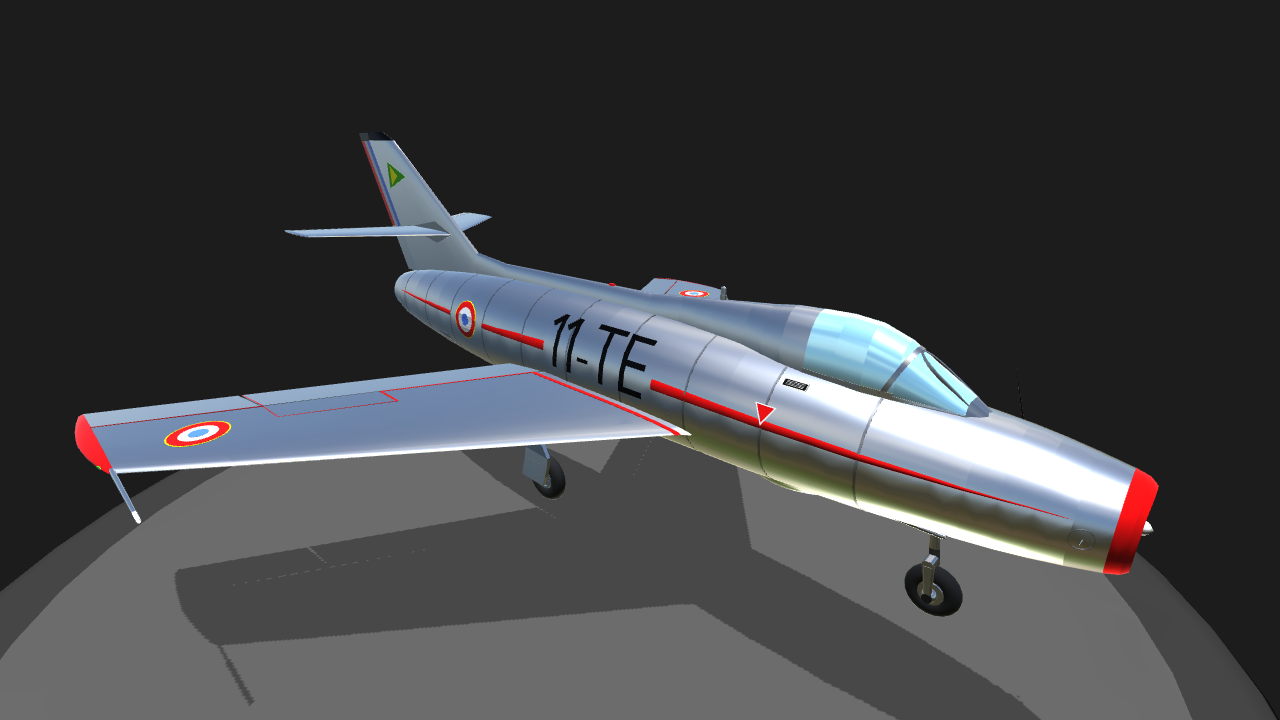 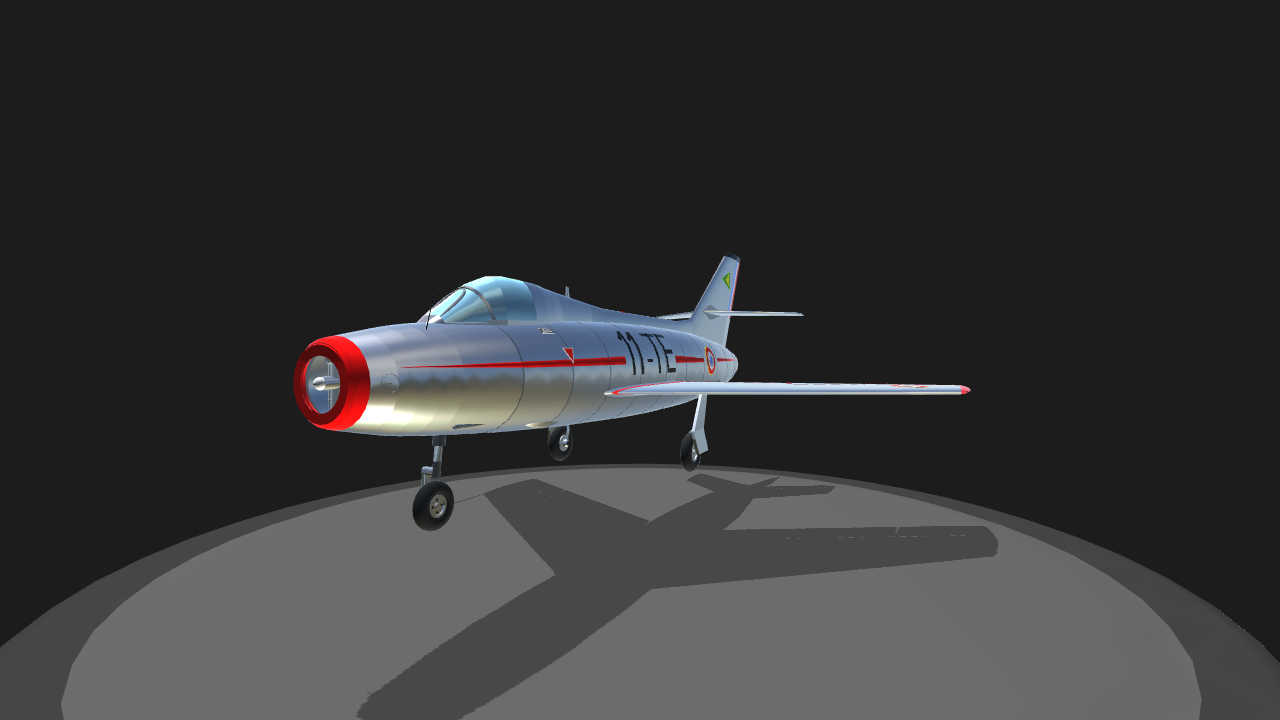 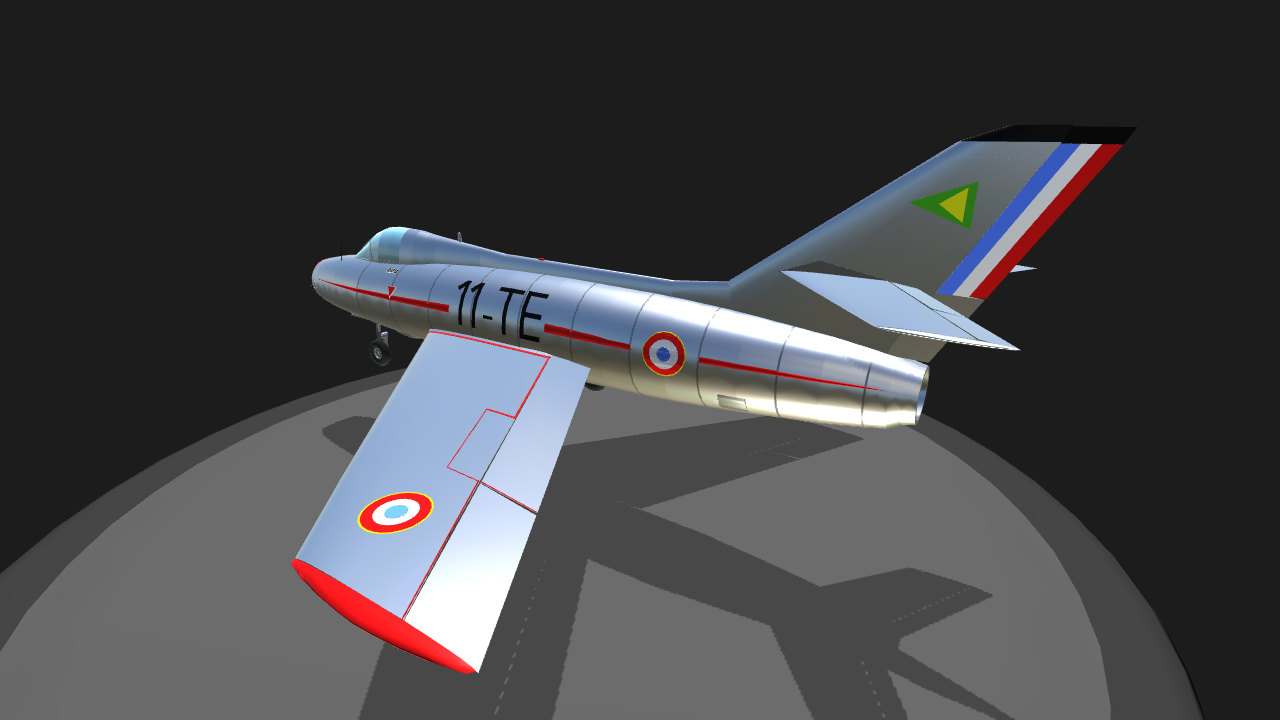 The Mystère IVA was a French transonic fighter jet which first flew in September 1952. It served the French, Israeli, and Indian armed forces and they were used extensively in combat until the 1980s. Some of the action they saw was during the 1956 Suez Crisis, the 1967 Six Day War, and during the 1965 Indo-Pakistani where they achieved scores of air to air victories. This is my personal favourite version of the Mystère and possibly one of my favourite aircraft from its era. I tried to make it as true to scale as possible but of course there are some errors (1:1 scale in SP is challenging as I just learnt).

Through quite a lot of tweaking, I managed to make its flight characteristics as similar to what I believe the characteristics of this aircraft were like. It flies most realistically between 500-6500ft. It will bleed off speed the harder you pull back or push on the pitch control (it bleeds off more when you pull back like it should in real life) and it accelerates slowly the way a jet of its era should. The speed does become too fast once you are above 7500ft though but due to the way SP works, you have to decide whether you want it optimised for lower or higher altitude.

Thanks to @RicardoAs1515 for the awesome screenshots!

I do hope you enjoy it! Please leave your feedback :) 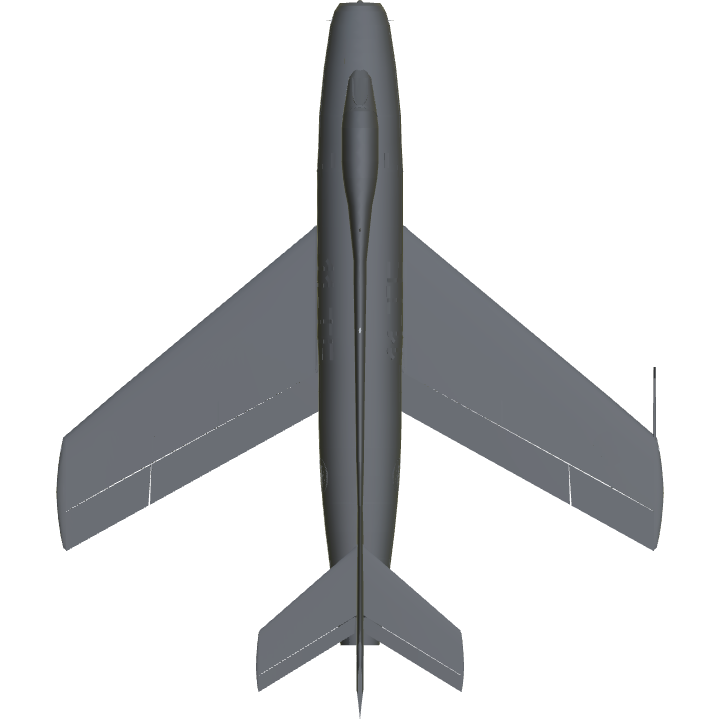 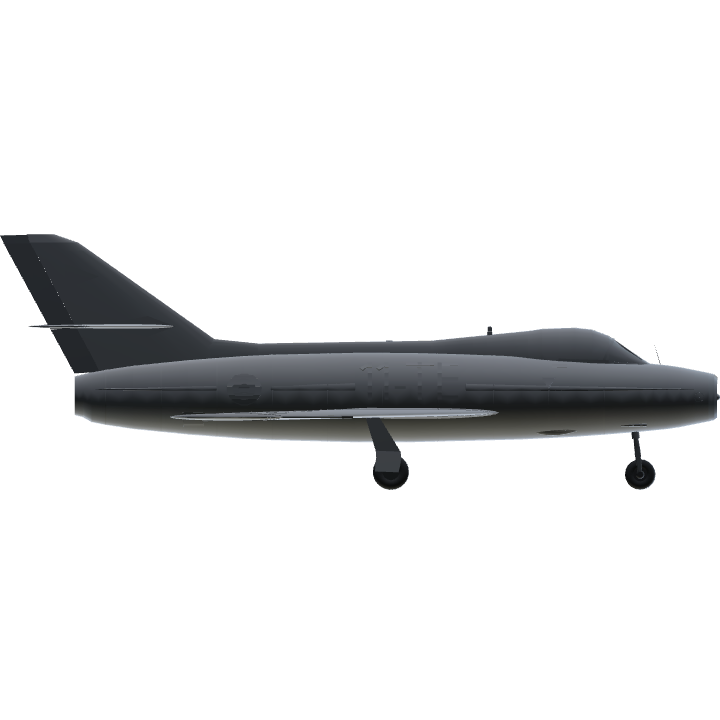