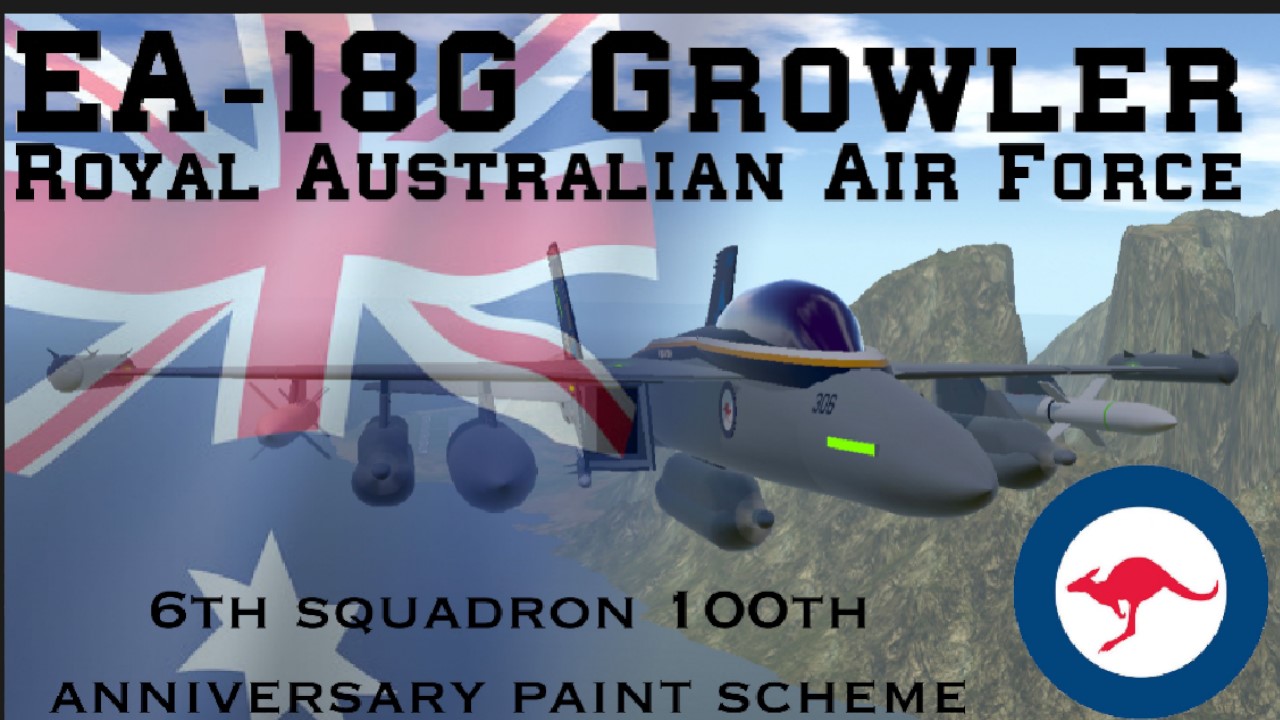 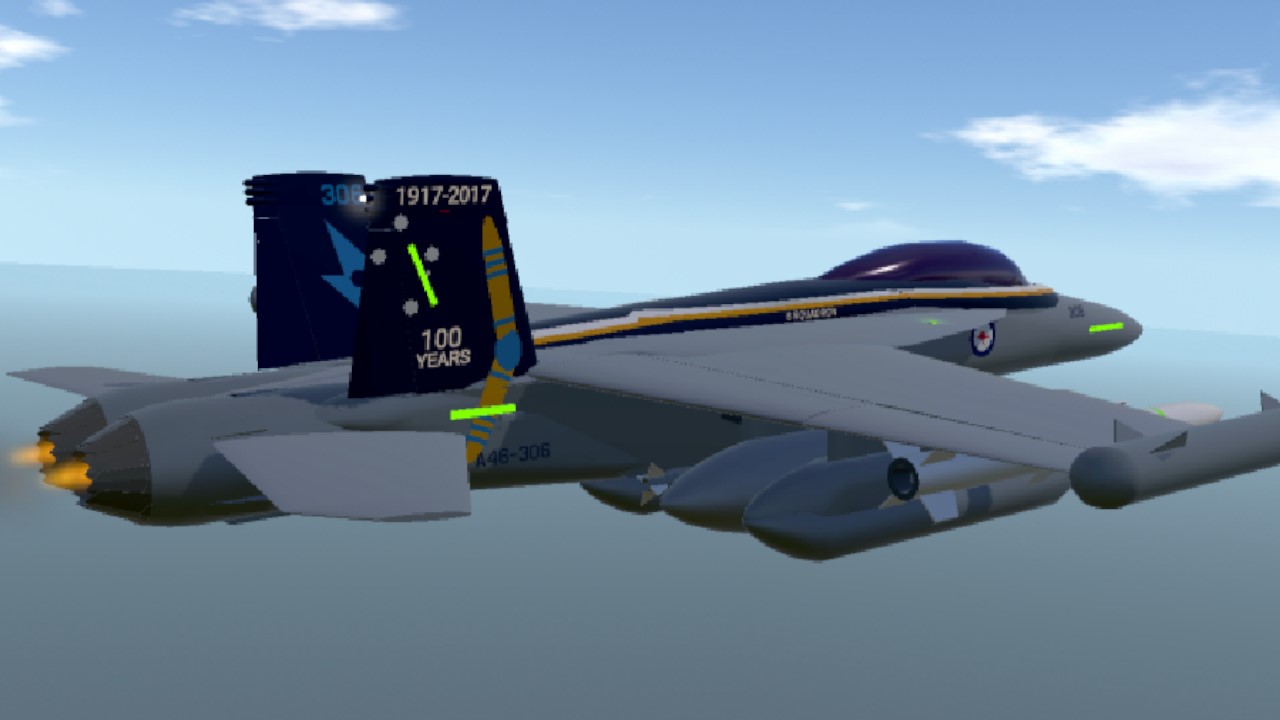 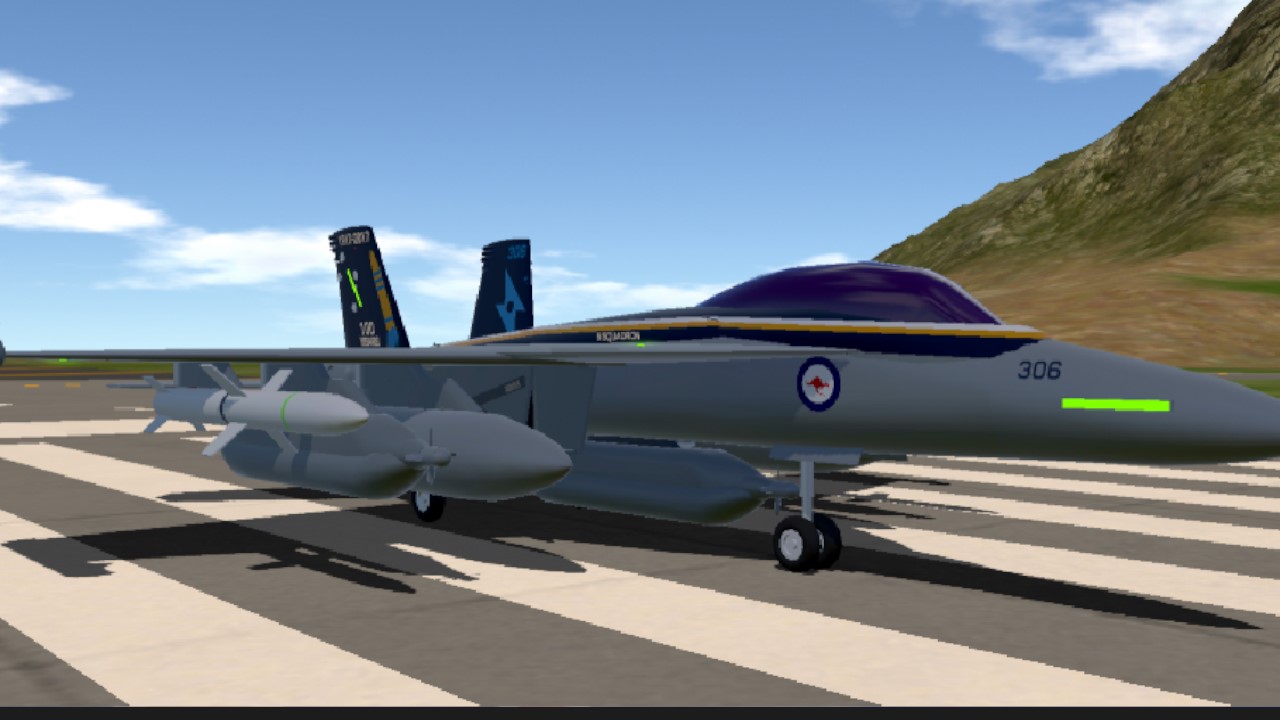 The Boeing EA-18G Growler is the electronic warfare version of the F/A-18F Super Hornet , initially produced in 2007 and put into service that same year after deciding that a dedicated electronic warfare aircraft was necessary for future operations within the US navy and eventually the RAAF

The EA-18G differs from it’s fighter brethren by having the wingtip mounted hard points removed and replaced with AN/ALQ-218 wide and receivers along with ALQ-99 high and low band tactical jamming pods. The 20mm Vulcan in the nose has been removed as well to make room for more electronics, rendering 2 AIM-120 AMRAAMs the only way (aside from electronic warfare suites and countermeasures) for the Growler to defend itself. Besides 2 AIM-120s the Growler can also equip two AGM-88 HARM anti-radiation missiles that allow radar installations to be precisely targeted and subsequently destroyed, most likely to carve a path for more capable fighter/bombers to attack hostile ground, air or naval units.

This growler differs from the others thanks to the paint job given to it by the 6th squadron to commemorate the 100th year anniversary since the 6th squadron of the Royal Australian Air Force was created in 1917. 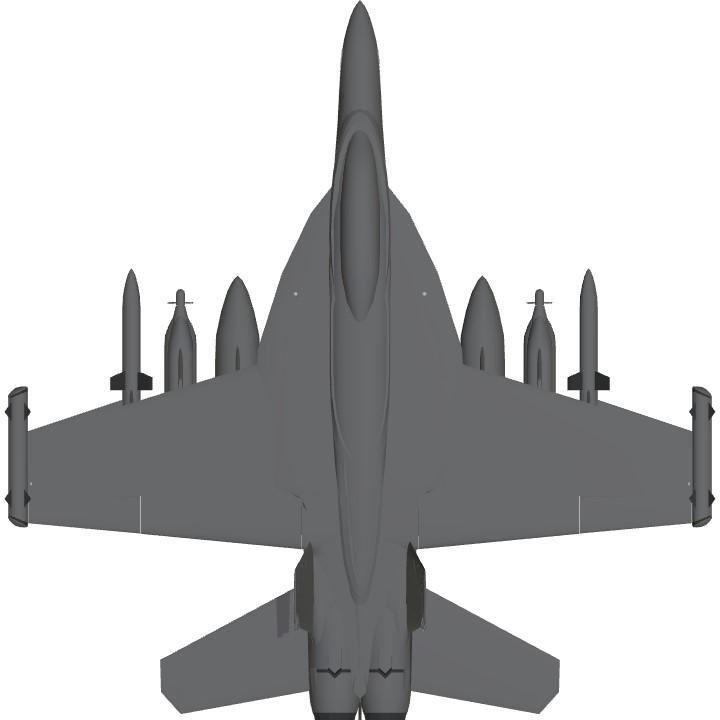 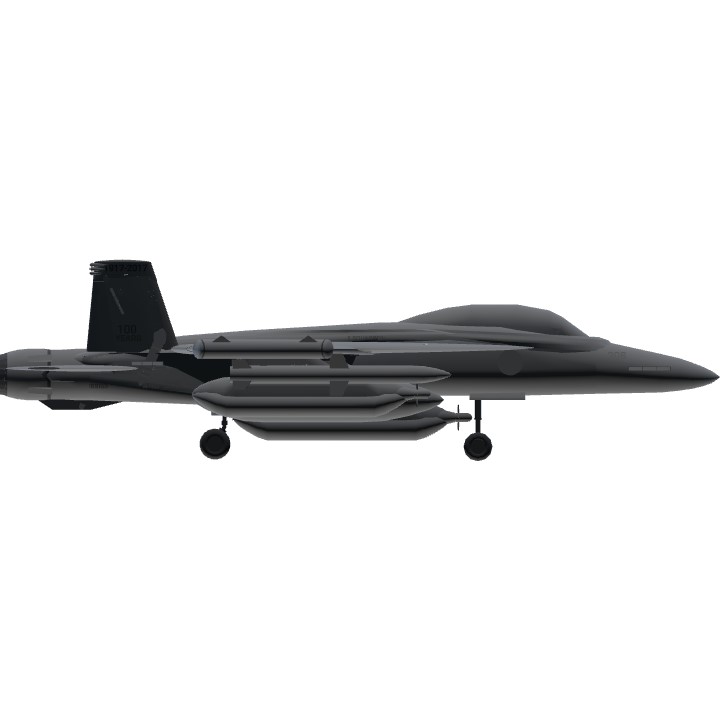 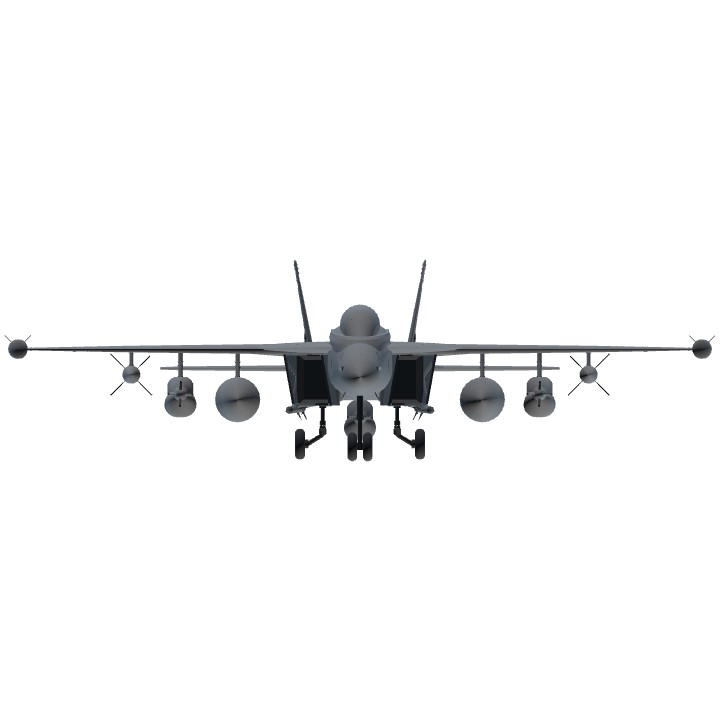