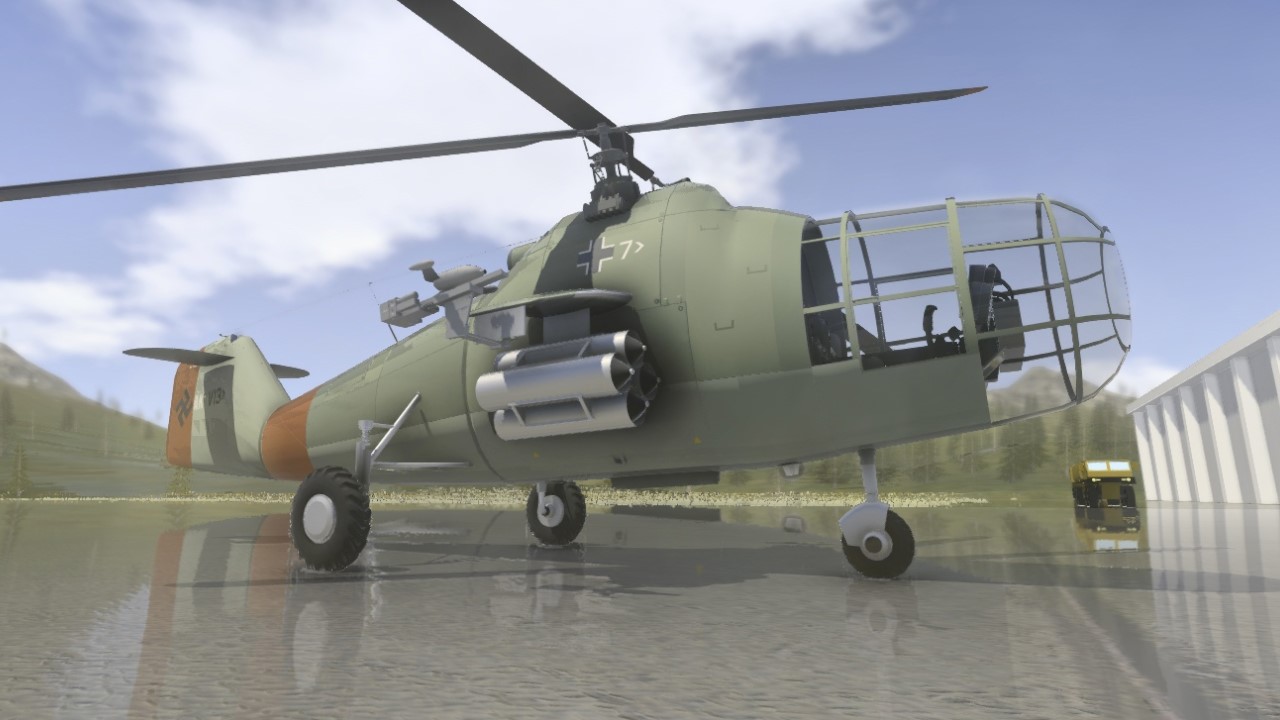 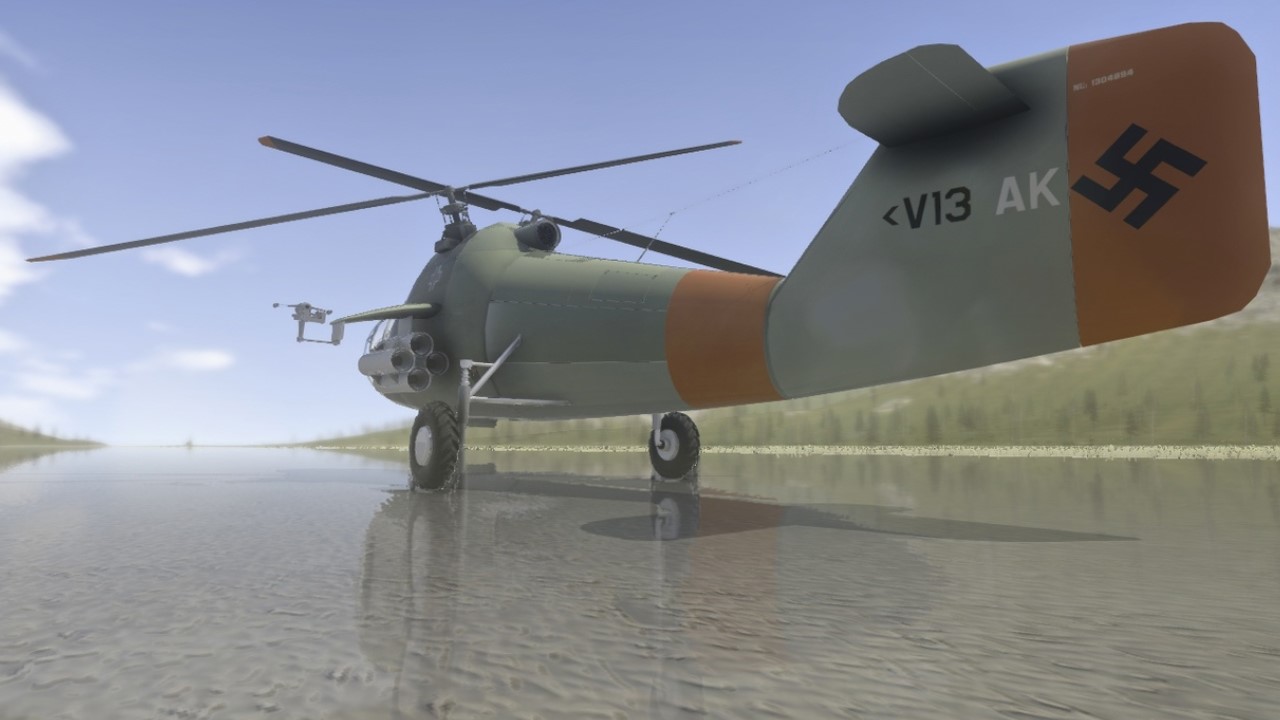 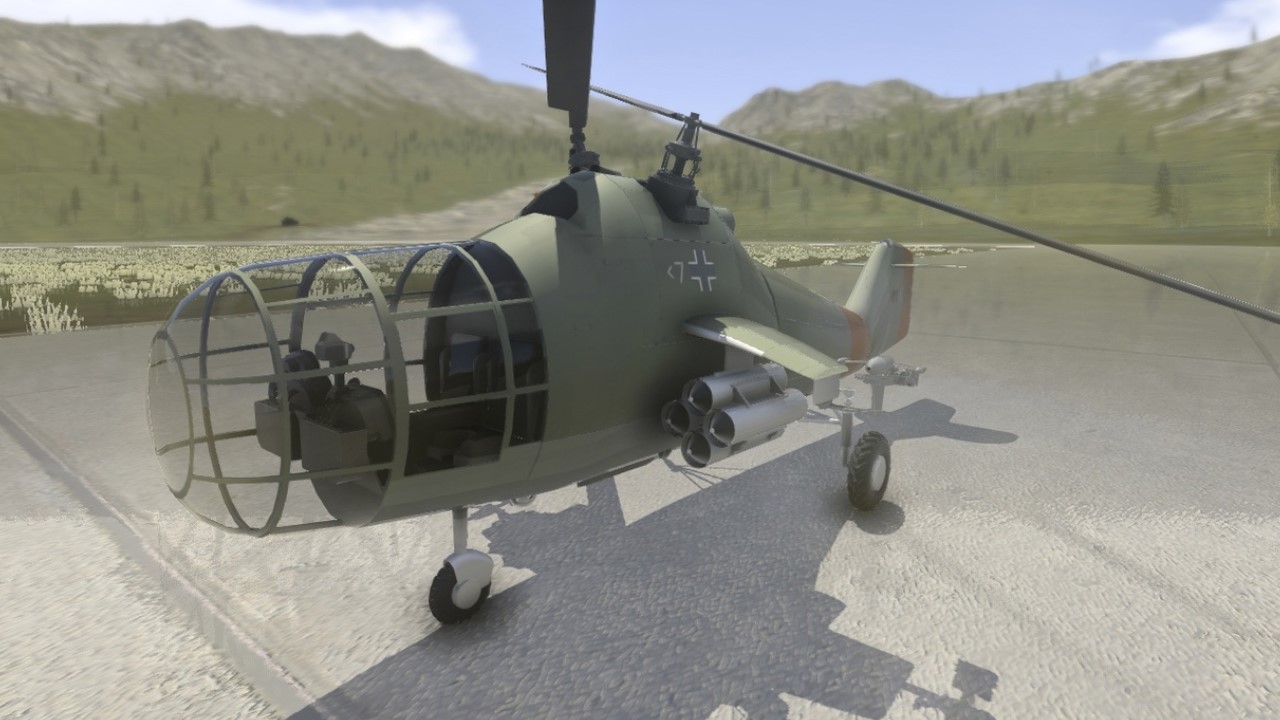 Were you waiting? No? Fine!

And so, a new helicopter! This time fictional, and is a reconnaissance attack helicopter (Neumeierland/Third Reich).

- AG5+Throttle: Activates afterburner for forward flight, not recommended to turn on full power!

- AG8: Turns off gyroscopes (and drop to the ground, lol) 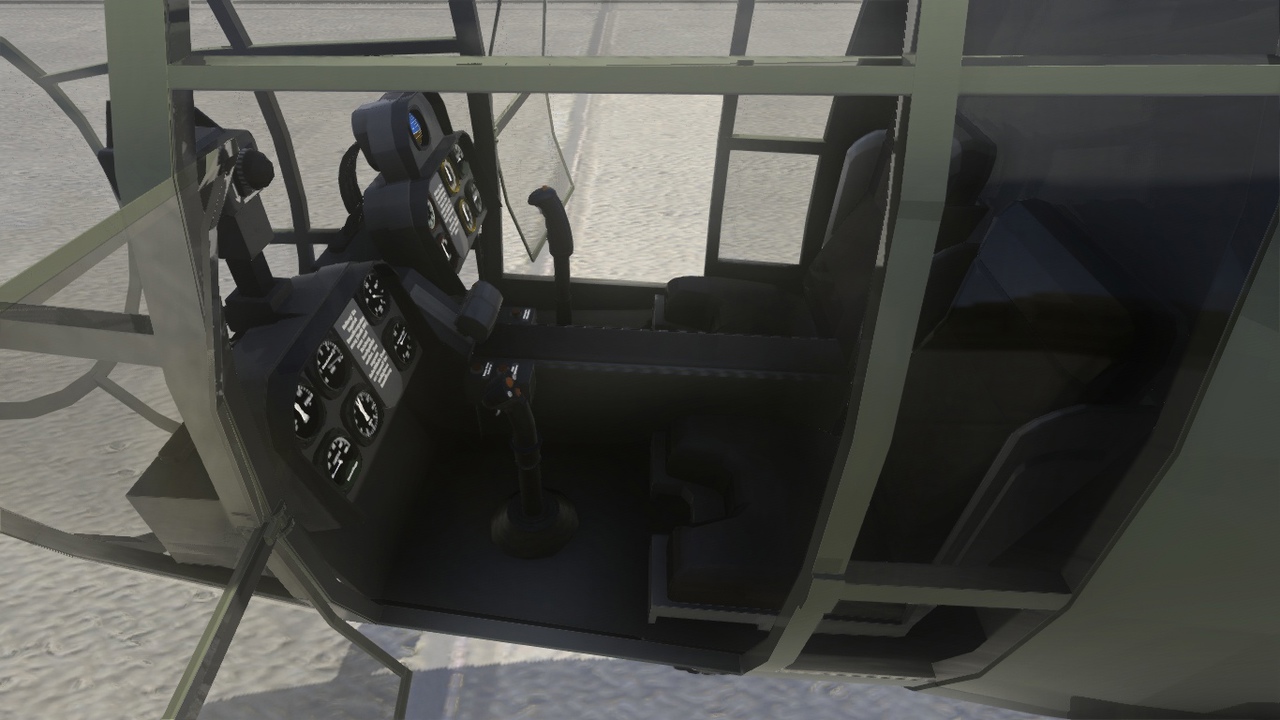 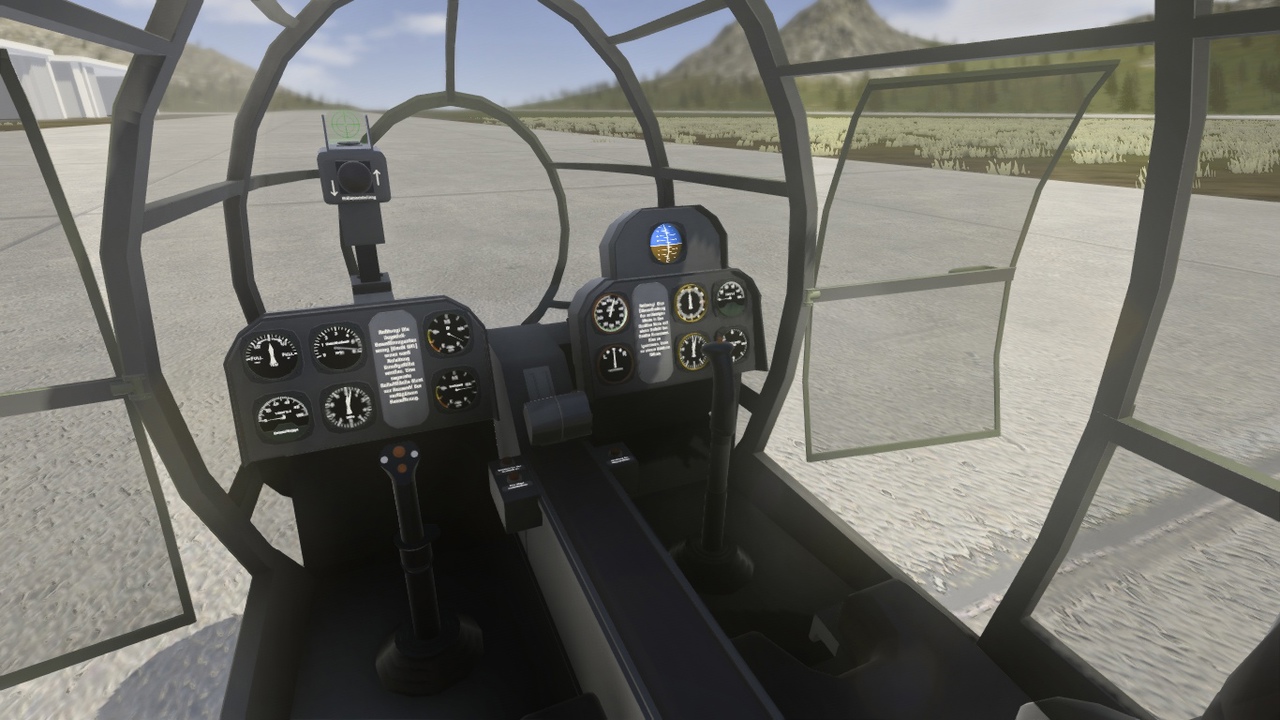 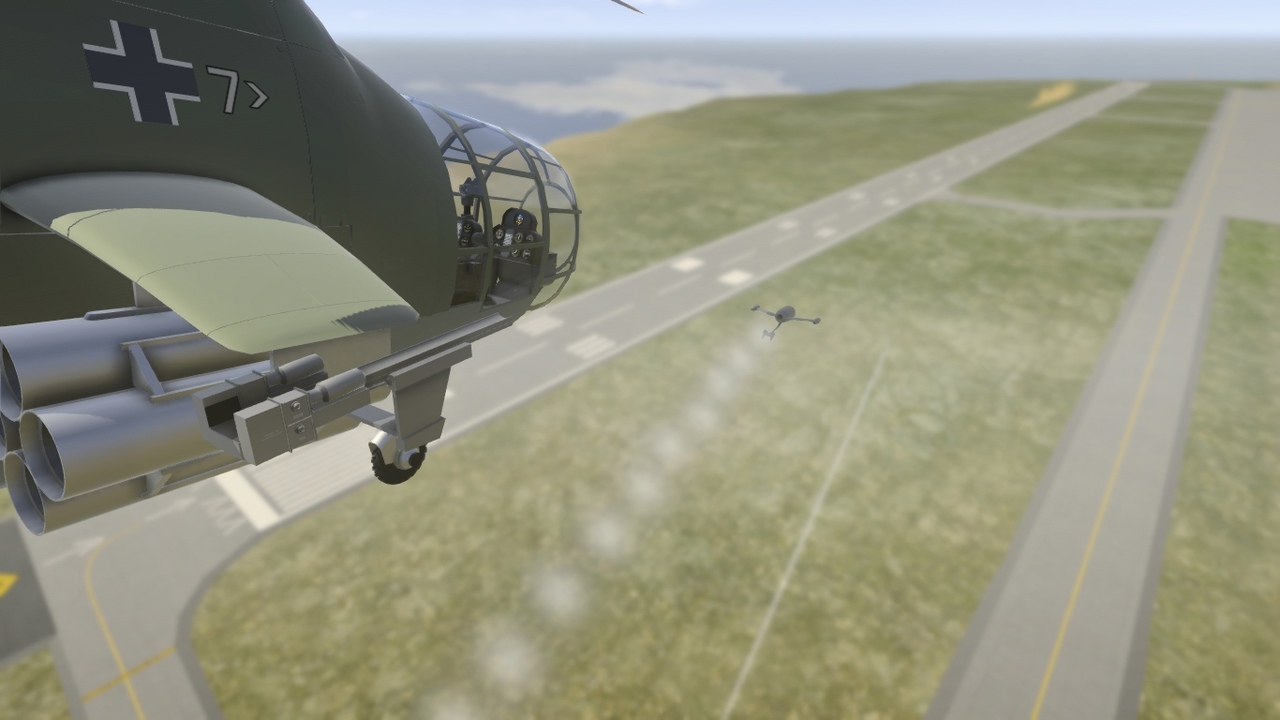 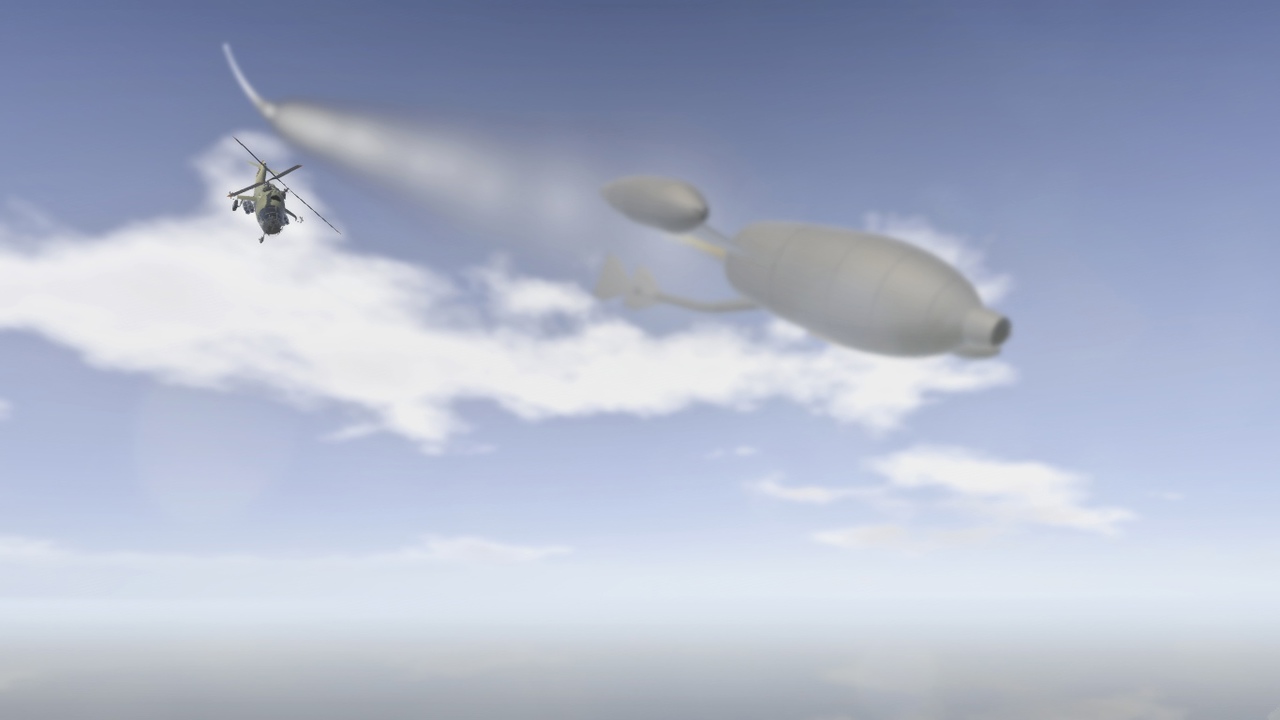 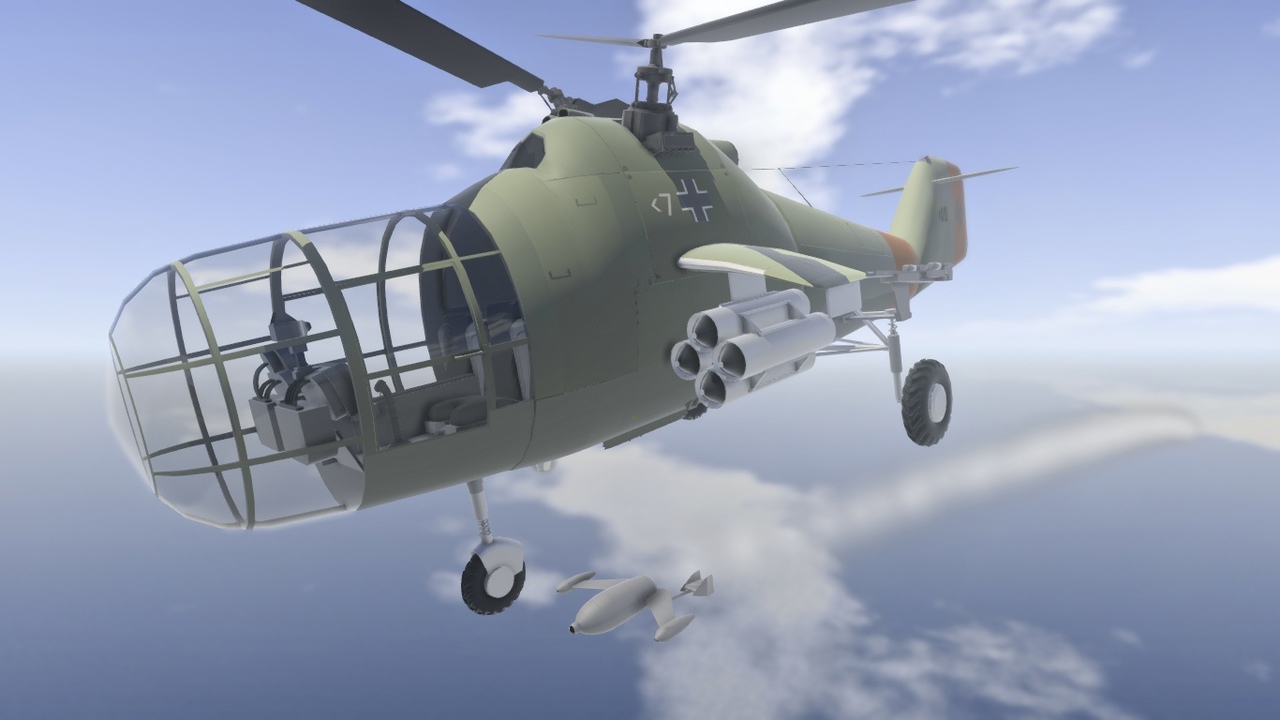 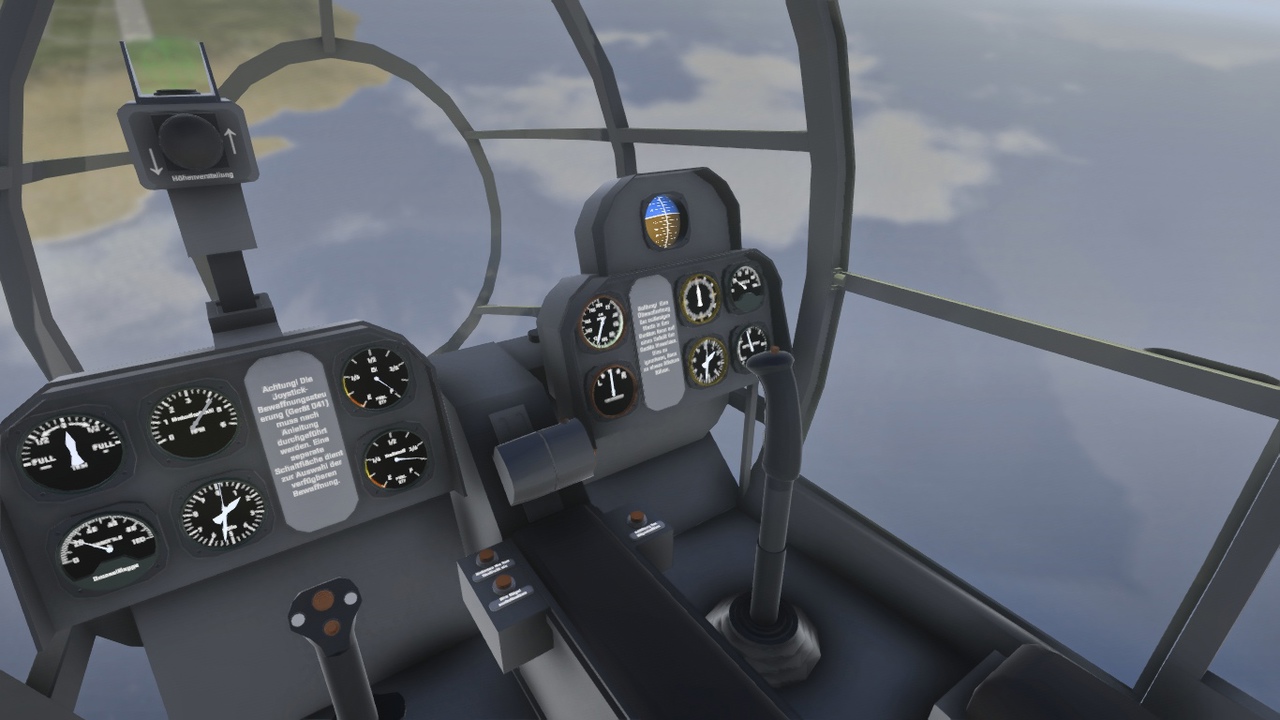 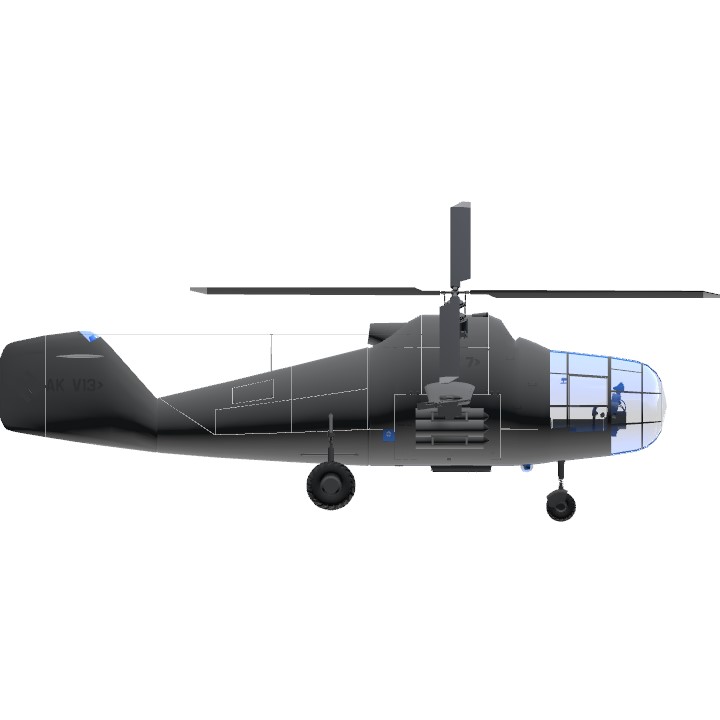 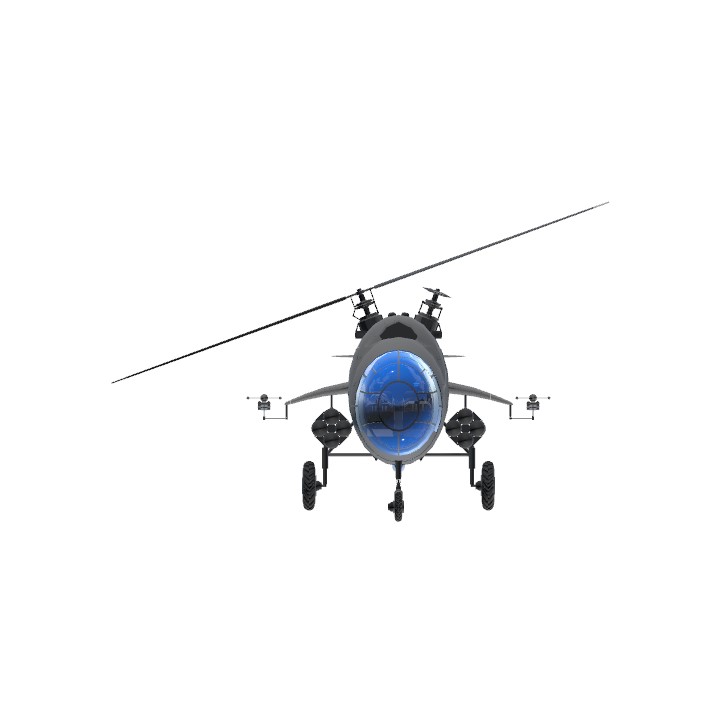