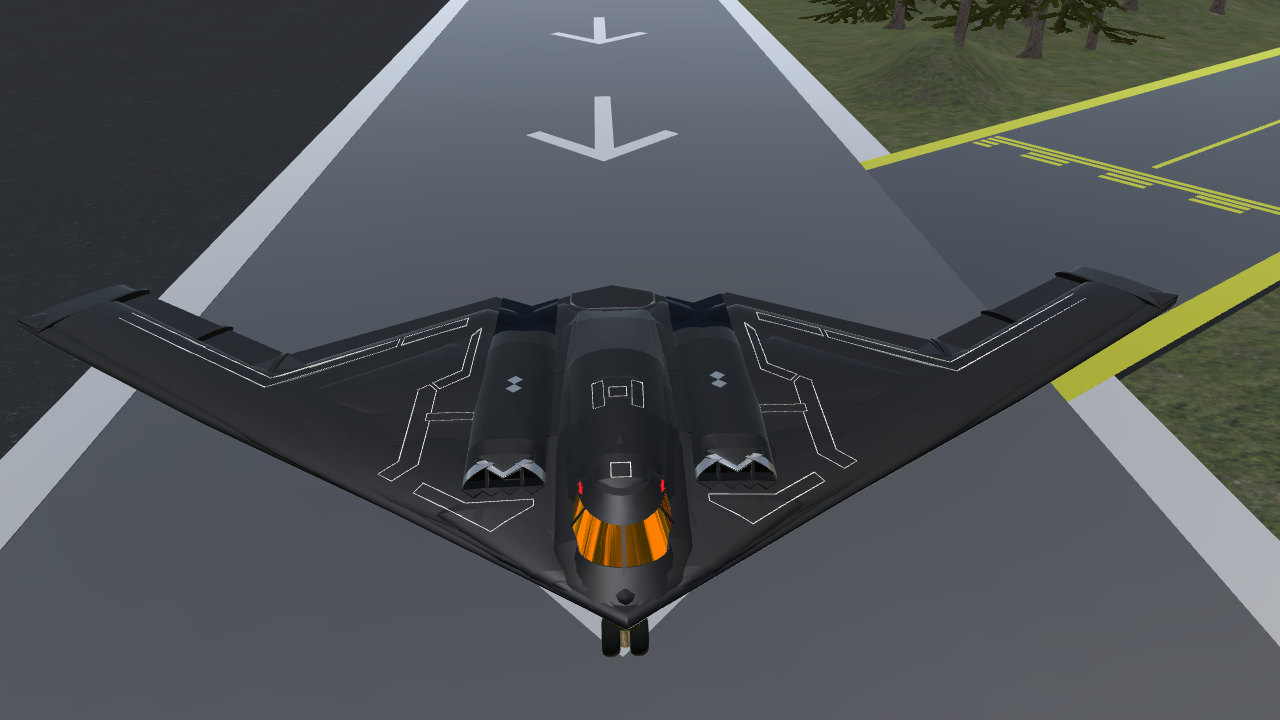 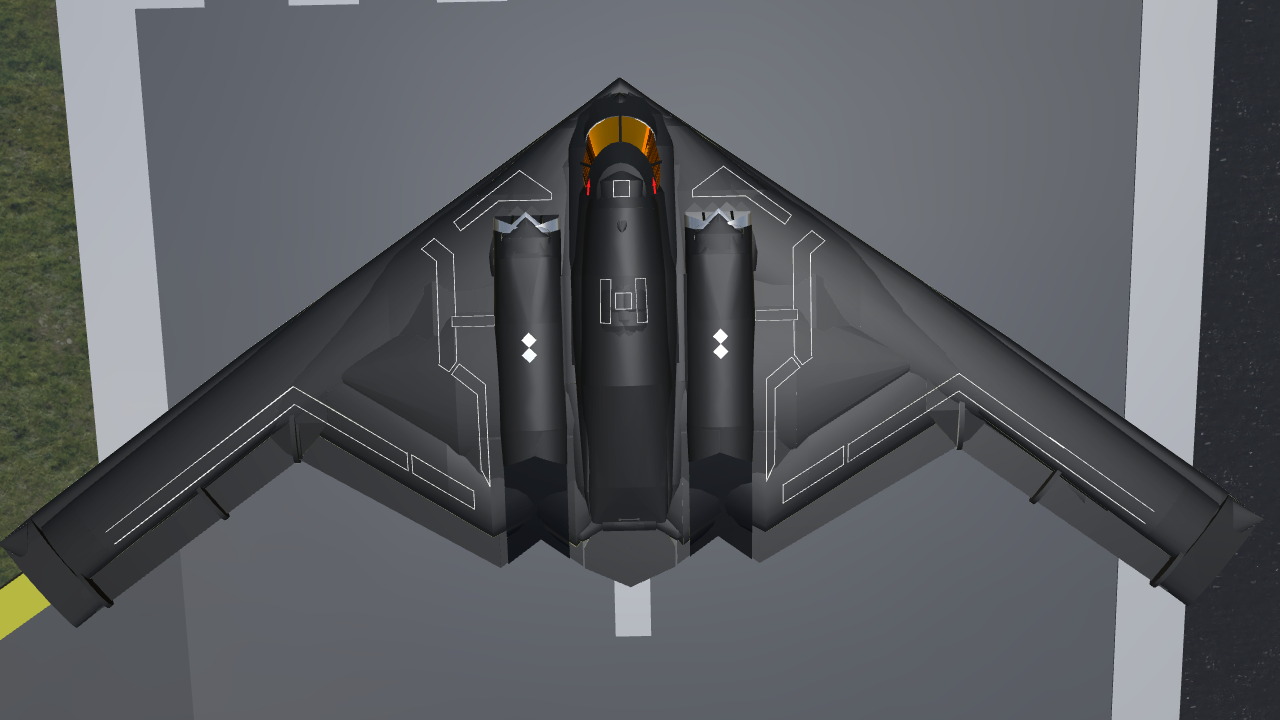 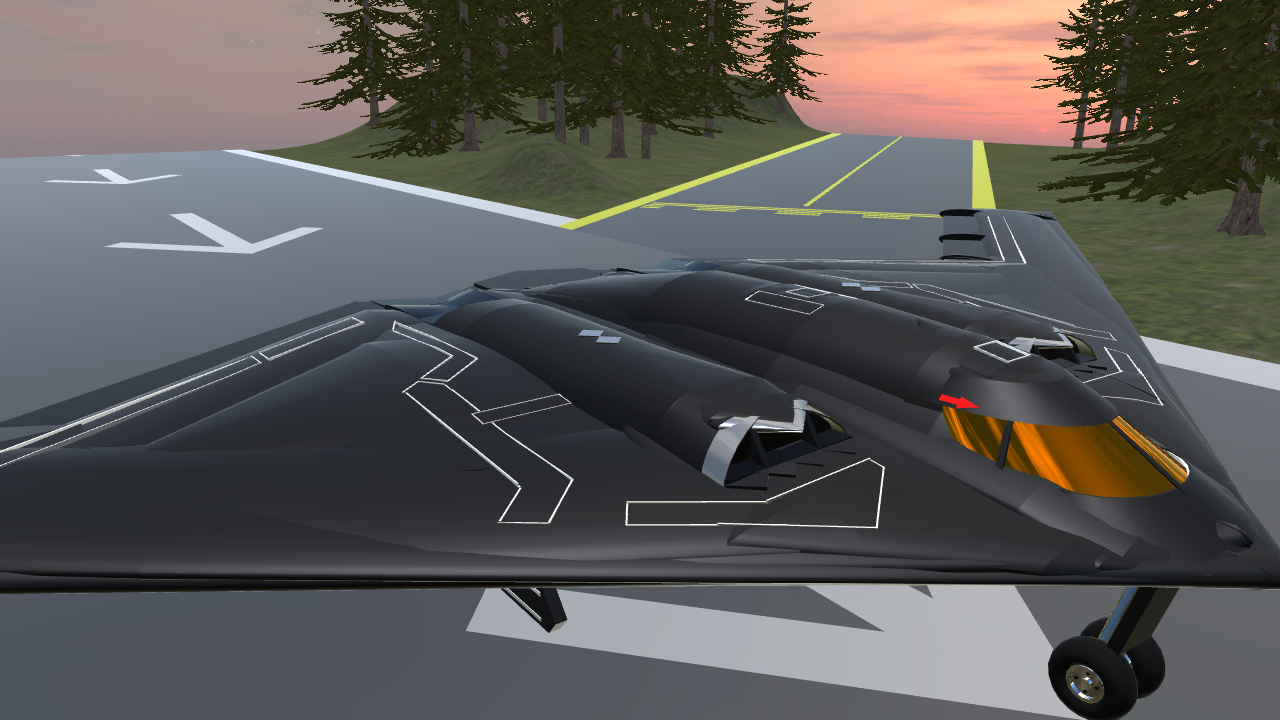 this was suppose to take 1 week but sekrit technique so I finish it after 6 hours
I try yo improve handling and shape for this build
1:1 scale here: https://www.simpleplanes.com/a/E6km34/B-2-1-scale
:[featurs]
-real speed
-real shape
-bombe bay

[control]
-classic control
-VTOL flaps
-Trim down bombe bay
-4 drop all the bombe in the same time
[Wikipedia]
The Northrop (later Northrop Grumman) B-2 Spirit, also known as the Stealth Bomber, is an American heavy penetration strategic bomber, featuring low observable stealth technology designed for penetrating dense anti-aircraft defenses; it is a flying wing design with a crew of two.[1][4] The bomber can deploy both conventional and thermonuclear weapons, such as eighty 500 lb (230 kg)-class (Mk 82) JDAM Global Positioning System-guided bombs, or sixteen 2,400 lb (1,100 kg) B83 nuclear bombs. The B-2 is the only acknowledged aircraft that can carry large air-to-surface standoff weapons in a stealth configuration.

Development originally started under the "Advanced Technology Bomber" (ATB) project during the Carter administration; its expected performance was one of his reasons for the cancellation of the supersonic B-1A bomber. The ATB project continued during the Reagan administration, but worries about delays in its introduction led to the reinstatement of the B-1 program as well. Program costs rose throughout development. Designed and manufactured by Northrop, later Northrop Grumman, the cost of each aircraft averaged US$737 million (in 1997 dollars).[3] Total procurement costs averaged $929 million per aircraft, which includes spare parts, equipment, retrofitting, and software support.[3] The total program cost including development, engineering and testing, averaged $2.1 billion per aircraft in 1997.[3]

WARNIG DO NOT CRASH!!! 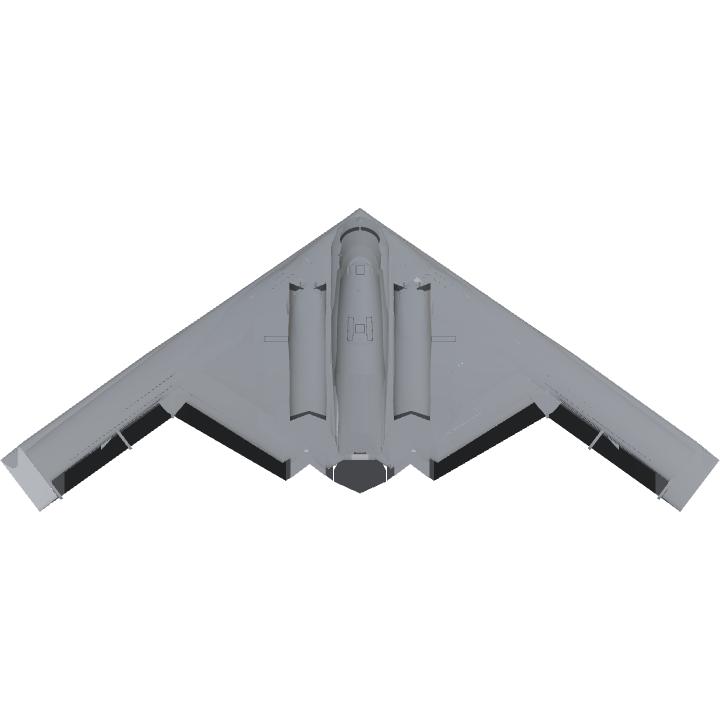 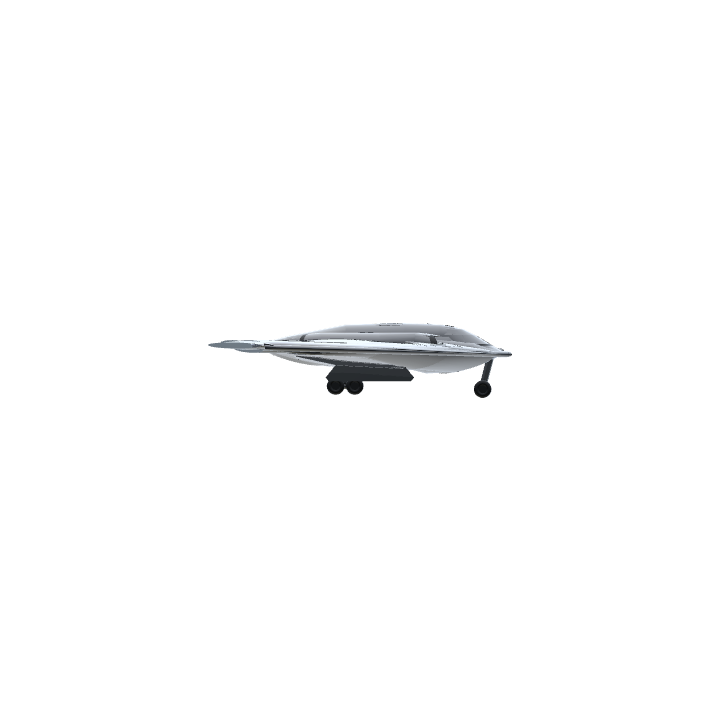 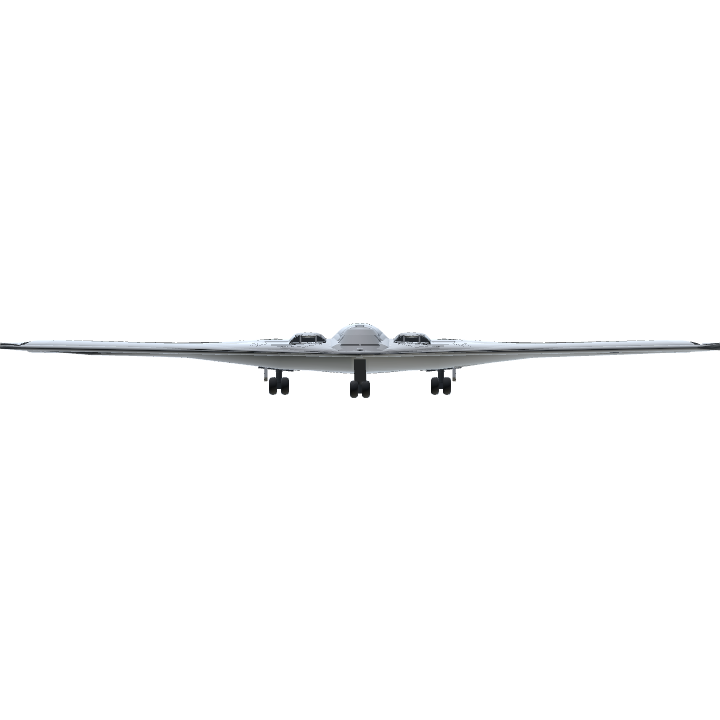