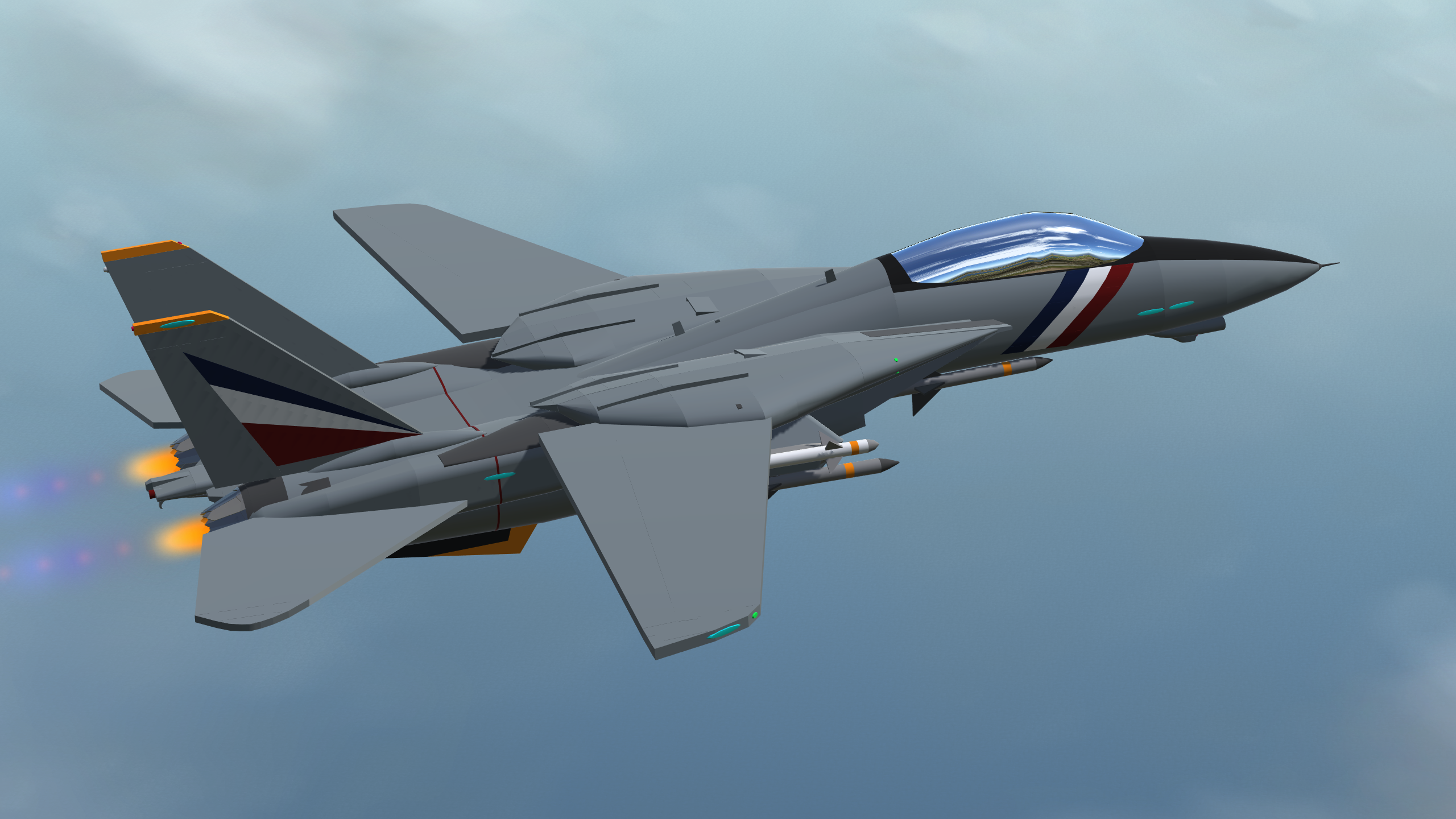 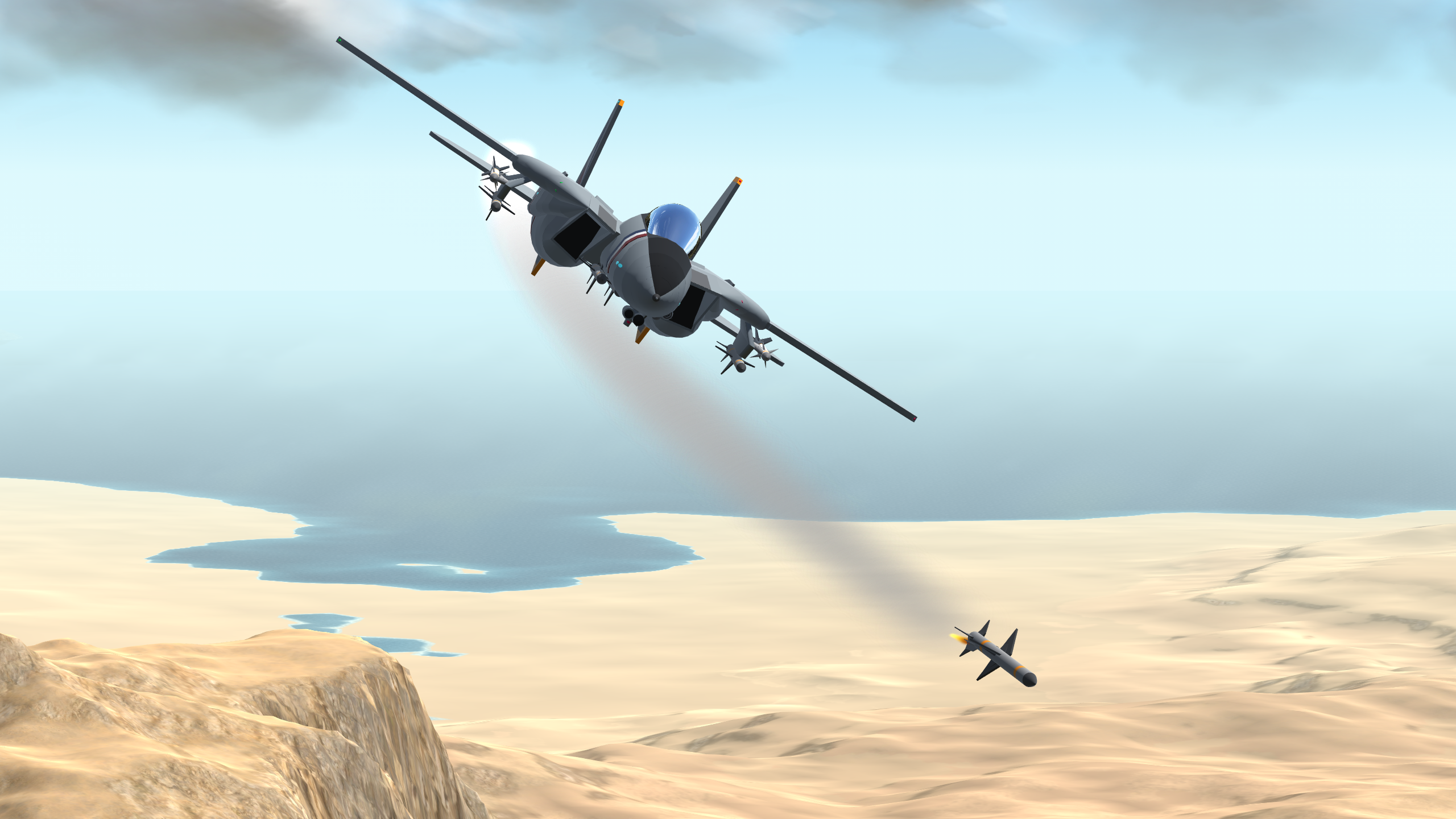 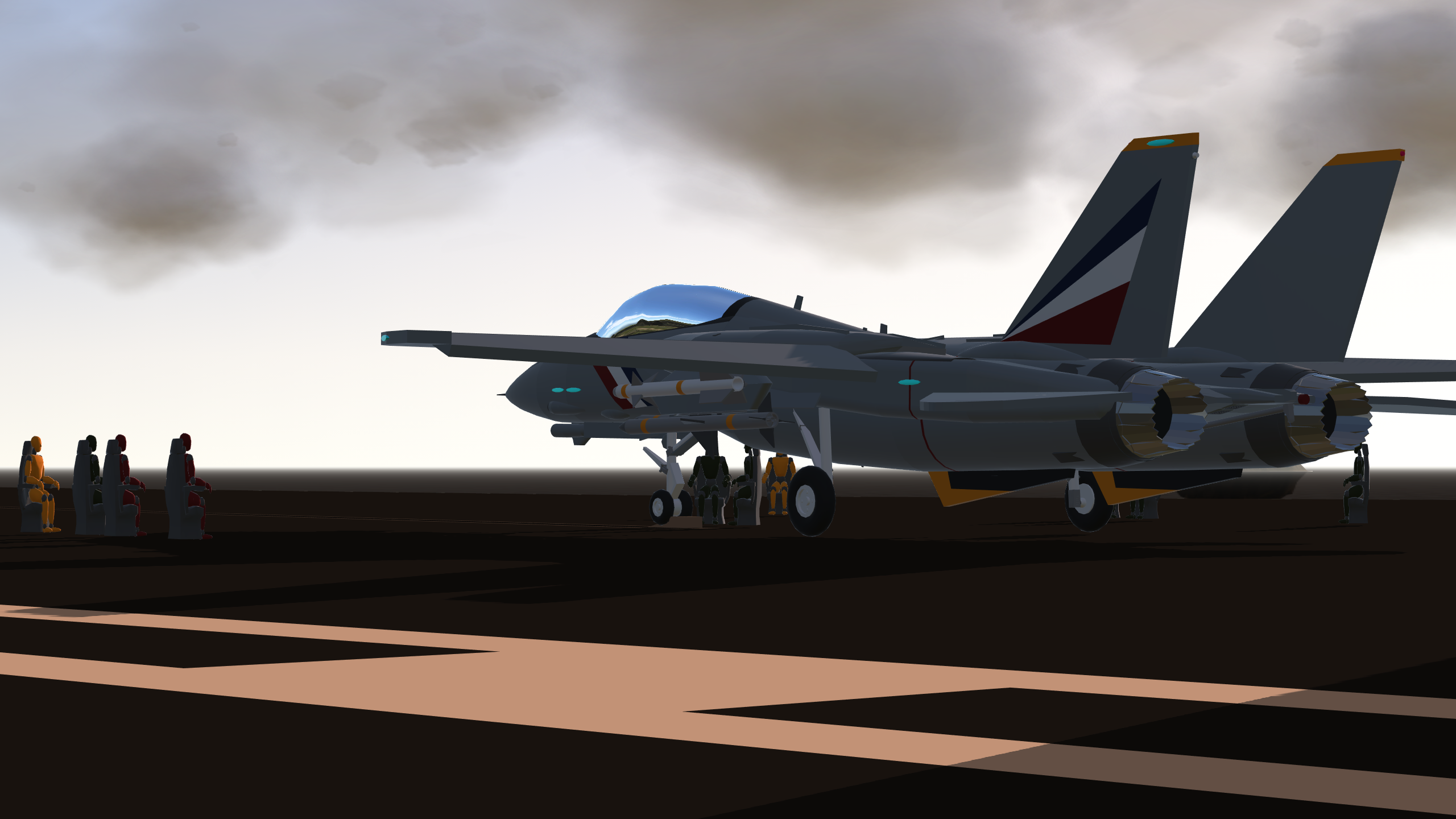 Author's Notes
- The AIM-54's do not lock on within 3km.
- Roll becomes sensitive and unstable when flaps are down. I usually don't use full flaps for landing/takeoff.
- Sweeping wings back increases top speed and severely decreases turn rate and climb rate. The half-sweep mode is great for conserving energy in turns though.
- Make sure to adjust VTOL when sweeping wings to stay level.
- When taking off, don't pull up until reaching 350 km/h.
- Wings sweep all the way back at 100% throttle and will be at half-sweep when not at full throttle. (Also full-sweep when landing gear is down.)
- I recommend using the Zoom Mod by MOPCKOEDNISHE and 5 FOV for the targeting pod camera in Alt.Config.4.
- The FT used in the LANTIRN targeting pod comes from nafeij's Auto-Stabilized Target-Tracking Camera.
- The targeting pod camera works best on targets that are ahead of the aircraft.
- The part count is a little higher than I would've liked but oh well... :P
- The fuel on this plane is unlimited.
- The ammo on the gun is unlimited. 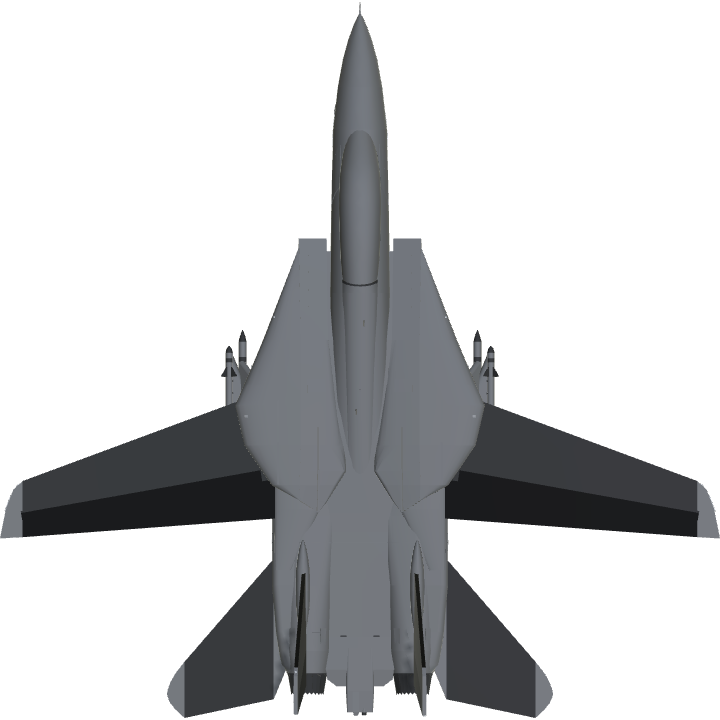 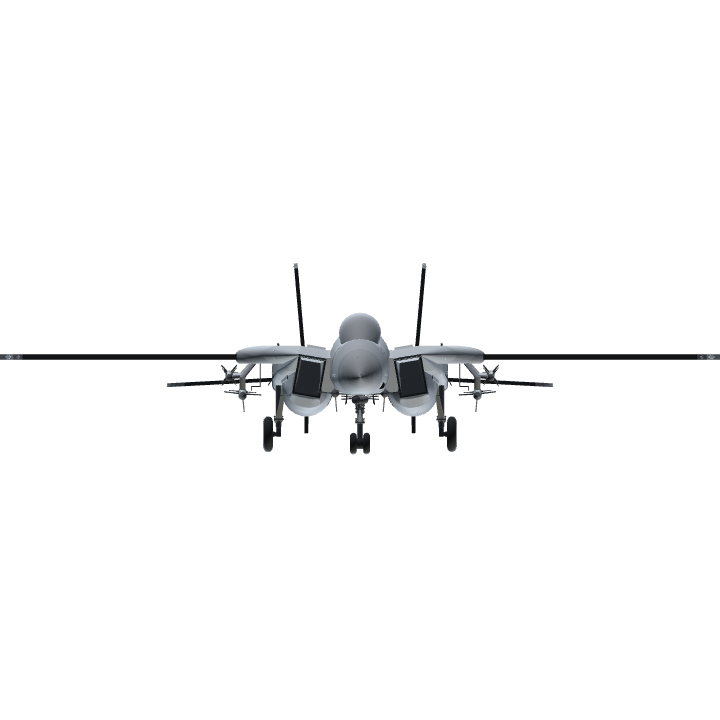