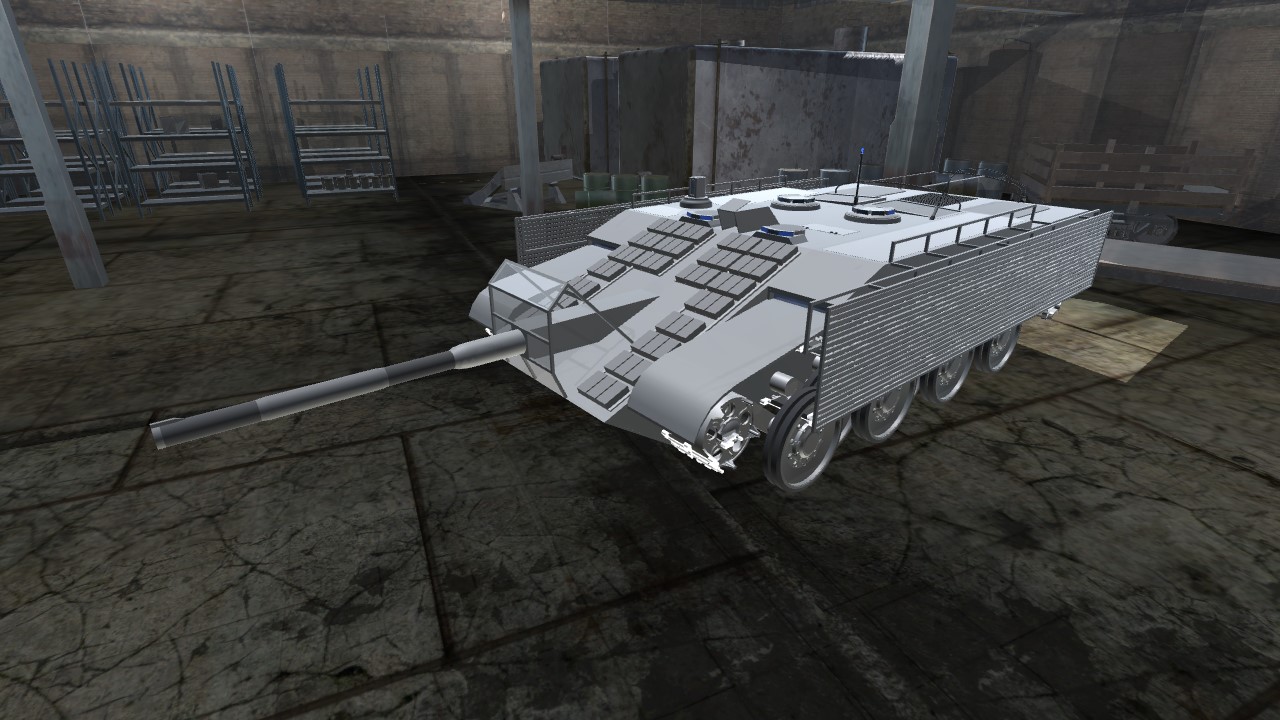 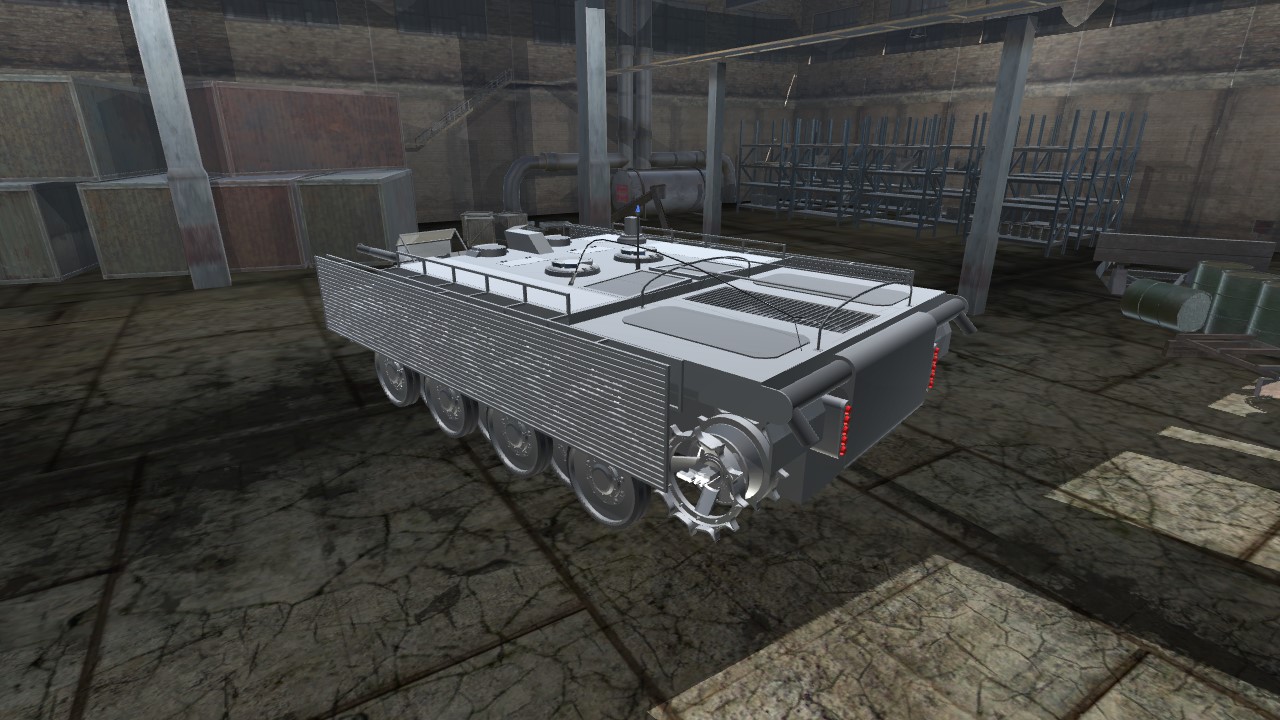 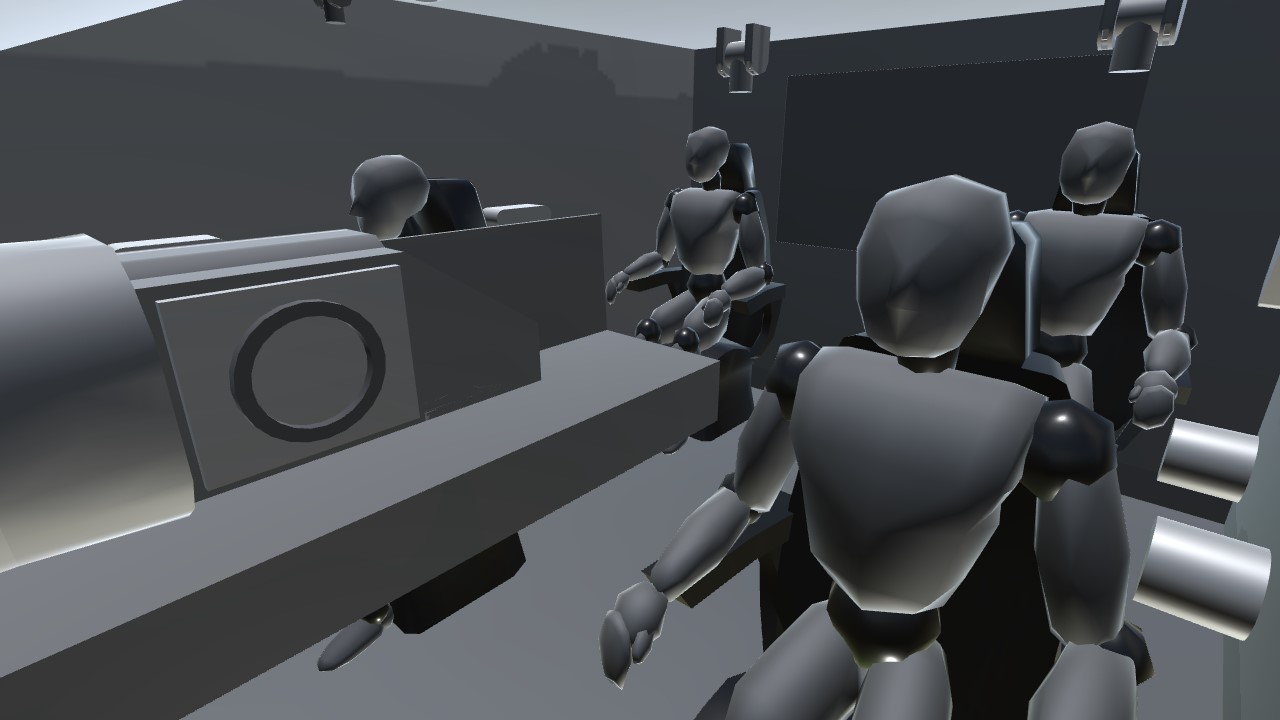 •Fighting Compartment & Crew Layout
The overall design is most exactly like that of the prior iteration; with a fixed main gun attached to a casemated hull, offering superior frontal protection and low profile to a traditional MBT.
Crew is aligned around the breech, with loader and gunner at front, with commander and driver behind them.

Crew is positioned as below:
1. Gunner
2. Commander
3. Loader
4. Driver

The new(-ish) Rh-128A7A1 128mm smoothbore main gun is centerpiece of the fighting compartment, being manually loaded on the left from the rear-most ammo stowage compartment, and/or 3-round ready rack.
There are future plans to develope an ATGM that can be fired from the breech for added versatility.

Rear ammo stowage roughly as shown from the loader position. APFSDS is currently only modeled

All of these effective weapons and spacious crew compartments would come to waste if not for a variety of optics made available to the crew: the gunner having access to a large targeting optic directly above the gun and three vision blocks directly above him, the driver having access to not only a set of similar optics to the gunner but also a rear-facing optic for when driving in reverse. The commander has access to every optic available on the vehicle, most prominently the 360° SITREP optic just ahead the ammo stowage blowout panels.

•Frontal Protection
The armor offered by the Upper Frontal Plate and Lower Frontal Plate is considered a significant upgrade over that of it's predecessor, with large pockets filled with a variety of composite armor that gives up to a meter of armor, and more when in combat. Additionally, a set of lamented balistic glass panels are mounted over the gun to provide additional protection against HEAT projectiles at the weakest part of the armor and to provide slightly more protection for the gun itself. These segmented panels can be removed individually, or the entire shield can be removed by the crew if needed.
The addition of removable rubber-coated ceramic blocks acting as NERA to protect the remaining chunk of armor from chemical rounds, and adding extra armor for penetrator rounds to pass through, the frontal armor can easily be considered some of the best passive protection available to a modern tank. Though, this comes at the cost of more than abysmal side armor, only capable of consistently withstanding 14.5mm HMG fire from over 50 meters, though addition of slat side armor offers some protection against infantry HEAT projectiles.

•Versatility & Misc
Much like the last, the suspension is the only means for laying the gun onto target because of it's fixed nature. Extra emphasis was placed for the stability while moving, despite doctrine dictating firing while stationary. Regardless, the suspension of the vehicle offers an equal +15°/-15°, while while not outstanding, is more than enough for the flat terrain of Ostpreußen.

With mention of suspension, a more powerful engine capable of getting the "light" MBT up to an impressive 50mph (80km/h) top speed. Though, this is limited to 40mph to increase longevity of the engine, suspension, tracks, and keep possibility of crew injury from vibrations low.

•Experience from Predecessor
With experience gained from the original Pancake MBT, and the general awkwardness from travelling with a long barrel ahead/behind the vehicle, it was a major requirement to have the gun mounted further back in the casemate to reduce the overall length, as well as a generally shorter barrel. As shown, this was able to succeed reasonably well, though it's been noted in trials that over extremely rough and uneven terrain that the barrel strikes the ground. Despite that, it was deemed such terrain was so uncommon in Ostpreußen that the likelyhood of damage to the barrel being small during average combat.

Another bit of experience gained that was pressed into this design was taking full advantage of the very low profile this vehicle design offers; the ability for the suspension to lower to near bottoming out to allow the entire vehicle to hide in tall shrubs or allow crew to hide the vehicle. When stationary, the vehicle stands around 6ft (1.8m), but can lower to at most 5ft (1.5m).
Completely lowering the suspension makes the vehicle unable to move anywhere near it's top speed, let alone comfortably for the crew.

Note from Staffel
So, with the Pancake successor finally finished, means I have time to finish off the second Rastus between all the procrastinating.
Already had finished the turret sorta, and all I'm needing is a description which I'll start on in the next few days.
So with all that said, idk, enjoy the waffle. 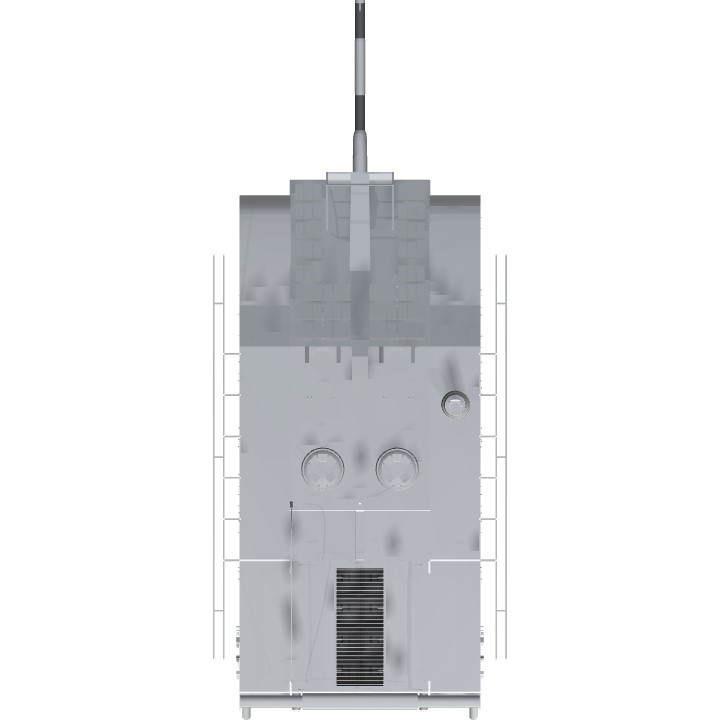 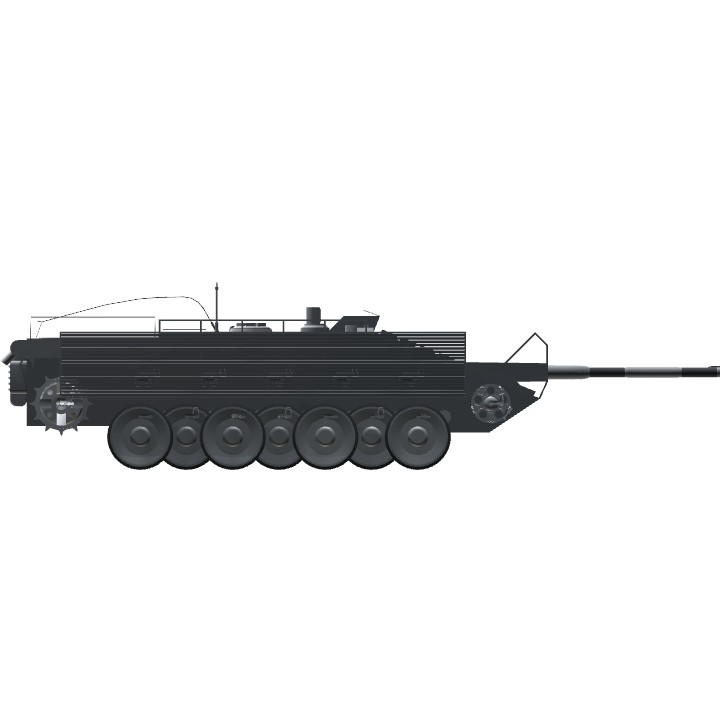