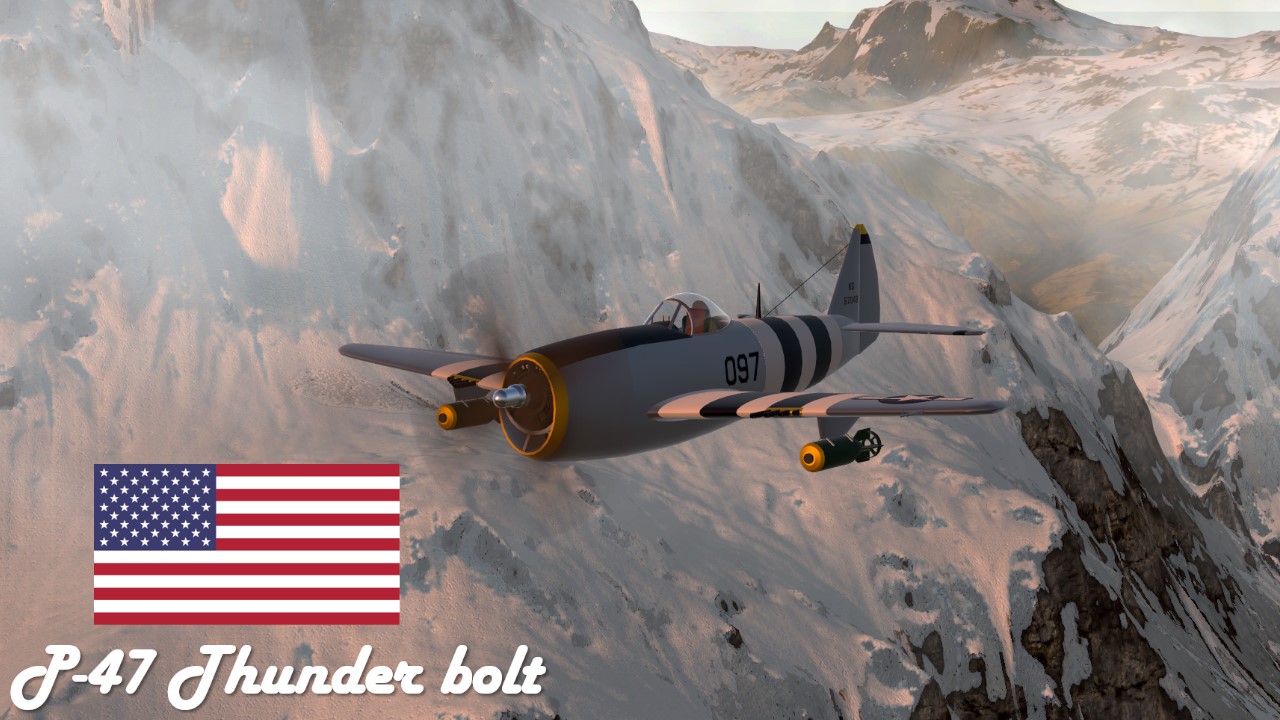 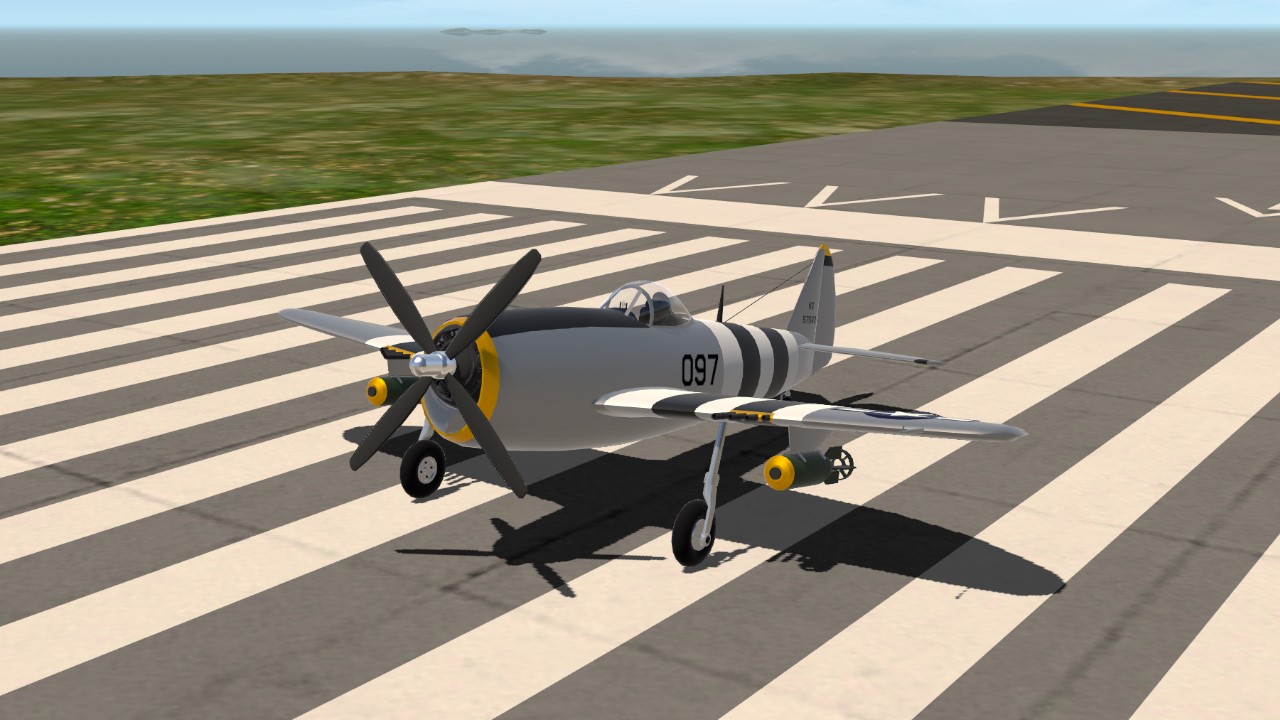 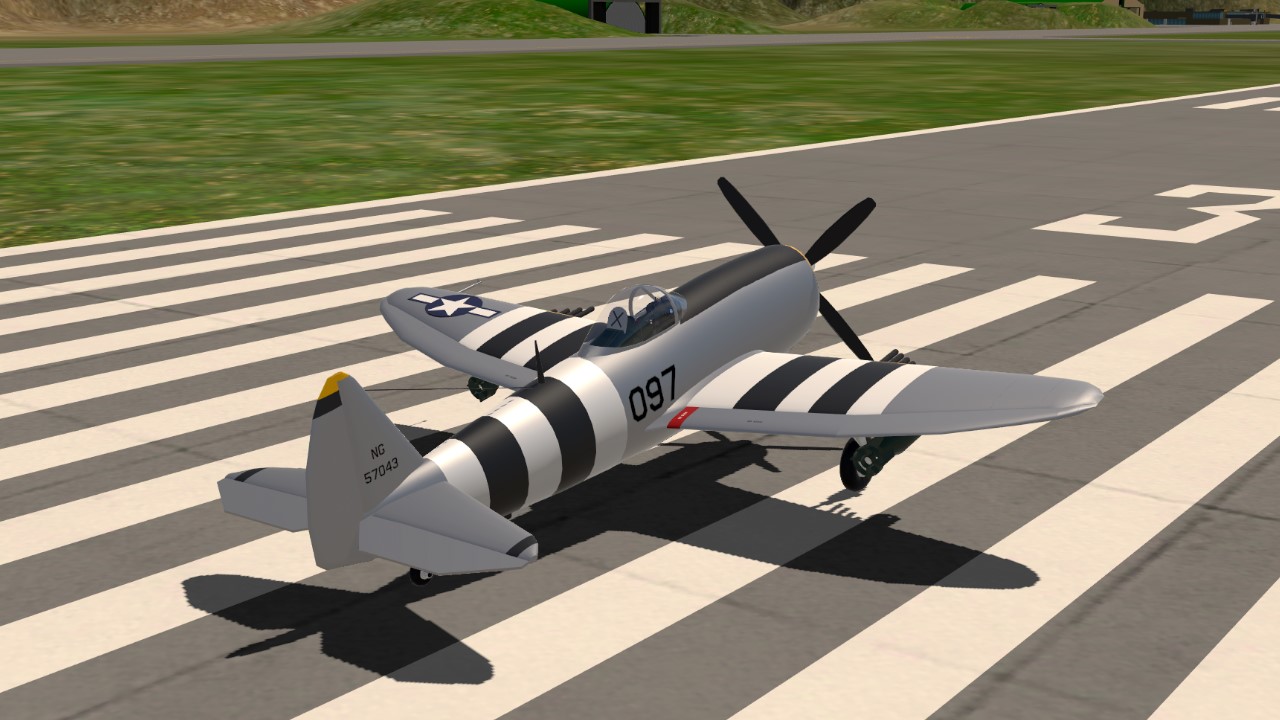 The Republic P-47 Thunderbolt is a World War II-era fighter aircraft produced by the American aerospace company Republic Aviation from 1941 through 1945. Its primary armament was eight .50-caliber machine guns, and in the fighter-bomber ground-attack role it could carry five-inch rockets or a bomb load of 2,500 lb (1,100 kg). When fully loaded, the P-47 weighed up to eight tons, making it one of the heaviest fighters of the war.

The Thunderbolt was effective as a short-to medium-range escort fighter in high-altitude air-to-air combat and ground attack in both the European and Pacific theaters. The P-47 was designed around the powerful Pratt & Whitney R-2800 Double Wasp 18-cylinder radial engine which also powered two U.S. Navy/U.S. Marine Corps fighters, the Grumman F6F Hellcat and the Vought F4U Corsair. An advanced turbo-supercharger system ensured the aircraft's eventual dominance at high-altitude, while also influencing its size and design.

The P-47 was one of the main United States Army Air Forces (USAAF) fighters of World War II, and also served with other Allied air forces, including those of France, the United Kingdom, and the Soviet Union. Mexican and Brazilian squadrons fighting alongside the USAAF also flew the P-47.

The armored cockpit was relatively roomy and comfortable and the bubble canopy introduced on the P-47D offered good visibility. Nicknamed the "Jug" owing to its appearance if stood on its nose, the P-47 was noted for its firepower, as well as its ability to resist battle damage and remain airworthy. A present-day U.S. ground-attack aircraft, the Fairchild Republic A-10 Thunderbolt II, takes its name from the P-47. 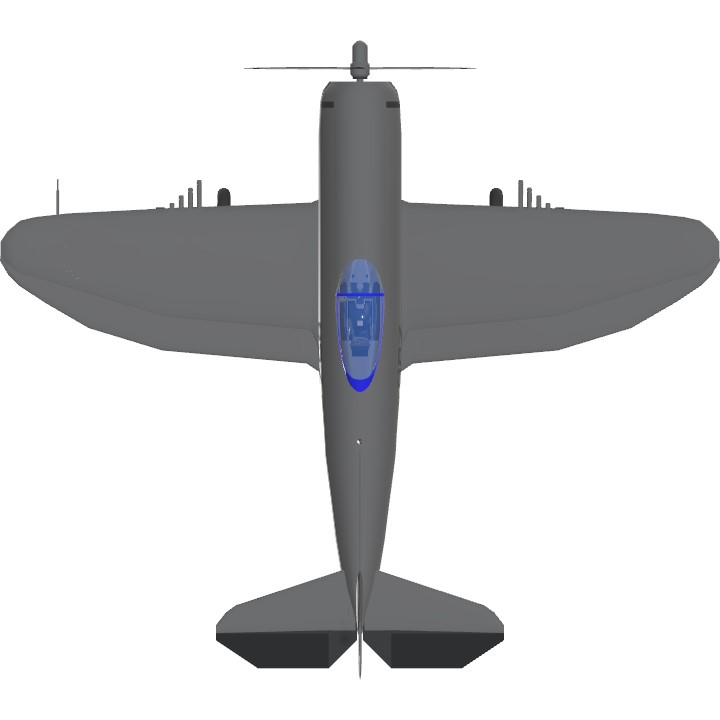 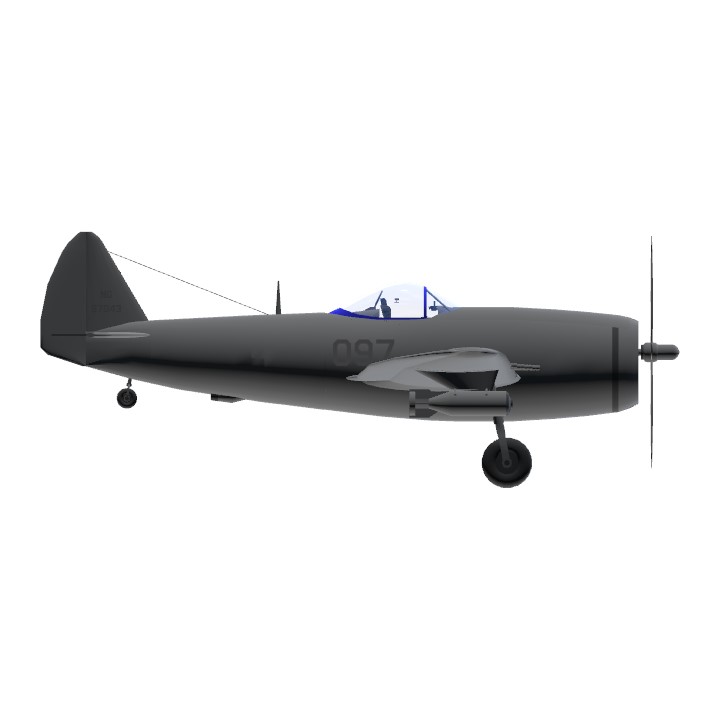 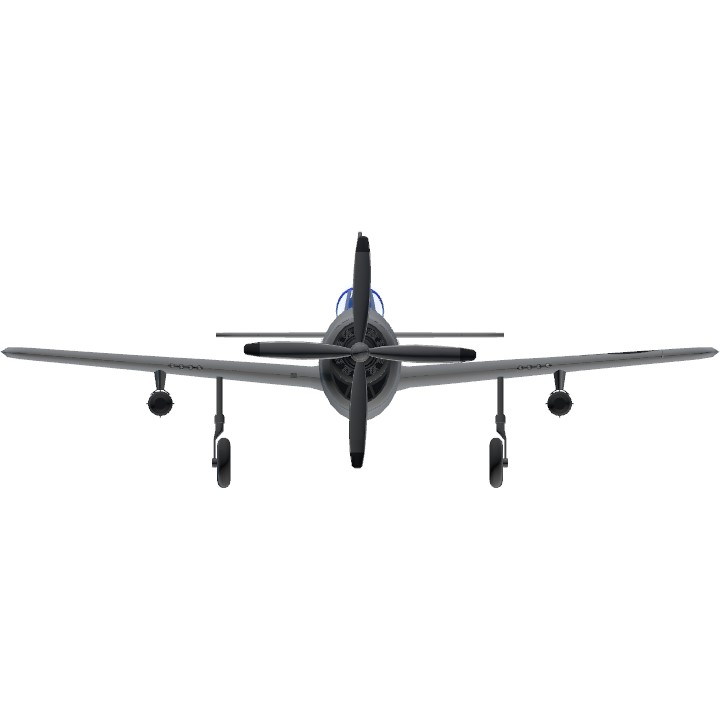