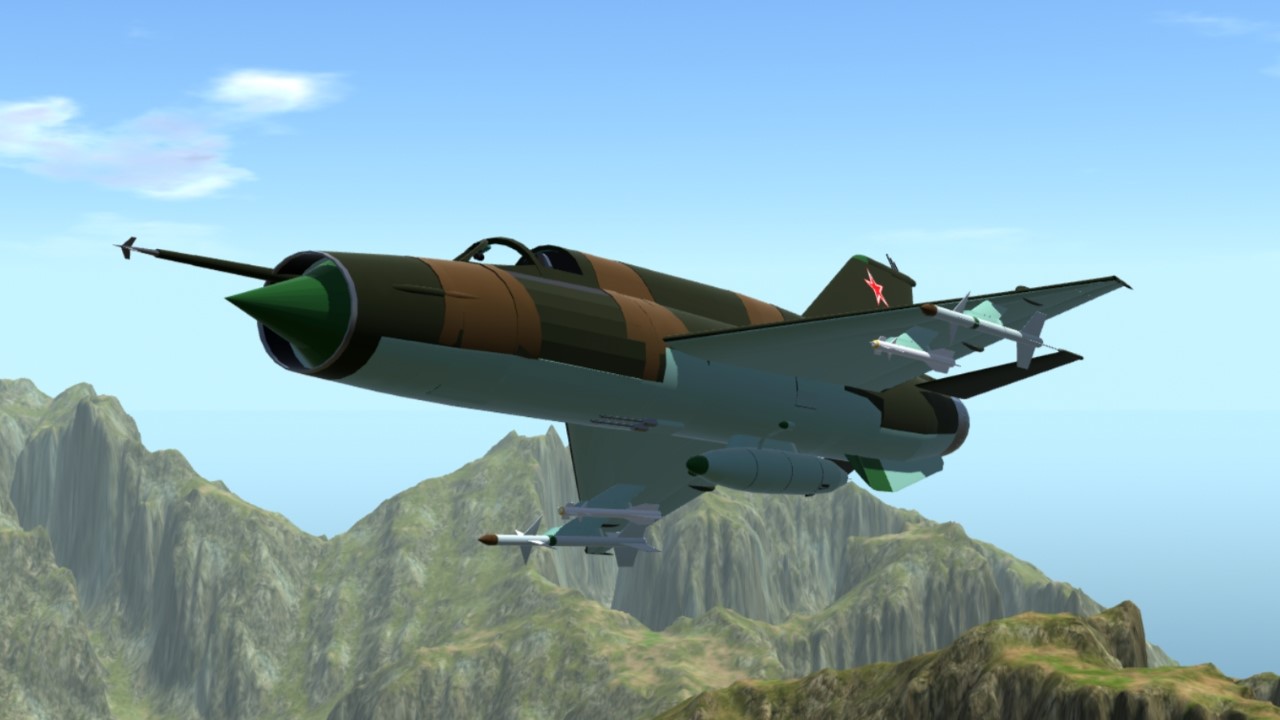 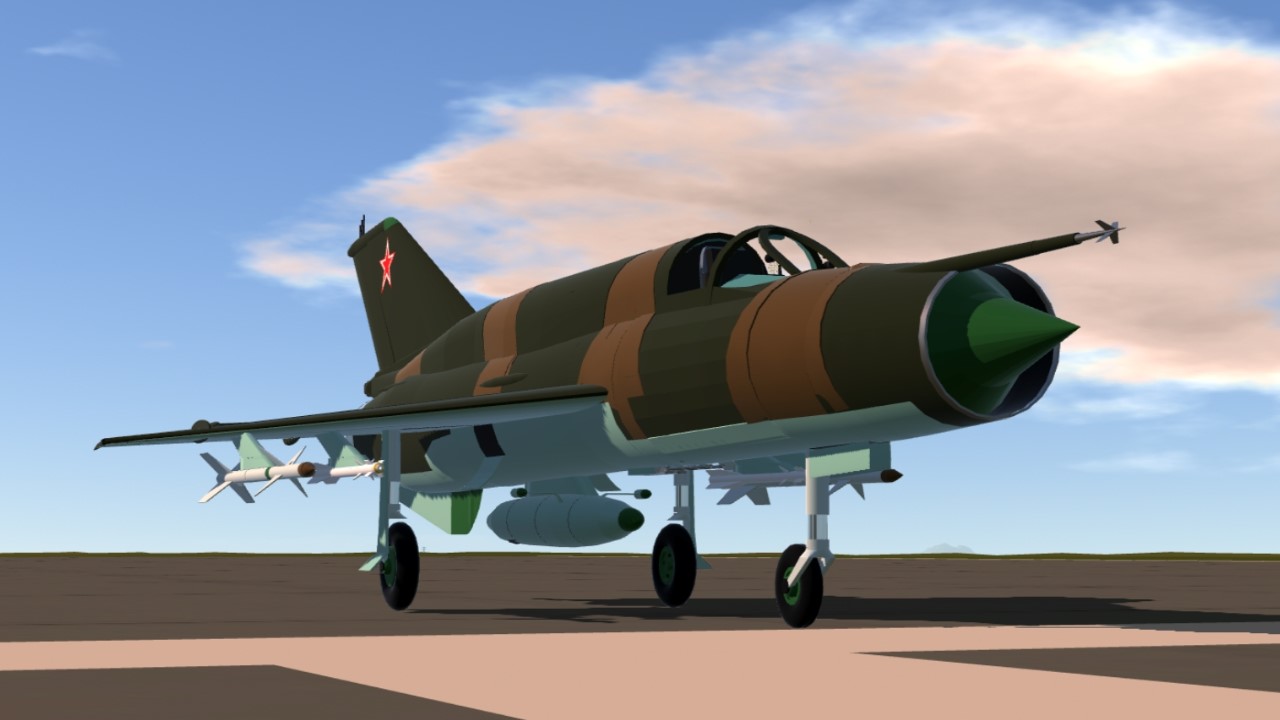 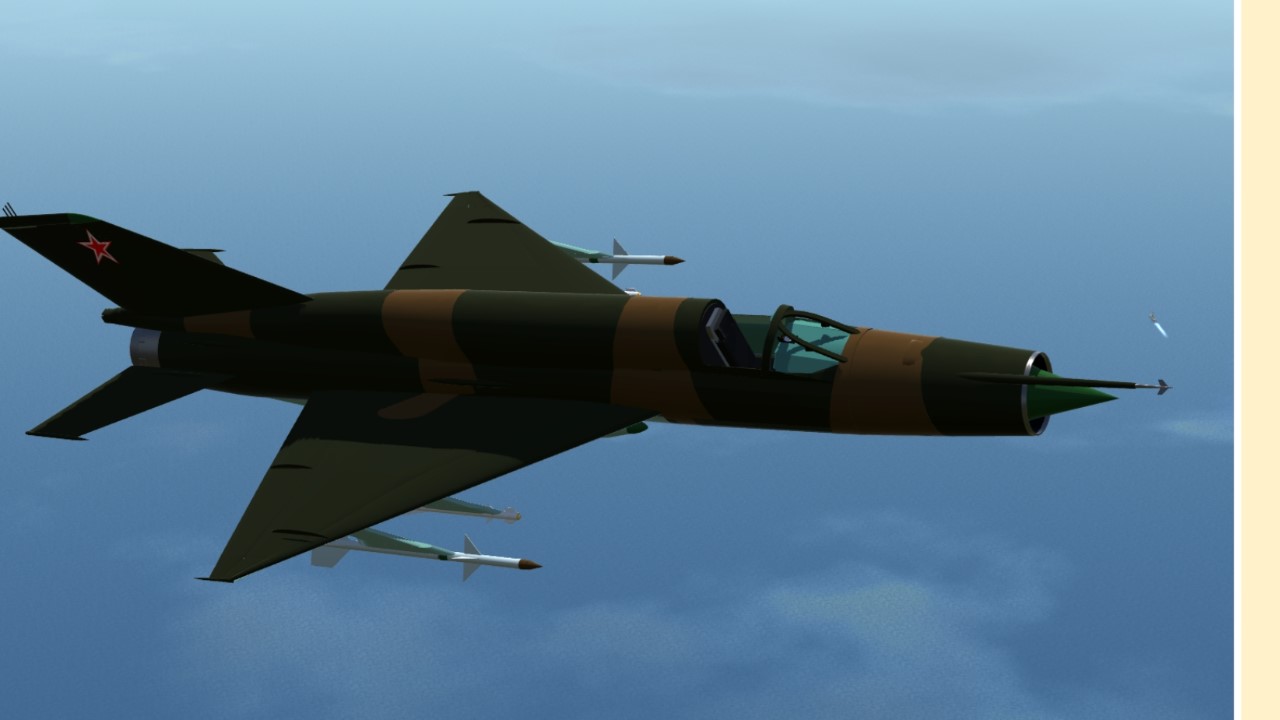 Cheap, reliable, fast and forgiving, the MiG-21 was truly an aircraft worthy of its legendary appearance

The plane was adored by its pilots, having a tremendous flight envelope, all the way from 250kph at sea level to Mach 2 at 16 000m. It got its nickname after its similarity to the Russian instrument "Balalaika". As such, it featured a delta wing, supplemented by an all-moving tail, that was only added to decrease its stall speed as to accommodate the rugged runway requirements of the Soviet airforce.
It evolved from a pure interceptor to an air superiority fighter able to carry and deploy a various array of suspended armaments. This version features an improved engine and additional fuel. It was not as favored by its pilots as it had a higher positioned center of mass, thus being a bit harder to handle.

do not spawn on final approach

A detailed guide on flying the MiG 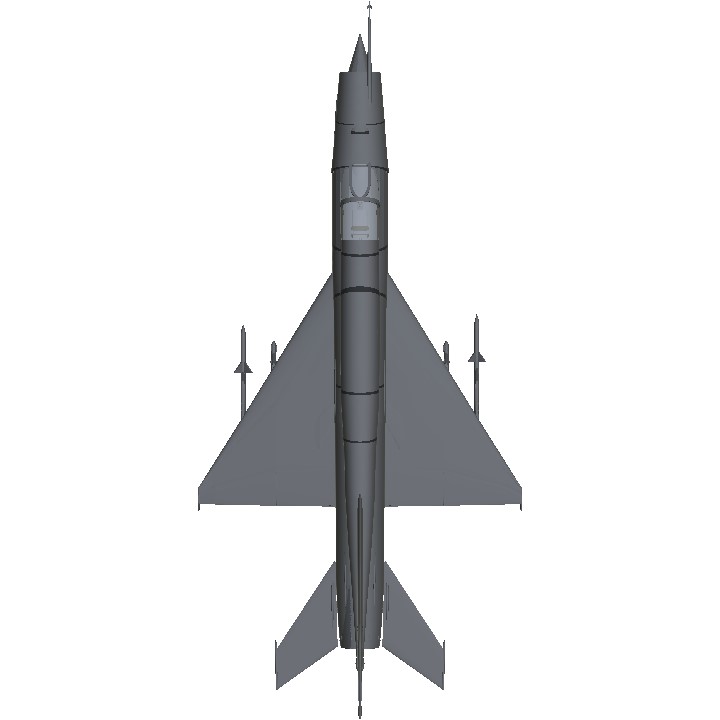 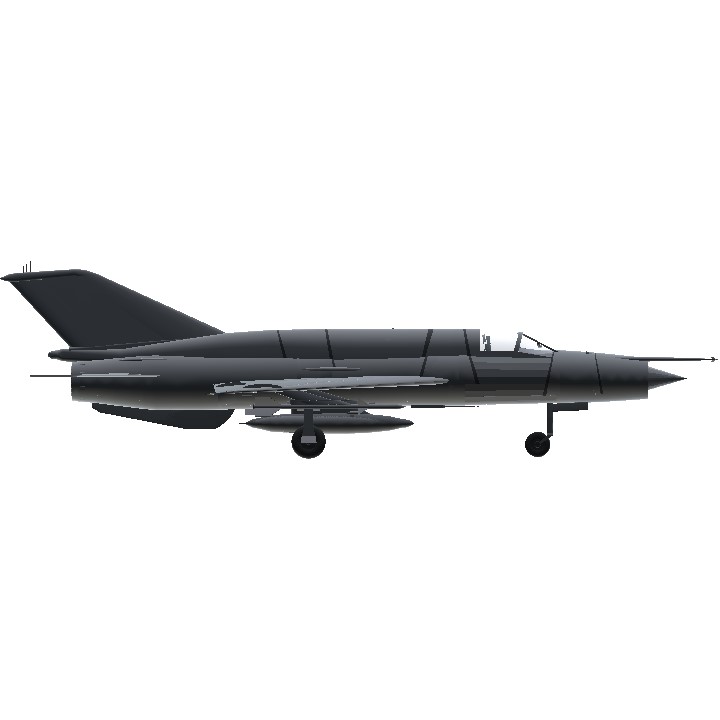 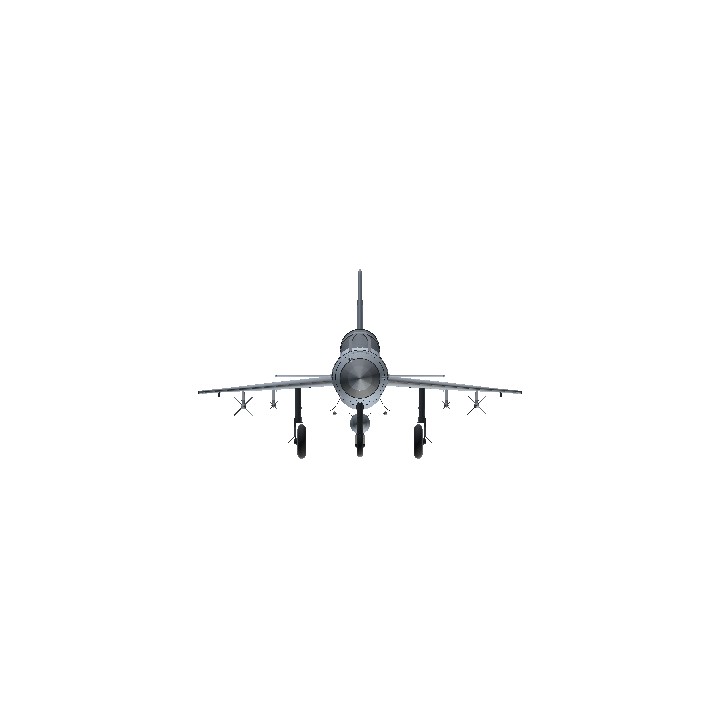