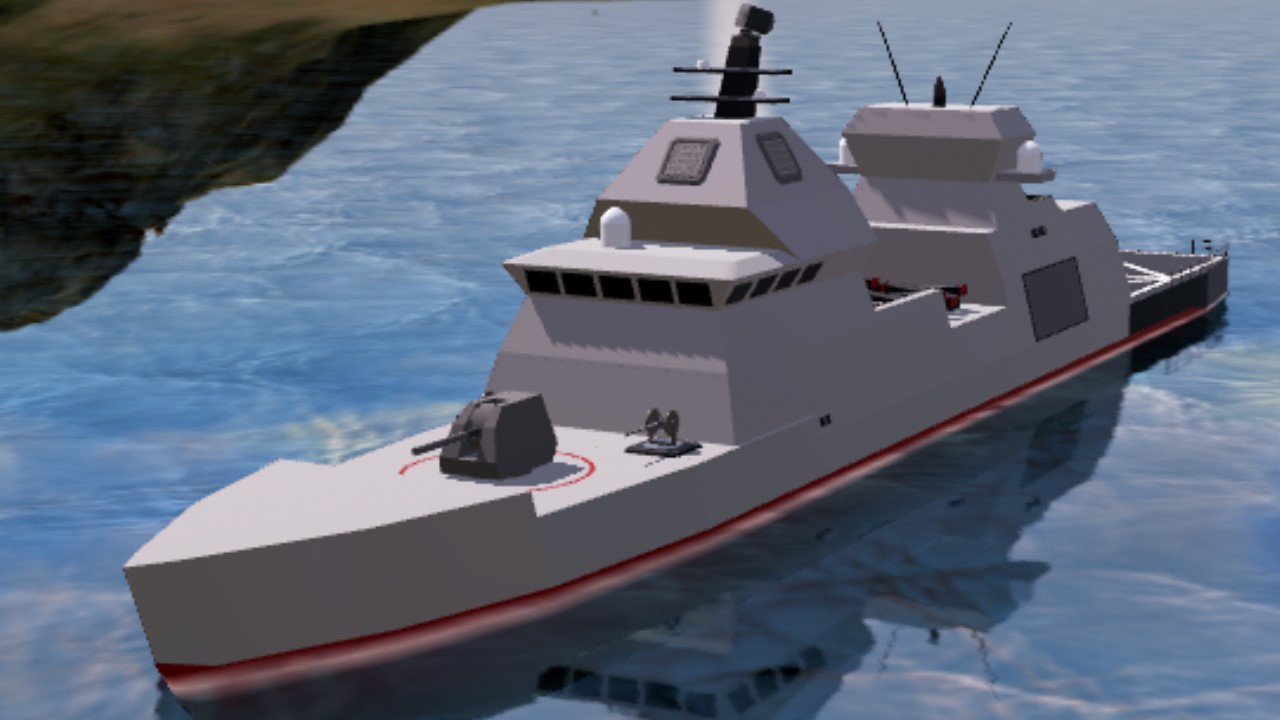 The Merlin-class corvette was developed to replace the Carbonia-class corvette as the backbone of the Saltwater Navy's patrol fleet. The warship is significantly larger than the ship it replaces, and possesses more advanced systems. Sixteen ships have been delivered to the SWN, and twelve more are under construction for the Norweign Navy.

As the Saltwater economy grew and its international commitments widened it was realised that the existing Carbonia-class corvettes then in service were inadequate for the role of long-distance patrol that the navy was being asked to fill. The existing ships lacked range and were considered cramped with little room for upgrade. The Ministry of Defence sent a request to SMC Marine to develop an improved warship as a replacement.

The hull form of the Carbonia-class was reused in the new ship, but was enlarged, stretched and completely redesigned internally. A new radar system, the EQ-STAR, was developed for the class, and was a significant improvement over the SkySweeper system fitted to the Carbonia-class.

Each ship cost $200 million from the beginning of construction to completion, taking an average of two years for each ship. SMC Marine was the primary contractor for each vessel.

The Merlin-class corvette is designed for operations in the open sea, and as such has a relatively high now compared to the preceding class. The warship carries a wide range of weapons system, with a thirty-two cell S-VLS positioned on the centre line between the superstructures. Just aft of the VLS are two High Speed Multirole Missile launcher mounts, each with eight missiles. These weapons can be used against shipping and land targets. At the stern, mounted over the hanger, is a single RIM-178 Arrowhead point-defence missile launcher for use against incoming missiles and shells.

For its patrol and constabulary roles the Merlin-class is fitted with two 30mm autocannons, operated remotely from the operations room. Also fitted is a 76mm naval gun for use against incoming aircraft and surface craft. The radar systems are highly advanced, with the EQ-STAR multipurpose radar capable of tracking fighter-sized targets out to 250 kilometres. The aft-mounted EQ-LARS surveillance radar has a range of 230km against similar targets.

Designed for long-endurance, the Merlin-class has large fuel tanks in the spacious hull and cooled storage spaces four times larger than those on the preceding Carbonia-class. This means that the ship can remain at sea for 43 days without replenishment, and has an unrefuelled range of 3,400 nautical miles at sixteen knots. The ship has a large flight deck capable of supporting medium-lift helicopters for anti-submarine warfare and transport duties. A single NH-90 Caiman or MAH-11SC Puma can be stored in a stern hanger.

The S-VLS is a vertical launch system developed by SMC Marine and is in service on the majority of Saltwater Navy warships as the fleet's standard missile launcher. The system is available in five variants, including a 3.9 metre Self-Defence Variant, a 4.9 metre Escort Variant and a 7 metre Strike Variant. The Merlin-class is fitted with thirty-two of the Escort Variant, an improvement over the Carbonia-class which carried just sixteen of the Self-Defence Variant. The system is capable of launching Sea Ceptor surface to air missiles, VL-ASROC anti-submarine rockets and HSMM Block3 anti-ship missiles. A standard S-VLS weapons load for the Merlin-class is sixteen Sea Ceptor, eight VL-ASROC and eight HSMM Block3.

The corvette routinely carries a crew of sixty-four officers and men, with berths for up to seventy-eight. Two 11 metre sea boats are carried on davits either side of the hanger, and are lowered out of hatches in the ship's side. The corvette is equipped with bow thrusters for greater agility in confined waters, and has room on deck to allow for an additional remote weapons station. 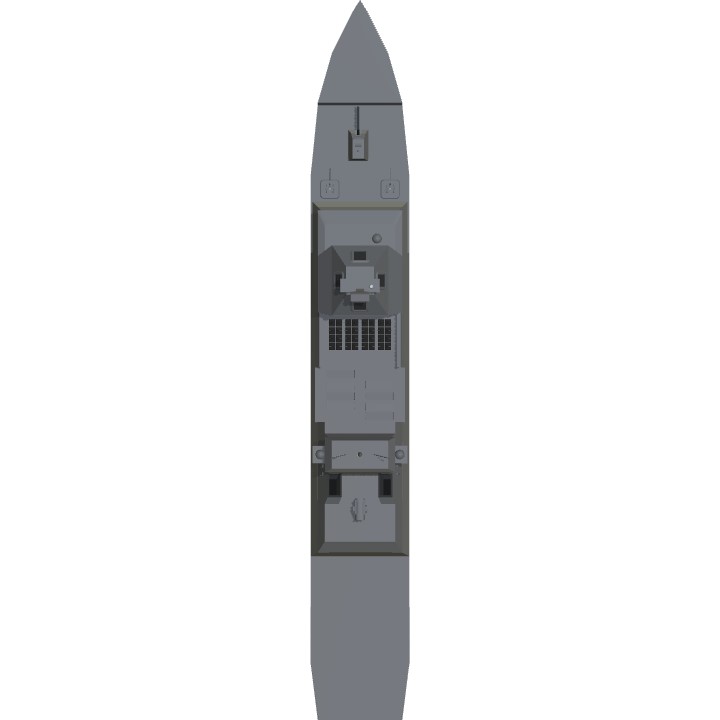 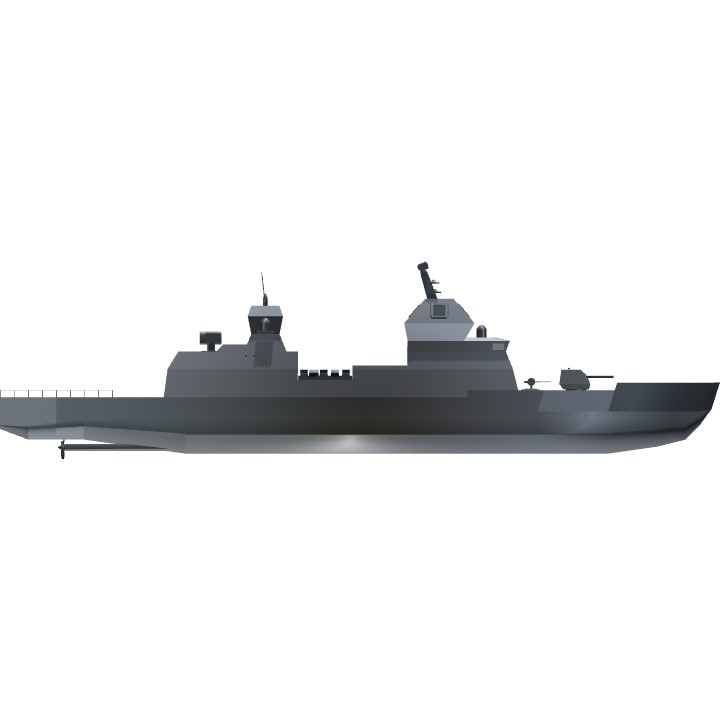 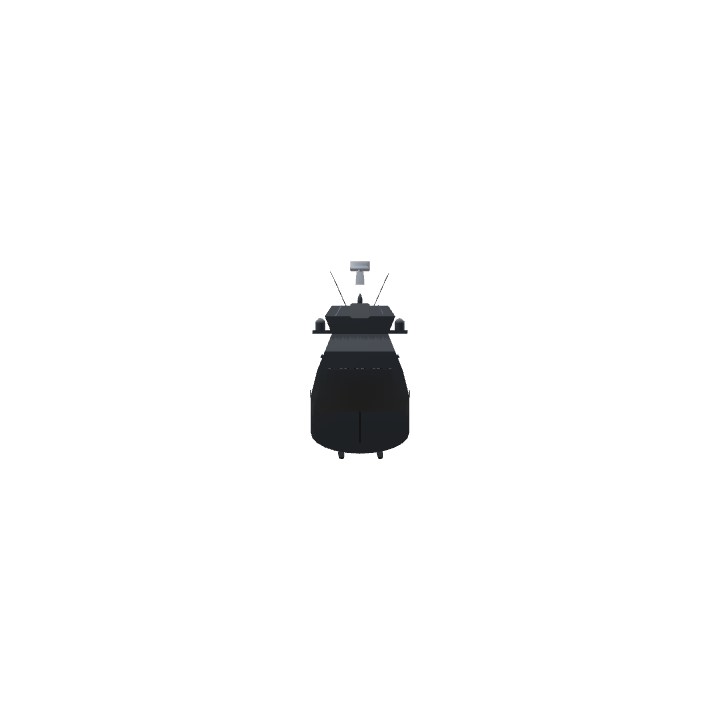