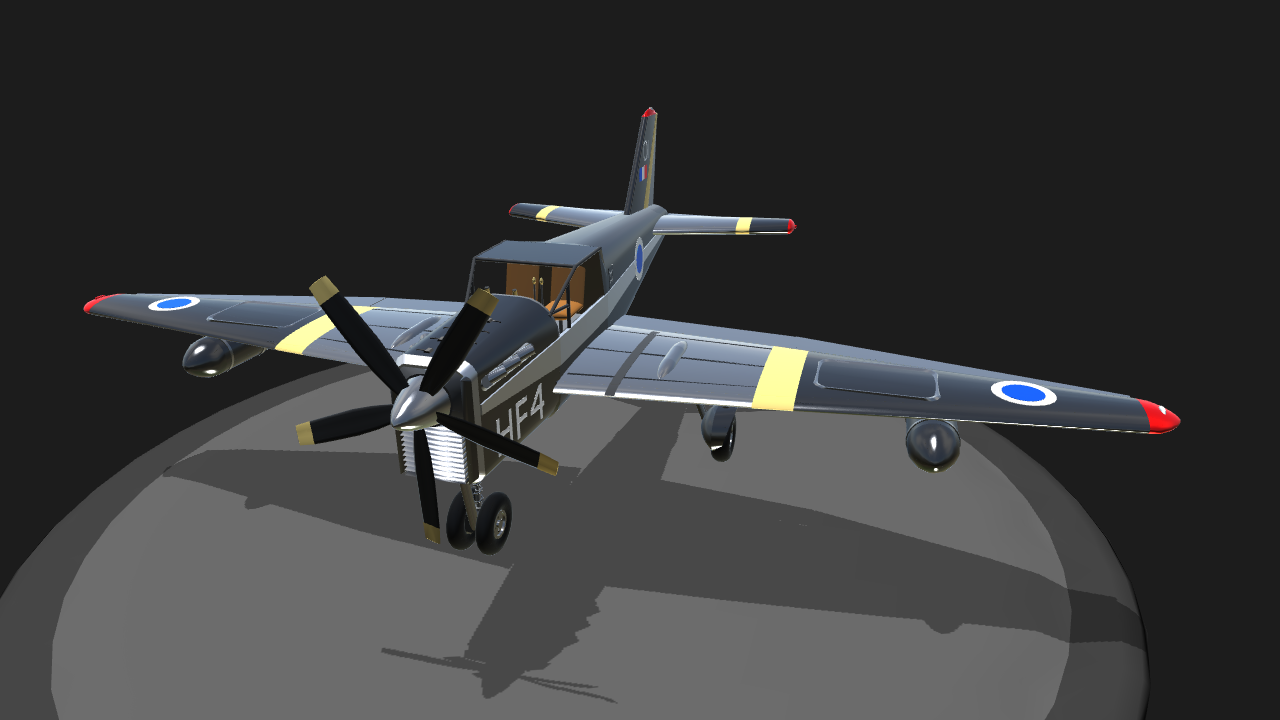 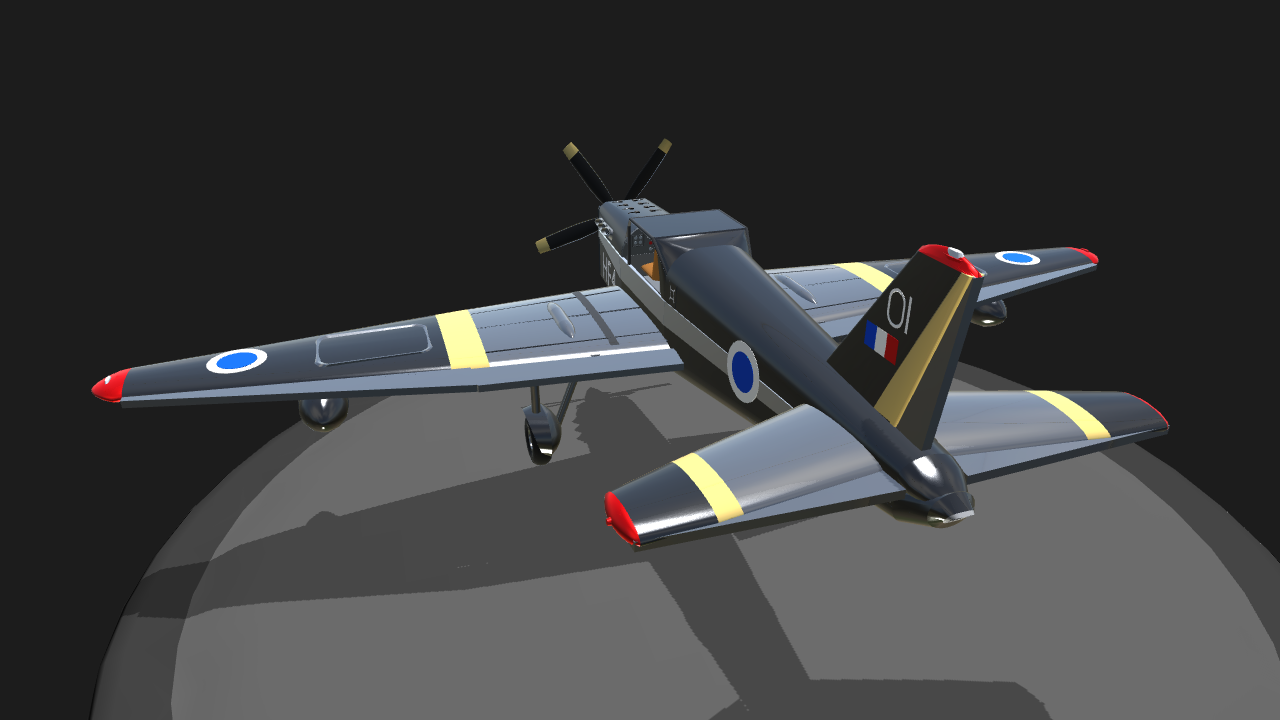 Important Note - only use on High Physics

Commissioned to be designed for the Explorers Guild by MMC Aerospace in 1949, the EG-HF4 was a very specialised and advanced aircraft, being designed on a very large budget. The first prototype flew in 1951, and then again in 1952 before it was completed and shipped to the Guild; ready for their operations. The “Expedient” featured an efficient 1500HP Wright R-1820 Radial engine and a small display in the cockpit that was an early forerunner of lock-on systems. It was able to detect and show any aircraft in the immediate vicinity of a mile (1.6km) by using primitive thermal tracking technology. It also had manoeuvrability on its side, and cruised at 178mph (286km/h) over its respectable 593 mile (955km) range. Range was, however, heavily reduced to 273 miles (440km) without the drop tanks equipped. The “Expedient” flew its first mission over the Greek Archipelago in late 1952, plotting various islands for the Guild’s operations there. The “Expedient” performed admirably and was praised by crew as the leather, albeit small interior was comfortable for pilots, and the cockpit gave good visibility out the sides and front. The stock range could be increased by carrying drop tanks (seen on this model) on the wings which doubled flight time, though resulted in slightly reduced performance when carried. The “Expedient” was praised for its ability to land almost anywhere with a very short takeoff and landing strip, another factor which made it ideal for its exploration role. A “Windsor” taxiing motor was also integrated into the engine, allowing the “Expedient” to taxi under the sole power of its internal motor without using its primary engine (designed for fuel conservation reasons). 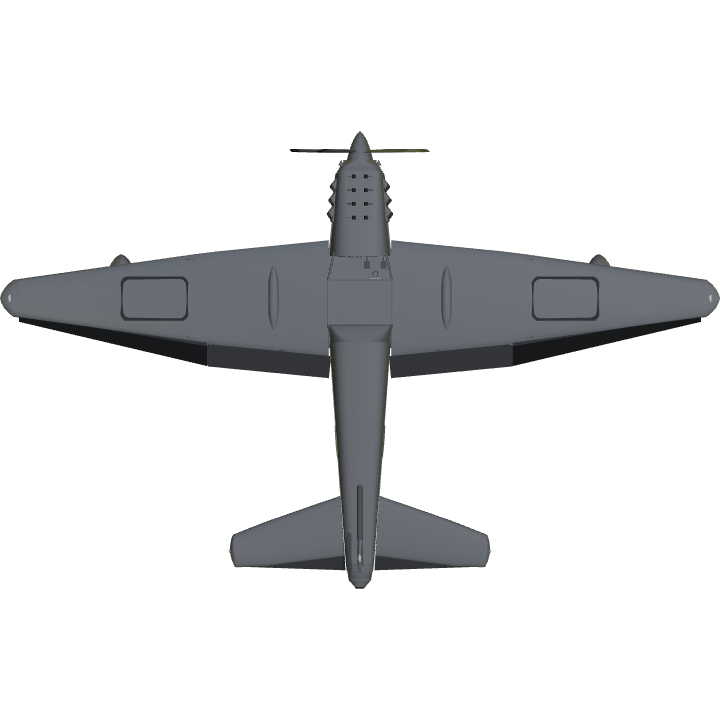 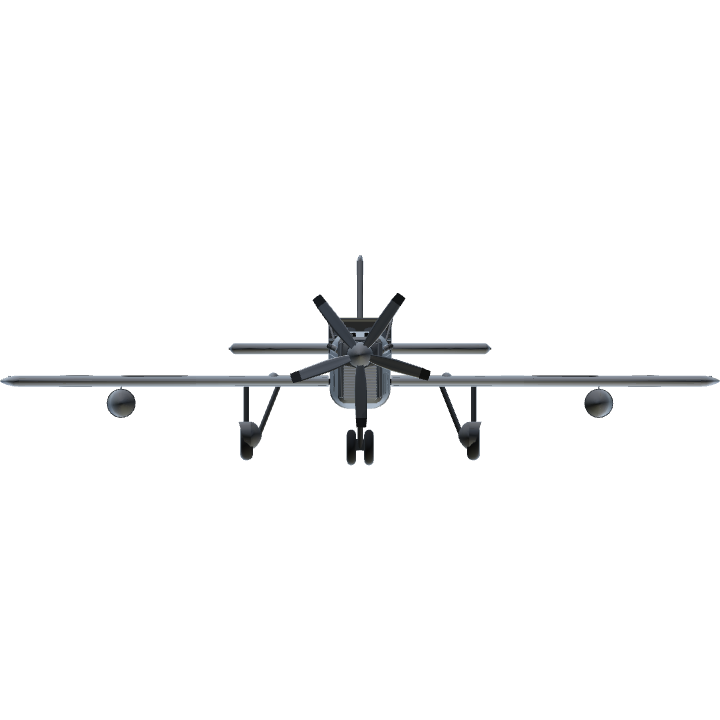