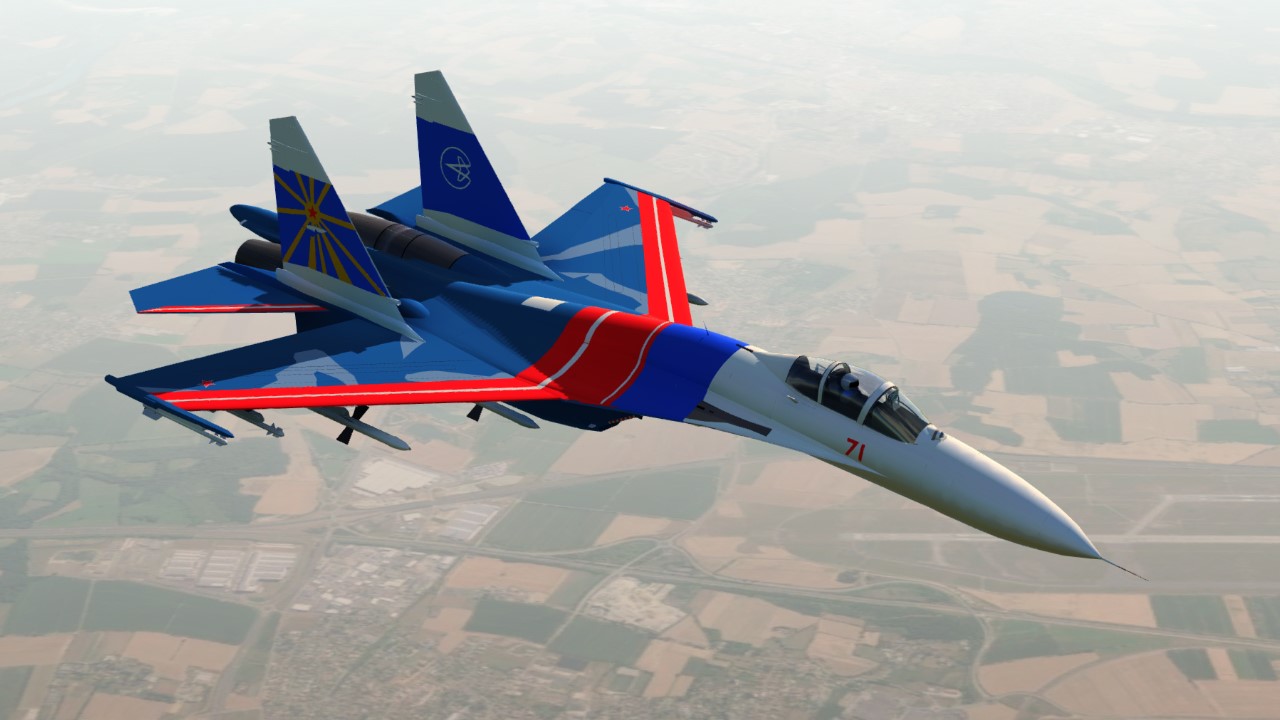 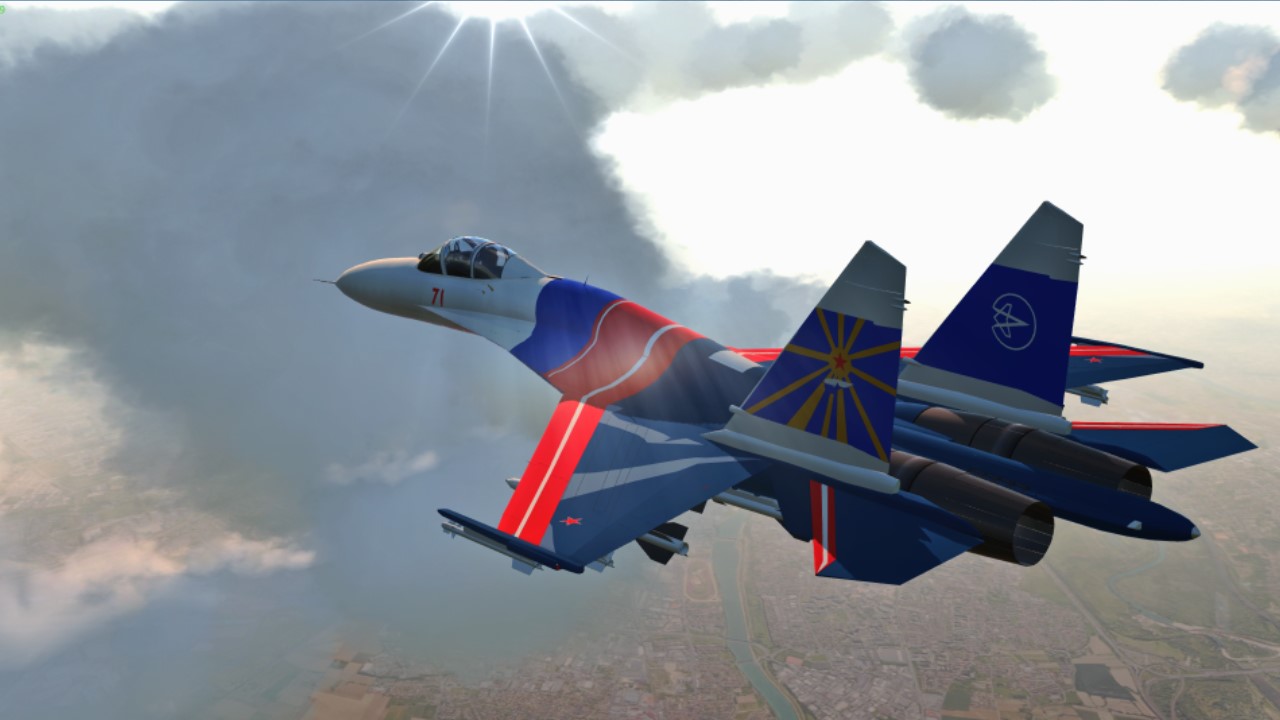 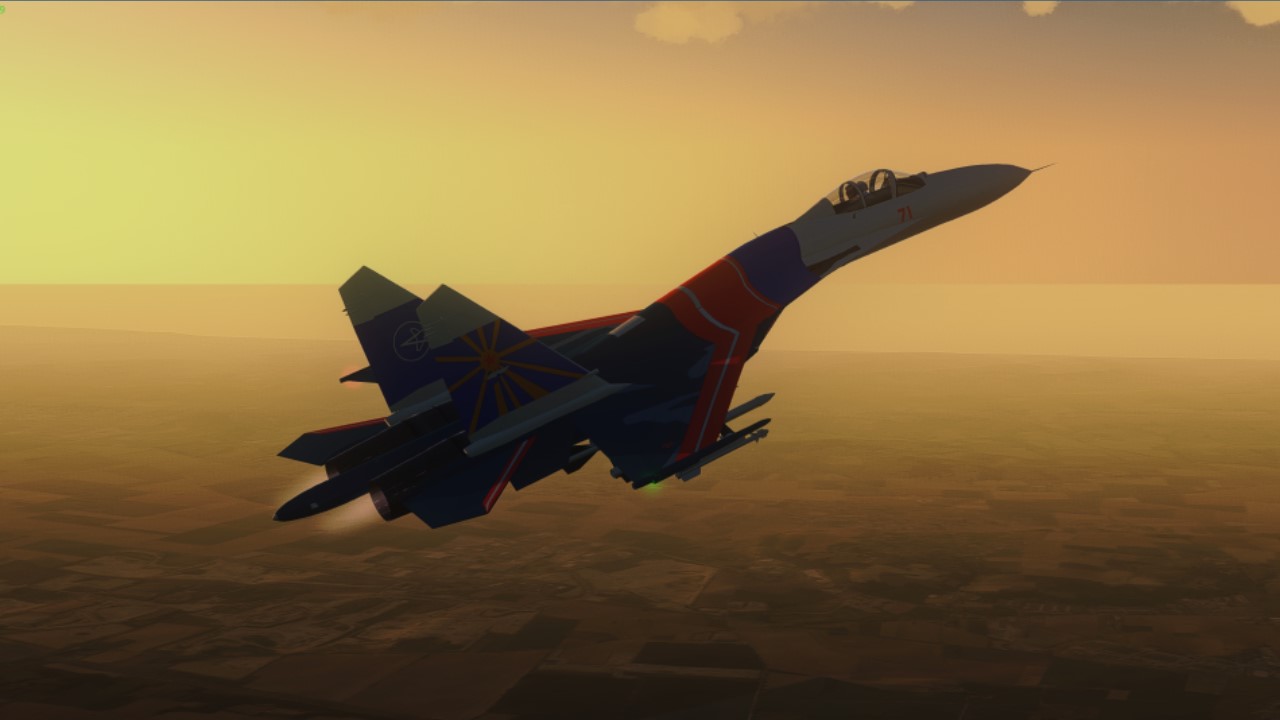 Welcome To The Legendary Flanker!

I highly recommend flying with a flightstick, or at least mouse-joystick.

Ag3 - A target tracking device that will track an enemy while within range / orientation.
It works best when the plane is near level with the horizon.

Under AirToGround weapons, there is an "eject" weapon. Activating it will yeet the seeeat

The Su-27 was one of the first Soviet planes to incorporate a Fly-by-wire system. It consists of a G-Limiter, an AoA limiter, Pitch dampener and Pitch autostabilization. The In-game plane is not fully G-limited, but rather susceptible to over-G pulls at speeds around 480knots. At those speeds, the G forces will usually reach up to 10Gs of acceleration. Otherwise, the plane should be reasonably well limited.
The AoA limit is also just simulated, but it does fluctuate around 20°, just like the actual Flanker. The pitch dampener reduces rapid AoA spikes caused by twitchy Pitch inputs. Auto-stabilization is also just simulated. The plane is trimmed for about 800kph. Available trim deflection can range up to 38% of the positive pitch deflection.
Without the control augmentation, the aircraft has no set AoA limit, nor does it have any kind of a pitch damper. It gets highly unstable when even the slightest bit of oscillation is present. Flight envelope departure and stores overstressing are very common. (Both are modeled)

The landing gear cannot be retracted while on the ground - within reason.
And yes, I know the rear sequence is wrong, but that was the only way to hide the gear into the fuselage.

Self explanatory. Just flaperons, nothing much

Under AirToGround there are 2 dispensers labeled "SmokeLeft" and "SmokeRight". Fire them to activate, and Ag5 to stop them.

Deploy the drogue chute by pressing Ag4. If you are above 270kph/145knots, it will rip off.

(75° search range, Heat seaking, limited by its fuel amount and drag, so it will usually not reach its lock-on range.) It can pull up to 50Gs of radial acceleration.)
The pylons can not be overstressed in flight. (They can be, in theory (41G)

(Semi-Active Radar guided missile, Medium to Long range)
(The plane's radar has a search angle of 60°, but its track angle is about 50°, meaning that you are able to "crank" this missile within its 50° gimbal limit.) (They cannot be fired above 5Gs of acceleration.)
(It's maximum effective range is 37.5km - The Su-27's maximum radar range.)
Mind the altitude and your starting velocity, as they do have an impact on the range)
(This missile can be easily defeated, as it isn't as maneuverable as the heat seeking missiles, as well as having jamming prone radar tracking. It is best to fire them in a 10-15s interval.)
The pylons can be overstressed if the plane exceeds 12.5G (that can only be done at optimal rate speeds or with the control augmentation turned off.

Massive thanks to:
-edensk - for supplying me with an endless amount of info
-ChrisPy - for a lot of corrections about the engines
-RandomUser09 - for a bit of flight testing
-DeezDucks - for help with the landing gear suspension (I still can't make gear)
-nafeij - for making the HMD drive
-SneakySniper, Tucan, GroBaleaze and many others - for making me persist with this plane

That should be it, hope you enjoy! 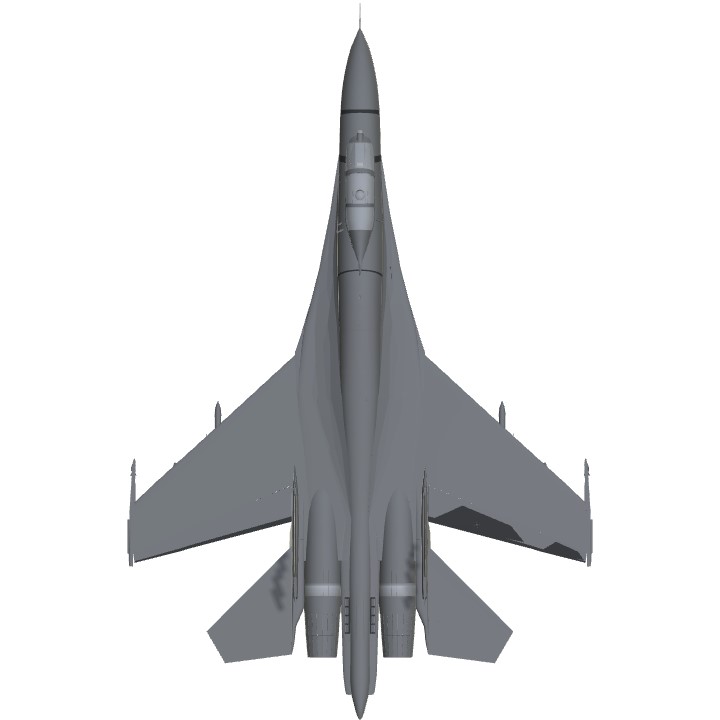 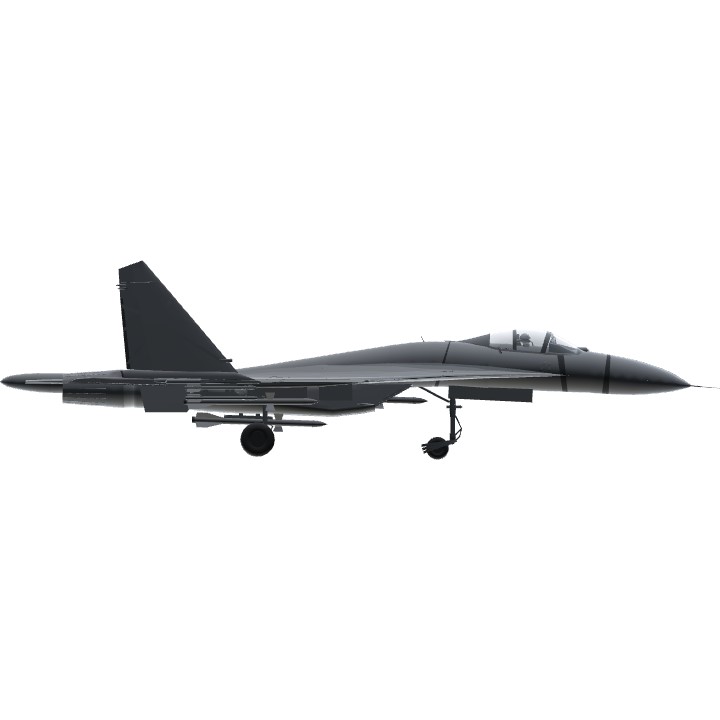 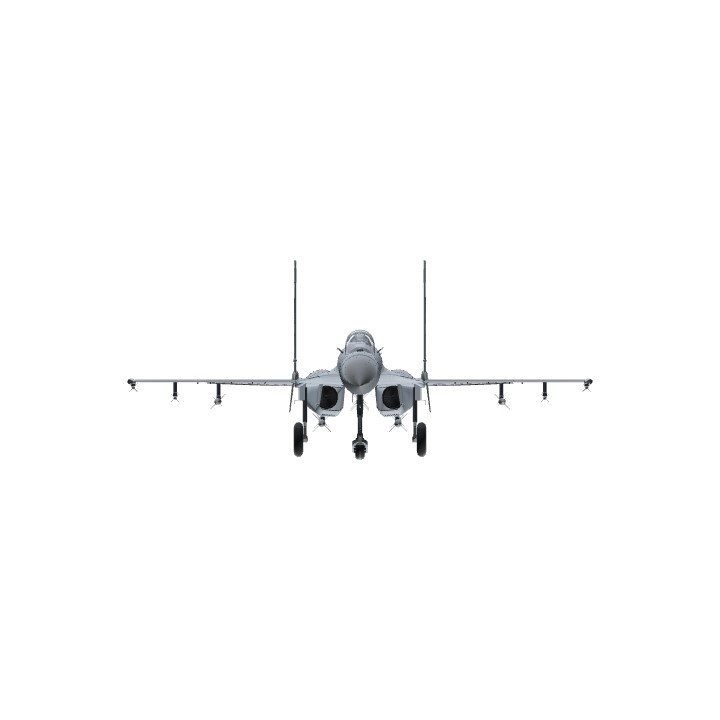