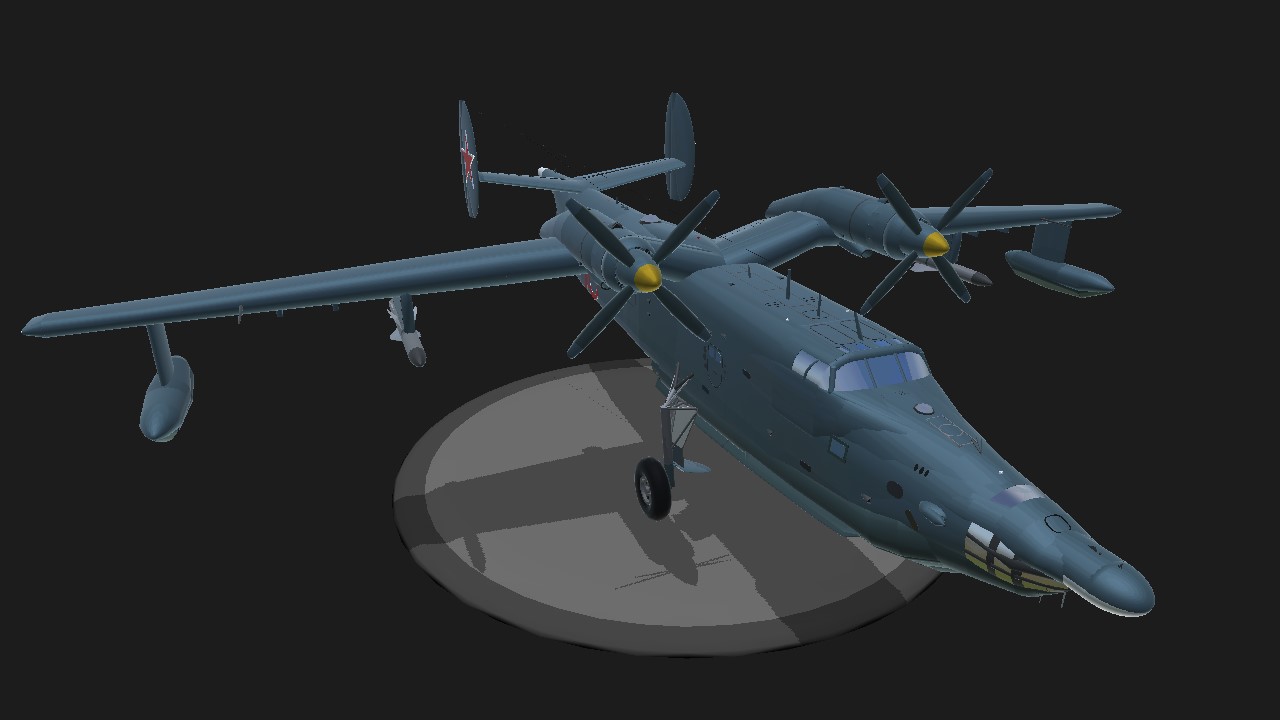 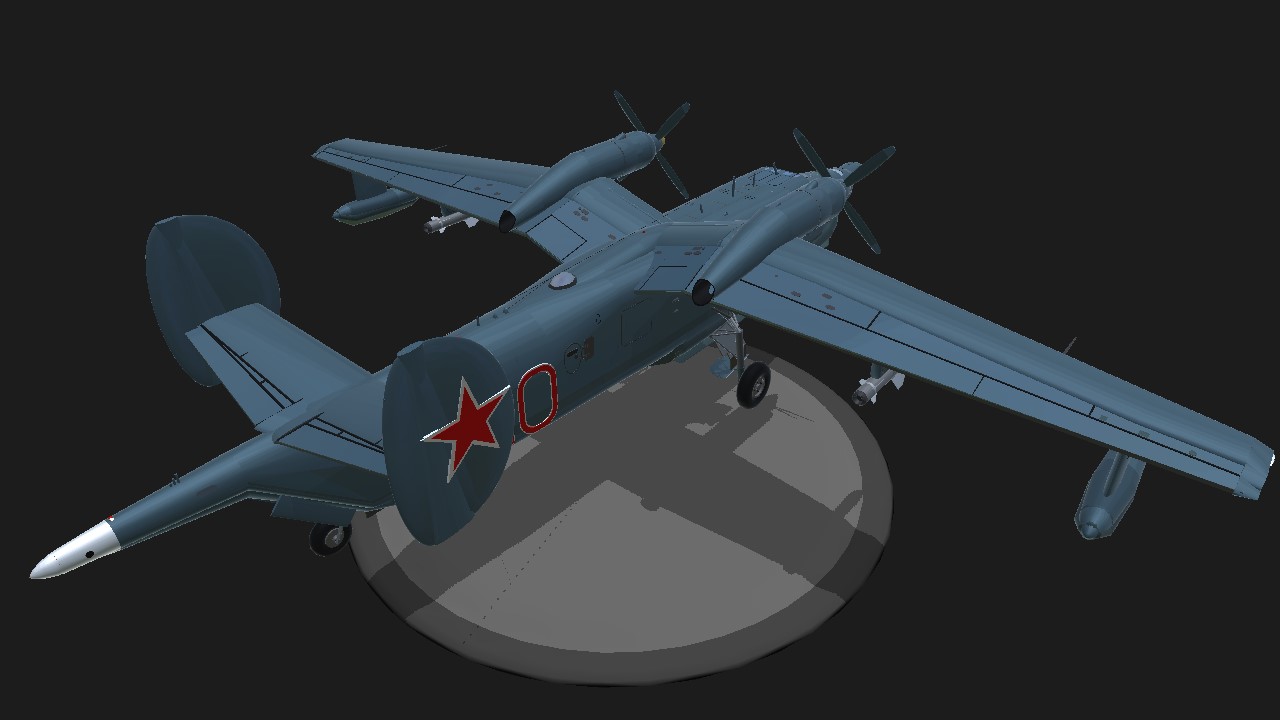 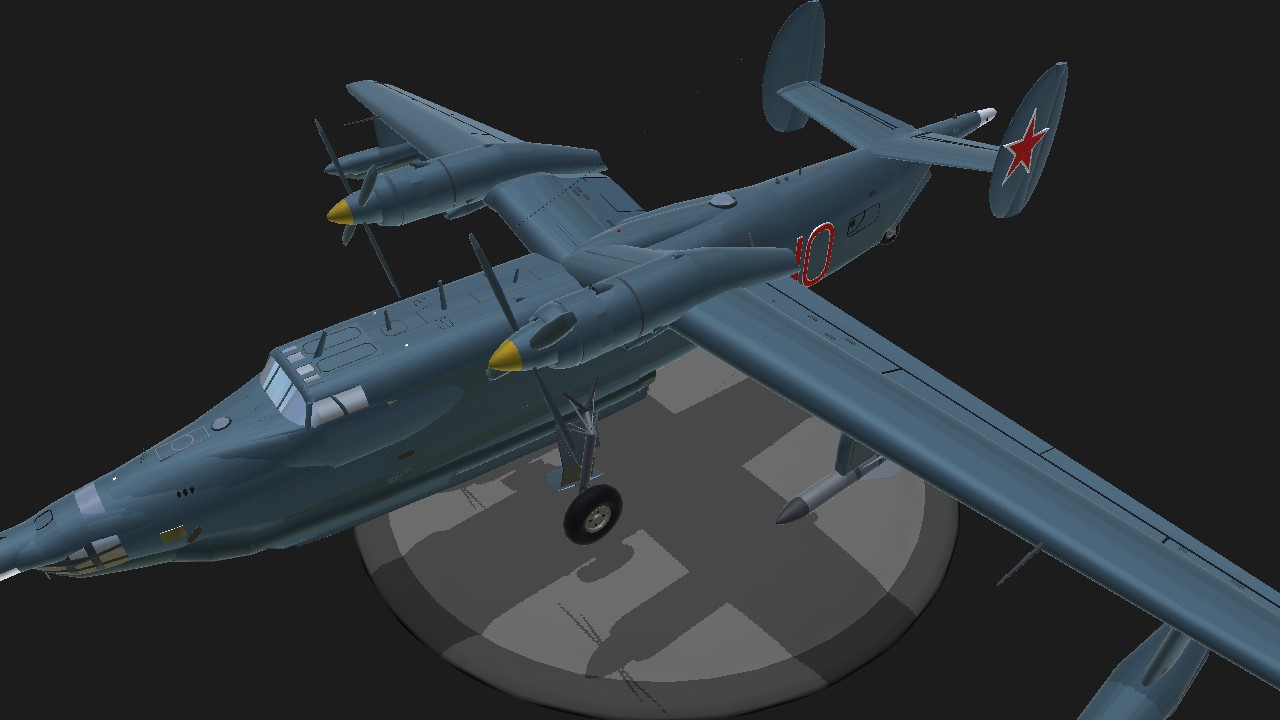 Hey everyone! Here's the Be-12 that me and others have been working on!

Before I give you the controls, I would like to thank a few people who have helped me along the way!:

@BogdanX : He basically made this whole plane fly, land and takeoff from water and land, he did a truly amazing job! Please check him out, a great builder!

@Dimkal : He designed the custom KH-61 Yakhont missile for me and gave me some tips! Please check him out, amazing friend and builder!


@cobalT : He designed the torpedoes and gave me some tips with them! Was a great help! Please check him out! His build's are great!

@EternalDarkness : He gave me tips all along and helped with the colors of the plane! He is an excellent builder and a great friend! Please check him out!

@luciozanassi : He helped with the painting of the plane! And that was very helpful! He builds great planes! Please check him out!

Features:
Almost 1:1
Fully able to takeoff and land on water or on ground
(To take off on water, landing gear must be up)
TRIM Down: Open's Bomb Bay
AG-1: Drop Torpedo No.1
AG-2: Drop Torpedo No.2
VTOL: Flaps

History:
The Be-12 entered service with Soviet Naval Aviation, or AV-MF (Aviatcia Voenno-Morskogo Flota), in the early 1960s in the maritime patrol role, and is one of the few amphibians still in military service in the world. Initially its role was ASW patrol, but when newer missiles enabled United States Navy submarines to launch from further offshore it was converted to the search and rescue role (Be-12PS). Small numbers are still in service. After the dissolution of the Soviet Union, some aircraft were converted to water bombersfor the suppression of forest fires. During development of the Beriev Be-200 unique fire-fighting equipment was tested using a specially modified Be-12P, code-named "12 Yellow". After installation of the fire-fighting system, the aircraft was registered as RA-00046 and given the designation Be-12P-200. This modified Be-12 was also used to trial firefighting operations envisaged for the Be-200. According to figures released in 1993, the Russian Navy had 55 aircraft in service. By 2005 this had dropped to 12, and by 2008 there were only nine aircraft still in service. A surviving Be-12 is preserved at the Central Air Force Museum at Monino, outside of Moscow. Other examples exist at the Ukraine State Aviation Museum at Kiev, Ukraine and that the Taganrog Air Museum, in southern Russia. 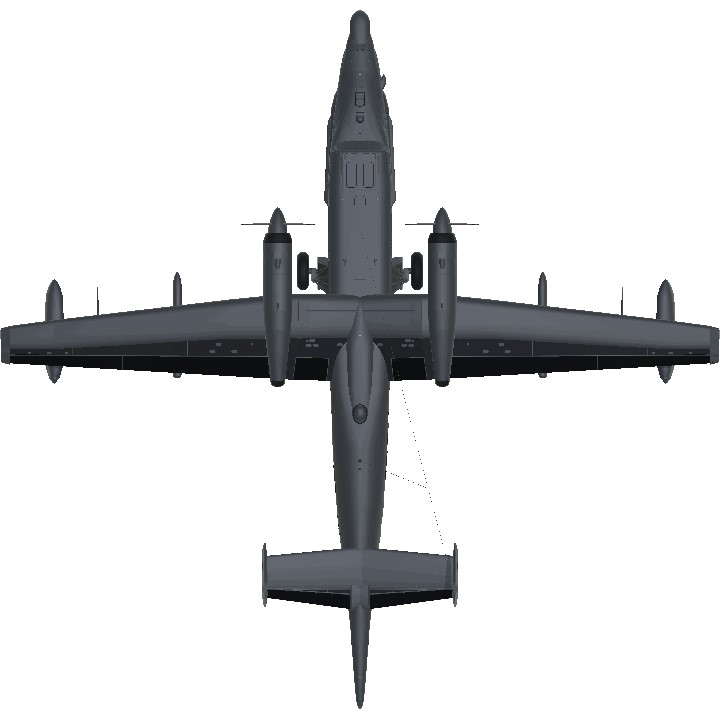 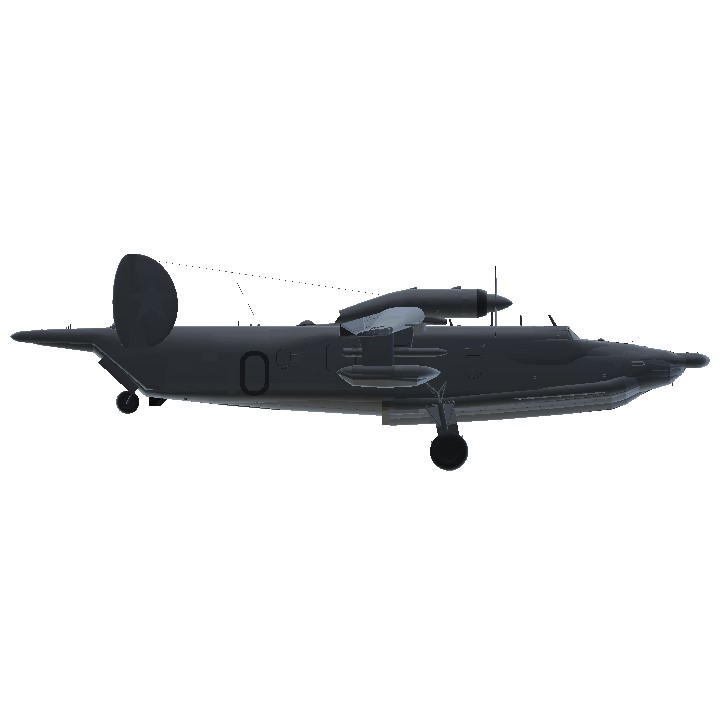 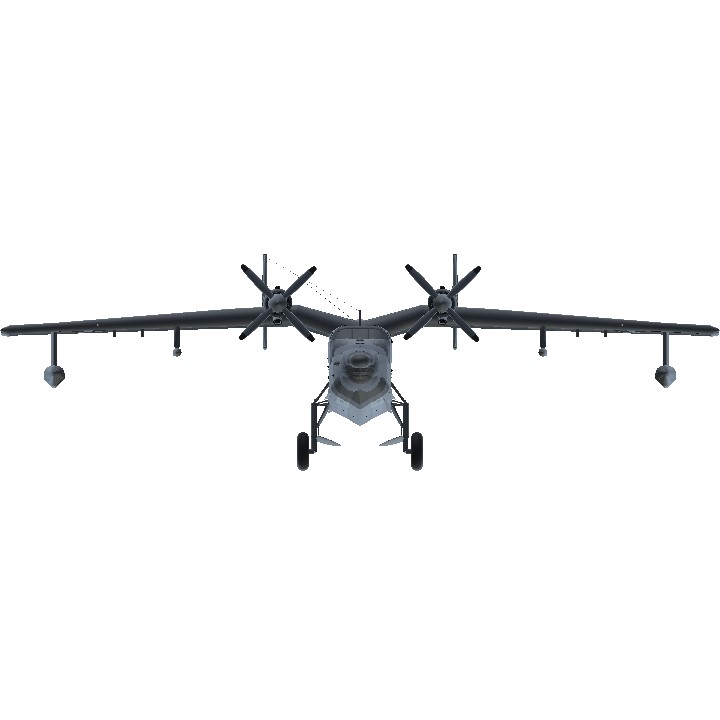