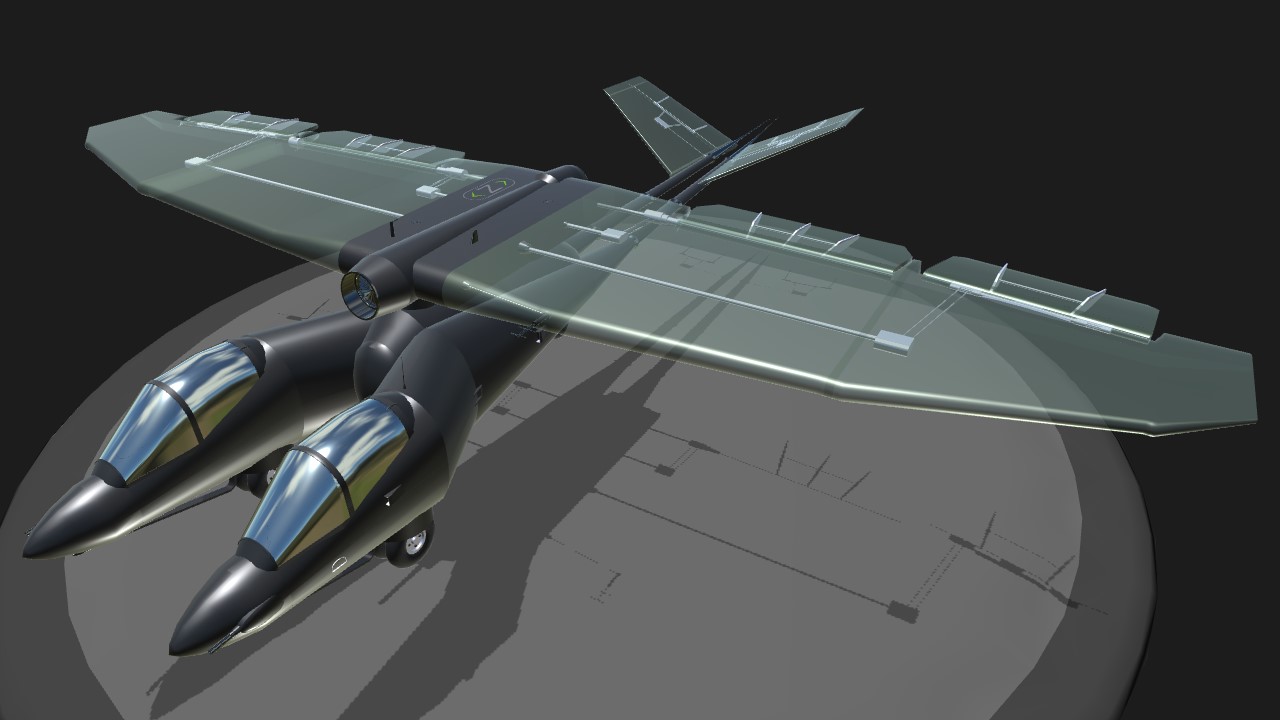 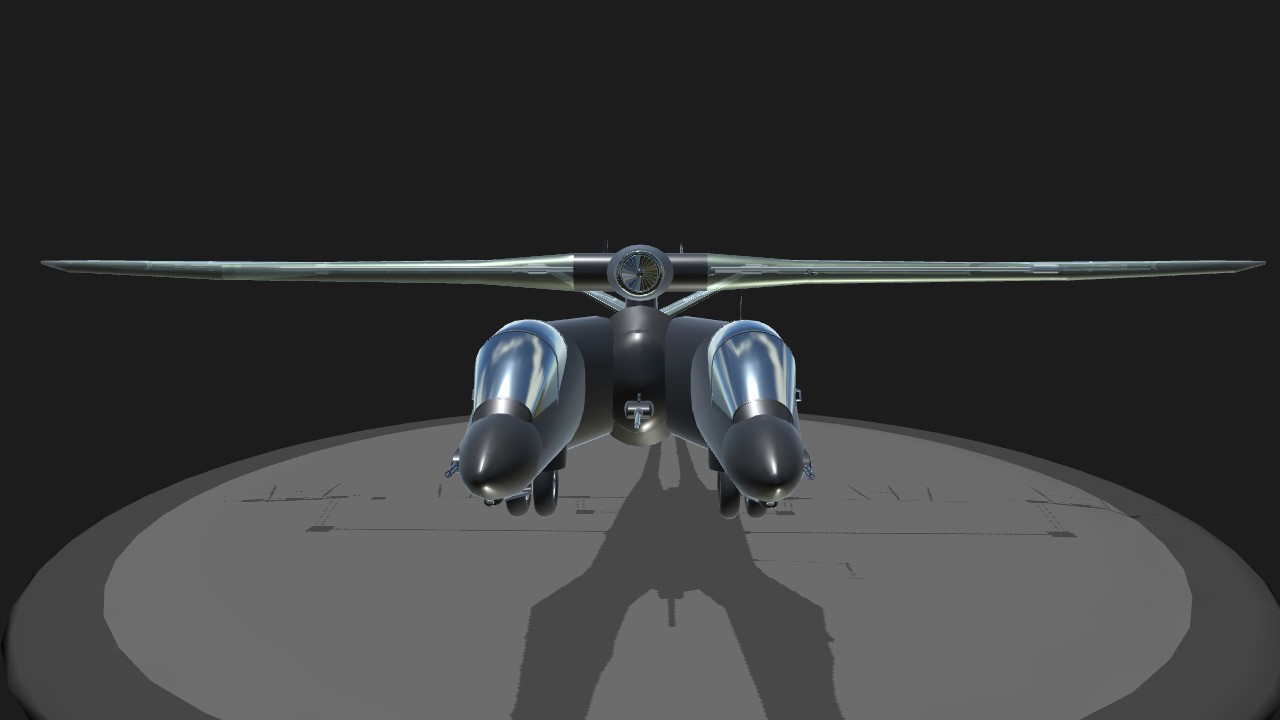 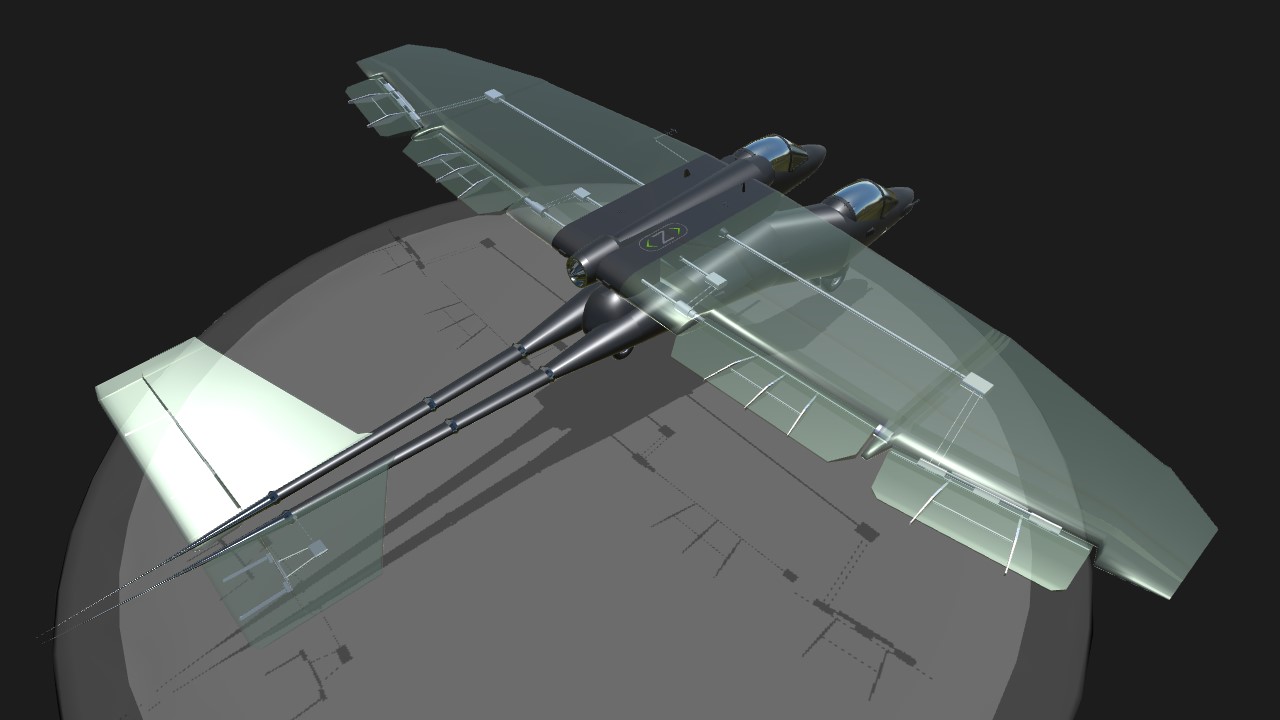 VTOL down half way to set flaps. Apply full throttle; the craft will self launch at 160mph TAS. Once airborne, VTOL centre to raise flaps then raise undercarriage. Maintain full throttle for gentle climb/fast turns, otherwise throttle back and set trim as required.

Use 10% throttle for final descent. When speed drops to 170mph, VTOL down half way to set flaps. On touchdown, throttle off and brake gently.

Use full flaps for deadstick landings.

Crew: 2; configuration of cockpits and roles of crew not published.

Built by: Not published.

Sponsored by: Not published.

Because of the craft's unique and secret construction, sorties are carried out from remote airfields and its crew never interact with other H.M.A. Or other High Guard personnel. Missions are planned and transmitted to the crew either by coded radio or by special courier.

The craft is armed with a single cannon mounted on the centre-line for ground attack, and has defensive machine guns on the outside front of each cockpit nacelle.

The Craft and crew are thought to be currently assigned to the Northern Zenith Regiment as the craft has been seen overflying matériel convoys and troop deployments in that region.

Glass……but with health increased to 100..! The master cockpit is on the centreline because reasons. 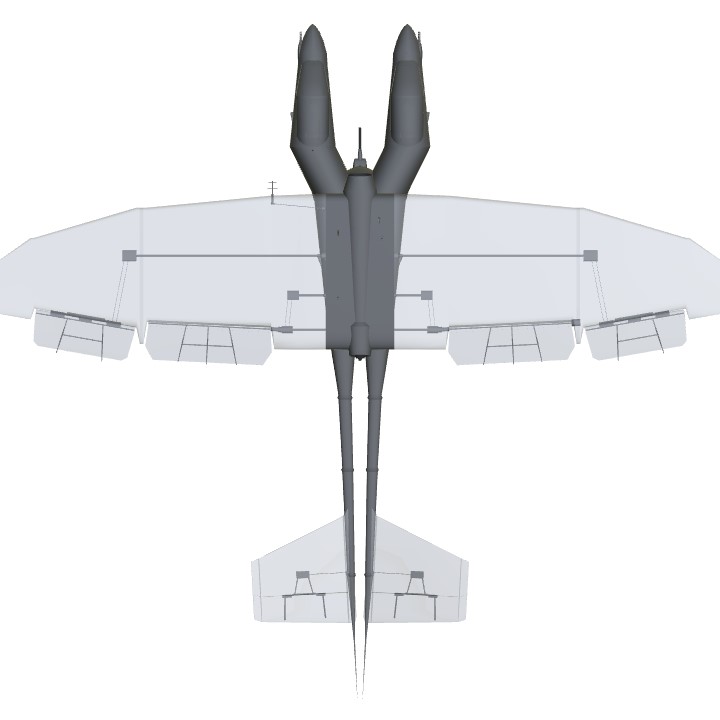 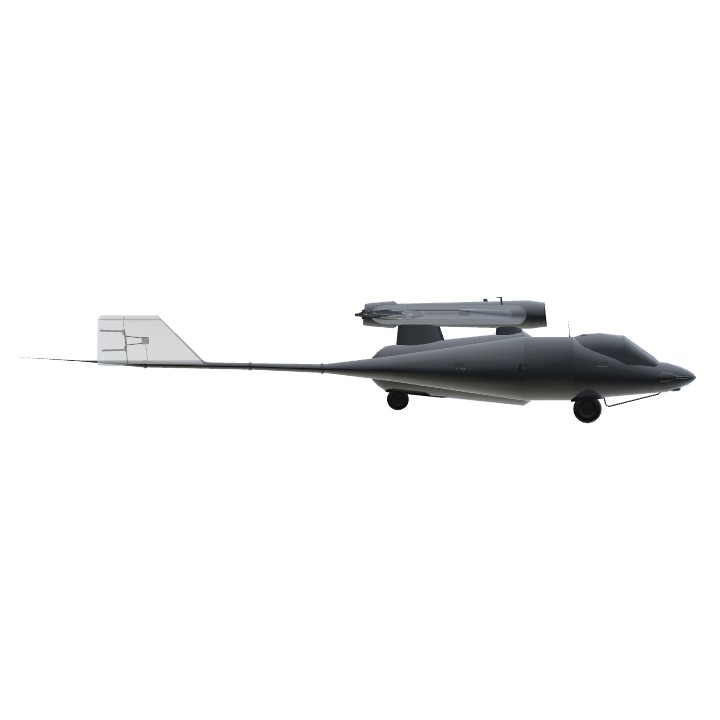 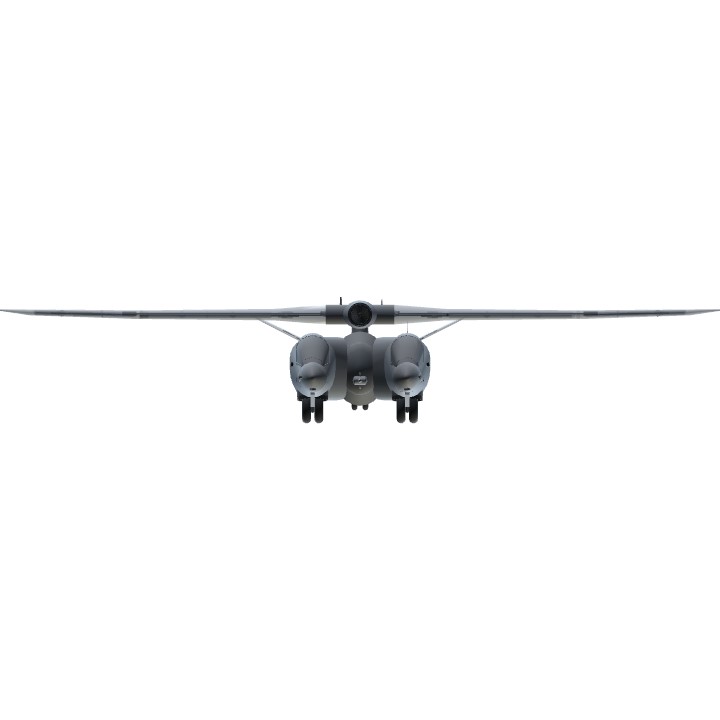