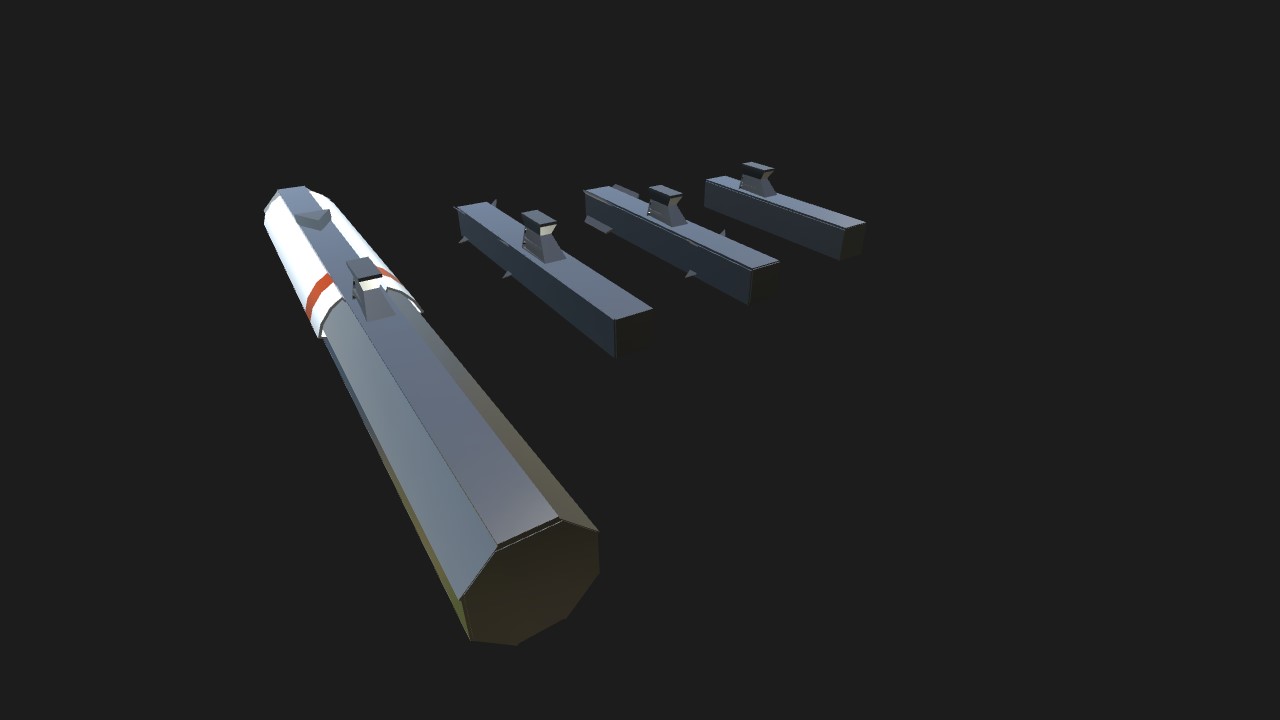 Rocket engines made from every missile in the game. All of them have no drag and are strong enough to power most airplanes by themselves, you can use them as a rocket-assisted take off booster or as a standalone engine.
Save them as a sub-assembly and put them on your plane!

Additional info:
All engines were tested by launching the booster and a massless, dragless cockpit straight up into the air. All flew perfectly straight up except for the Interceptor which required stabilization by wings. Was not able to find the cause but it should be unnoticeable on a normal plane.

All missiles will slide out the back of the engine when they die out or if your plane goes past the missile's top speed.

Cleaver has wings that protrude from its sides on ignition.

At the end of the Cleaver's duration, the exhaust will go out but the sound of the engine will still be heard (probably a bug).

I tried to make an engine for the normal unguided Rocket but it explodes regardless.

*The Interceptor burns out before it stops accelerating so the top speed is only the highest recorded. 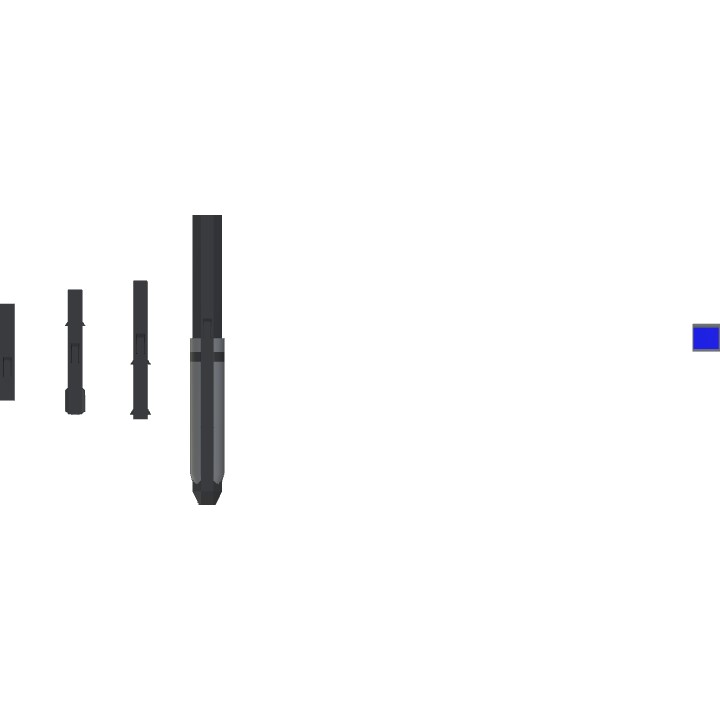 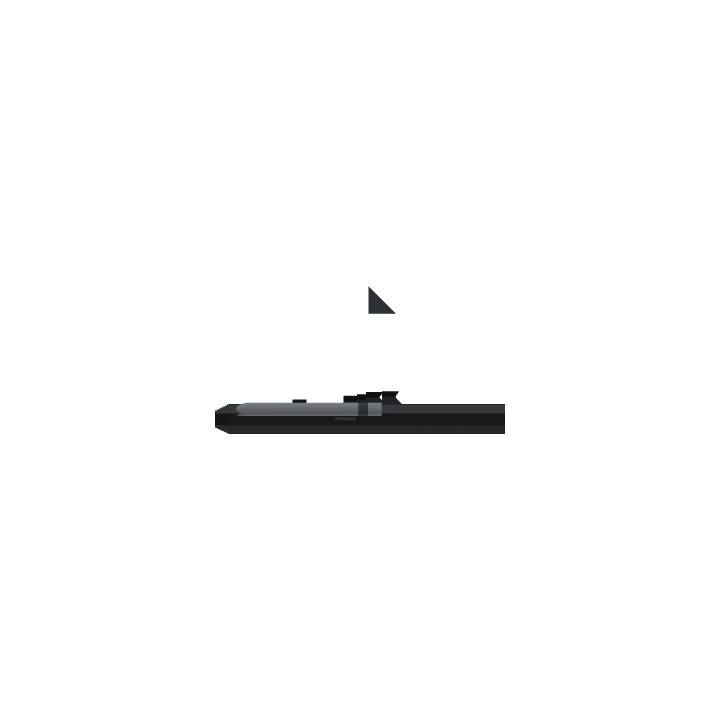 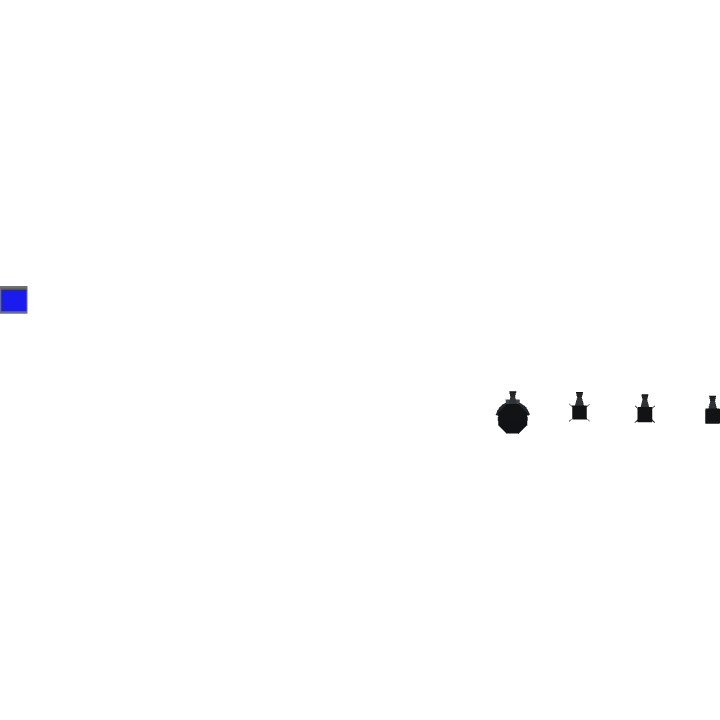