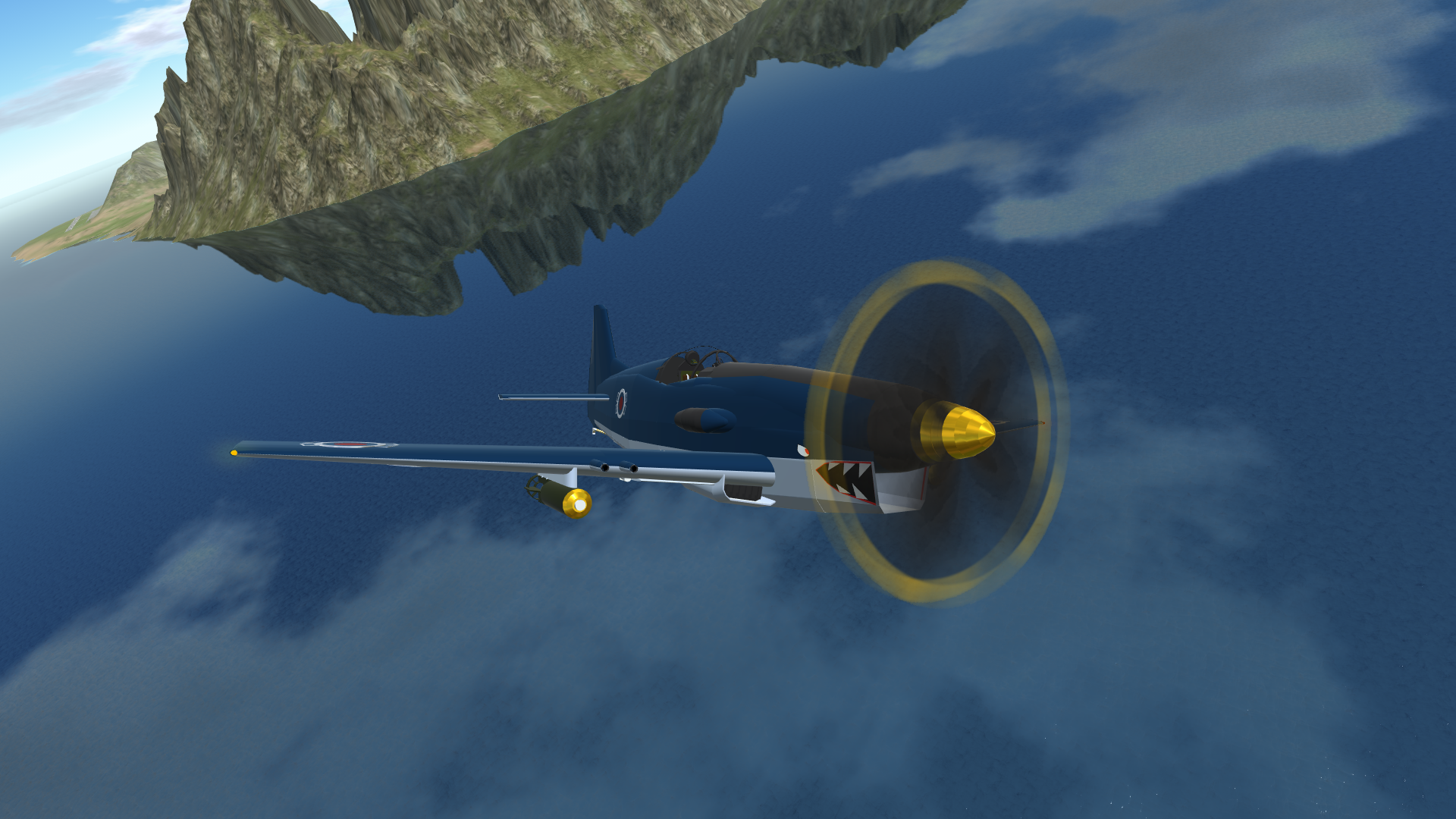 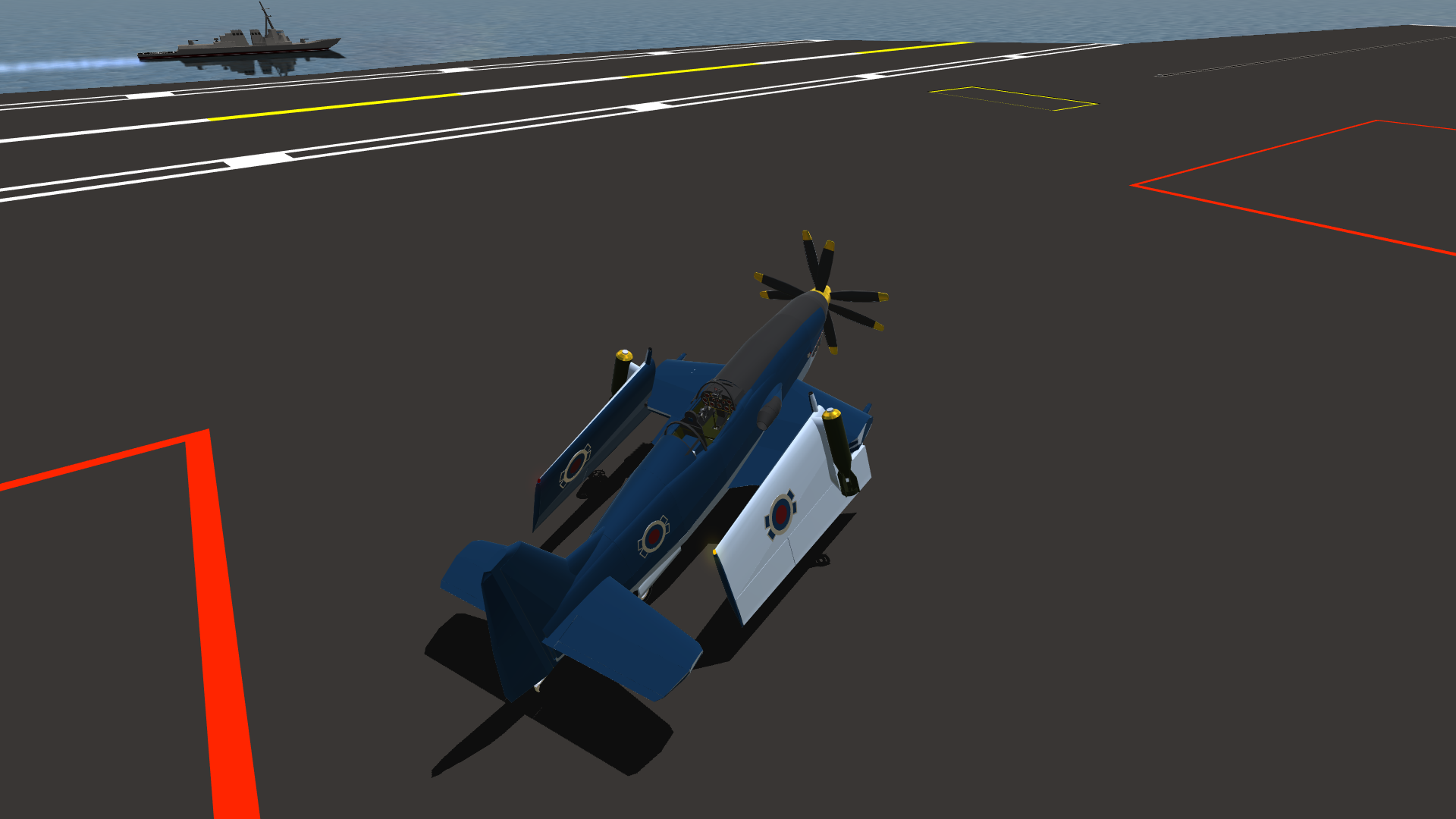 The Sea Sterling is the naval variant of the Sterling, based on the F.4 with the more powerful Wheatley WRT-0911E turboprop, bubble canopy, and four 20mm cannons instead of the six 12.7mm guns on earlier variants. Designed as a fighter-interceptor of the RNVN, the Sea Sterling saw little use during the First Continental War due to their late introduction. They primarily served during the Great World War as strike aircraft as jet powered fighters took their role as fighter-interceptors. Their heavy airframe and limited frontal view from the cockpit made the Sea Sterling difficult to land on carriers and as more accidents occurred during carrier operations, all Sea Sterlings were transferred to land bases and carried their duties from there. They served a total of 12 years within the RNVN before they were decommissioned.

Finally done. Simple build, and I like it very much. It’s my first aircraft with a fairly detailed cockpit, sharkmouth(not the best), and a different wing fold mechanism.

Landing is pretty difficult as breaking will lead to the plane falling over due to the wheels and large propellers, when carrier landing, make sure speed is bellow 220mph. 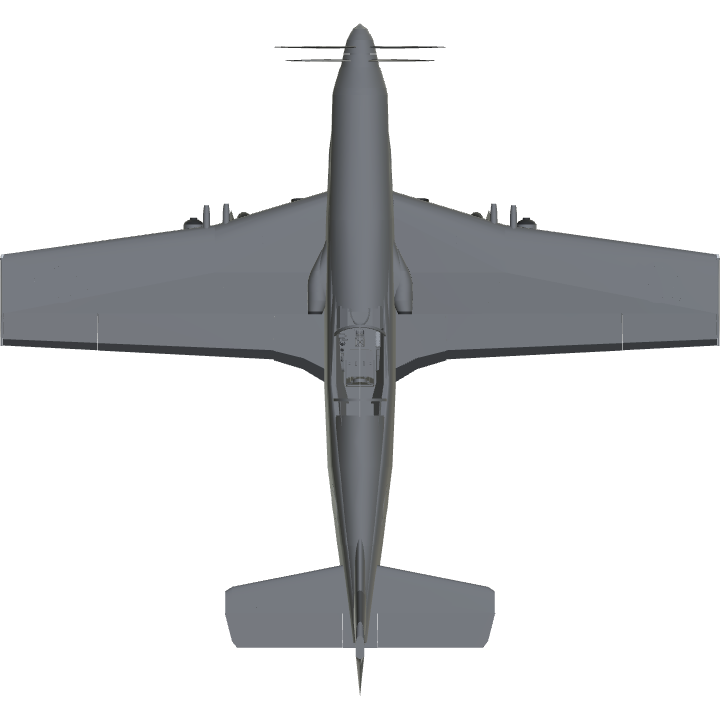 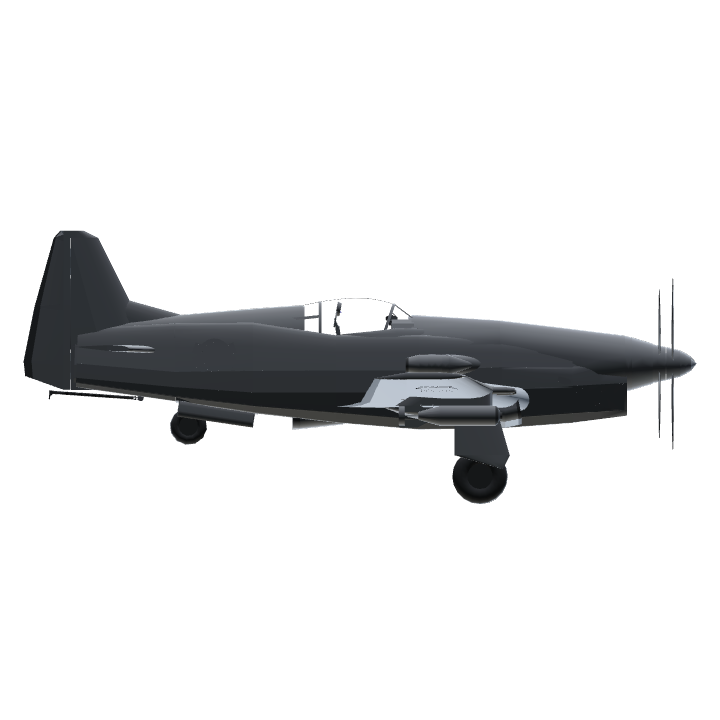 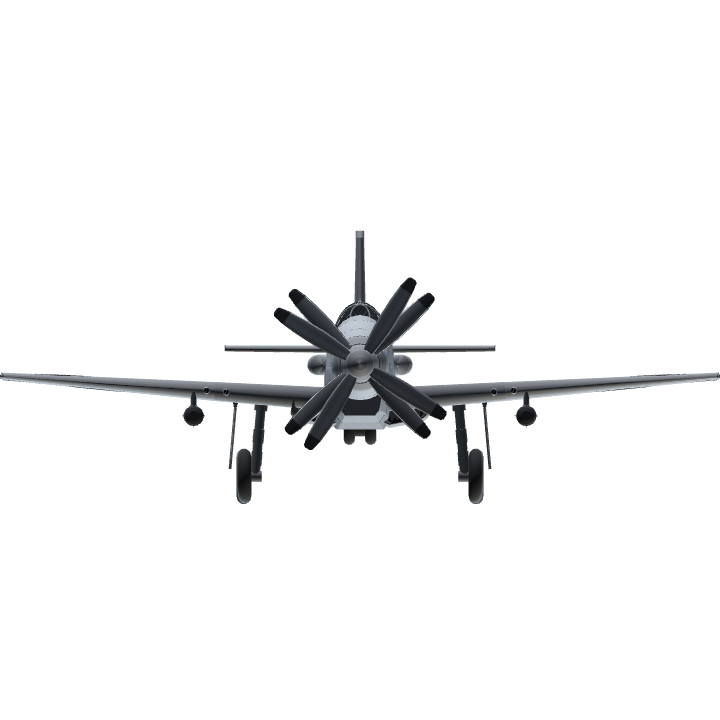