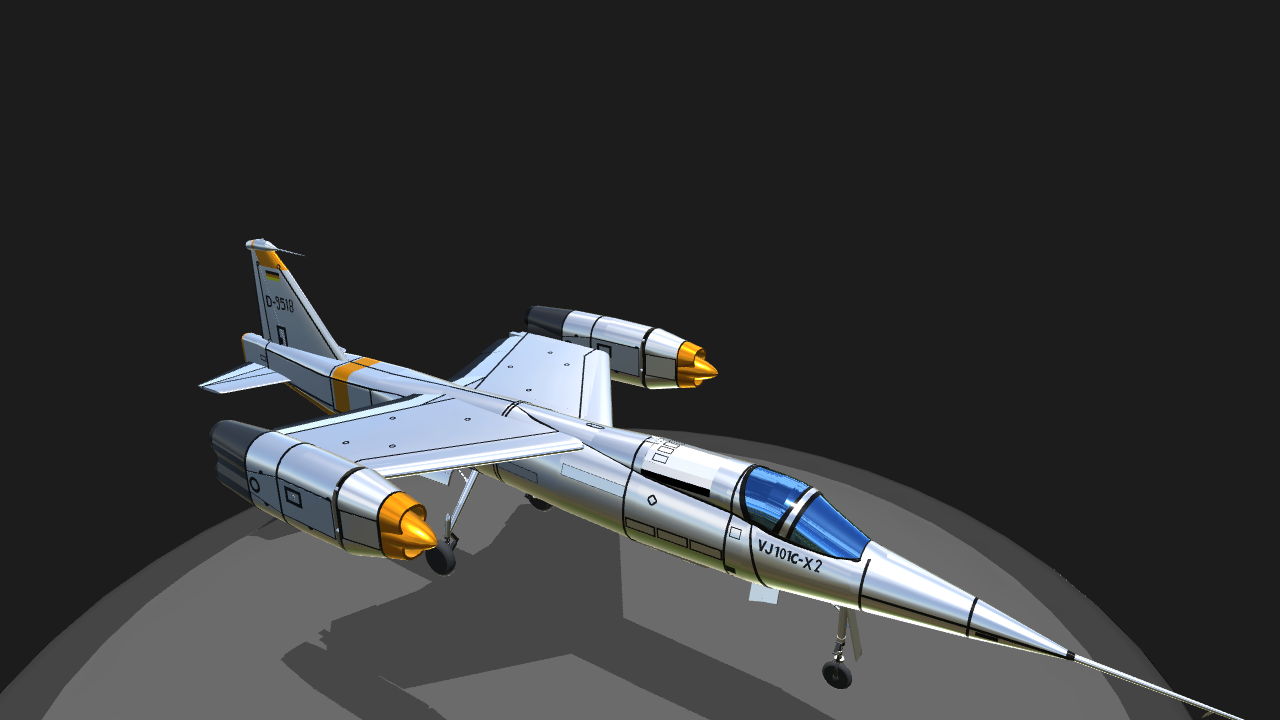 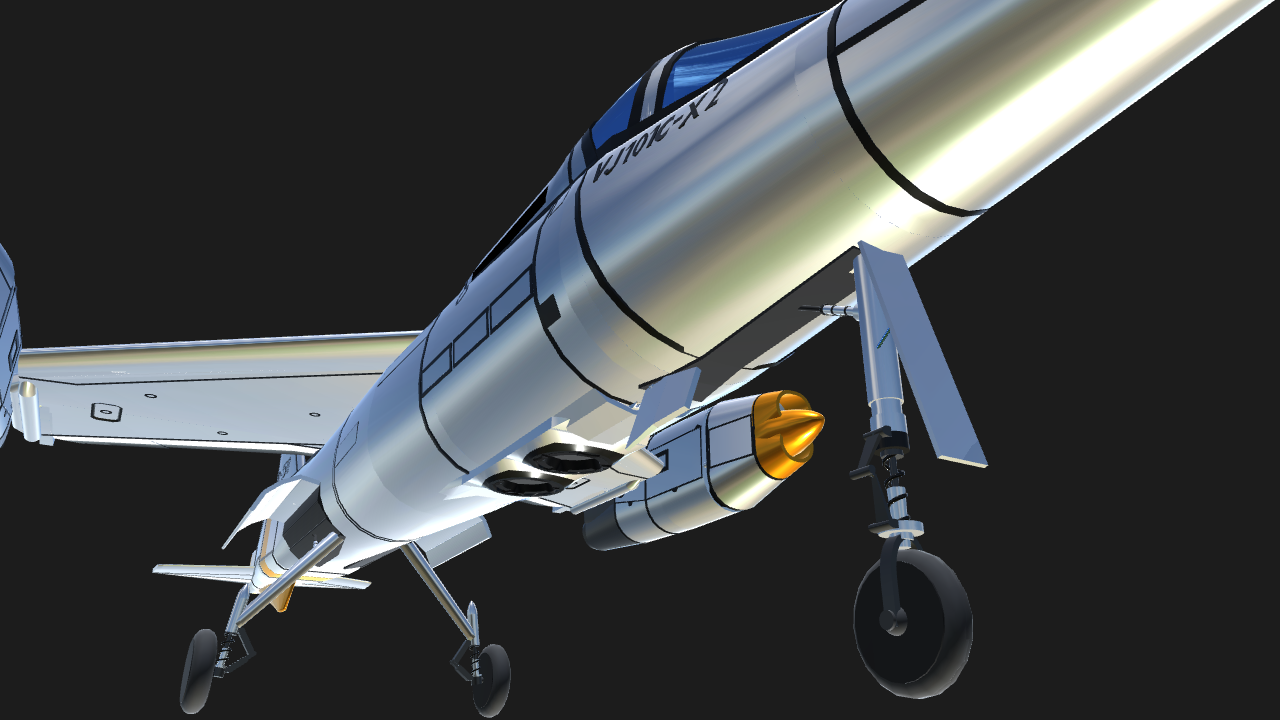 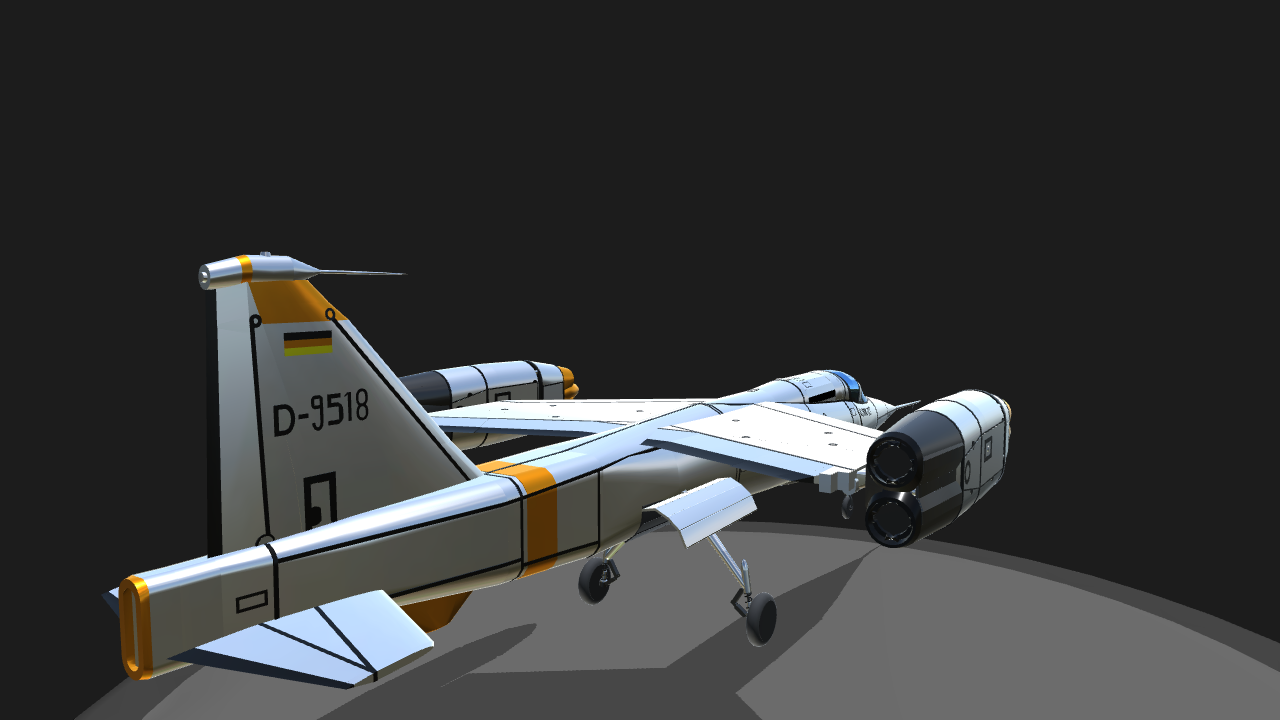 My first replica The EWR VJ101C-X2 Tiltjet:-
re uploaded because :I uploaded the wrong(uncompleted) one .....
I will always let other people test it more and I will try to be less stupid :(

- The right length, wingspan, height and takeoff weight.see it on Wikipedia!

1.Activate AG1 to transform to VTOL mode.
2.Throttle to 55% (stable hover at 50%"I should get an award for that exact number")
3.pick up some altitude"200ft is enough" then slide the VTOL slider to the third line the plane will be gaining altitude automatically IT WON"T FLIP DON"T TRY TO CORRECT IT.
4.When you achieve the speed of 120mph slide the VTOL bar all the way up, Now you are in hover flight "Don't throttle over 55% ok"
5.Deactivate AG1 and the plane will go forward , if you want you can activate the afterburner with AG2 "Be careful it drinks fuel".

How to land in Vtol:-

The Surprise;- (Not realistic the real thing didn't even fly with full fuel load, if you don't like it don't activate it!)

Don't you hate it when the enemy Ai or a bomber Ai laugh at at you because you're unarmed......
- Sneak behind them then Activate AG5 .....you will activate ;
-- 2*Rapid fire 20mm with custom smoke and realistic airtargets ammo belt(tracer, bullet,bullet,bullet,tracer)"Activate slowmotion if you want to see them".
-- Two thrust vectoring missiles but you must be very close to them"Max range is 3 miles and just like the real missile there is a little chance of sudden stop before reaching the target or the missile will loose the guidance if the enemy made alot of negative Gs maneuvers , tell me if you got one, the are rare but they happen"

If the convoy is near you,go and visit them with your Custom rocket pods. they will enjoy it! 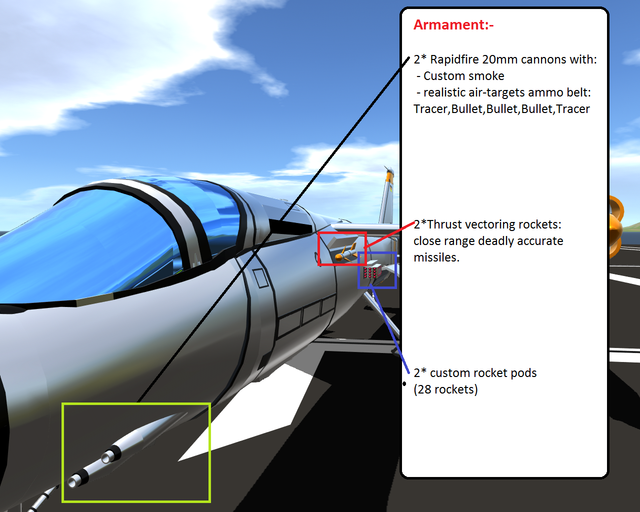 I'm extremely proud of this plane, I had a lot of fun building it, I hope you enjoy it as much as I enjoyed building it. any feedback is welcomed.

Thanks for the support everyone!you're the BEST! 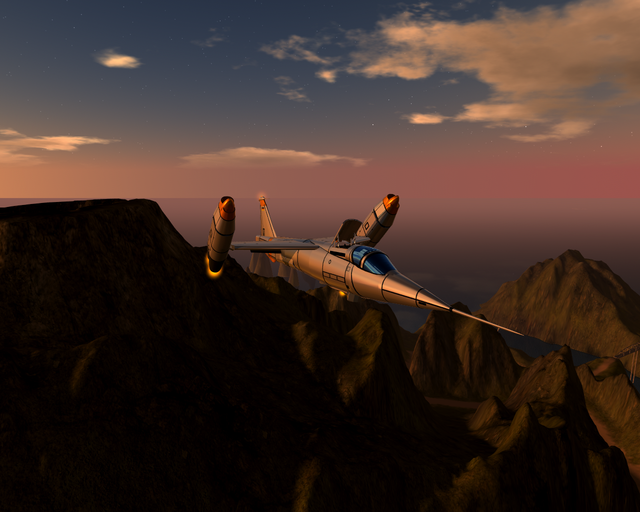 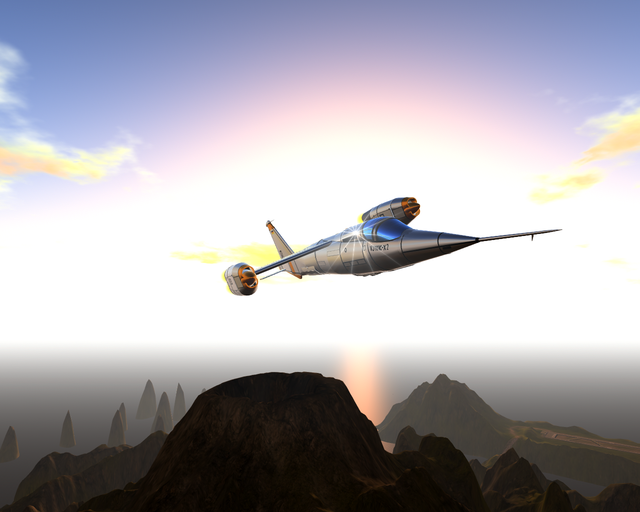 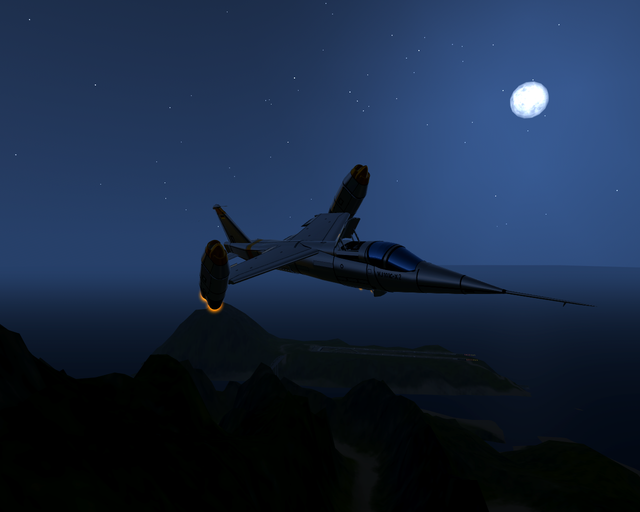 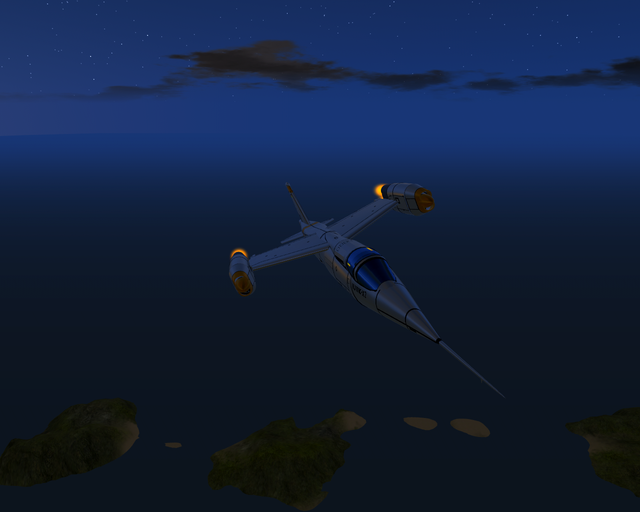 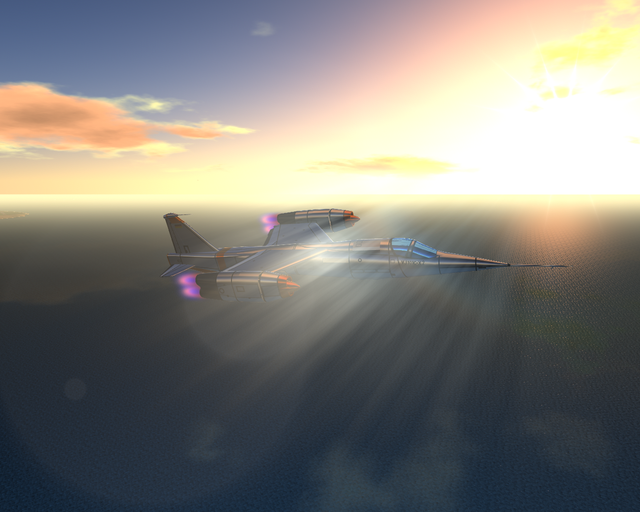 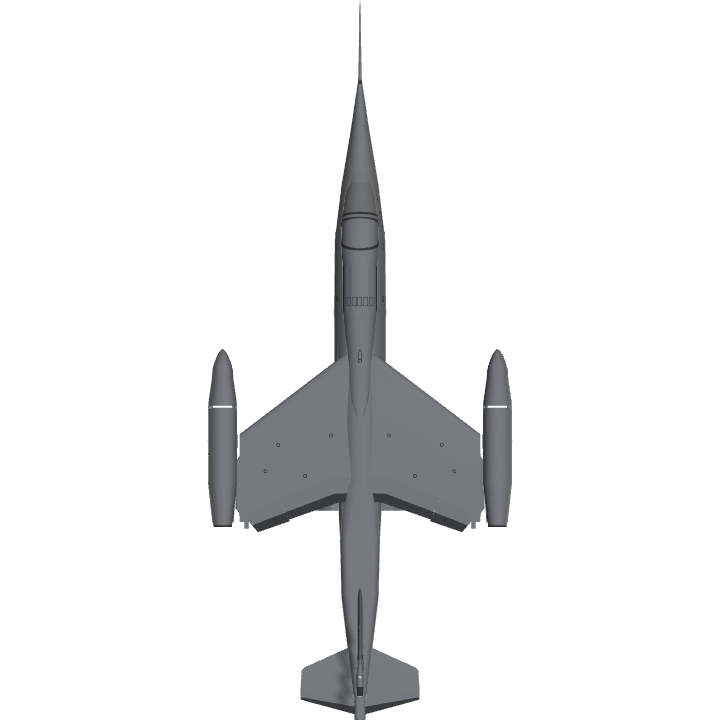 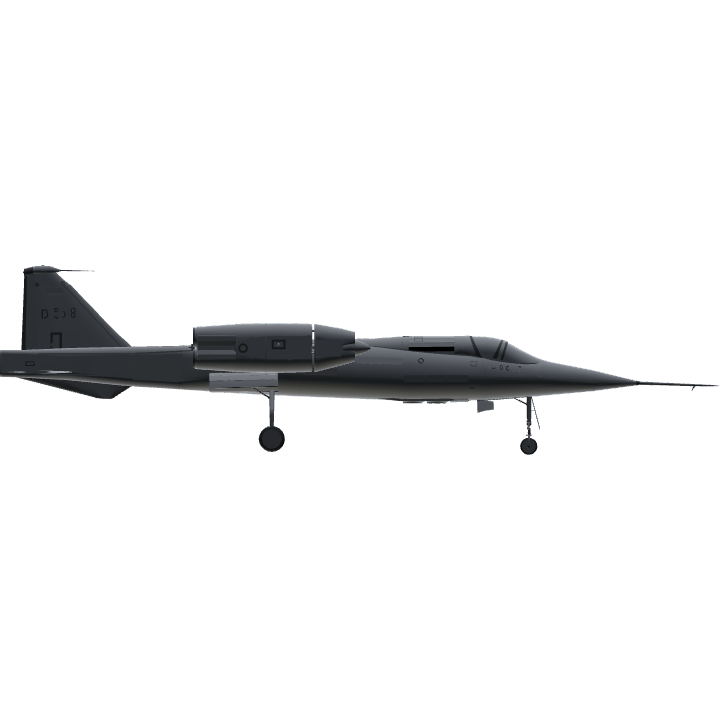 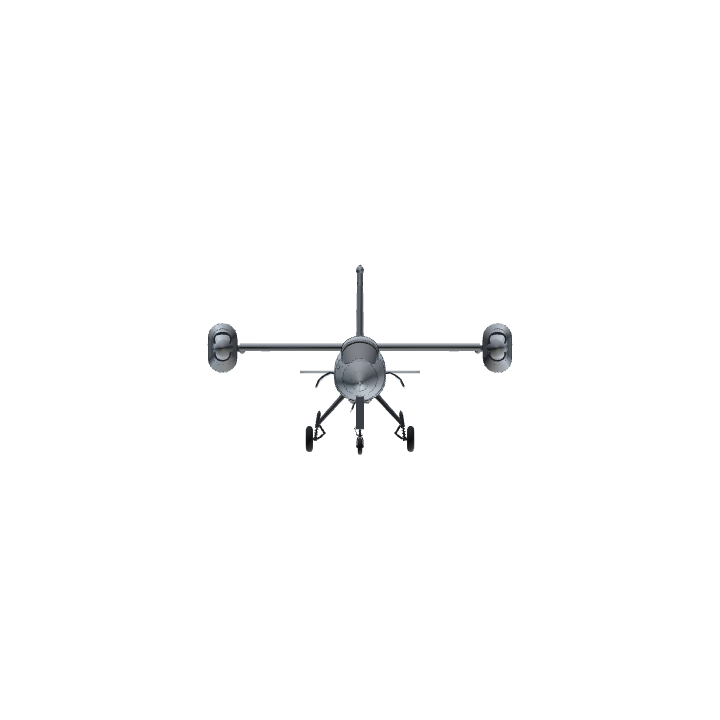