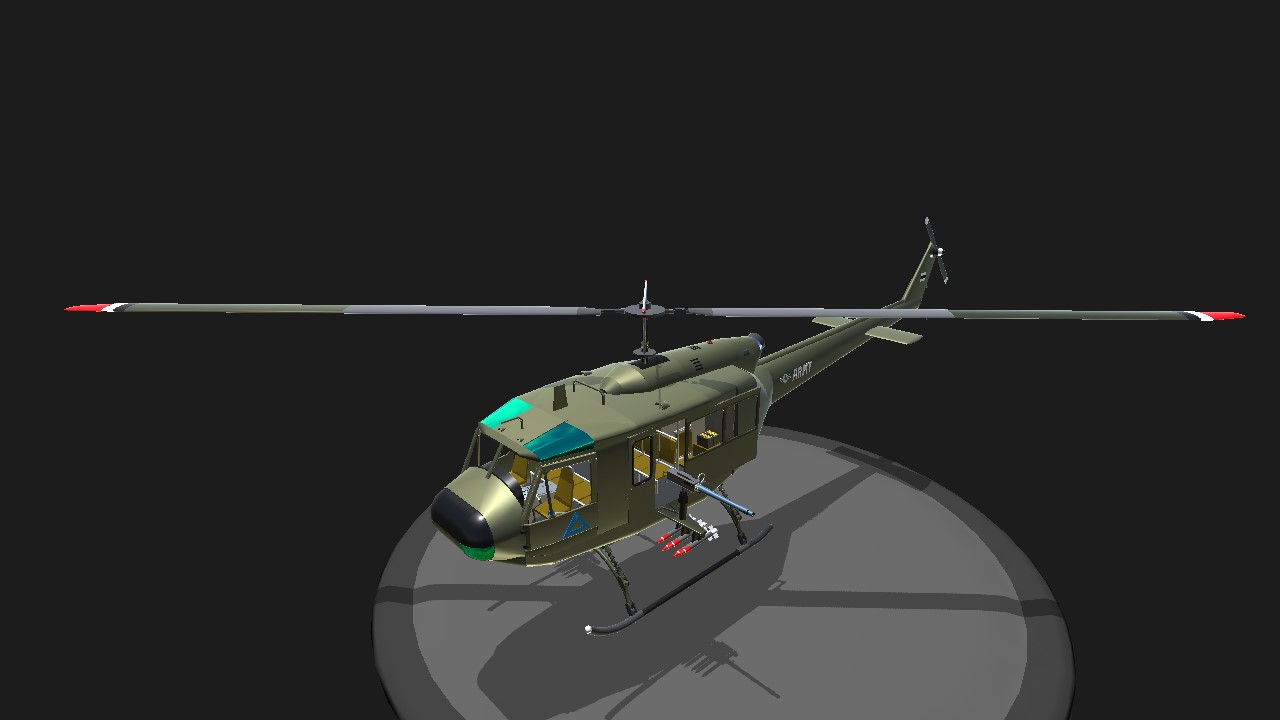 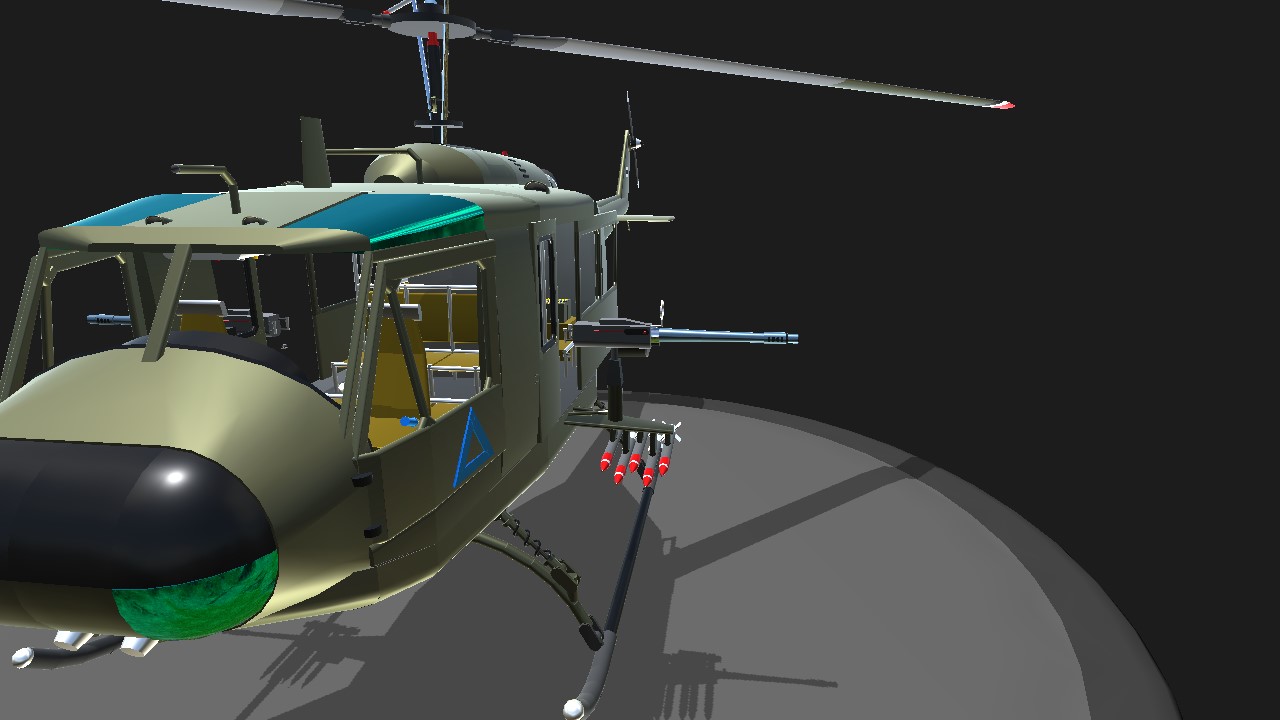 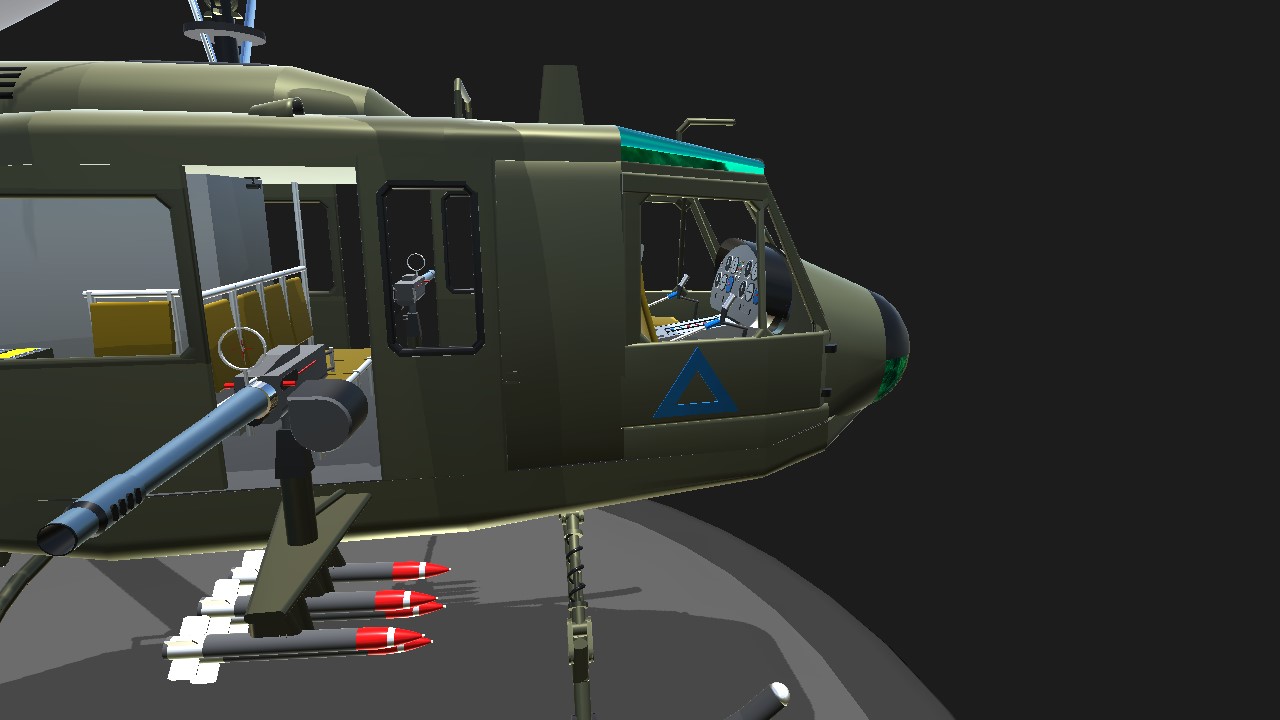 - LandingGear to open doors.
- AG2 and VTOL up for forward thrust (up to 150 mph). You can set speed and then deactivate AG2.

Weapons: 30mm Autocannon
- Use in-game air to ground weapons system.
- Camera’s 1 and 2 for main guns. (Port side first 20 rounds, starboard next 20)
- VTOL and TRIM to aim the guns.

Notes:
- When cruising at speed, AG2 on, VTOL up and adjust rotor pitch (Throttle to climb, descend or to reman [steady = 50%]).
- She can take a fair bit of flack damage, be sure to use the Damage Visualiser after an engagement with the enemy.
- Gyro’s are located outside of the main body in order to allow them to be shot and therefore create a dramatic crash (hehehe).
- Shocks are installed on skids so one can drop onto a target location eg. hover at 10 to 20 feet and then hit AG1 or Brake to land/drop.
- Two gyros used, one gyro’s YAW setting set to Roll - this helps with better manoeuvring.

XML Notes:
- HEX colours used: (USA Standards) Light Green Camo; #3f3f25, #2f2f1c
- Main engines INPUT is “Activate1” which turns on the engine at top speed.
- Main engines are set to zero on deactivate. (deactivating will drop you out of the sky)
- Secondary engine is not set to zero on deactivate. (can match speed, deactivate, and then move to guns to shoot).
- Weapons “firingDelay” is set to 0.5
- Rear rotor RPM is set to 300 (rotor is only for show, it provides no thrust).
- Cockpit is 5 degrees downward.
- Rockets is 3 degrees downward.
- Most large parts massScale set to 0.01 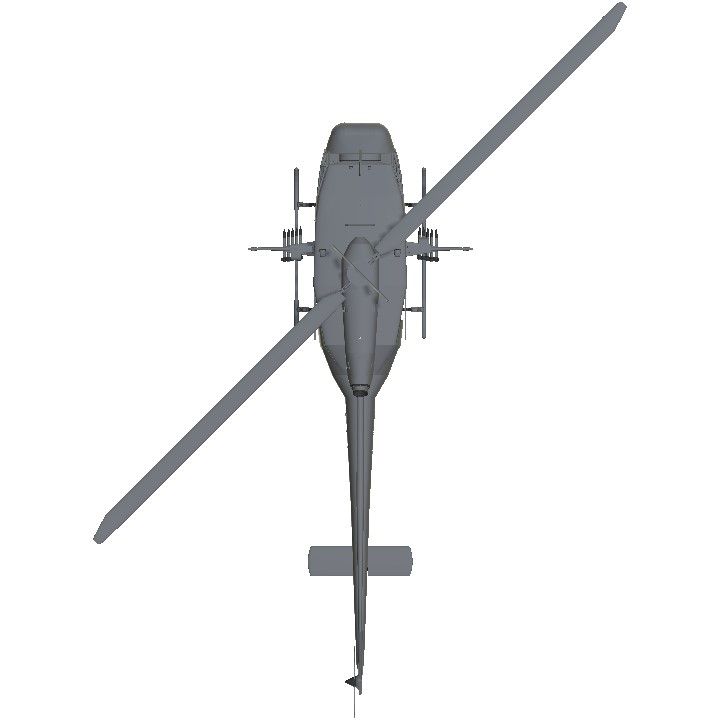 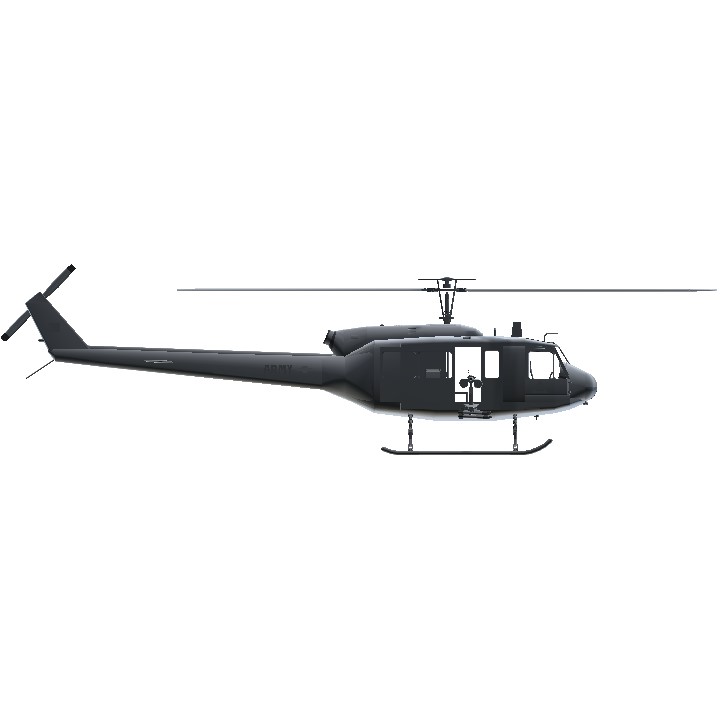 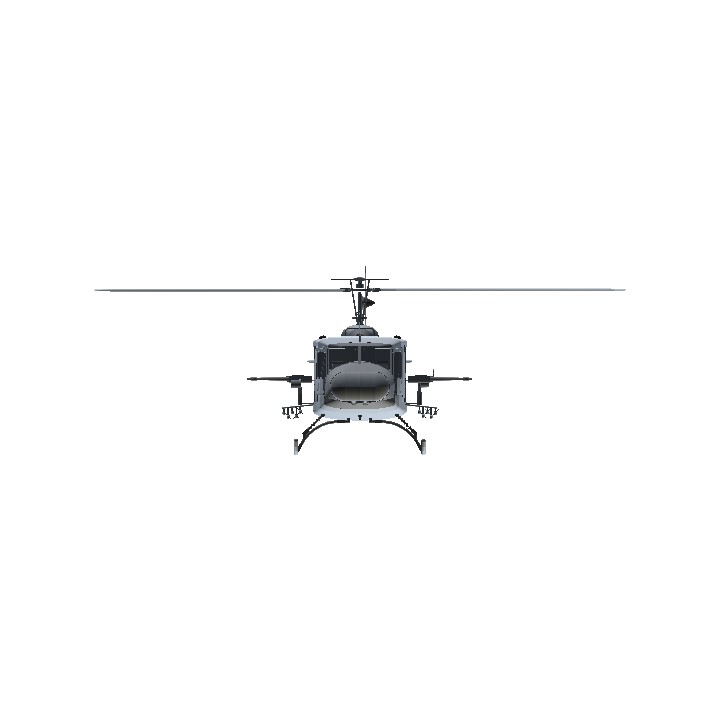