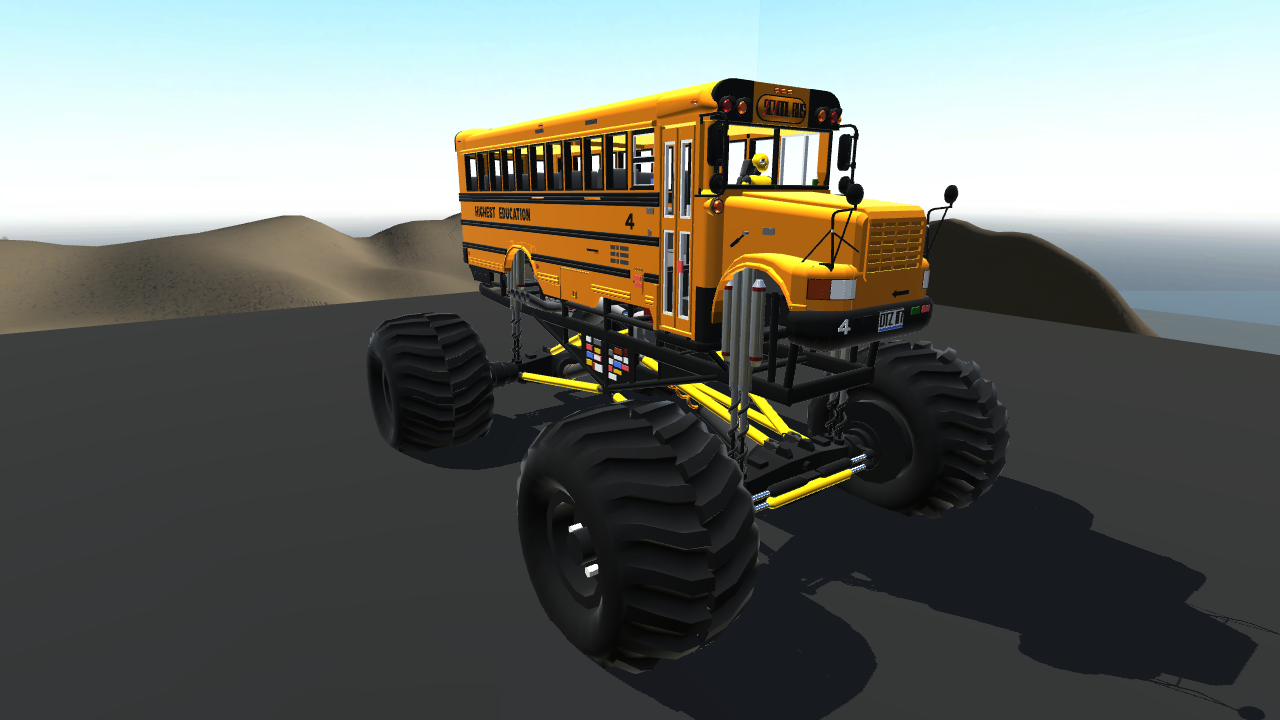 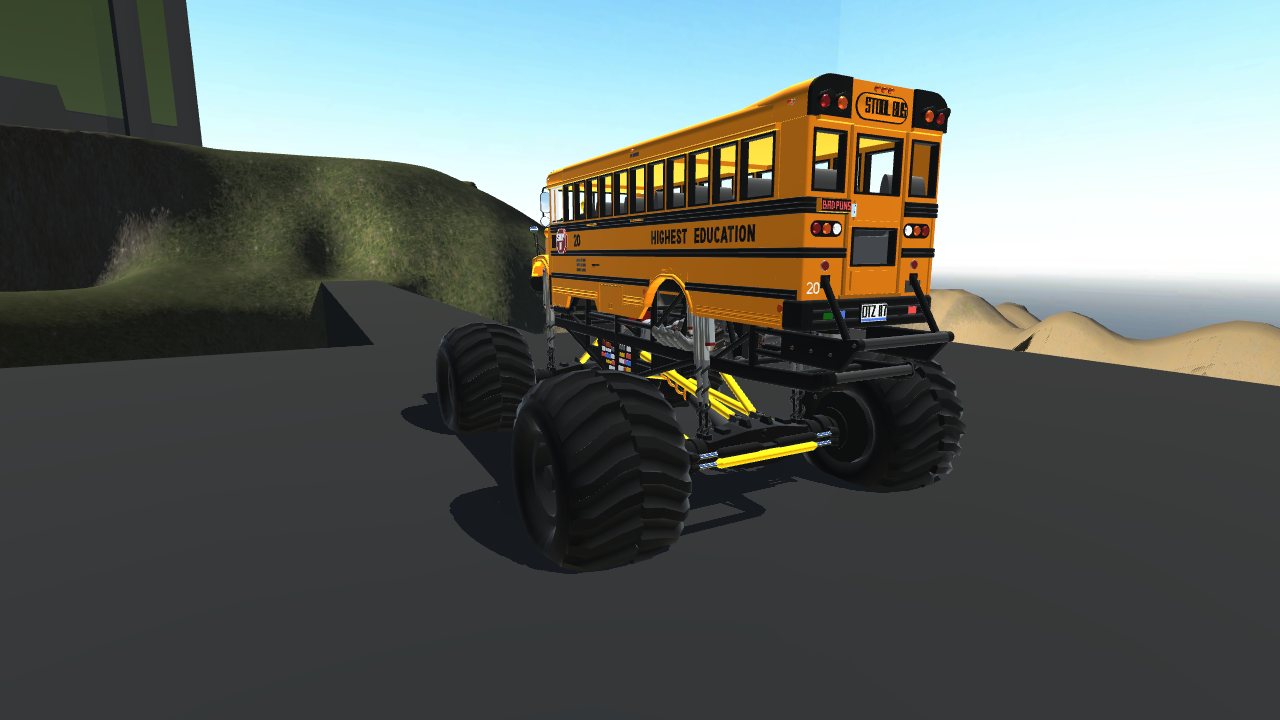 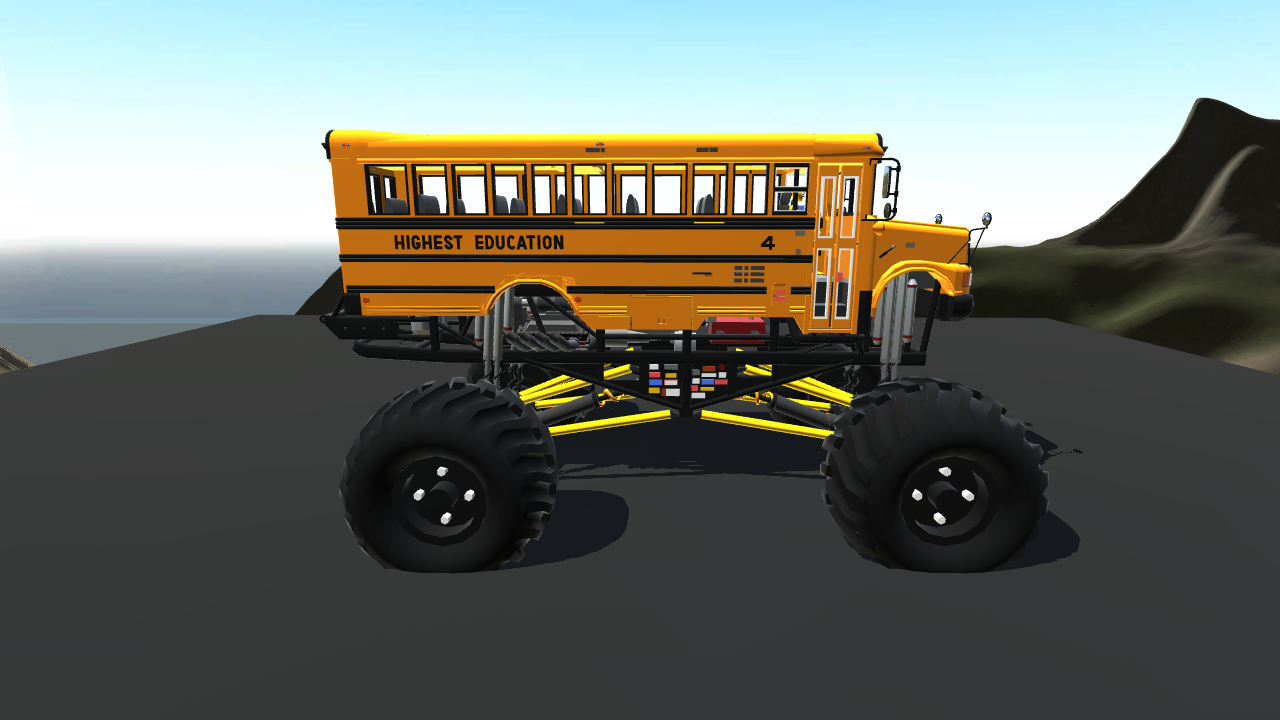 WHY WOULD YOU EVEN...

You see I am but a "simple" man, I see a nice picture of a 1970's schoolbus and like any logical person I say to myself:

I should probably make that into a monster truck in simpleplanes

And so I did, weighing in at 90,000Ibs, containing 2300parts. delivering 40,000hp and full of bad puns is the Highest Education Monster bus!

When making this I had two goals in mind, putting in an excessive amount of bad puns and jokes, but also to try to make a functional monster truck suspension system. It's not perfect but this is a simplified version of a four axle system.

This has been the work of nearly a week and while it might not look like it thats because so much time was spent trying to get good reference images or just being at a loss for what to do next, getting the suspension to work even teaching myself how the suspension works.

I also made sure this is could do all the ramps and not blow up everywhere. And to be fair it mostly does as long as you take it easy on the back suspension.
Getting it all to work ended up taking longer than expected because every time I fixed something another part would break. Its almost like the developers programmed the frustration of game dev right into the game!(jk I love you guys)

So I hope it was all worth it, it probably wasn't but whatever!
I sure as hell will do it again! Onto the

Controls the stop sign and opens the bus doors, I don't know how someone would actually get into the bus but that's besides the point

Parachute for slowing down from high speeds

how's this for a comeback build eh?
P.S Is putting Mobile Friendly in the tags going too far? whoops 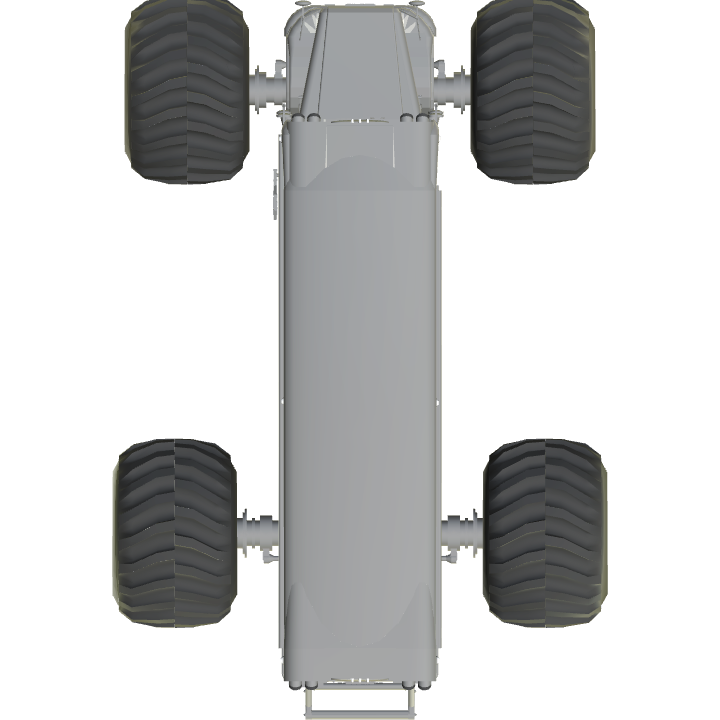 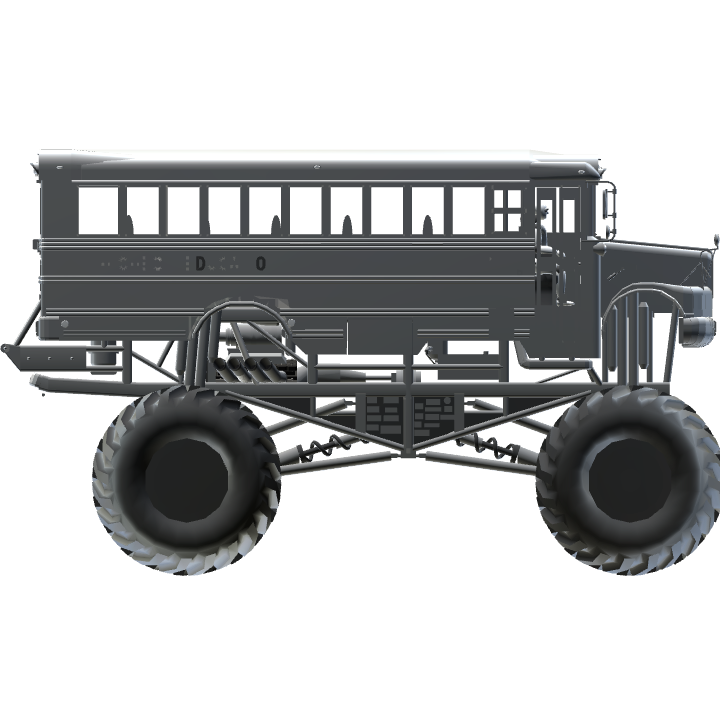 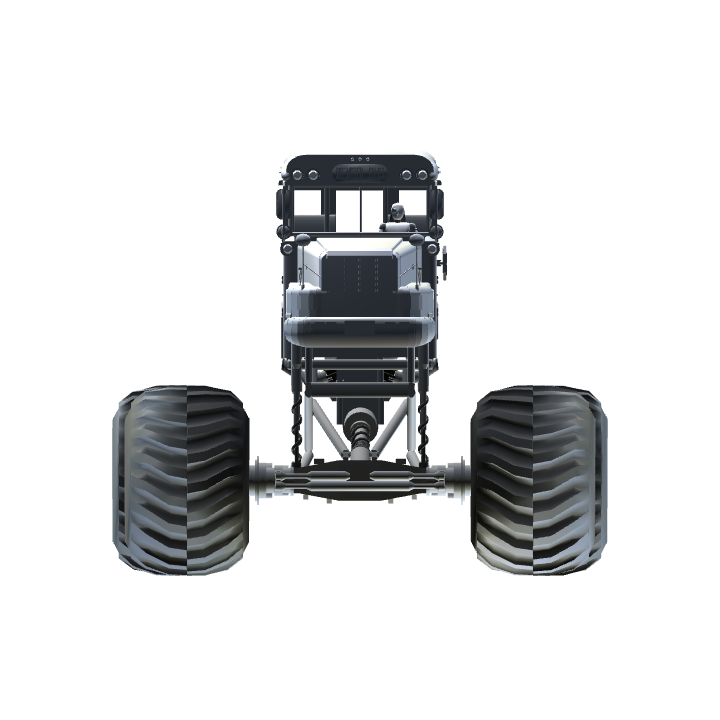