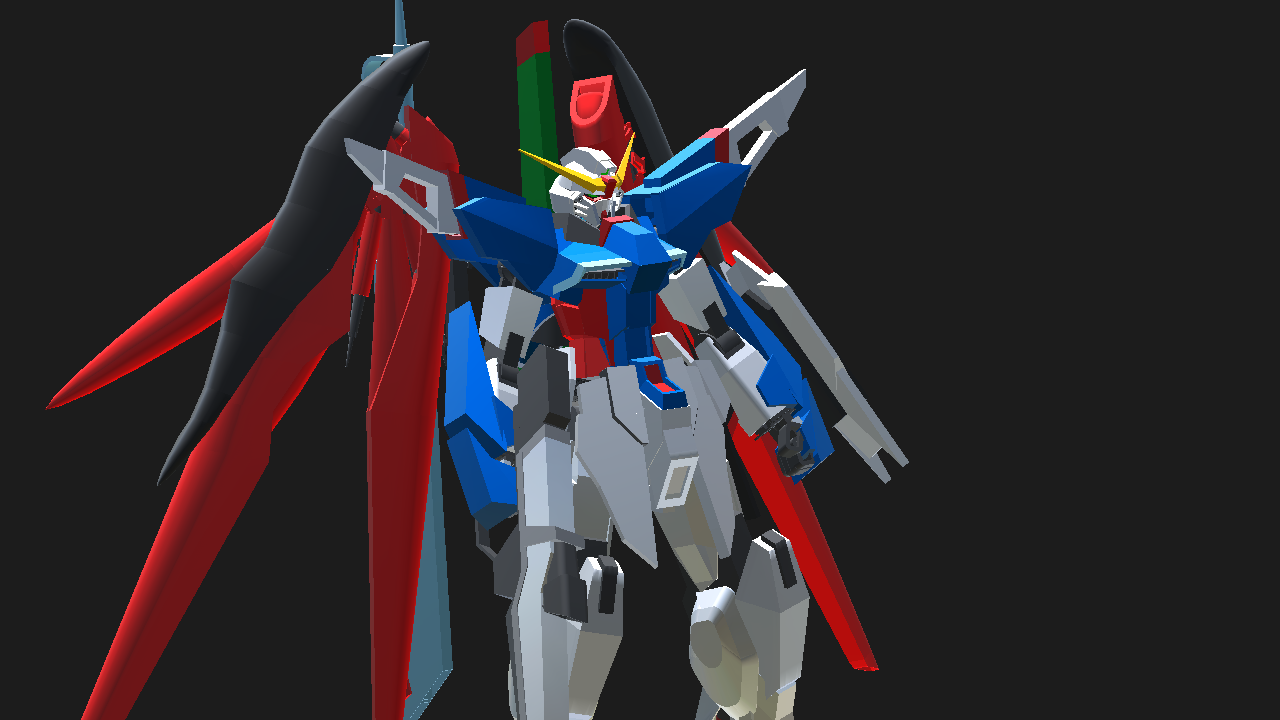 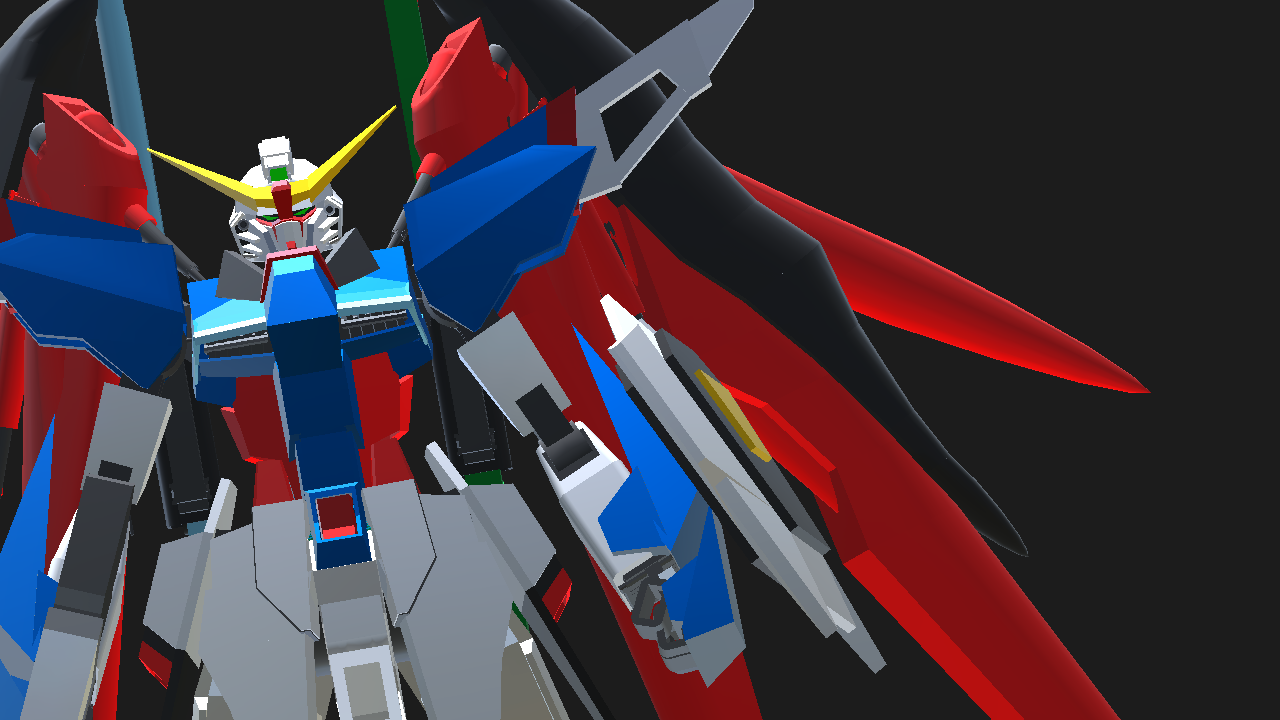 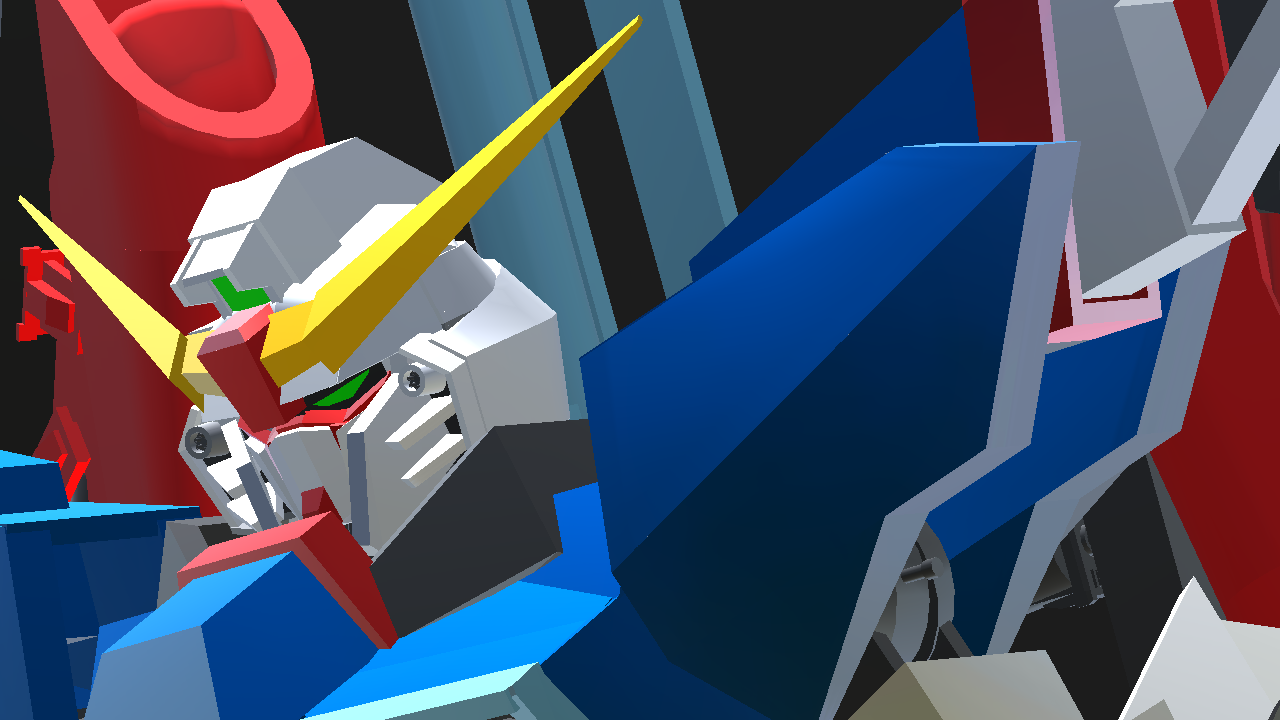 The ZGMF-X42S Destiny Gundam is a high performance general-purpose MS commissioned by ZAFT Chairman Gilbert Durandal, who ordered it to be incorporated with the most advanced technology of the time, including technologies banned by the Junius Treaty.[1] Based on the ZGMF-X56S Impulse Gundam and Shinn Asuka's combat data, it is designed to handle any combat situations with a single set of varied armament, a concept first tested on the ZGMF-X56S/? Destiny Impulse.[1] For close combat, it has two beam boomerangs that double as beam sabers, a pair of palm beam cannons, and a large beam sword. For ranged battle, it is equipped with a long-range beam cannon and a beam rifle. For defense, it mounts a small physical shield as well as two beam shield generators. Lastly, the suit has a standard set of CIWS.

For the Destiny Gundam to use its variety of weapons effectively and quickly, it needs to have a wider range of body movements as well as be more flexible.[1] To achieve a wider range of body movements, the suit's basic structural components are split into smaller, movable pieces, while its armor is divided into smaller pieces in a manner similar to that of the ZGMF-X20A Strike Freedom Gundam's.[1] The exposed gaps in the armor due to smaller armor pieces are remedied by mapping out the ranges of motion of the frame using Shinn's combat performance to determine the most efficient way to separate the armor parts.[1] This ensures the wider range of body movements do not compromise defensive power.[1] To be more flexible, the Destiny's joints are constructed of the same materials found in Phase Shift armor.[1] This allows the joints to possess near-human flexibility when phase-shifted and a faint metallic glow is produced when discharging excess residual energy within the body through the joints.[1] Through these measures, the suit met its requirements, however, various problems remain to be solved, including maintenance problems and production issues.[1]

Other special aspects are the Destiny's use of the new Voiture Lumiere propulsion system and the use of Mirage Colloid to create illusionary copies of itself.[1] Destiny's Voiture Lumiere propulsion system is installed in the wings, which are improved version of the ZGMF-X10A Freedom Gundam's wings[2], and will produce a special light effect known as Wings of Light during high speed movements.[1] The Voiture Lumiere propulsion system is frequently used alongside the Mirage Colloid to confuse the enemy as the real Destiny sets up for a high-speed attack. Like the ZGMF-X666S Legend Gundam, the Destiny Gundam is powered by the Hyper-Deuterion Engine and armored with Variable Phase Shift Armor.[1] Although classified as a "Second Stage Series" mobile suit, as indicated by the "S" in its model code, the Destiny should be a "Third Stage Series" instead based on its performance.[1] This is done to hide the fact that it is a nuclear-powered suit and should have an "A" instead.[1] 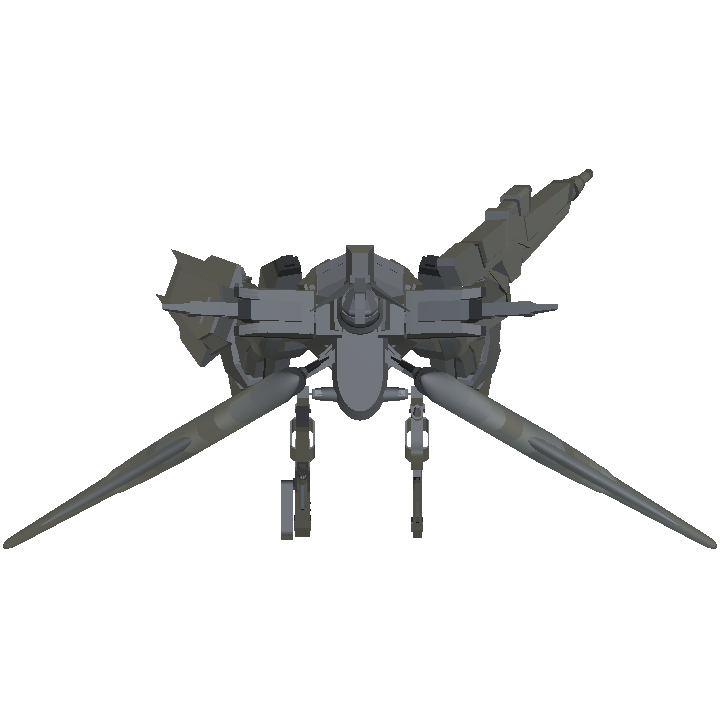 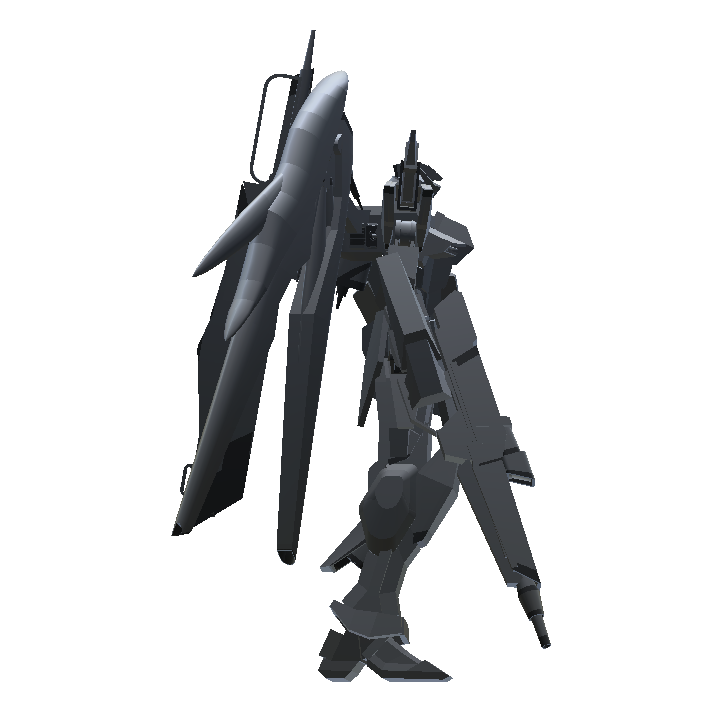 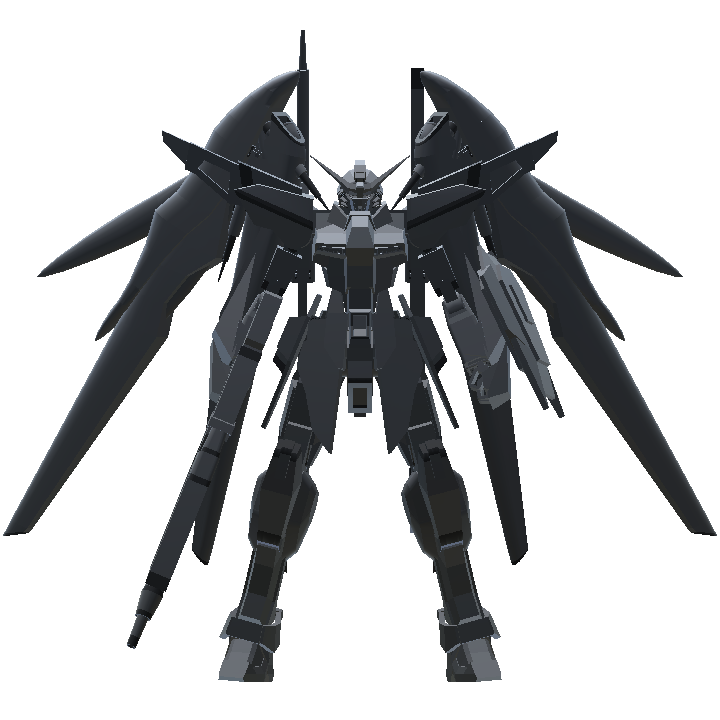