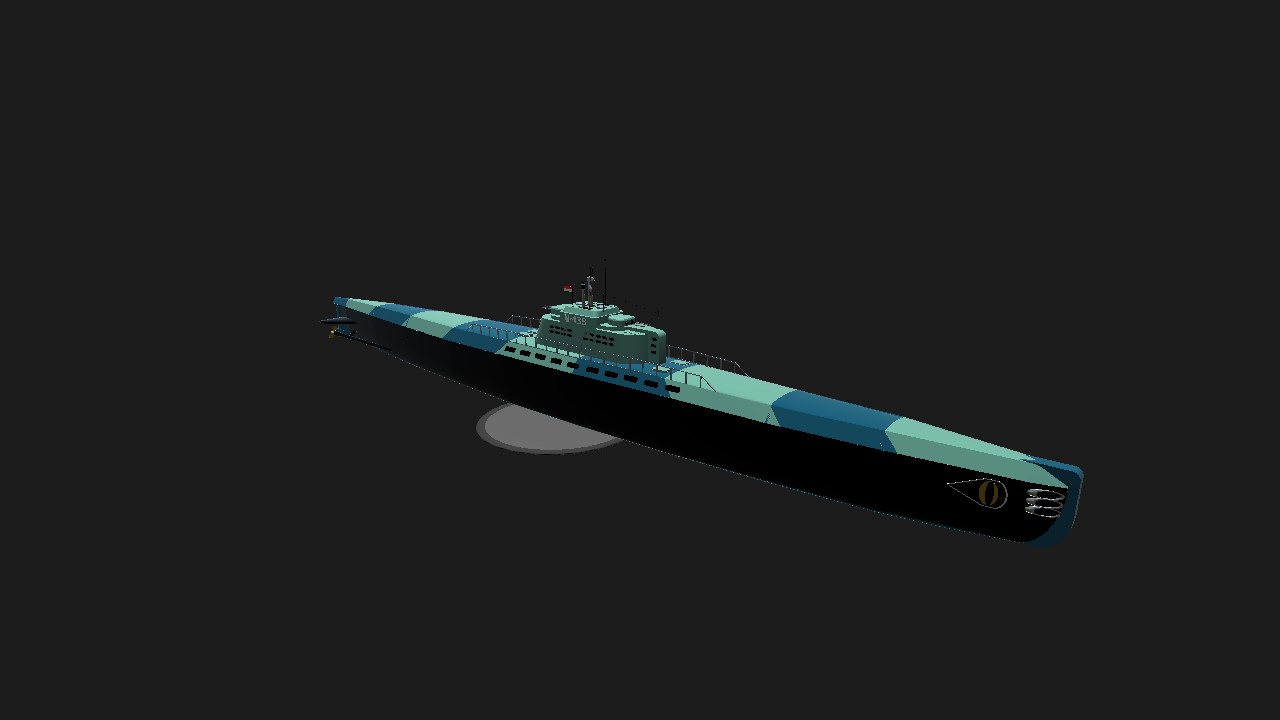 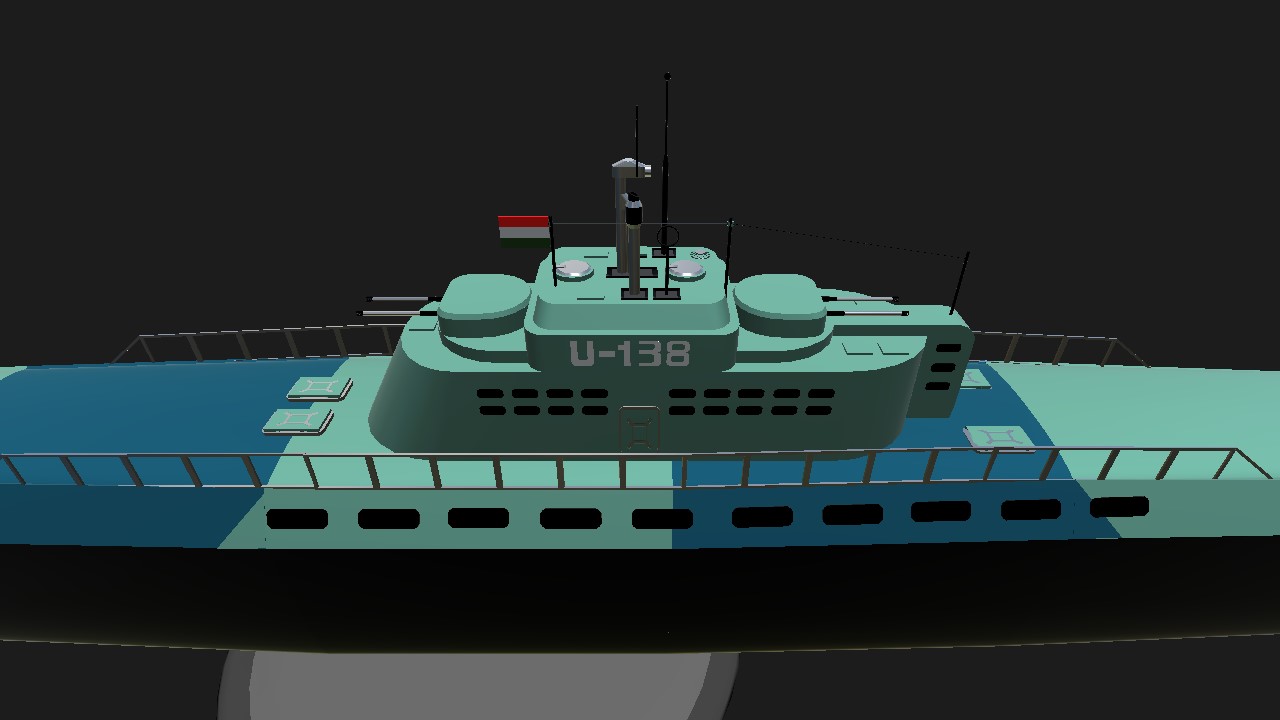 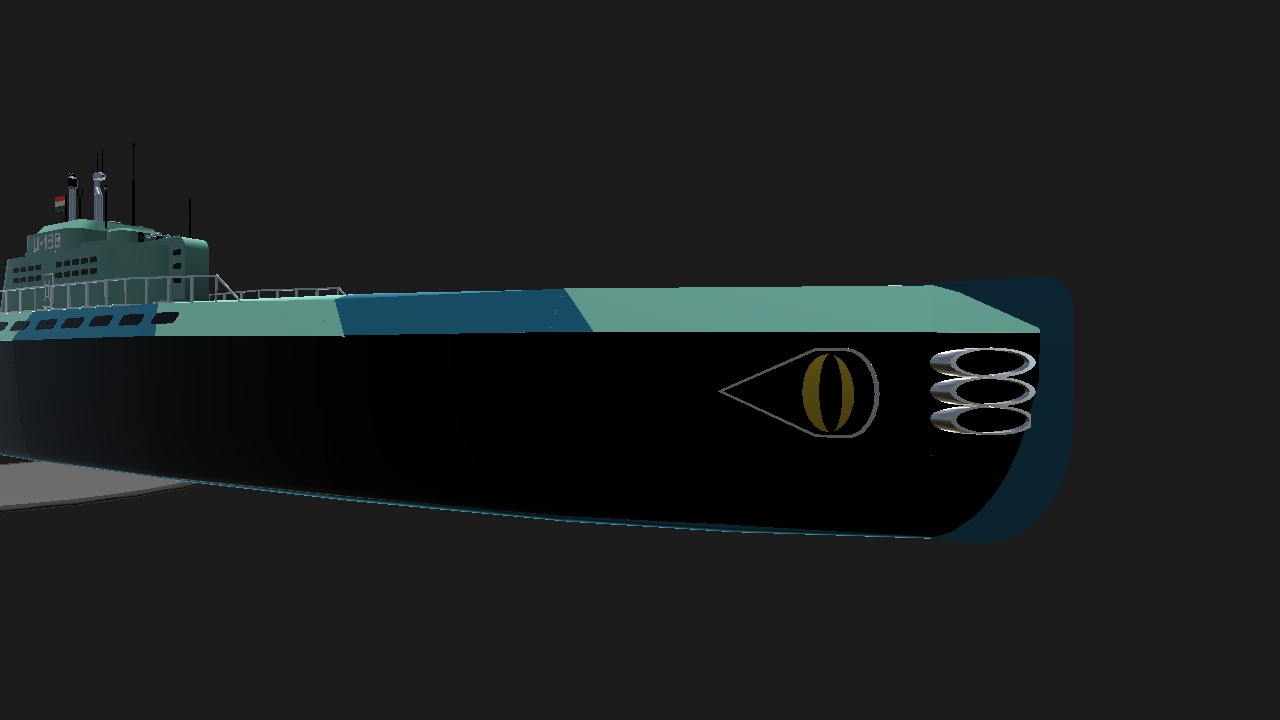 Fixed version here
(If you want to fix it yourself, just go into the turrets and modify the hinges to however you want)
Credit to Taki on the body of the sub, so give him the points if need be I just entered it bc it was my last minute idea he agreed to (thanks boss) anyways this was fun to detail and come up with ideas for... I hope ya'll like it.
Fictional build, based upon the Mk. XXI U-boat.
Attack sub

History:
During the later stages of WW2 Hitler was getting desperate and making last-ditch efforts in order to take back some control so under Operation Scwertfisch in June 1944 he ordered Takicraft to build his newest u-boat design, the Mk. XXI- and by December 1944 3 were built and sent by railcar back to mainland Germany for use in the northern waters to go after shipping and to support other fleet groups. The one pictured here, U-1138 Marlin was finished in October of 1944 and sent up into the Baltic Sea and out into the Atlantic to attack convoys under disguise (hence the U-138 instead of U-1138) to blend in- and replace the original U-138- with the 3 other subs it was with. U-1138 was successful, 22 confirmed sunk convoy vessels and 1 Soviet destroyer from Nov 1944-April 1945. She was on another routine mission when Germany surrendered in May 1945 and they were ordered to come home. She was fought over in the aftereffects of WW2, being built in Hungary, which was now under Soviet rule so she was sent back and was drafted into the Soviet Navy. She was refitted in 1947, switching the turrets from 4x20mm AA guns to 2x100mm anti-ship guns. She was then sent on railcars to the Sea of Japan and patrolled there without any action until her retirement in 1956. She was due to be scrapped and her parts to be recycled back into the Soviet sub program but due to her history and being 1 of only 5 built (2 being built after the war) she was sent back to Hungary in 1960 to be put on display outside of the Takicraft Naval facility, where she sat until 2004 when she was refit and restored and made seaworthy again, becoming a floating museum in 2010.

Design:
The design was mainly based on the Mk. XXI, but it was redesigned and updated to make it easier to use, faster, and capable of carrying more armament and less crew due to simplicity in usage. She was given 2 diesel-electric V-20 powerplants and had a crew of 23, including the captain. The turrets were originally anti-air, with 4 20mm cannons in each turret- until the upgrade, later on, switching those out for twin 100mm anti-ship guns per turret, seeing as she had the ability to stay under longer because of the snorkel that brought in fresh air so they only had to go to periscope depth- and she originally had no offensive gun armament. The version here that was refurbished kept the 100mm guns but returned her to her original paint scheme and "fake" disguise designation.

To use:
VTOL up/down to raise/sink the vessel.
Roll to turn
Pitch (doesn't do much) angles the vessel up/down

Scope: 1+Trim to rotate
Turrets: 2 activates the front one, 3 activates the rear. Yaw to rotate and Trim to raise/lower the guns, normal way to shoot.
Only has 6 torpedoes, sorry, explanation in the postscript. Fire normally.

P.S. This was a rush job so prob gonna go back after the challenge and add more to it. 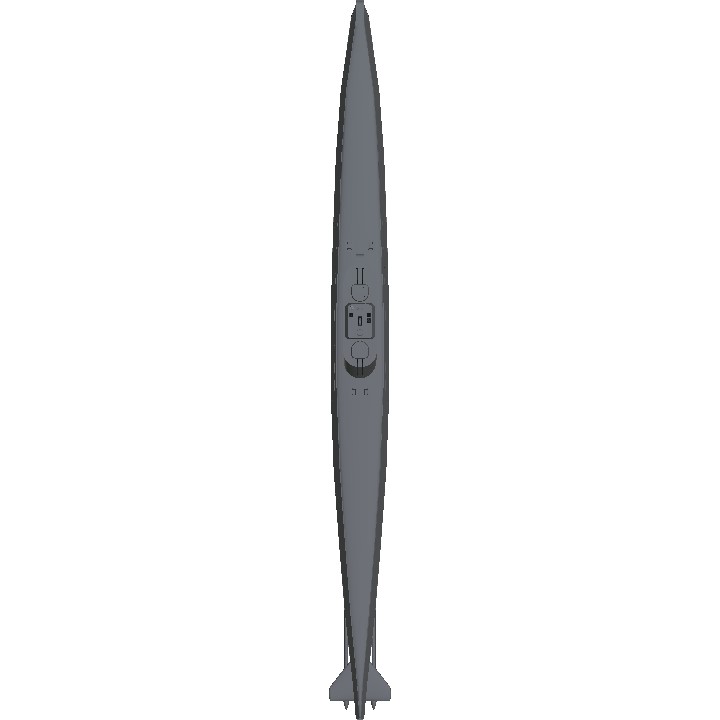 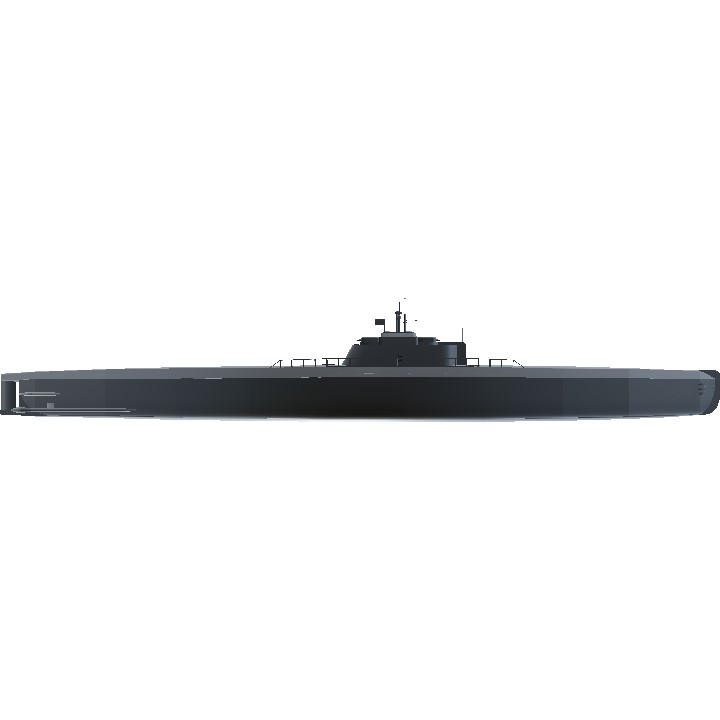 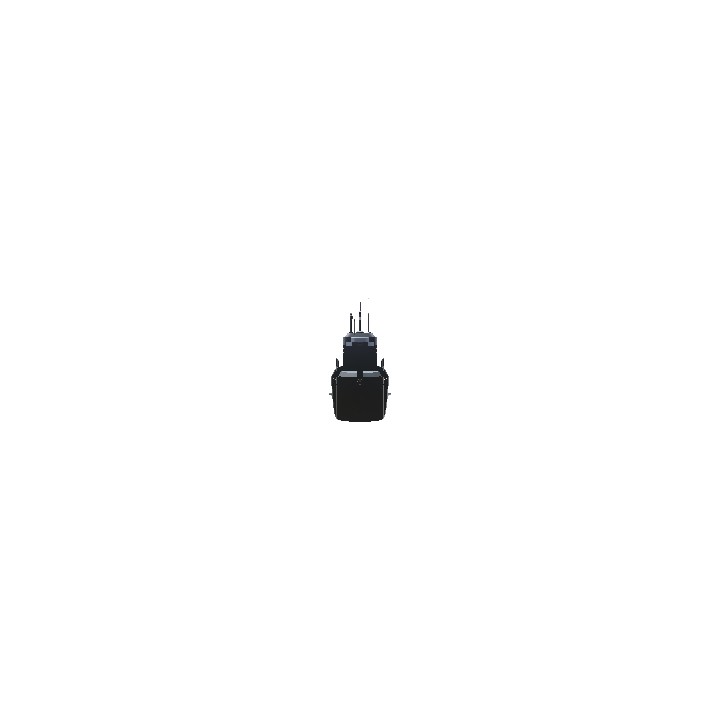