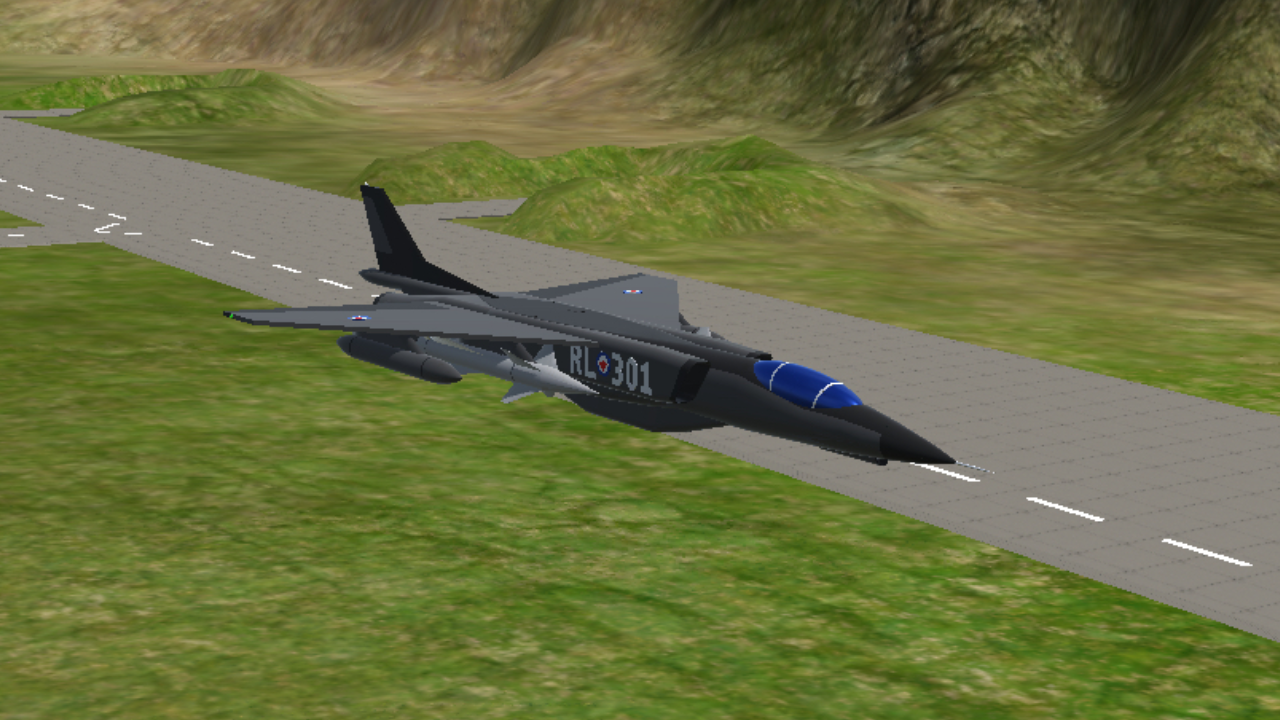 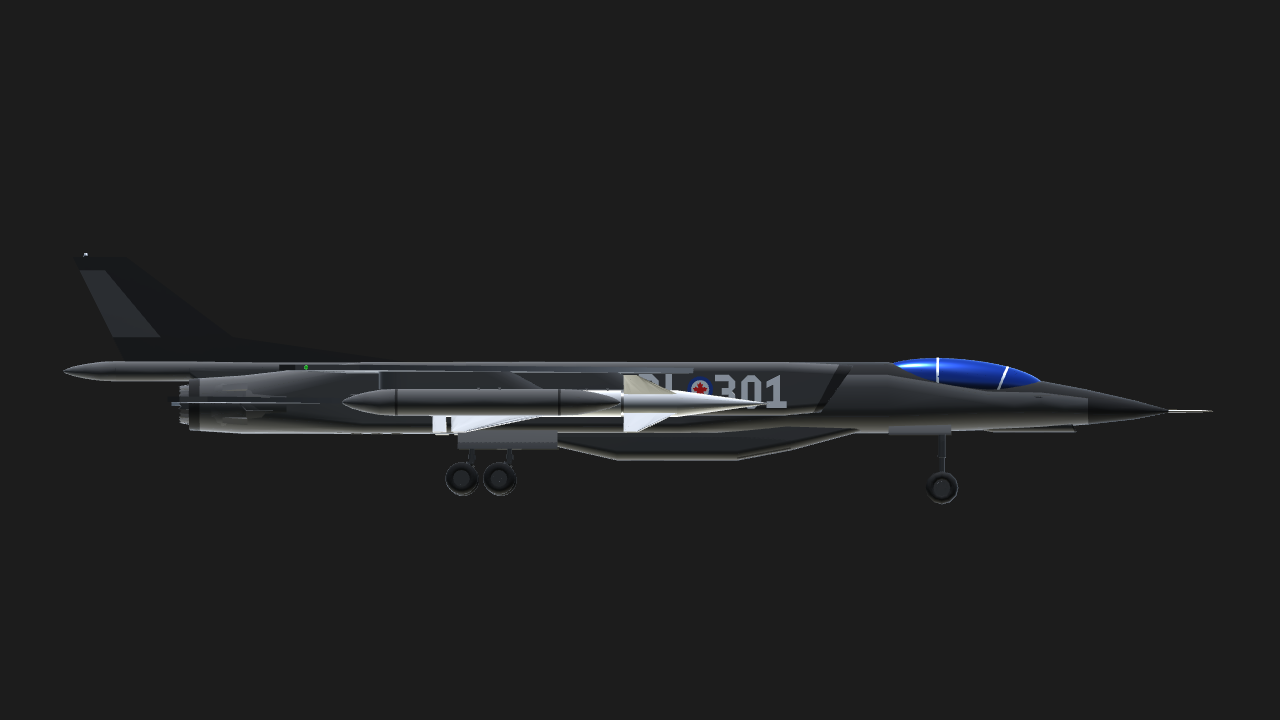 This is a seriously improved version of this, unlike the original however, this is designed primarily as a reconnaissance aircraft, however it can carry weapons. The most notable visual difference between this and the ACMSA is the extra pair of landing gear and the large reconnaissance pod mounted on the bottom (As well as the livery of course). You may also notice larger air intakes, which brings me to the next big change, the addition of much more powerful engines. These engines give it the ability to super-cruise without afterburners. With afterburners if you push the aircraft you can exceed Mach 3.

The aircraft was developed by Avro Canada after the ACMSA and the CR-191 was unveiled in 1966, which was when the ACMSA entered service, and the new recon aircraft entered service in 1968. It was deployed all over the world, and was only ever operated by the Royal Canadian Air Force. In 1969 four were deployed to South Asia to see what was going on in Vietnam, however Canada never actually participated in the nam war. With the end of Cold War in 1991 the Canadian military budget was significantly reduced and with that, the CR-191 had to go, along with many Cold War aircraft used by Canada, although it was a good asset, satellites could do the recon role just as good, and the RCAF also had newer multi role aircraft that could do the role. In the end 23 aircraft were built, and would have successful careers. 4 aircraft were lost in incidents, 3 were scrapped, and the rest ended up in museums.

Flight: The aircraft is designed as a high altitude aircraft and performs best at higher altitudes. To super-cruise at Mach 1+ throttle up to 100%. To reach Mach 2+ activate afterburners (Ag.3). Warning: The engines provide extremely high speed capability, but they also provide incredible acceleration. The aircraft is not very maneuverable.

Reconnaissance: The aircraft is designed primarily as a intelligence aircraft and is equipped with sensors and cameras. Cam. 1 is the front facing camera, cam. 2 is the down looking camera, cam. 3 and 4 are cameras mounted in the pods located on the outer pylons. Overflying potential enemies to take pictures can obviously risk getting you shot down, so the aircraft is painted with semi radar absorbing paint, this is not perfect so if you get a missile lock on you the CR-191 is equipped with flare dispensers.

Combat: This aircraft is armed with an M61 Vulcan rotary canon and 2 AGM-41 Missiles. This aircraft is not designed for air to air combat but it can be equipped with long range AAMs, that can be good for defending the aircraft. Equipped with these missiles it will easily destroy most ground targets. However these missiles are extremely high explosive so you need to be very, very far away, they are also extremely fast (Hypersonic fast).

Seriously I Wouldn’t Recommend Using the Missiles if You Have a Lower end Device.

Landing: It’s not to hard to land, but it requires a not very steep descent and is fast compared to other aircraft.

Thanks to anyone who downloads, spotlights, upvotes, or comments. 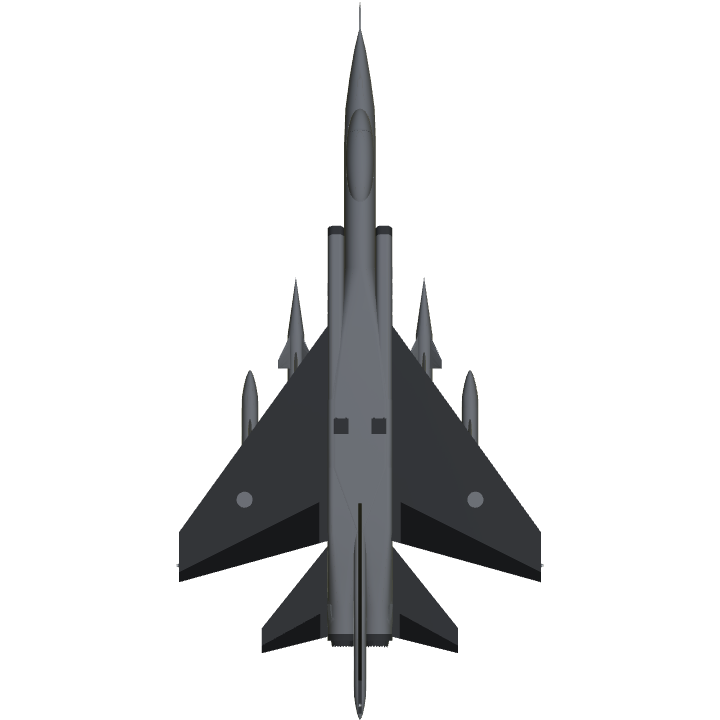 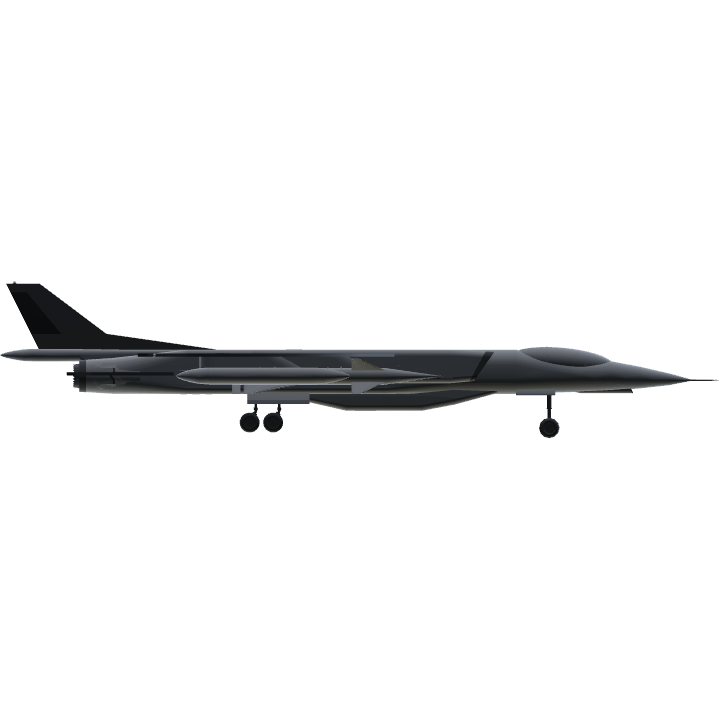 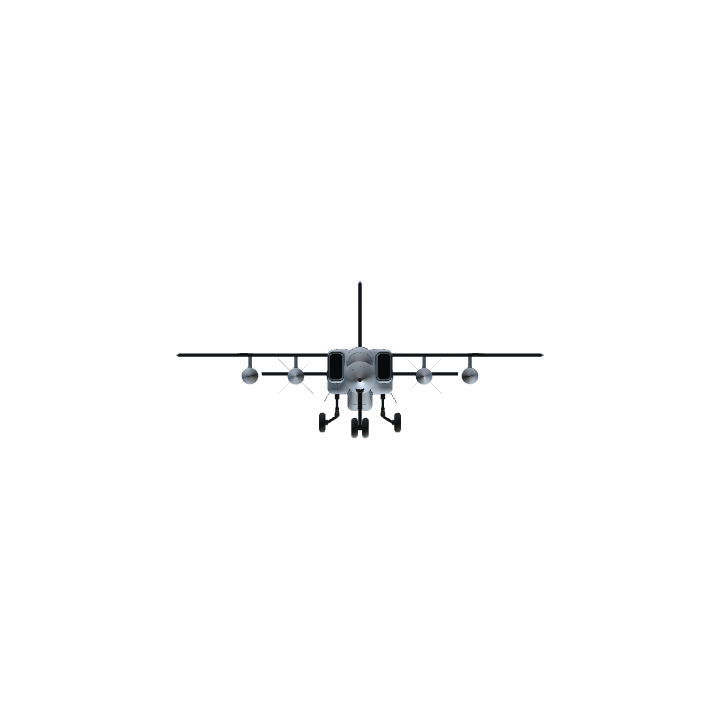