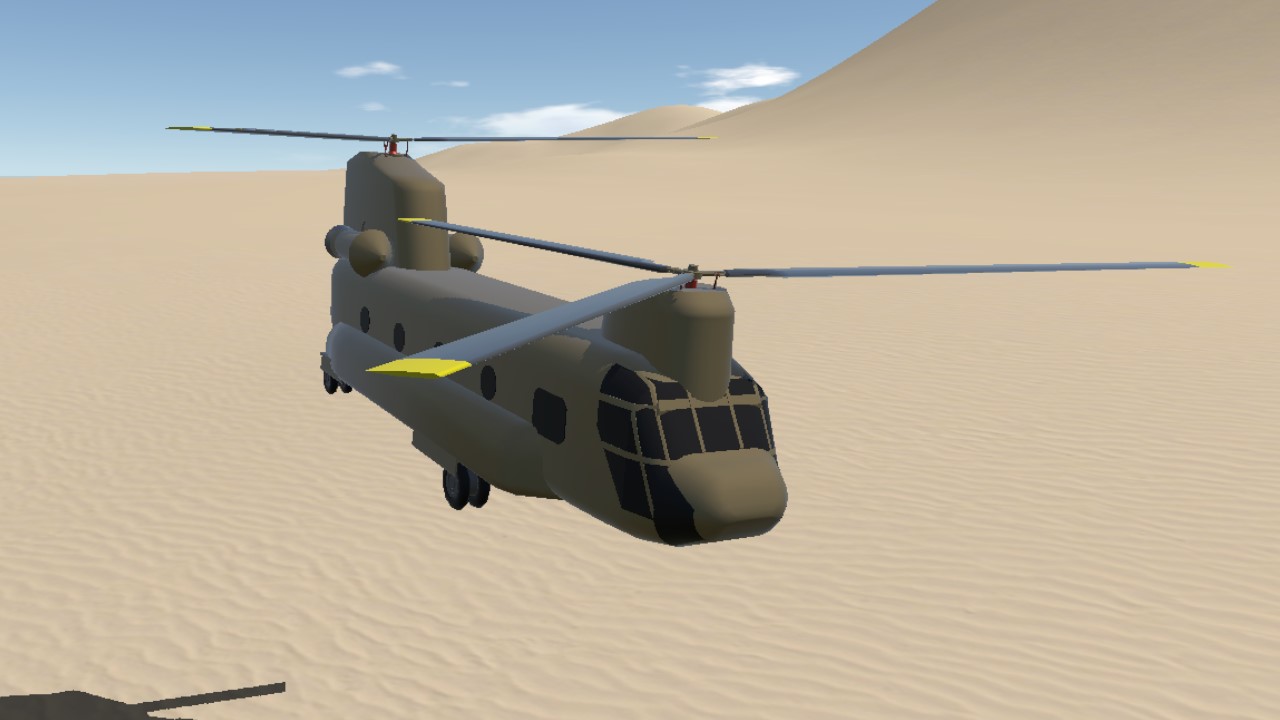 The so-called third(it's actually fourth if it goes as planned) Aircraft ASAP, The Boeing CH-47 Chinook is a tandem rotor helicopter developed by American rotorcraft company Vertol and manufactured by Boeing Vertol. The Chinook is a heavy-lift helicopter that is among the heaviest lifting Western helicopters. Its name, Chinook, is from the Native American Chinook people of Oregon and Washington state.

This is actually my first ever working helicopter

if we're talking real bonafide one, I built Cheyenne first and it flies first (in testing) but alas idk if it counts because technically it's not a helicopter nor a plane(and it actually flies more like a plane in-game) 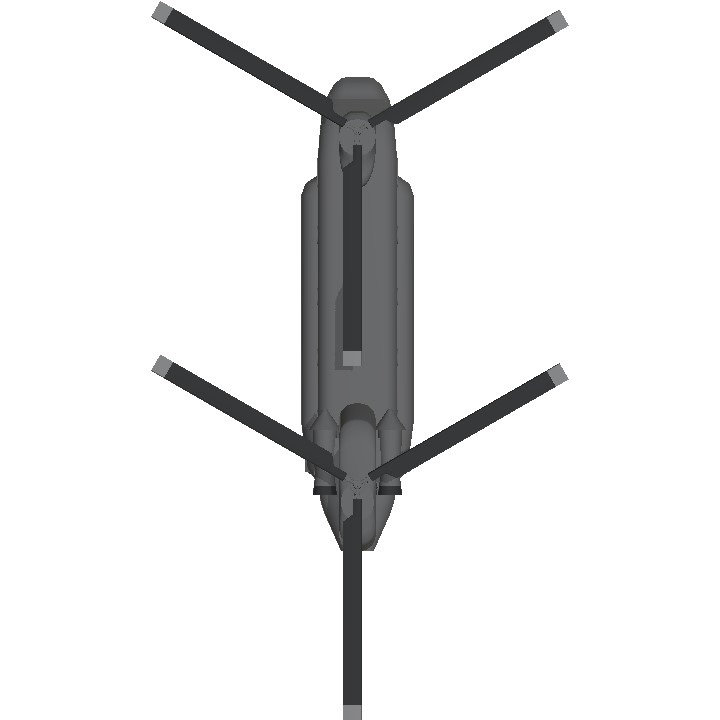 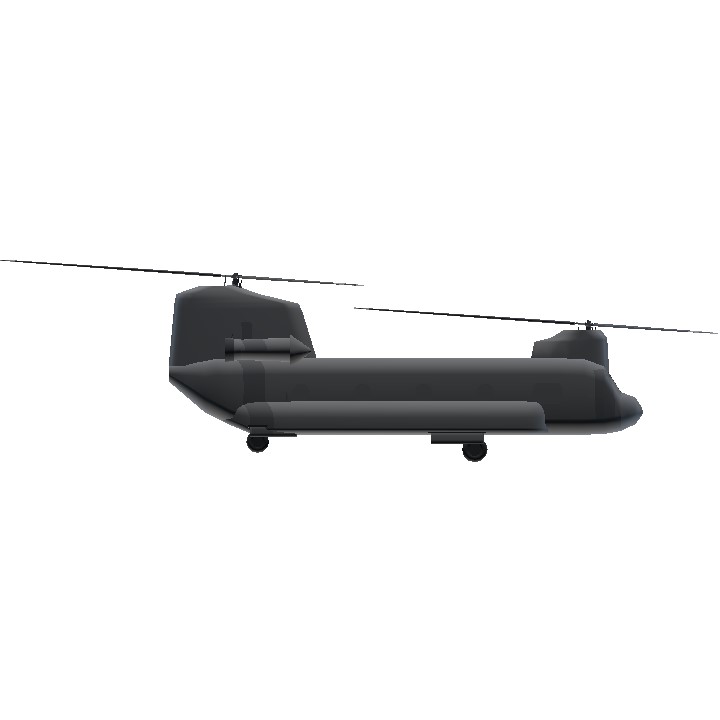 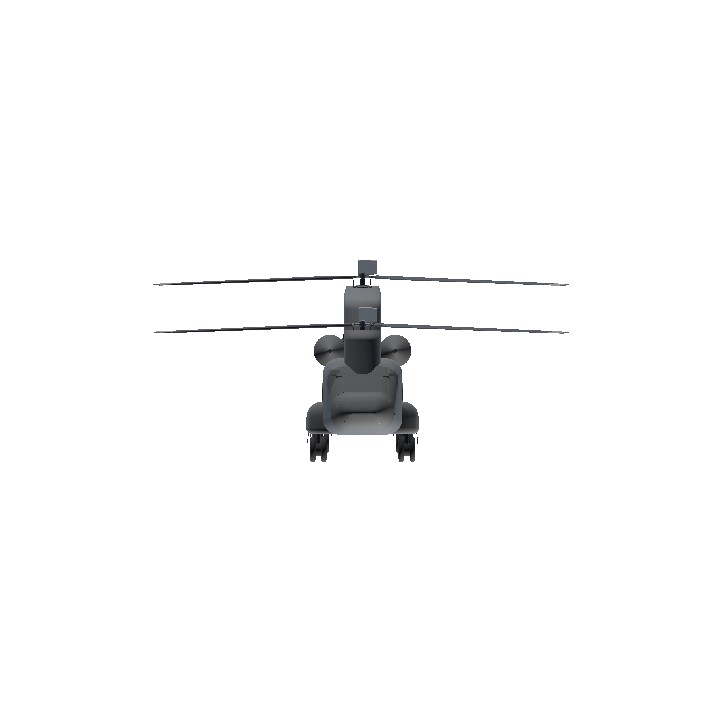