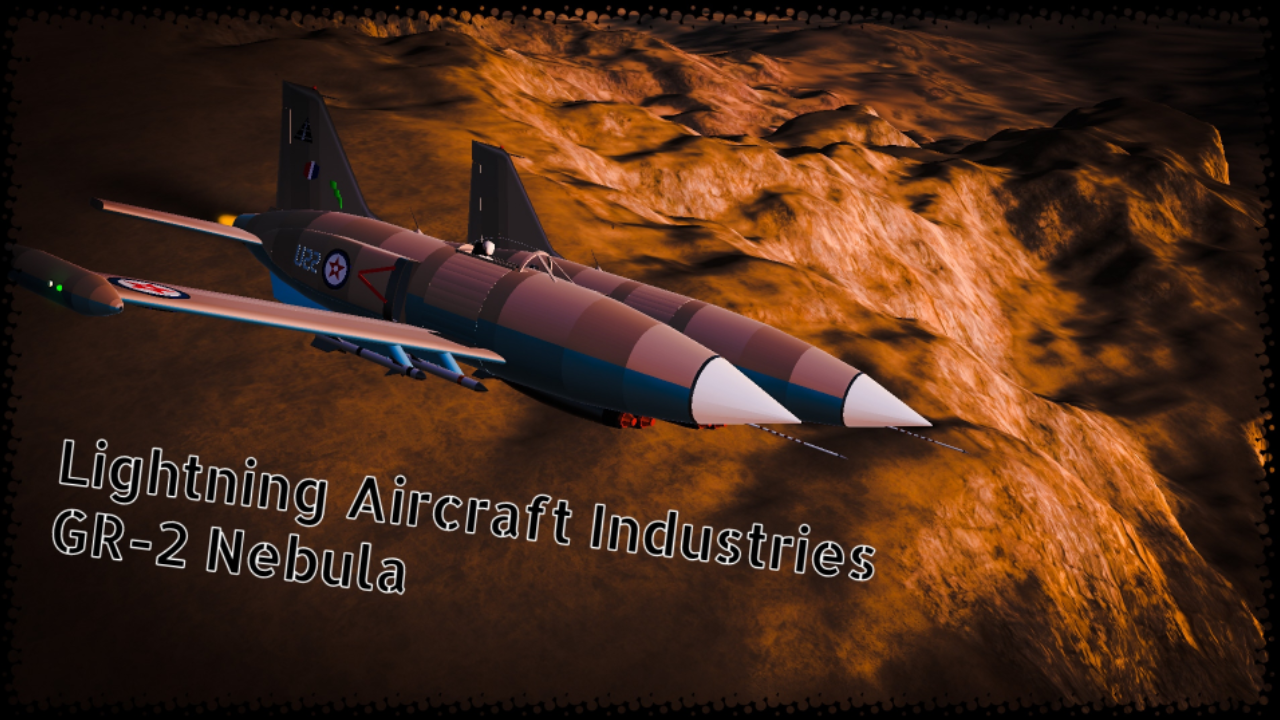 BIG thanks to @Mustang51 for his help with the Aircraft's Flight characteristics and Performance. Without him, I don't think I could have done this.

In 1982, the small (fictional) island 5 miles off the South-East coast of England, aptly named 'Rockway Island' needed an Airforce to add to it's small Army and Navy.

Because it was a part of the United Kingdom, it approached the British government for help, and by 1985, they got what they wanted, an Airforce that was named the 'Royal Starlight AirForce' (RSLAF). This Airforce ended up being a great help to Britain and also gave the Island more jobs.

Of course, they needed aircraft to start off with and they approached Lightning Aircraft Industries to build them such aircraft. And the first aircraft LAI built for the RSLAF was the GR-2 Nebula, a ground attack aircraft.

The GR-2 was an interesting case as it was a twin fuselage aircraft whilst being a jet aircraft. This wasn't done as some vanity project, but as a strategic project. Having two fuselages instead of one allowed the GR-2 to have a larger wingspan whilst still retaining a strong wing. This also allowed it to have a larger lifting capacity for its size. It was planned to have two cockpits, but the second one was removed when LAI realized that the aircraft wouldn't really be used on long missions, so it was removed. But the twin fuselage design did allow for a larger fuel capacity. LAI even made engines that perfomed better at low altitude somehow.

Despite all this, the aircraft was quite manoverable, so it could also be used for interceptions or even dogfights (depending on the enemy aircraft type). The GR-2 Nebula was outfitted with several weapons, it's main 2 being it's 75 mm autocannon and it's LAI BTL-8 20 mm gattling gun. The gattling gun performed well despite it being LAI's first gun. The arnement also included four 1500 lbs bombs and four Air-To-Air missles.

The 1st Attack Group remained within the RSLAF with the nickname 'The Pyrimids' even when they came back after the Gulf war.

To this day, the GR-2 Nebula is still operated with great success. 730 were built and today, 550 are still in service, with 30 in preservation.

For Landing, approach at 165 kts (TAS) with gear down and AG-1 activated, using Airbrakes and throttle to maintain speed. Touch down at 140 knots at an estimate of 15 degrees with airbrake deployed to not bounce (AKA: Flaring on landing with airbrakes deployed). Activate AG-7 for Drag Chute if needed If any bugs with this aircraft are found, please tell me in the comments and tag me.
Be wary while using Nose gear steering while at low speeds on the ground, there is a drifting problem probably caused by there being two nose gears far apart.
This isn't the most stable aircraft in the world.
I have no idea why the engines produce much more thrust at low altitude then high.
Just be careful when landing.
If anyone says that the roundels look like the Yugoslav Airforce roundels, I will debate it.
It's my first time using VTOL nozzles to create a smoke effect from the engines.
Also, my first time using rudder pedals 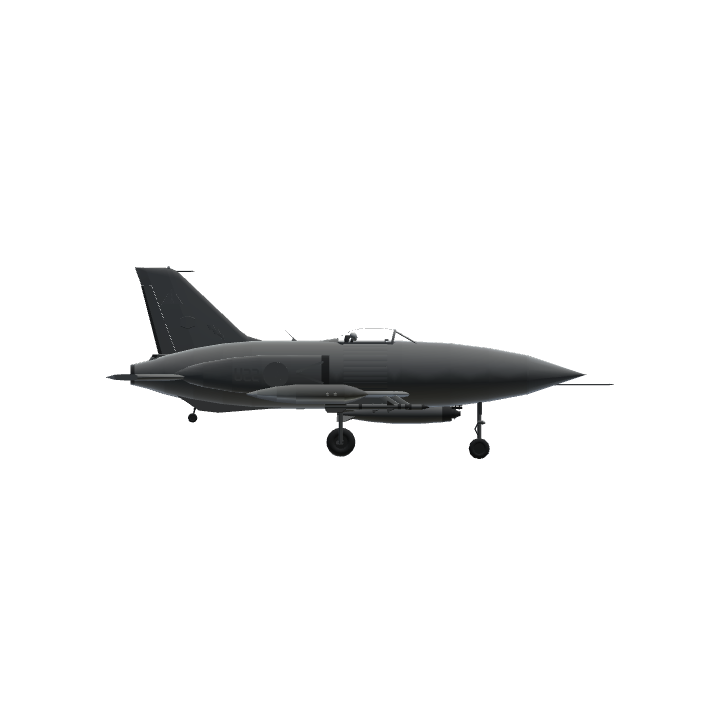 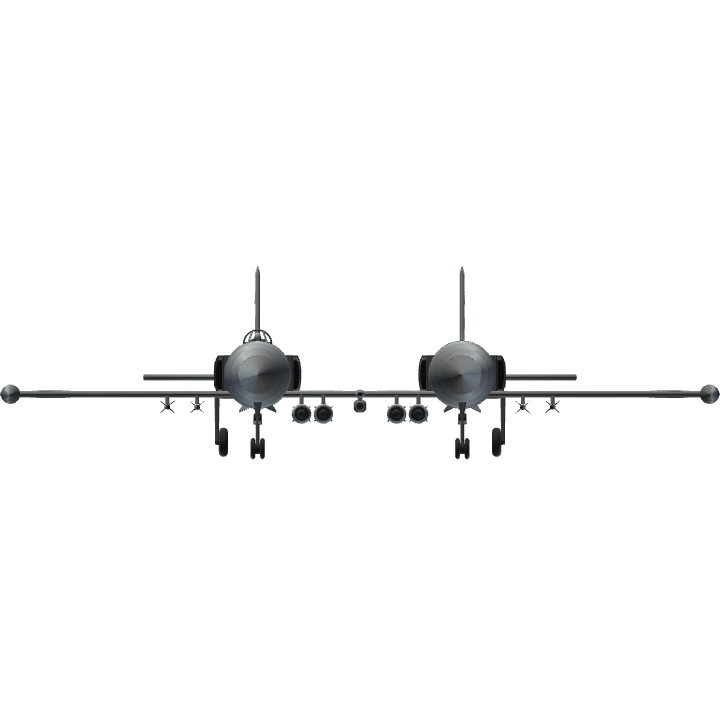