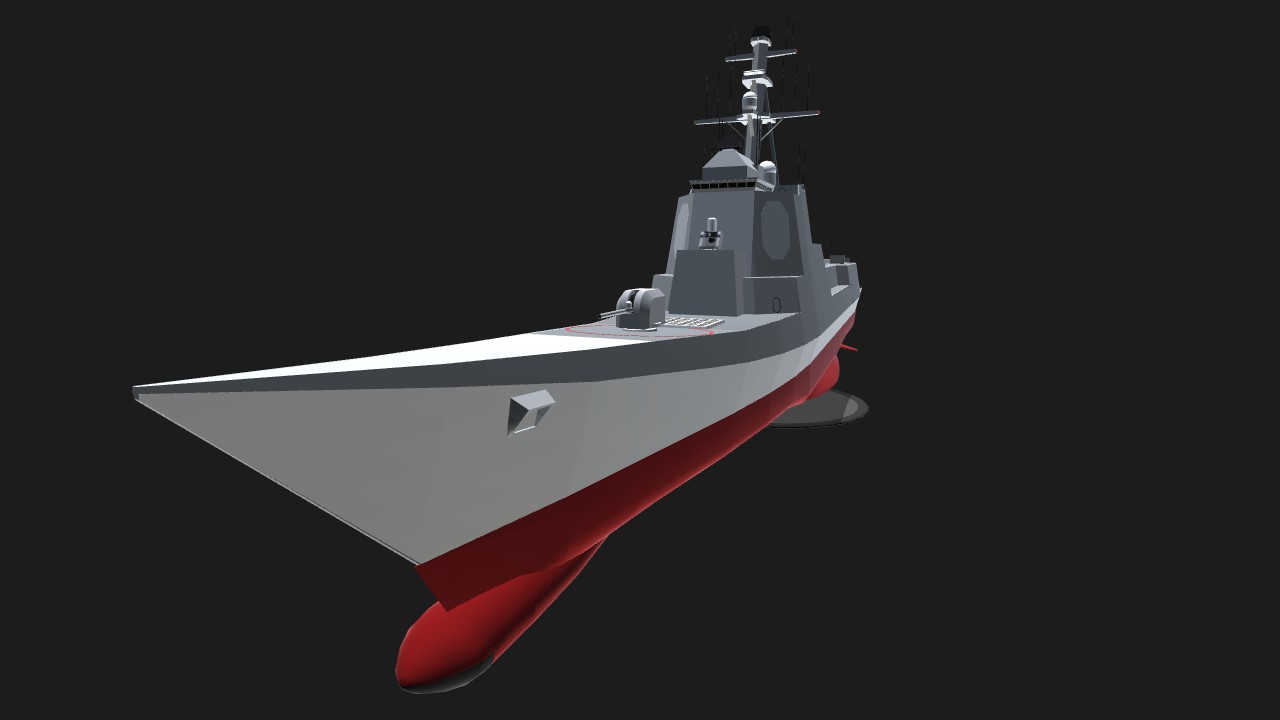 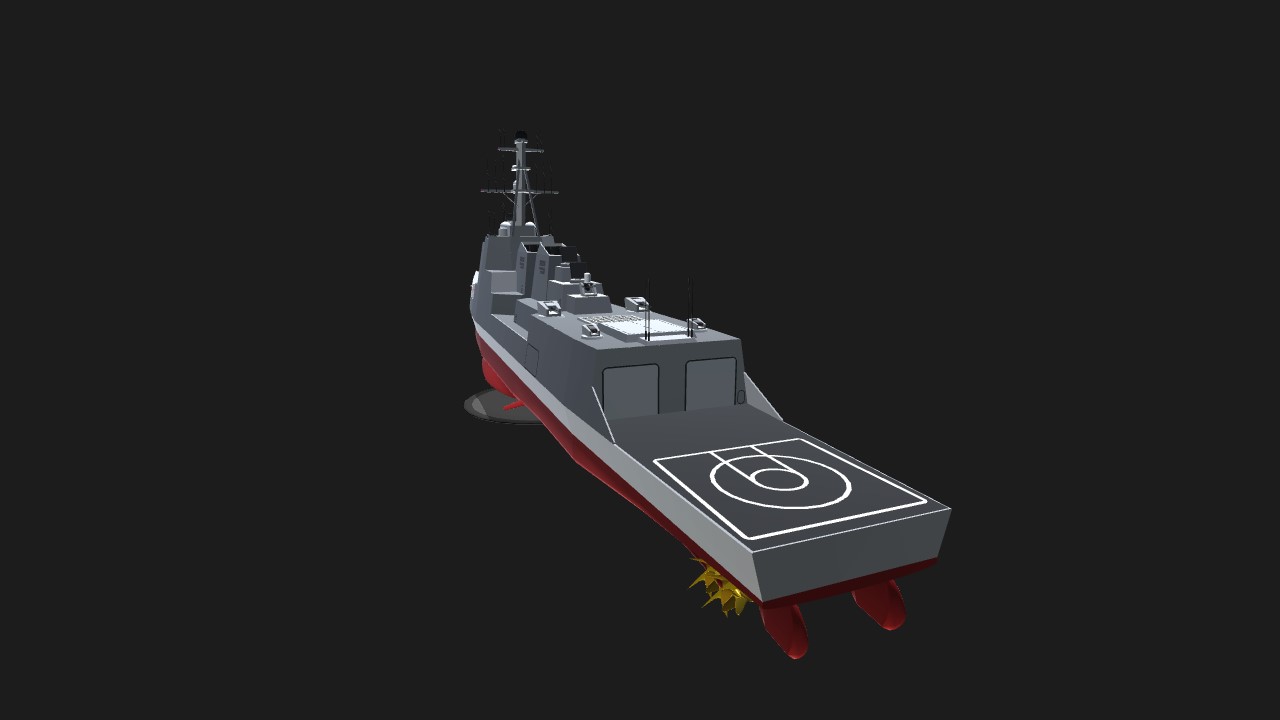 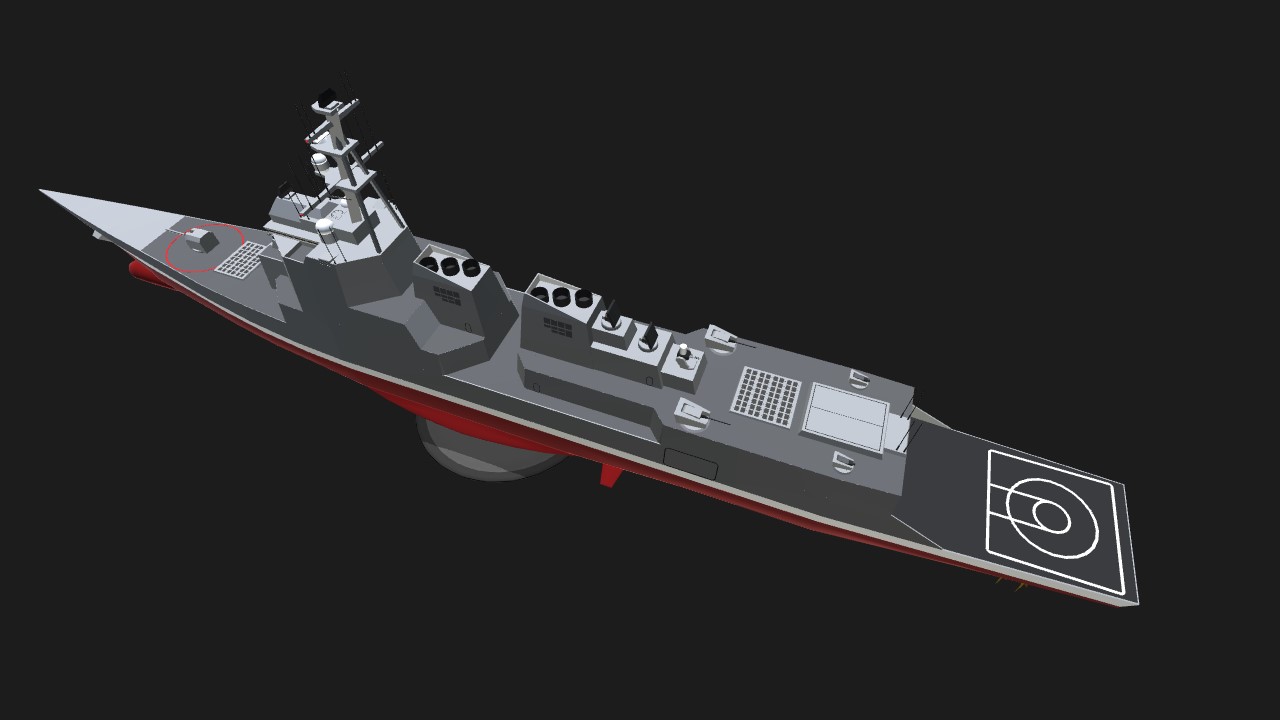 It seems the Ocean Designer mod is broken, so I'm stuck with the boring default background.

Brief History:
Chevalier d'Orléans was a 181-meter destroyer designed by Kerlonceaux Industries Naval Works after receiving a contract from the French government to produce a brand new destroyer to replace existing older designs. KINW modeled the new vessel off of the American Arleigh Burke-class DDG, although Chevalier d'Orléans is larger, as well as somewhat larger than a Spruance-class DDG. She would displace about 10,000 tons. Later versions of it built after 2035 were equipped with a powerful quantum radar, although all vessels built after 2021 had quantum computing systems.

Propulsion:
Chevalier d'Orléans utilizes a turbo-electric propulsion, with compound diesel generators and multifuel gas turbine generators to power a pair of powerful geared electric motors capable of propelling the vessel to a max speed of about 34 knots.

Armament:
Chevalier d'Orléans is shown here to be equipped with a 155mm/70 caliber main battery gun compatible with most types of 155mm ammunition, including the M982 Excalibur. SHe also has a pair of 30mm Defender CIWS, although these could be switched out for other weapon systems such as the AK630 or AK630 Duet; she has a pair of 76mm Enforcer Large-Caliber Advanced Defensive Autocannon Gun Systems, for which there are both conventional and electromagnetic barrels which can be mounted; there is also a pair of Enforcer-Minor Laser Weapon Systems (LaWS). Her VLS blocks are highly modular, and can load any weapon from RIM-162 ESSM missiles to RIM-277 and RIM-278 Trinity SAMs and even AGM-1000 Thunderbolt HSLAMs.

Notes:
-I don't think her top speed is accurately portrayed by this SP model, although IRL it would in fact be 34,3 knots.
-While she is in fact the size of a Ticonderoga/Spruance, she is still classified as a DDG; the CG variant will have an entirely new superstructure. 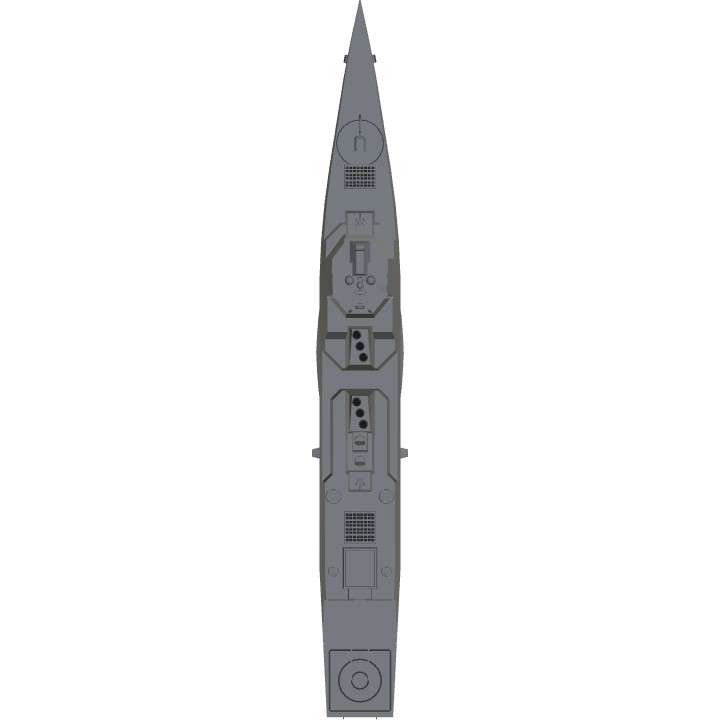 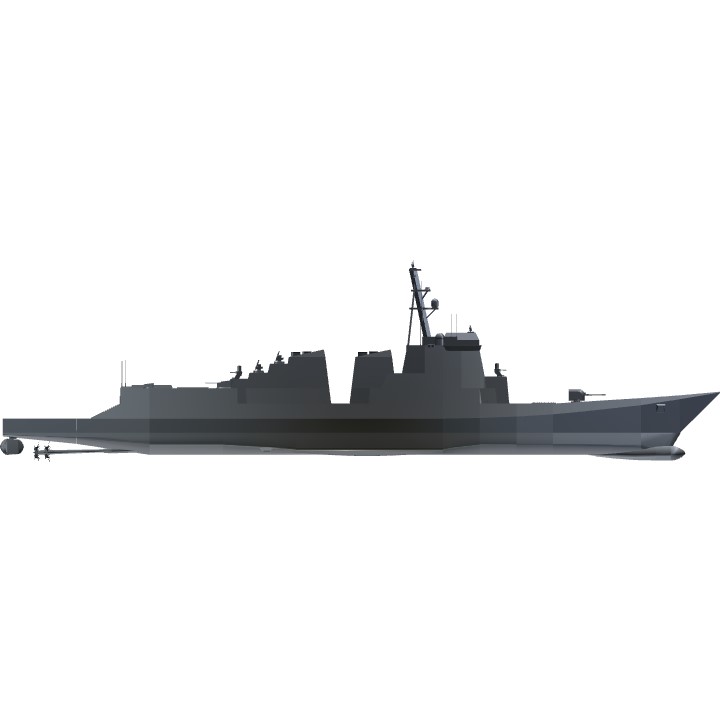 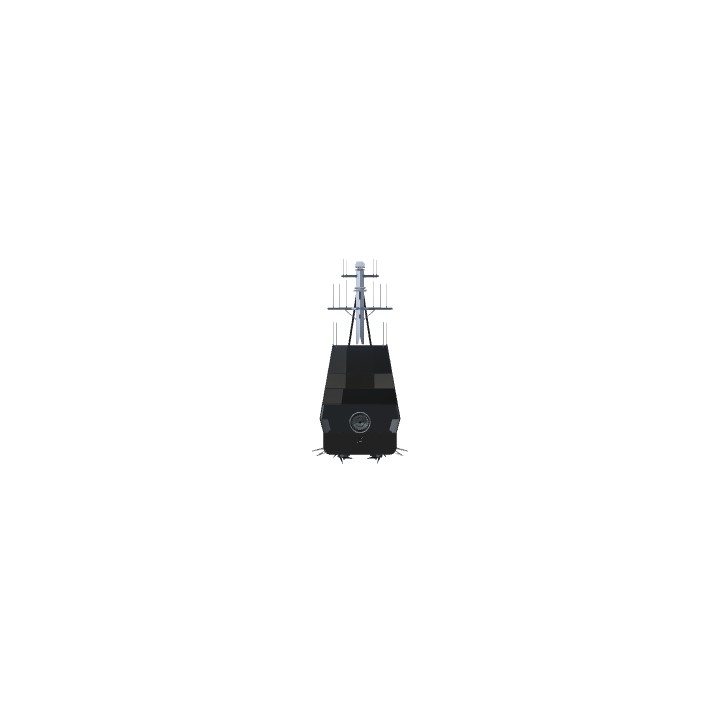