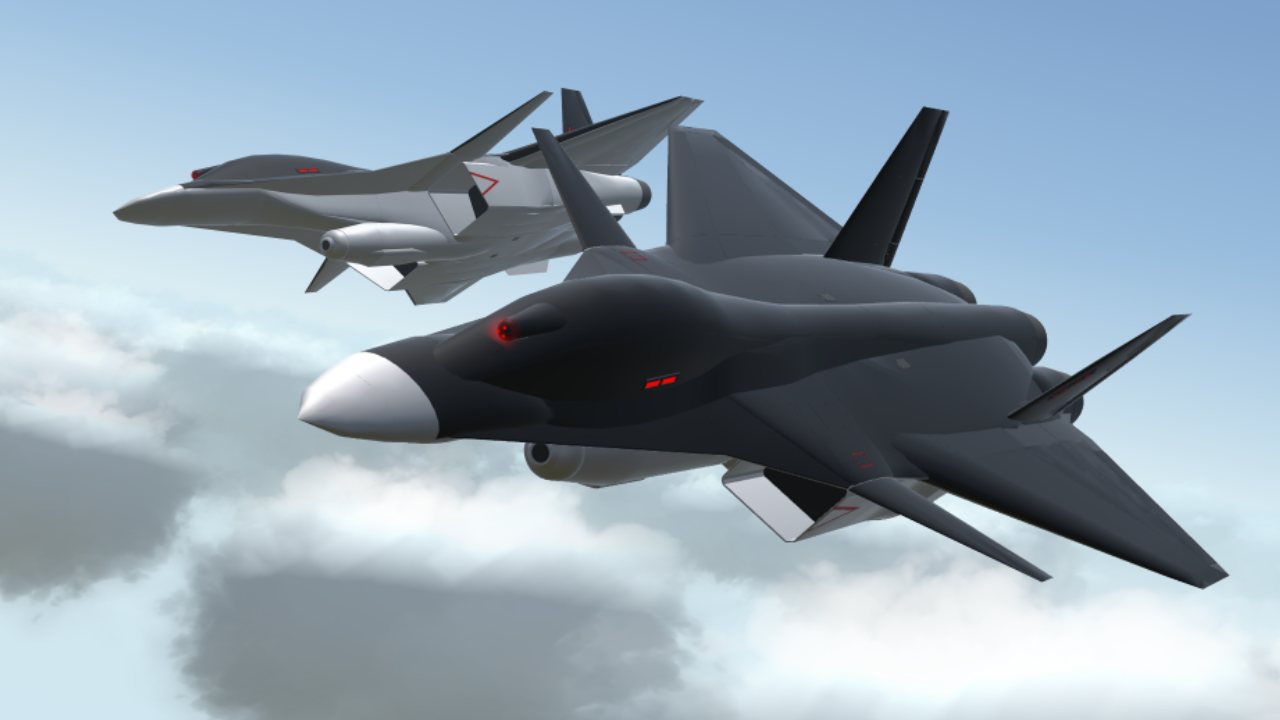 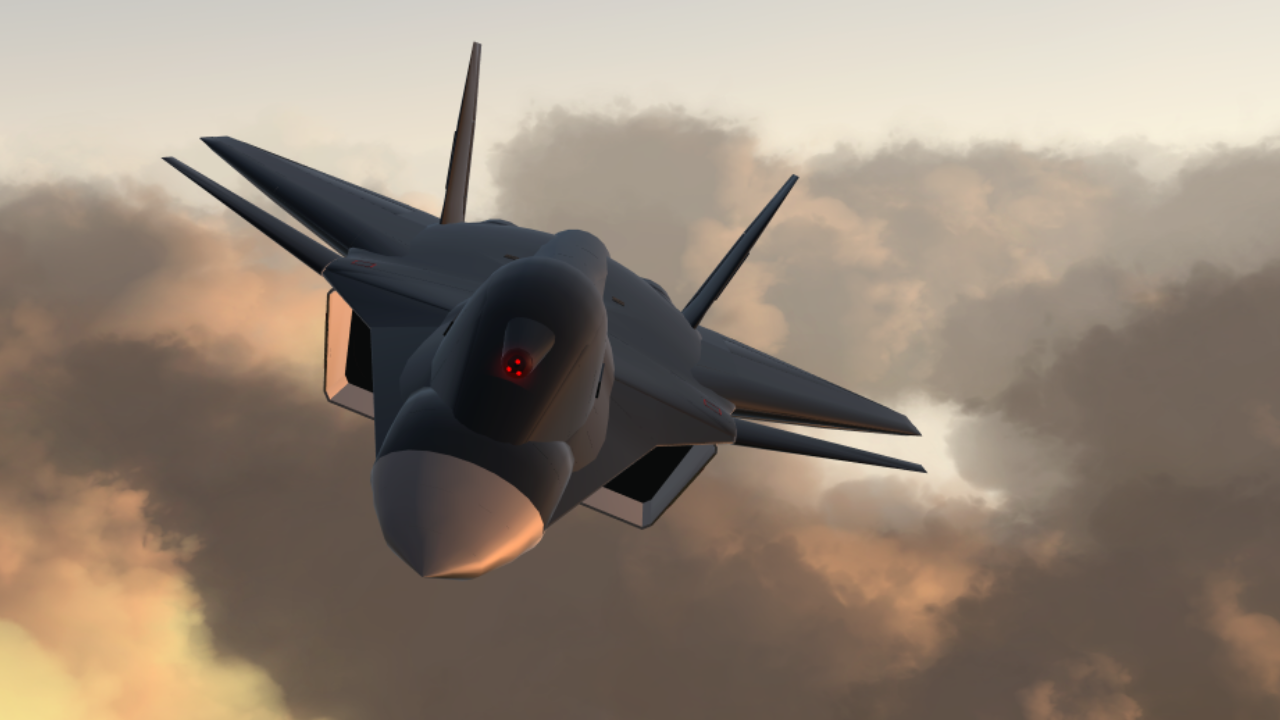 larger version of the image

Gameplay demo video
Notice: As this is an old video, the aircraft shown may differ slightly in appearance and flight performance.

Traditional style. Or retro-futuristic style? Lots of smoothing. Some realistic bits that I've never made before. As much as I can on an off-brand Raven.

I got this idea for a multi-dynamic laser. Its output changes over time, and the beam tracks the target. Unfortunately, the beam only looks correct in the worst possible graphics settings.

Also, finally a "good" camo, imagine that. It's also the colors of an Ordinary Magician.

The TSLG (Tactical Strike Laser, Guided) system is very powerful, but only in the hands of a skillful pilot.

The AQF-23 Banishment is a smart drone that can perform the roles of an interceptor or fighter, and occasionally, of an attacker.

For over half a century, all implementations of a laser on a production light aircraft have always been fixed to face forwards. While small aircraft were more maneuverable, the fixed laser was difficult for even the best pilots and AI to get on target. Additionally, small aircraft could not support the increased weight and drag of a guided laser, or would suffer a heavy loss in terms of maneuverability.

The AQF-23 would be the first light aircraft to overcome this issue. The "A" variant was equipped with the AALG (Anti-Aircraft Laser, Guided), and would prove to be formidable against aircraft and light ground targets up to about 10 km away. This high-power laser could acquire a lock on any target in its 90°-wide field of view, and face the target within two seconds. While the built-in laser was lighter than hardpoint-based laser pods, it was not removable.

As the potential of the rotating laser was realized, a "B" variant was soon released, with the TSLG (Tactical Strike Laser, Guided) system. The power of the laser was much greater than that of the AALG - the TSLG would burn a hole through tank and warship armor in seconds. This however came with a few downsides:

In addition to their respective laser weapons, each AQF-23 has two small internal weapons bays. This would help to offset the drag produced by the laser dome. The jets could be equipped with wing hardpoints, but in practice, this was never done.

Both variants were well received, and performed well in combat, but the high development costs and weapon class taxes meant that few of these machines were produced. 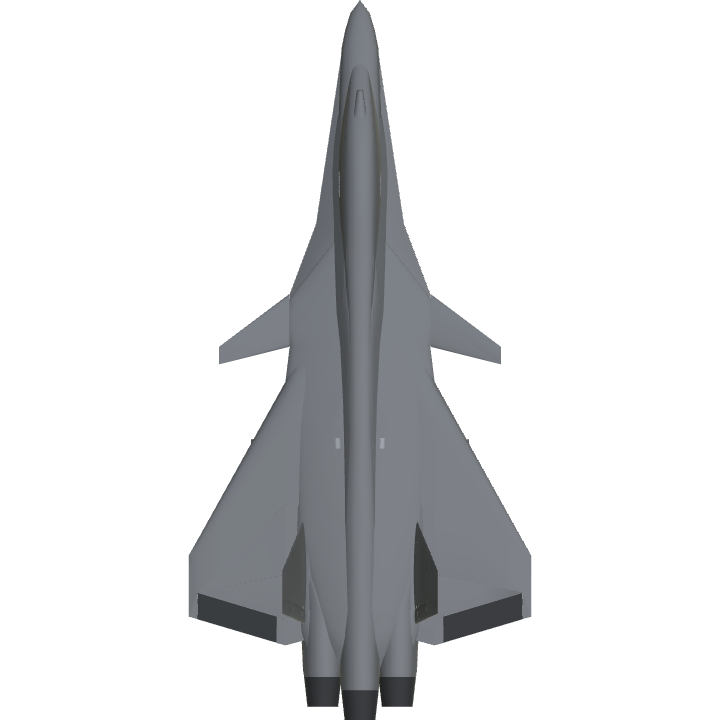 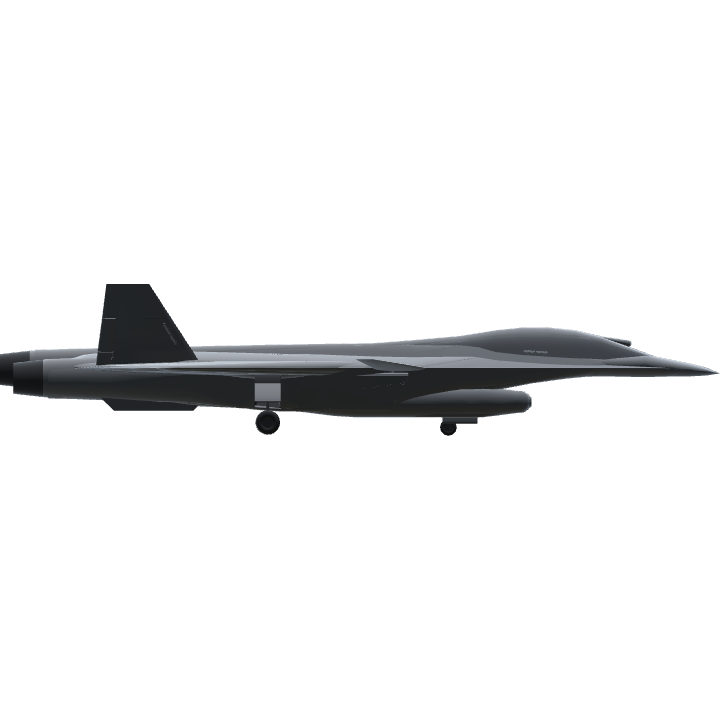 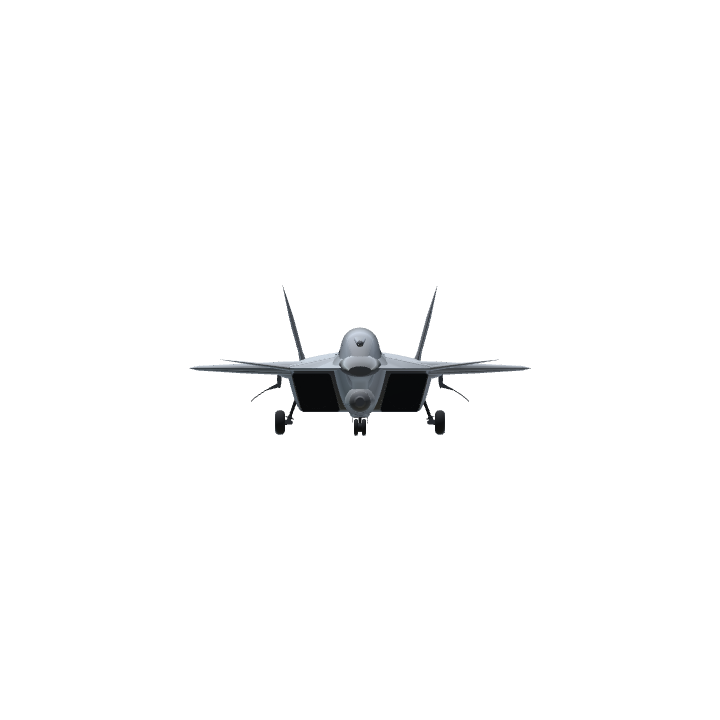