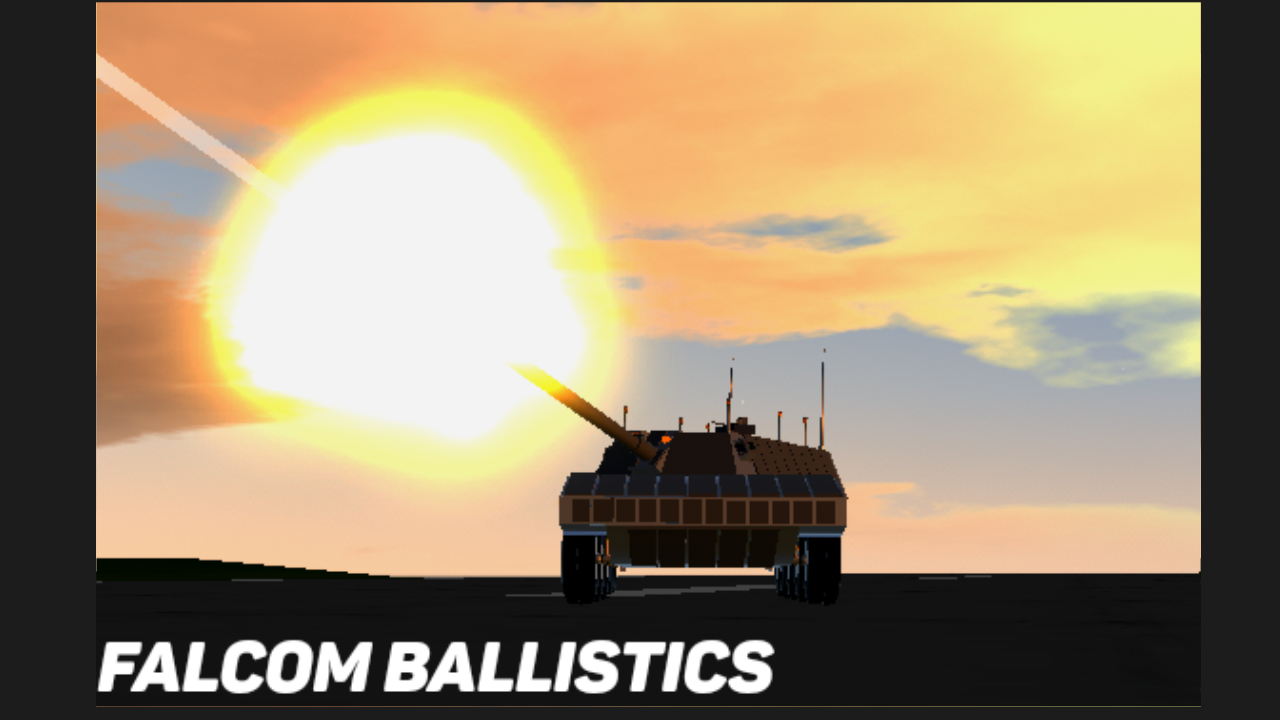 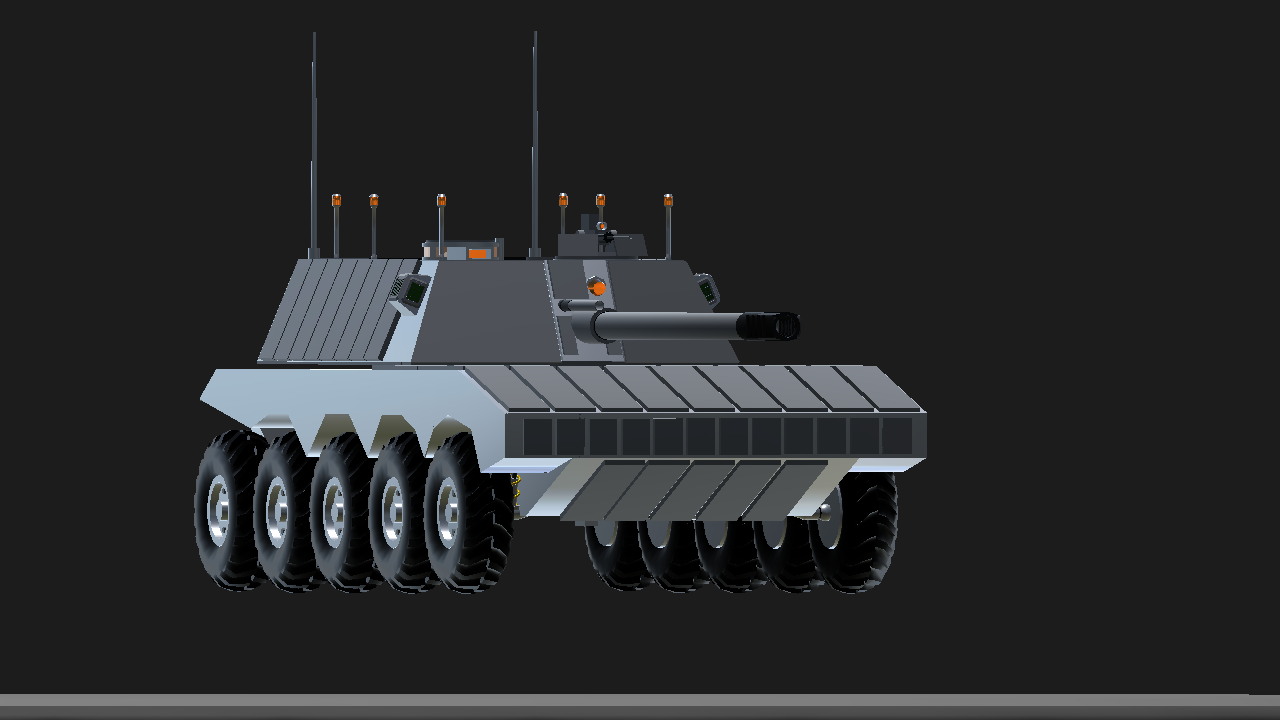 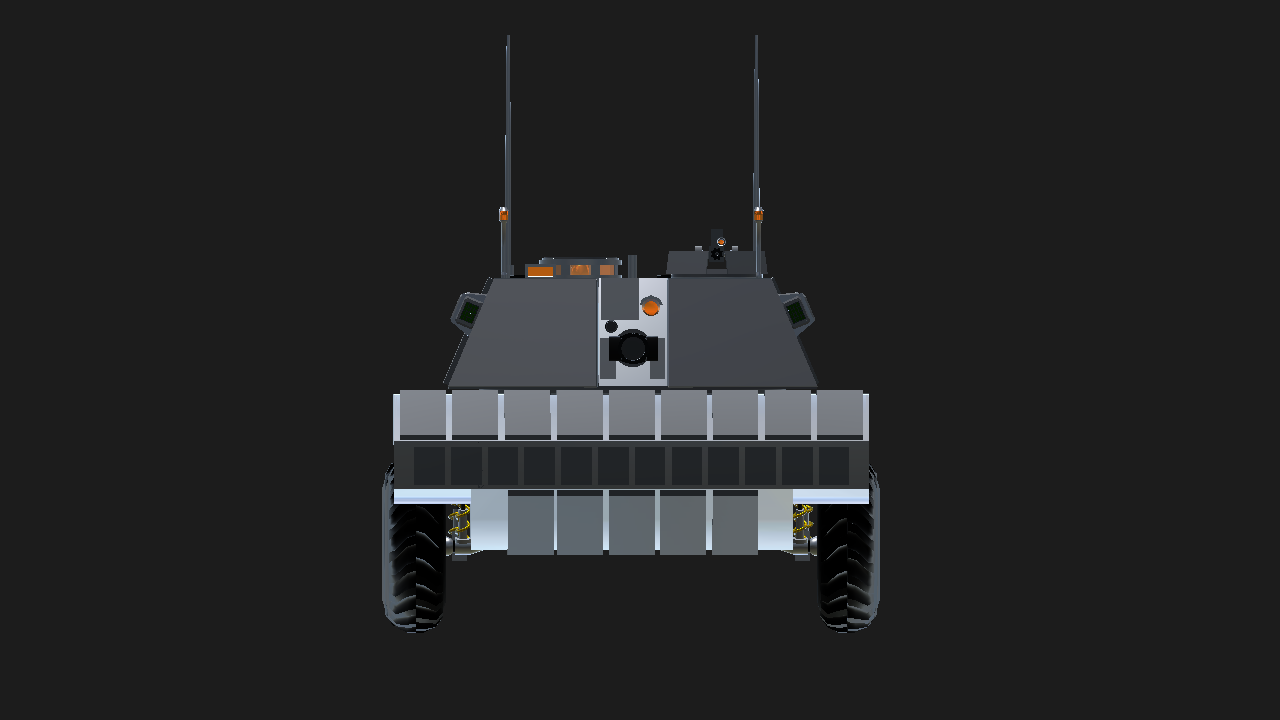 Thy mighty cannon, of the third past twentyfold of ten in size, shall vanquish all foes be laid before thou.
And so, thy Almighty Odin shall smite thee, foul (USS) Beast, and lightning shall streak thee to your fate in Muspellheim.

Both lightweight and deadly, this monster of a tank destroyer is designed to move in quickly and quietly, take out the target, whether the target is behind a mountain or even as far away as 11 miles. It’s fast, lightweight at only 12.5 tons, and can get the job done quickly and efficiently. In the event it comes under opposing tank and infantry fire, it has Explosive Reactive Armor to defend, and in the event it comes under artillery fire, thicker armor on top in addition to ERA becomes a necessity for crew and vehicle survival. In order to handle the 7 ½ imperial tons of recoil, the rear axles are equipped with a single, extra strong shock to both wheels, enabling it to handle up to 20 tons more weight. This vehicle is not equipped with treads like a conventional SPG, but in fact uses 10 large, rubber core tires capable of traversing some of the toughest terrain known. The survivability of the crew has been heavily increased due to the fact that the engine and transmission are located in front of the crew compartment, having a similar layout to the Pz. Kpfw VIII Maus. The drivers are directly behind the engine, with a layer of 175mm armor protecting them from penetrating shells and artillery. The crew cab of the tank is accessible through 4 hatches, 2 on the rear for easy access, 2 on top, with one having viewports for the commander, and the other being located behind the C-RAM.

The gun housing itself is designed to be able to elevate the gun up to 85 degrees and -7 degrees. The main cannon automatically ejects spent cartridges when fired, and the spent cartridges are usually disposed of outside the vehicle. When traveling, the turret’s escape hatch is opened, primary crew doors to the rear are closed, and the gun is secured in place. The turret is constantly programmed to point to 000 degrees until a target is selected or otherwise programmed.

When in ambush mode, all hatches are closed and lights turned off. Engine is also turned off. When in fire support mode, the primary crew hatches are opened, allowing for easy and quick access to the crew compartment, the engine is kept on idle to allow the vehicle to leave at a moment’s notice.

In any situation, all crew are active, with the gunner selecting targets called out by the commander and accounting for crosswind, where to aim on the target, and range. The loader grabs the 150lb shell and places it onto the spanning tray. The rammer then uses the in-built ramming system to place the shell into the open breech. The breech is closed, adjustments made, and the loader then fires the cannon. All crew are required to stand to the side of the breech as it moves back from the recoil. Upon firing, the breech will then automatically open and the empty cartridge comes out, with a crew member moving to catch it. The empty shell is then carried out through the back and disposed of elsewhere. During an ambush, the crew member will place the cartridge onto a special rack inside the hull, next to the primary crew doors. During the reloading process, the rammer confirms the breech is cleared and ready for use by taking a short pole with a steel brush at the tip and quickly ramming it down the breech whilst the loader grabs the shell. The Commander gives out general instructions as to where to aim, what kind of ammunition to use, when to fire, etc. The drivers remain on standby in their seats, awaiting orders.

The gunner’s computer is programmed to aim the cannon at the target and account for gun elevation, humidity, crosswind double-check, range double-check, target’s speed and direction, terrain awareness, and other factors.

The C-RAM mounted on top of the main turret is programmed to be entirely automatic, with the only exception being the manual resupplying of the ammunition. It is programmed to detect incoming aircraft, heat signatures, incoming shells and projectiles, and approaching vehicles, infantry, and/or structures. All friendly crew are required to wear a specialized IFF patch on their helmet so as to not trigger the C-RAM. The primary ammunition of this cannon is the Ballistic-capped tungsten core round, capable of penetrating through up to 75mm of composite armor.

Arming and reloading the 78mm M233A8 mortar is left to the rammer. Because the M233A8 is breech-loaded, the rammer can easily reload the cannon. All ammunition for the M157A4 and M233A8 is stored in the back section of the turret, with the mortar ammunition being held on the same side as the mortar. Each canister contains 8 pounds of propellant and a 10 pound shell, with the propellant being stored in a powder bag. The breech is opened, and the shell placed in. The extractor automatically locks the setup in place, preventing it from falling out when the gun is elevated. The breech is closed, and the gun is fired via a string-pulled firing pin on the breechblock. After firing, the breech must be opened manually, with the rammer opening the breech with their right hand. All crew except for the drivers are required to wear specialized heat-resistant gloves.

One M11 can hold a full complement inside for up to a week. Crew can take turns sleeping in the area between the primary crew doors and the crew compartment, with someone up top to keep watch. There are rations held within several compartments behind the spent-shell box. Each crew member has 7 days worth, with 3 meals a day, for a total of 126 meal rations, and the compartment also holds up to 20 gallons of potable water for the crew.

In the event that the ammunition storage is shot, specialized panels on the top of the turret will release when under more than 75lbs of pressure being exerted outward, allowing the explosion to be vented upward and away from the turret. The explosion will not be vented into the crew compartment because of the ammunition drop tray that rests between the ammunition stowage and the crew compartment. Thanks to the tray’s perpendicular positioning to the gun, this allows for either gun, 203mm or 78mm, to be loaded at any angle.

Furthermore, this tank destroyer is designed for ultimate survivability, effectiveness, and ease of travel. Due to its relatively light weight of 15 1/2 long tons, it can be loaded on almost any medium sized cargo ship. If the need arises, it can also be airlifted, being able to withstand up to 180,000 foot-pounds (244,047 joules) distributed throughout the 18 shocks in the event that the parachute fails.

As always, don't forget to share this with your friends, and leave your thoughts and concerns in the comments. 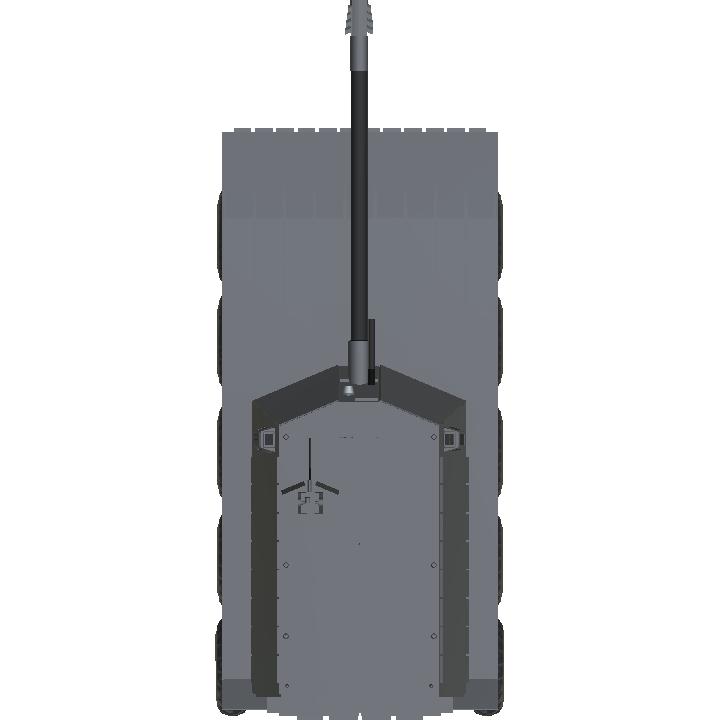 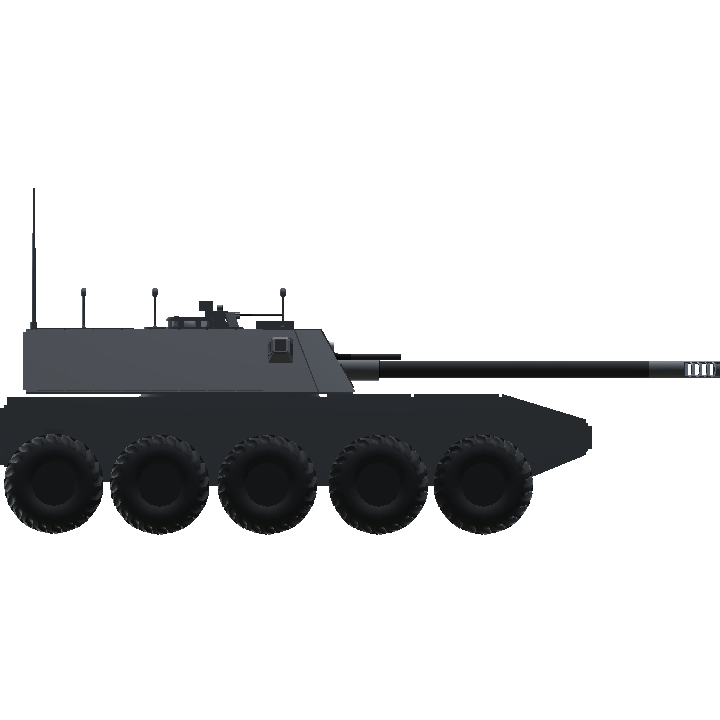 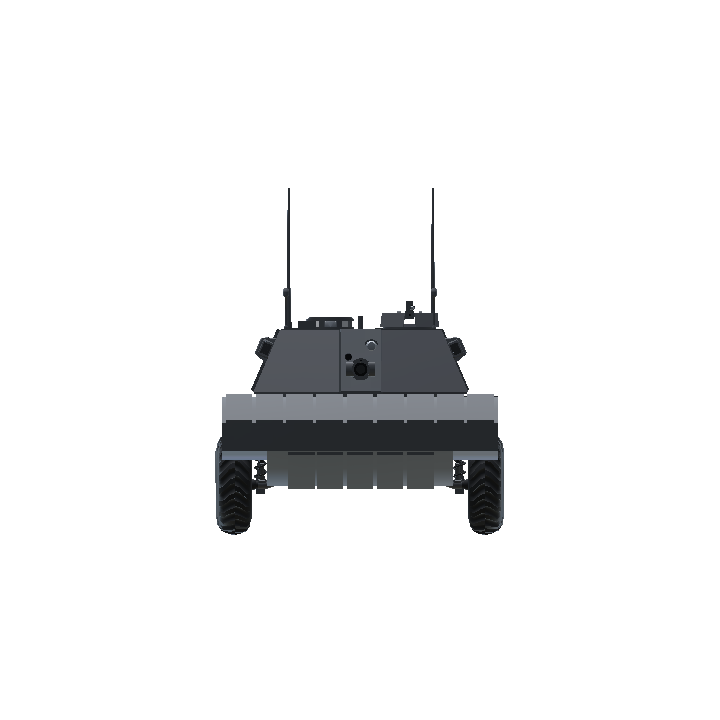