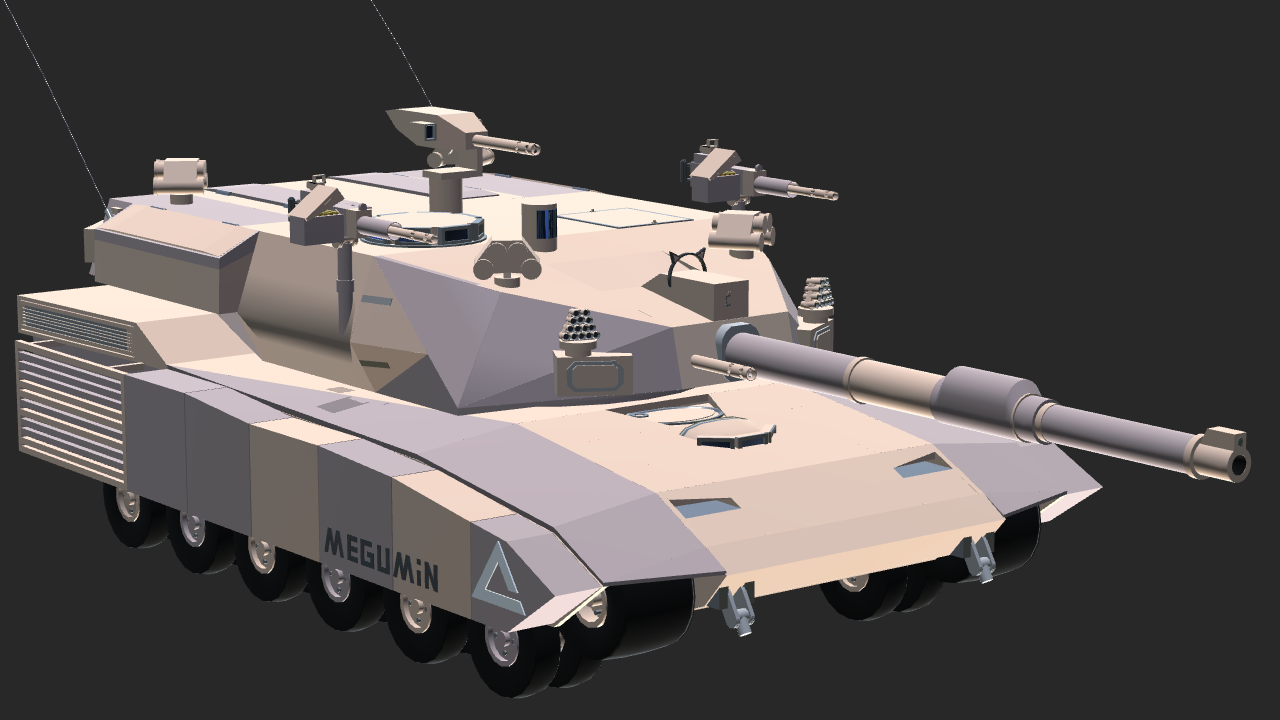 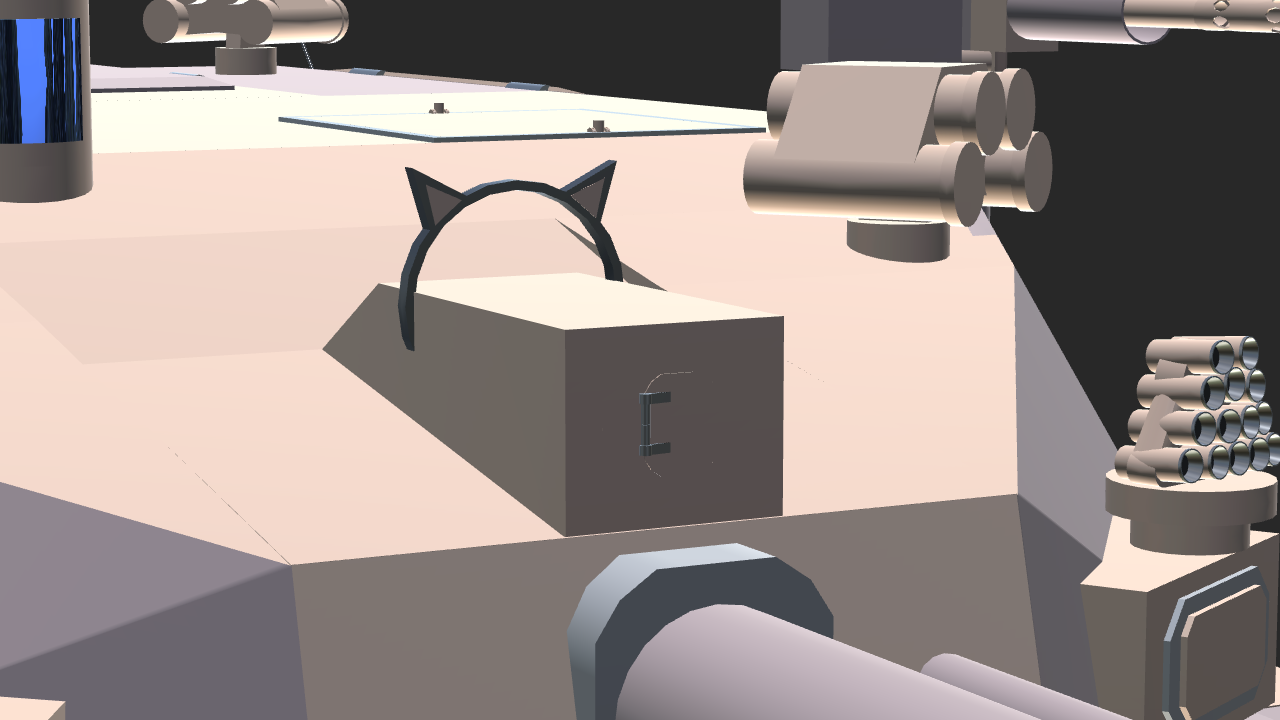 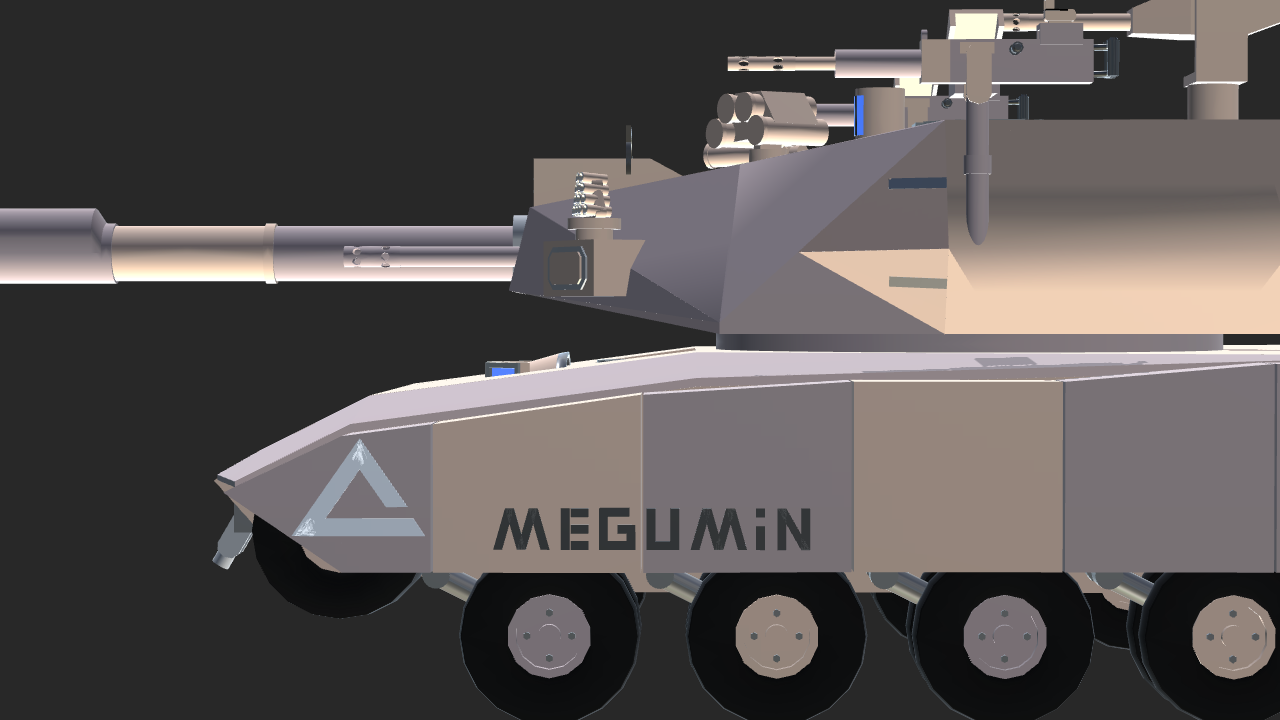 note: previous post got problems with the wheels. Everything should be fine now)

The SPT-06A9M1 Megumin Mark.V is the fifth generation Main Battle Tank developed to both complement the SPV-06A9M3 Archon Mark.II Squad Mobility Vehicle, and to replace the aging Mark.IV Megumin Main Battle Tank.
The vehicle is intended as the spearhead during offensive strikes, and to provide, and relay tactical information from the battlefield into the vast array of network of other Syllixian units, to better develop a battle plan, which further increases it's mission success rate. This particular model has it's additional modular plated installed on either side of the hull

Megumin Mark.V near the Pyramids

Deveoped alongside the SPV-06A9M1 in 2036 under the New Hope Program, the Syllixian Army needed a newer equipments to transition into the 21st Century, by further improving the C4I Systems already incorporated on the Mark.IV Megumin. Although both models received it's fair share of protracted develpment, this particular variant got delayed more because of the doubt of most ministers over requiring another model of tanks, when the Syllixian Army has a surplus of older models, which could be "upgraded" into current technology. After prolonged debate, it is decided for the Army to receive 150 of it's new tanks by December.

The SPT-06A9M1 incorporates several new technology, and refined design principles which the Syllixian Institute of technical Research has been using for past decades, which includes the "Wings" welded on either side of the turret, which not only provides additional protections, also can be deployed as a barrier for the infantry to take cover behind it. It's turret is brand redesigned from ground up, and a 25mm coaxial autocannon with 150 rounds of ammunitions are included to deal with lightly armored threats. The tank still retains it's commander's cupola like it's predecessor in order to give the tank commander a better situational awareness, but can use the newer 360 degree rotating camera with IR function to enable the hunter-killer capability. The suspension is greatly improved on current model, which gives better stability during cross country operation, and it's widened tracks gives the tank a better handling through sandy areas, where the tank will mainly operate from. A new cooler system was installed on the either side of the engines bay to provide better cooling for the engine, thus reducing it's heat signature. On top of that, a newly designed, detachable ammoracks are developed specifically for the tank, although it might see it's appearance on other models, provides a shorter turnaround time, as well as further isolating the dangerous ammunitions from the fighting compartment in case of shell setting off. On the top of the ammorack, an addition of two blow-off panels are also installed, newer laser designation systems, new fire control systems, active protection systems, and a new autoloader system is installed with better reliability than it's predecessor.

type exogay if you read through all of the desctiption 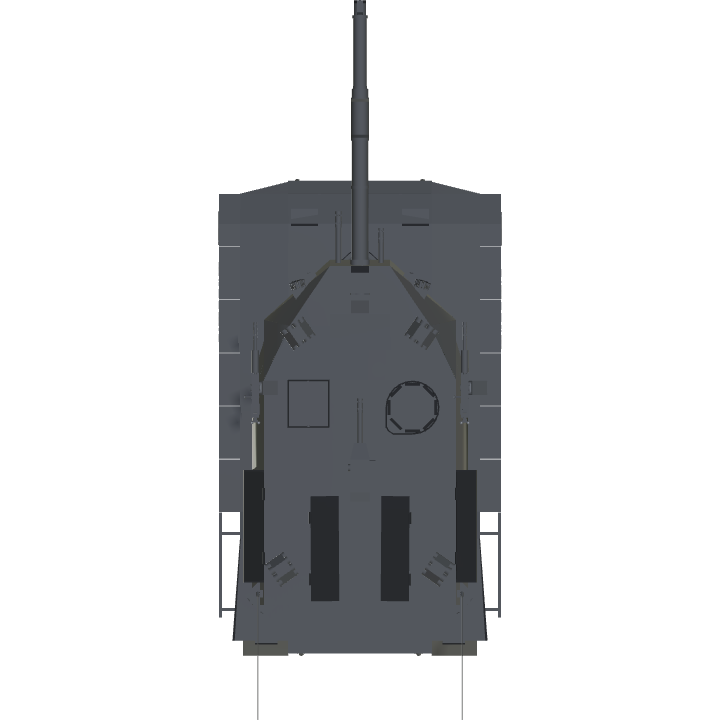 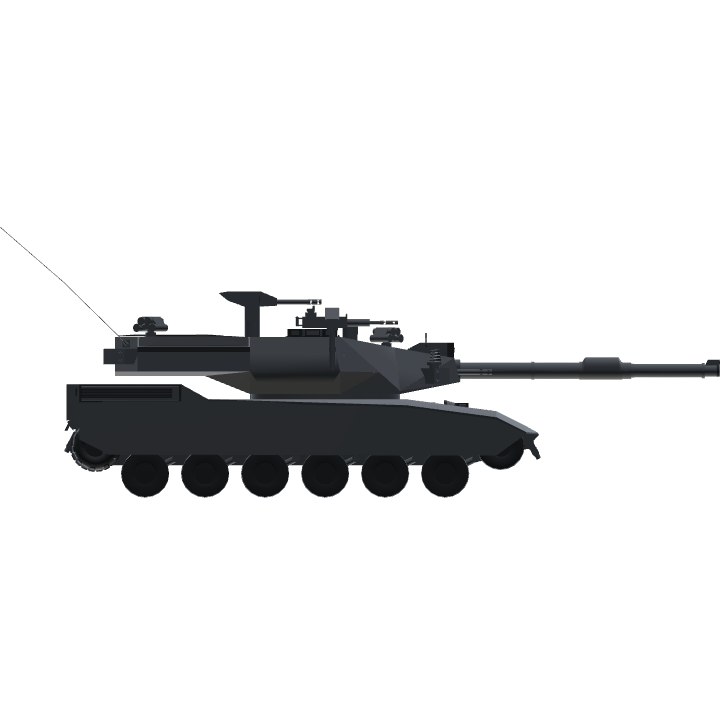 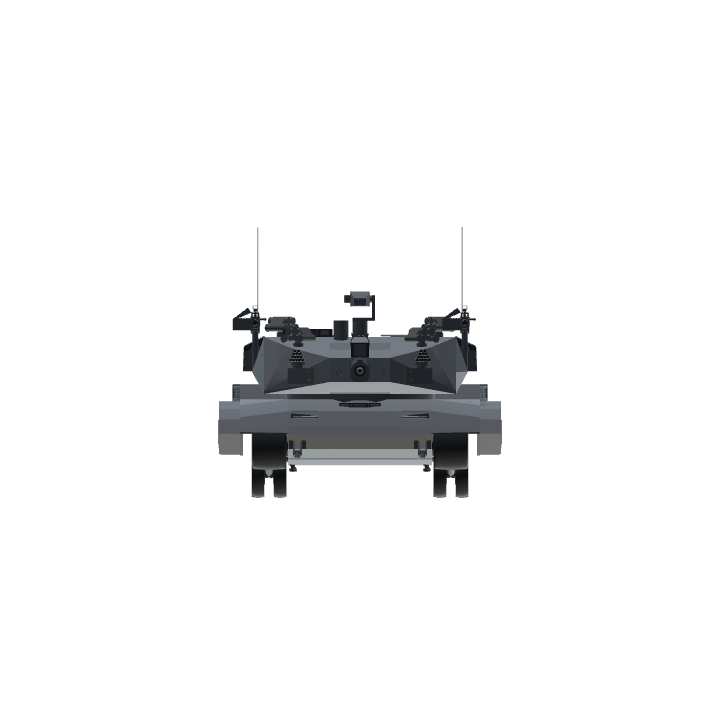