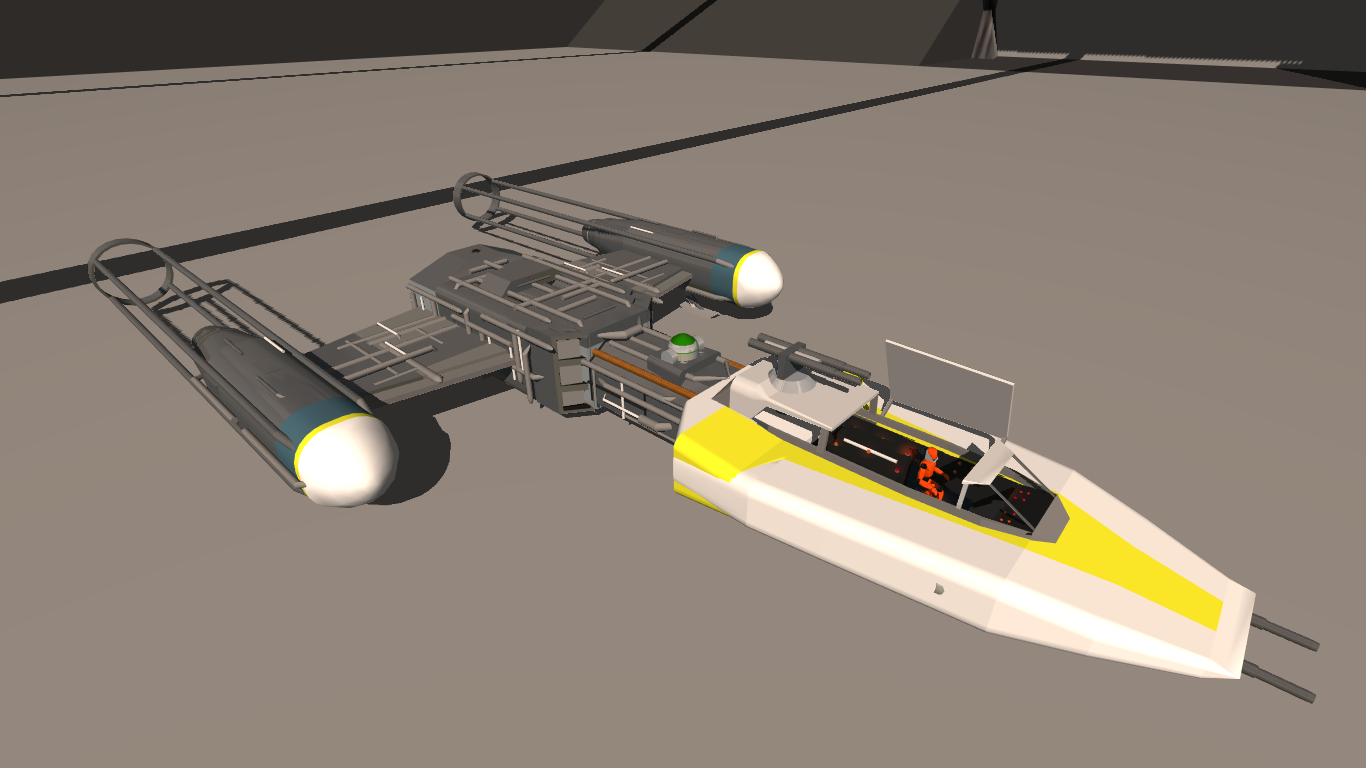 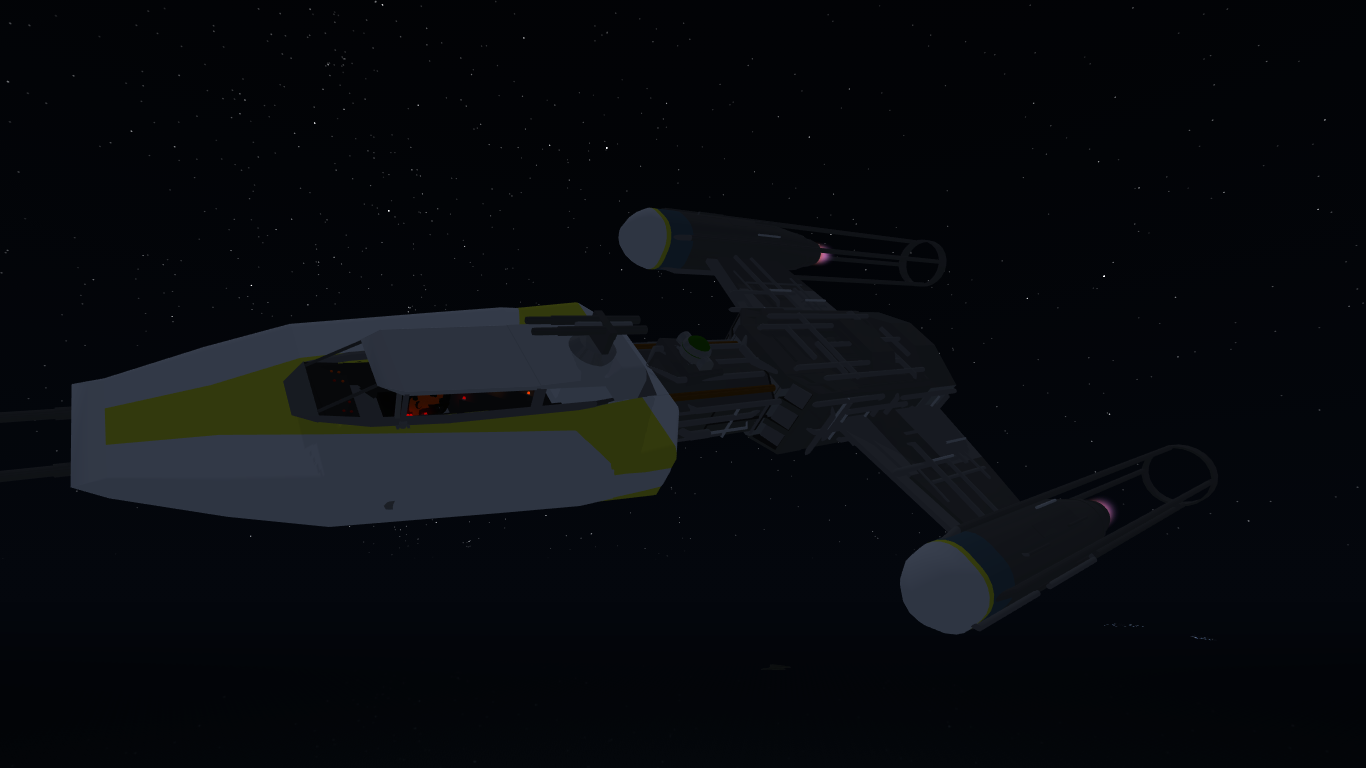 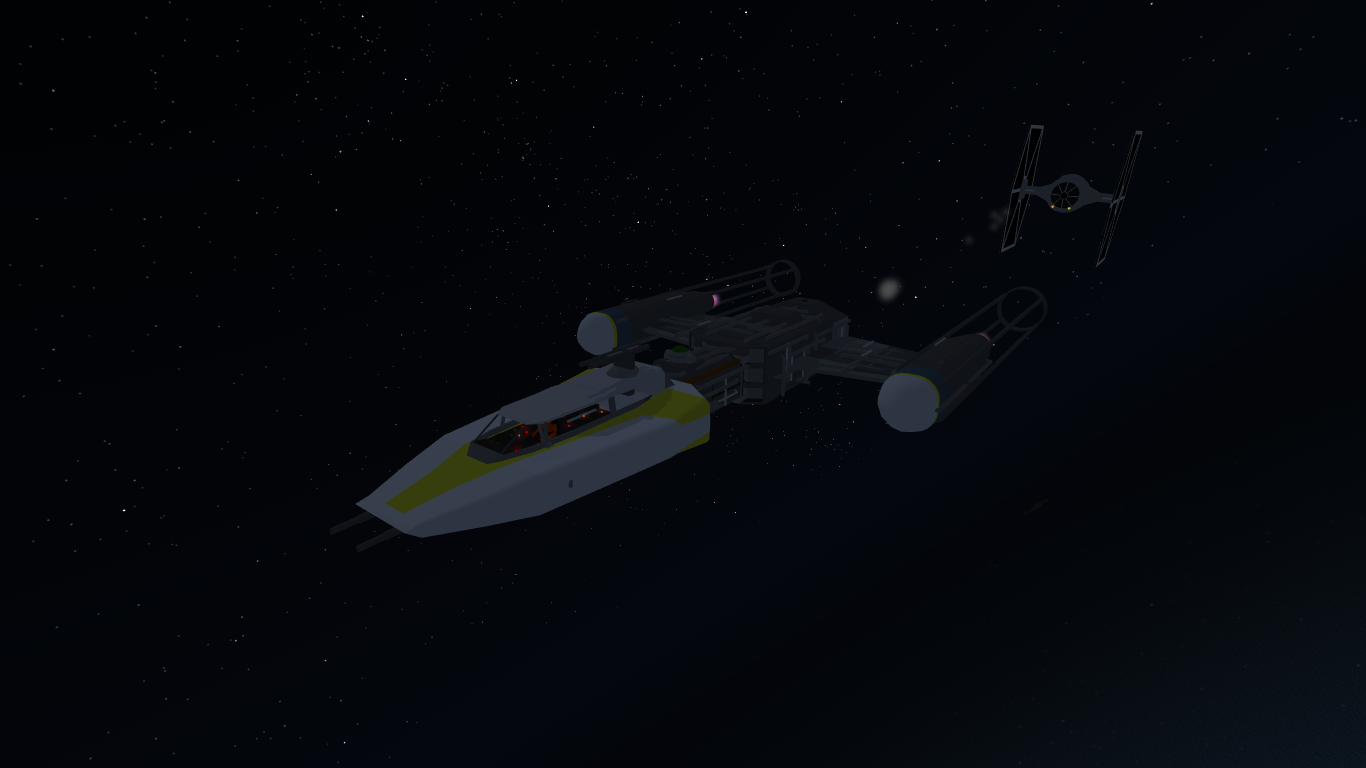 WIKI
Y-wings were light bombers used by the Republic Navy during the Clone Wars and the Rebel Alliance Starfighter Corps during the Galactic Civil War. Y-wings are described i as durable but slow tactical strike spacecraft.

Action Groups
AG-1 Hyperdive
AG-2 and pitch up for vertical take off
AG-3 Canopy
AG-4 Upper guns thing
AG-5 Proton torpedos
kinda detailed and funtioning cockpit
i originally wanted to make a fully detailed cockpit but i am limited by my skills so the most interesting thing is that the lights turn on and off corresponding to your actions like for example when you retract landing gear a light flicks
vertical landing is possible but quite challenging. 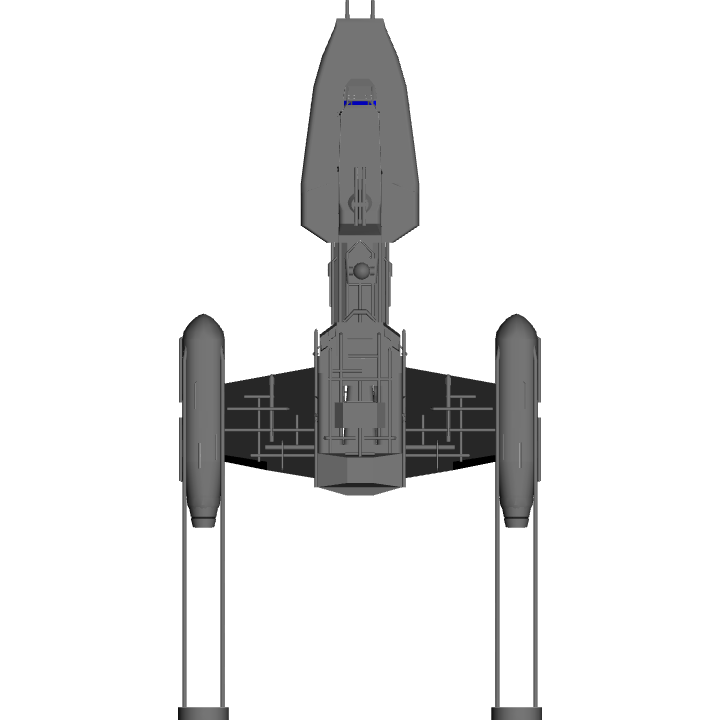 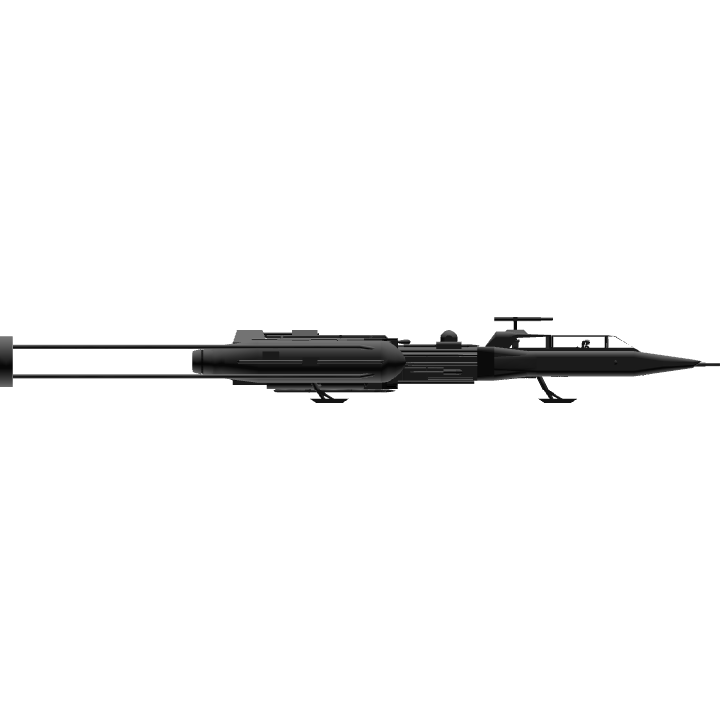