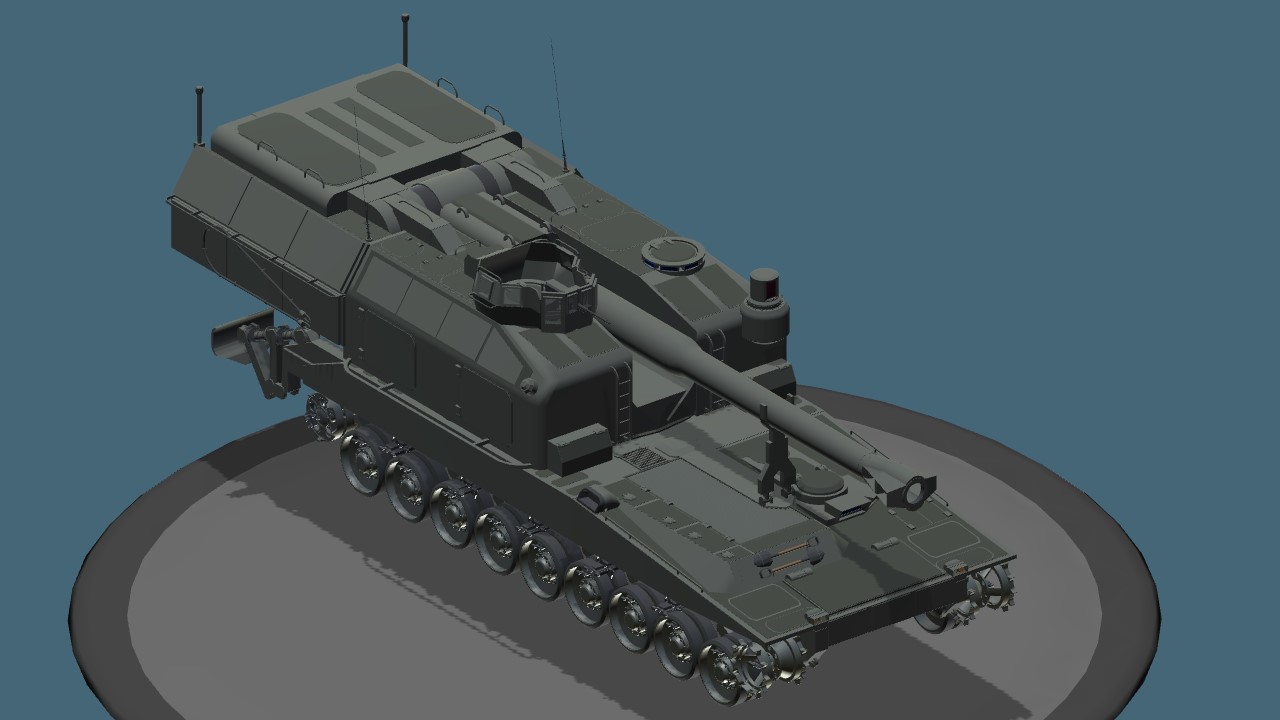 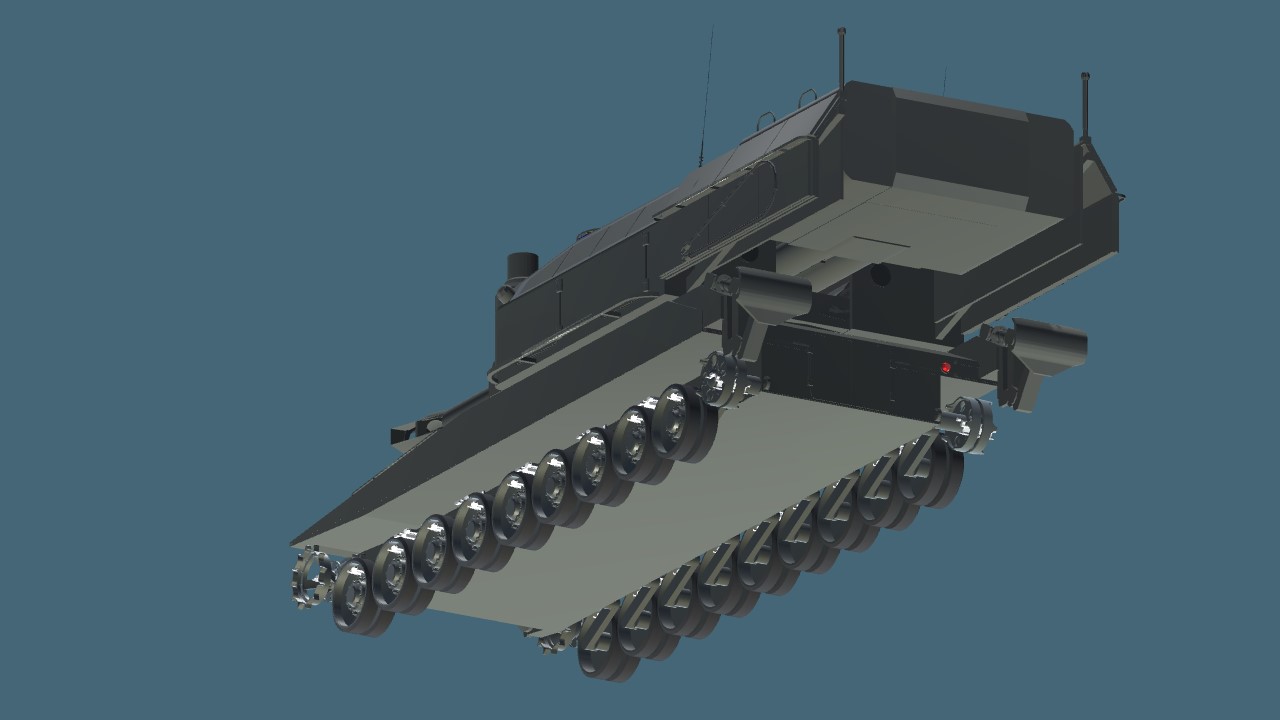 MOPCKOE_DNISHE for the tracks 2 mod.

The L4 Tikbalang is a heavy self propelled artillery in service with the Laurentian Ground Forces and in the Royal Army(As the Minotaur).

The L4 is currently the largest armored fighting vehicle in both nation's armed forces, with the massive size due to the main gun. It is armed with
the GR.203/50A4 cannon which is designed to be loaded via an autoloader, capable of firing 20 rounds per minute. There are 16 ready rounds
in the bustle. The bustle can be replenished via autoloaders inside the turret halves(The circles in the rear).

The L4A1 is a lightly modified variant, mostly upgrading the suspension and giving the commander's cupola external armor.

Also I wanted the tracks to have no return rollers but since I can't do that, they look like that and the road wheels will phase through the upper tracks
so my bad

Supposed to have custom tracks and suspension but like always, I failed. Plus with this thing's current partcount, probably best that I did. 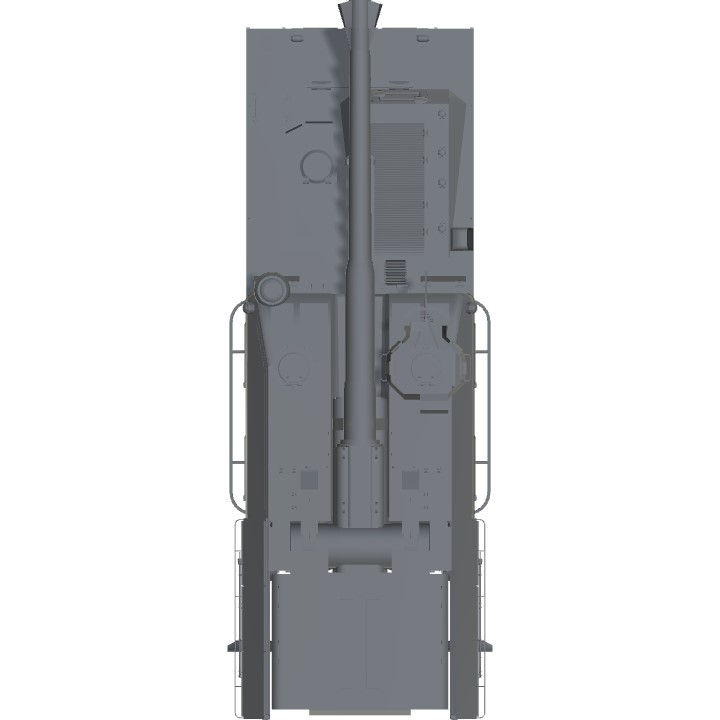 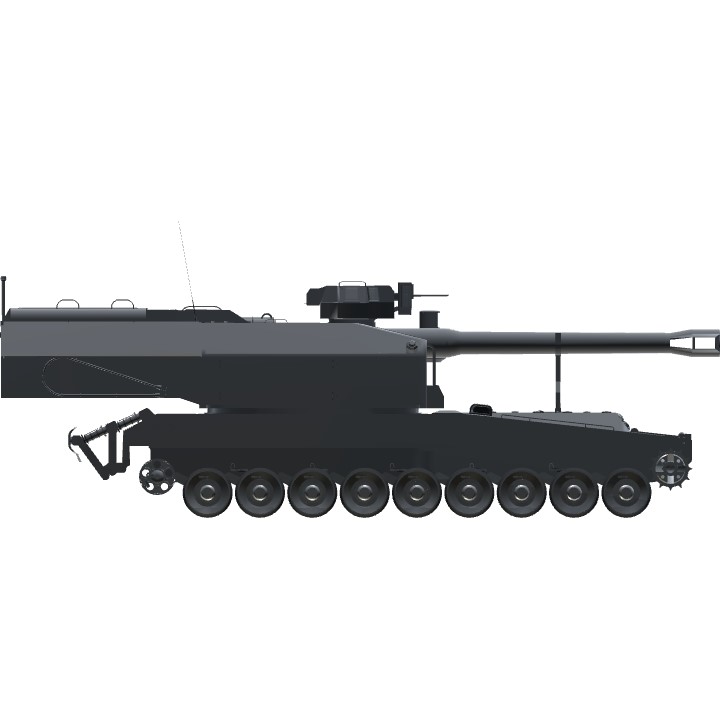 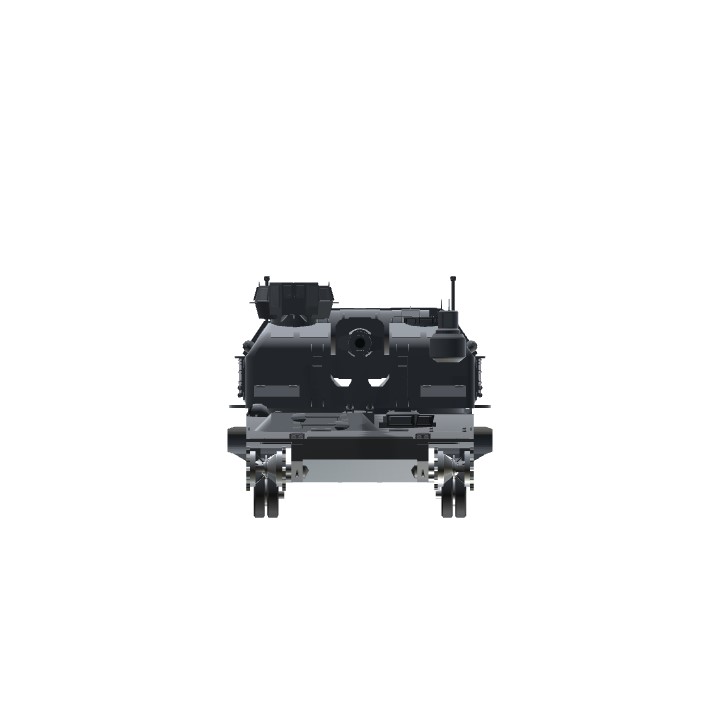