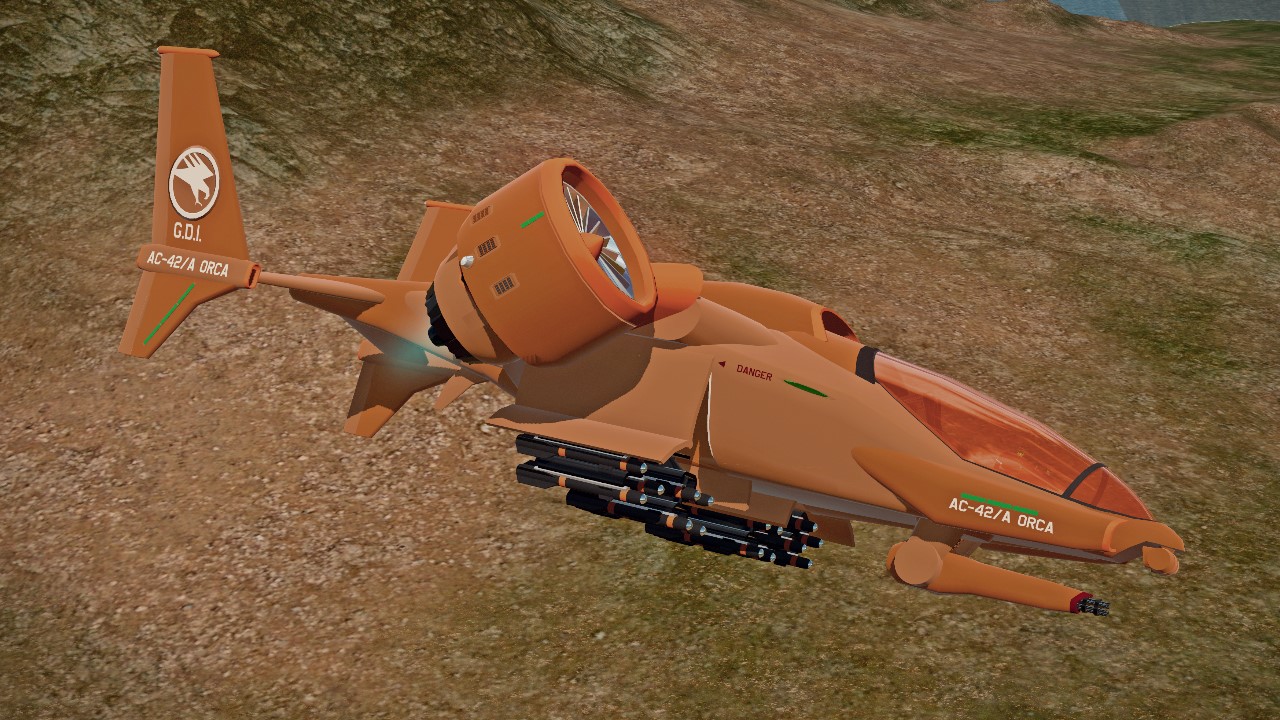 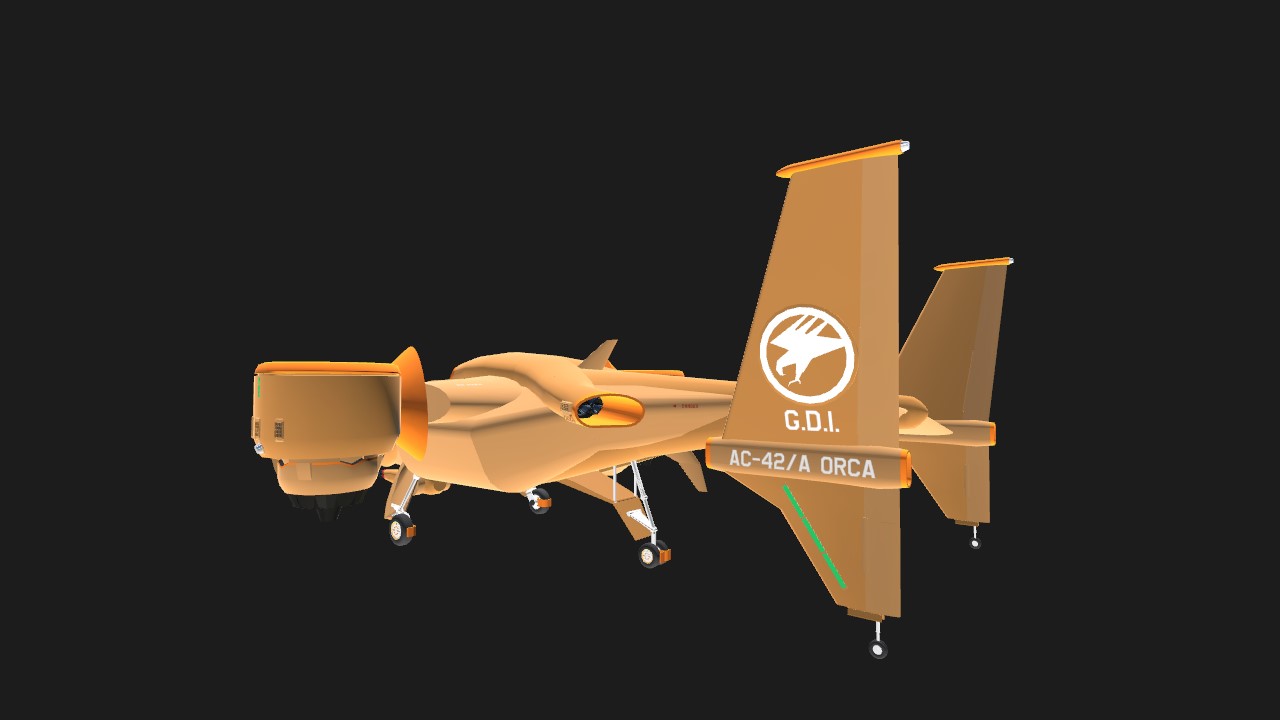 Controls are in the Ingame Instructions as well.
Lore below instructions, and links to Variants
Aircraft operation basics at the bottom of instructions

-She's not that easy to fly!

The new Orca is highly responsive, and requires the pilot to constantly control it when hovering!
If you start fighting her, she will fight back and both of you will lose.

for VR users to remove the targeting system if it bothers you.

-Brakes will apply both Wheel and Speed brakes.

Landing Gear and Missile bays will act as airbrakes when deployed,
and will slow the Orca down, Landing gear especially.

All information label parts were customized from the default "Wasp"

In Hover: Orca is like a very twitchy helicopter.

-Hover is at about 25% depending on variant, Gyro can assist in Vertical takeoff and landings.

-Parking Skids (Chocks) can handle a slope up to 10°

-Transition from Hover to Forward flight: Increase VTOL first, then Increase Throttle while applying light pull on the stick. (this may need practicing to do fast and stable) use Gyro if needed.

-Rolling landing: Approach at speeds below 300MPH, DO NOT FLARE before touching down.
on touchdown, Zero the throttle and apply full brakes.
Use VTOL and Trim for reverse thrust if needed.

-Air to air refueling: Place the Heading indicator on the HUD to the engine on the Tanker that the Drogue is connected to.
Use both VTOL for pitch trim, and Throttle for stability and speed control, Gyro may assist in stability

-incase of loss of control or Tumbling: with 1000 feet AGL or more, Zero throttle and Let go of the controls, The Orca will nose down and stabilize itself in a dive.
(At lower altitudes, Activate Gyro, Zero VTOL and Trim, and apply throttle as needed)

This Lore omits the Incursion war and 4th Tiberium war on purpose.
(because they are garbage IMO...)

* A brief history of your new deployable unit the AC-42/A "Orca" and its development. *

The First "Orca" was developed in the late 1990's to replace the AH-64 "Apache" Helicopter as a Front line support craft, but was lightly armed.
Later variants gained more and more powerful weapons and capabilities.
including Fighter, Bomber, Transport, and large Cargo/Vehicle carrying Orcas.
However before the 3rd Tiberium war, these capabilities were reduced due to massive cutbacks in GDI's funding, and Multiple aircraft were created to fill different roles.

After the end of the 3rd Tiberium war in 2047, and the destruction of the Scrin's Relay node, Both GDI and NOD suffered massive casualties.
This time marked a short yet quiet time where both armies aimed to resupply and regroup.
While NOD continued their terrorist attacks in the Yellow zones and maintaining civil unrest, GDI aimed to restart its Reclamation project and retake the world from Tiberium infestation.
Both to gain worldwide dominance, and to prepare for the Scrin's return.

In 2050 GDI formed a cordon around the completed and indestructible "Threshold 19" Tower (AKA Kane's Tower) in the Italian red zone.
GDI also began securing Alien technologies, and clearing NOD forces from the surrounding area.

In 2055 GDI completed the reclamation of 2 new Blue zones.
Reclaiming an area of Northern Russia once known as Taymyr Peninsula.
And also gained a large foothold in Central USA in an area between the ruined states of Wyoming, Nebraska and Colorado.

With new foundations to build upon, Amtek International LTD. (once known as Samsung) created new infrastructure, Industry, and creating new technologies to better defend the Blue Zones against Tiberium.
Working as a main manufacturing and weapons development company with GDI.

In 2057 Amtek International LTD. had a major Breakthrough in Power suits through Scrin technology adaptation, allowing Humans to withstand massive G forces of up to 130 G's.
This allowed for new aircraft and spacecraft to be created, and construction began on a new Space station named "High Hopes".
This new station will be the main base of operations for GDI's strategic command.

The new Orca was designed to be deployed on its own "Orcapad":
Link to Orcapad 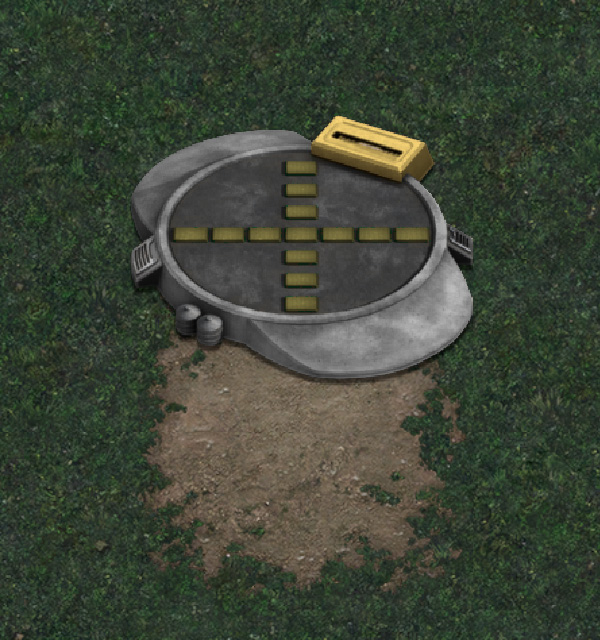 V for helping set this up for VR, helping with Cockpit layout, and general inputs!

Also Thanks to Amtek International LTD.

PlanariaLab for the 1part hud

Special thanks for testing and general help:

A lot of information was taken from the Command & Conquer Wiki 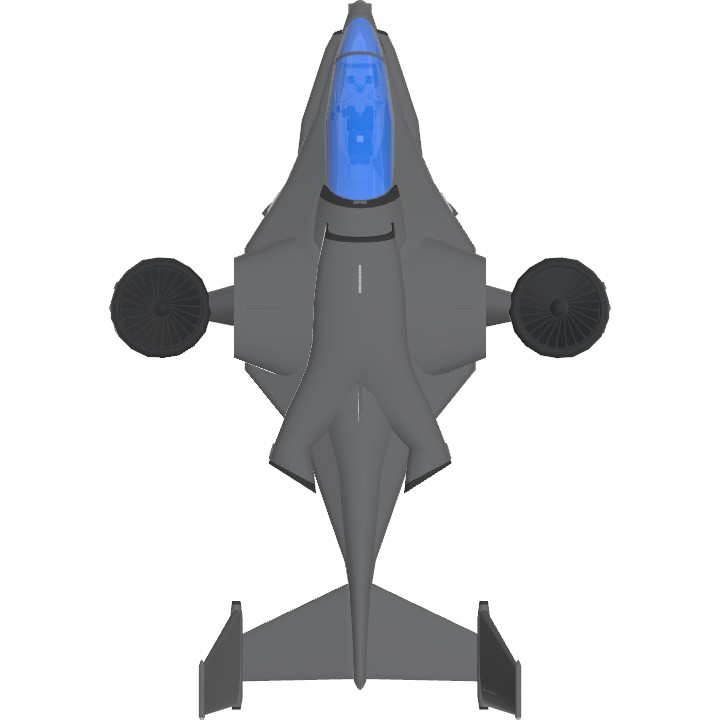 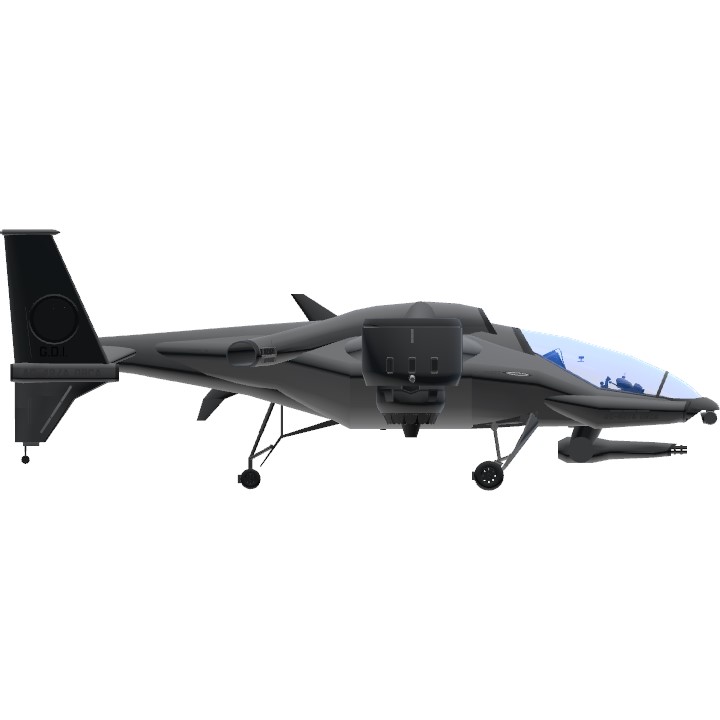 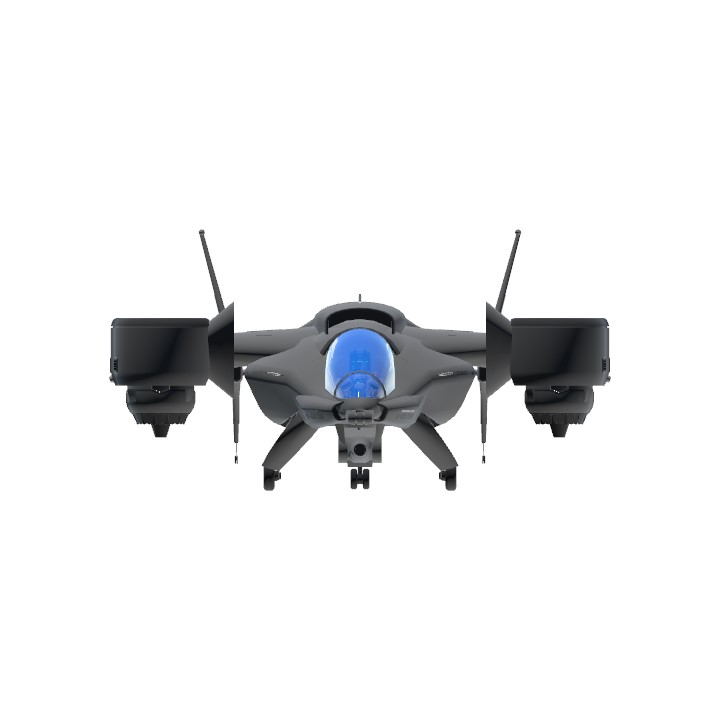