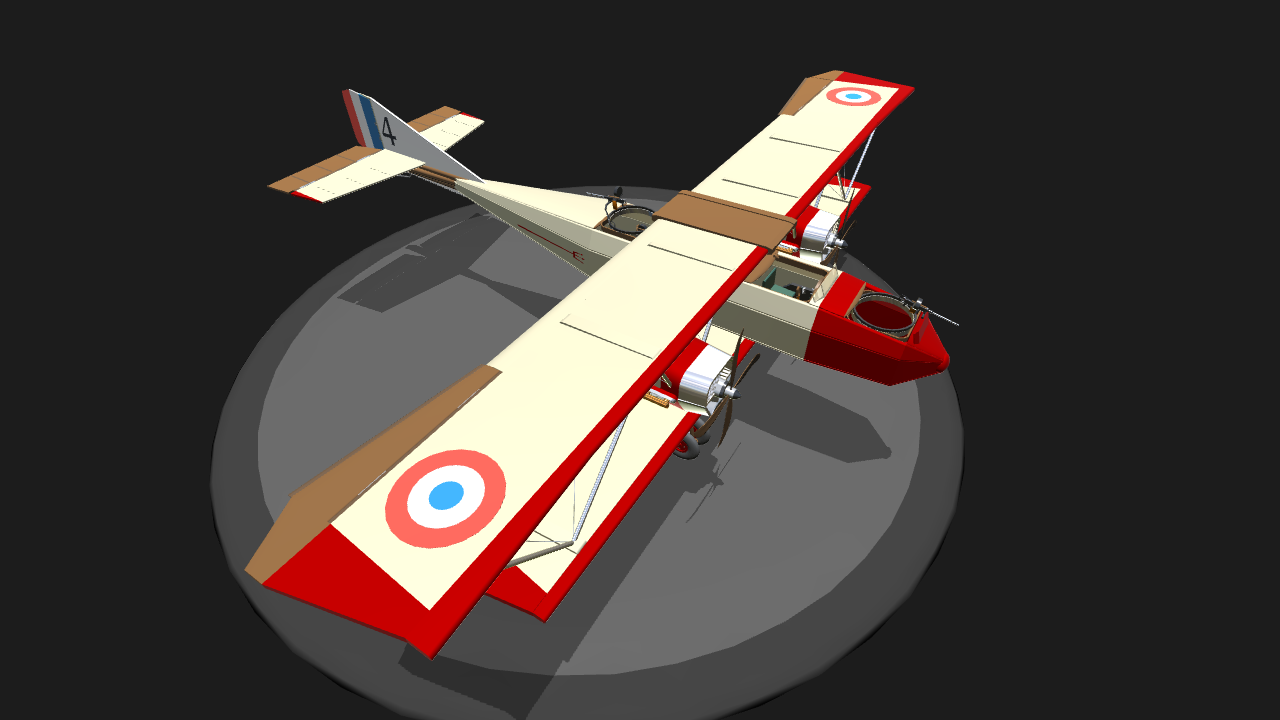 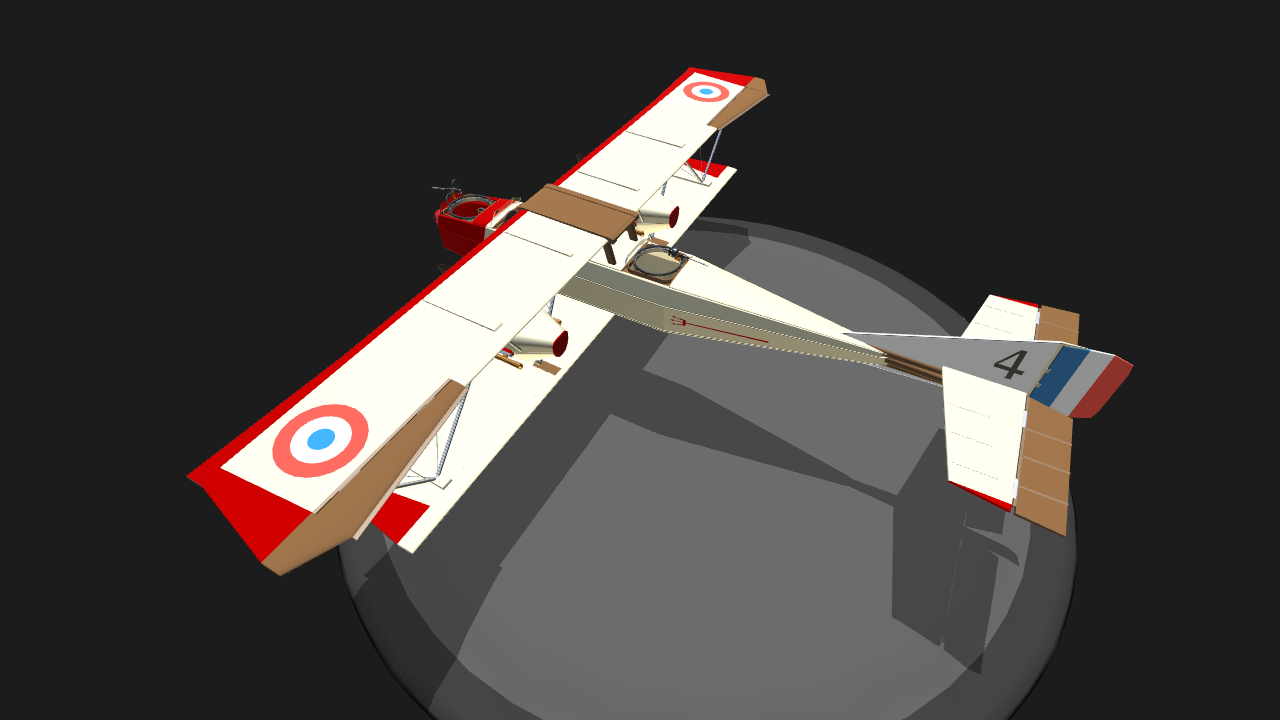 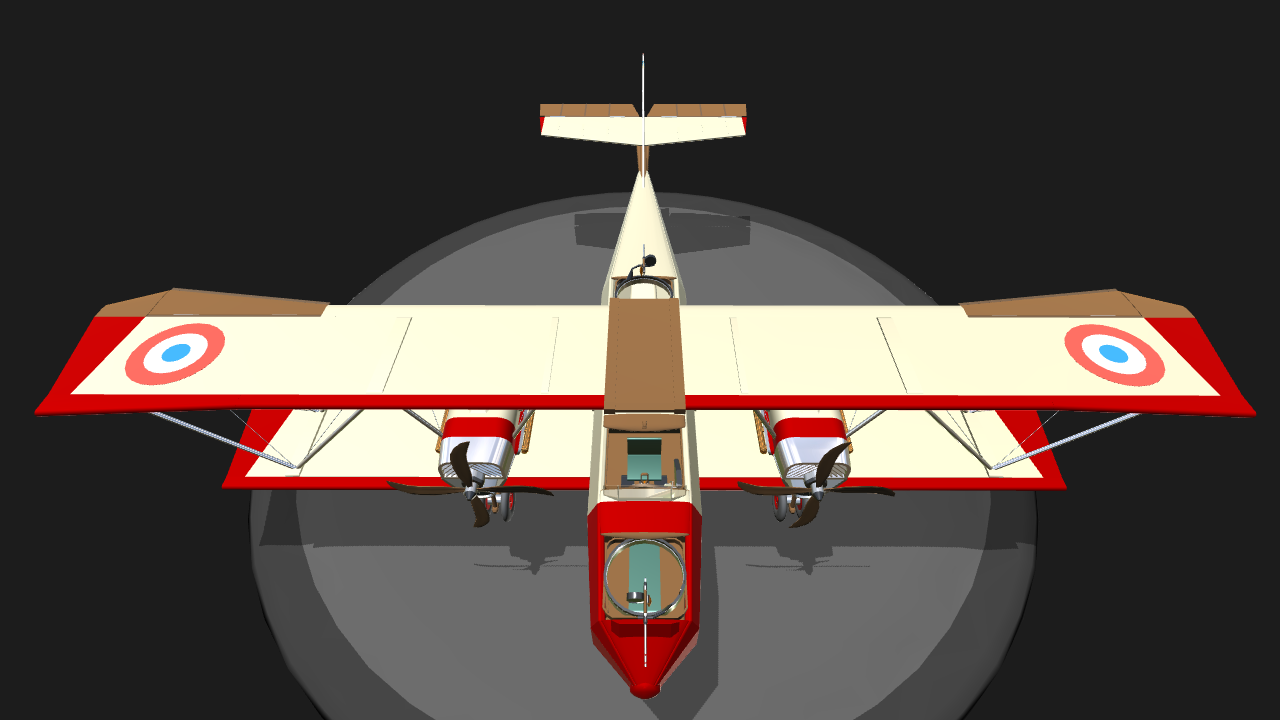 Reduce Throttle to low setting as required; Slowest landings are made with Throttle off. (Stall speed is 37mph) On touchdown, brake gently.

The Caudron R.13, was designed to fulfill similar requirements to the Caudron R.11, namely a 3 seat long range escort fighter with reconnaissance as a secondary role. In this case, Caudron sought to simplify construction so as to speed up the manufacturing process and deployment.

Notable differences between the R.13 and the older R.11 were a much simpler fuselage shape, a redesigned layout that had the pilot's position further forward, and a radical redesign of the wing struts and bracers, giving rise to its nickname “Double-vé” among pilots and crews.

Other differences included lighter and simpler gun mounts, with a single gun in each position and the addition of small wind-shields in front of each crew position. The Hispano-Suiza engines powered 4 blade propellers

It is not known how many examples of the R.13 were built, or how it performed in service but pilots did report that the handling was generally smooth and comfortable, with good top speed.

With wheels! Something land-based to complete my 3 entries for this challenge. I played about with the mass on this build so the landing approach is nice and slow, especially in a glide.

I also tried and failed to have a steerable skid for taxiing; maybe I can try again on a future build.

As before, I use Yaw to traverse the guns which makes it necessary to have AG1 off to disable the rudder (unless you enjoy air-sickness). 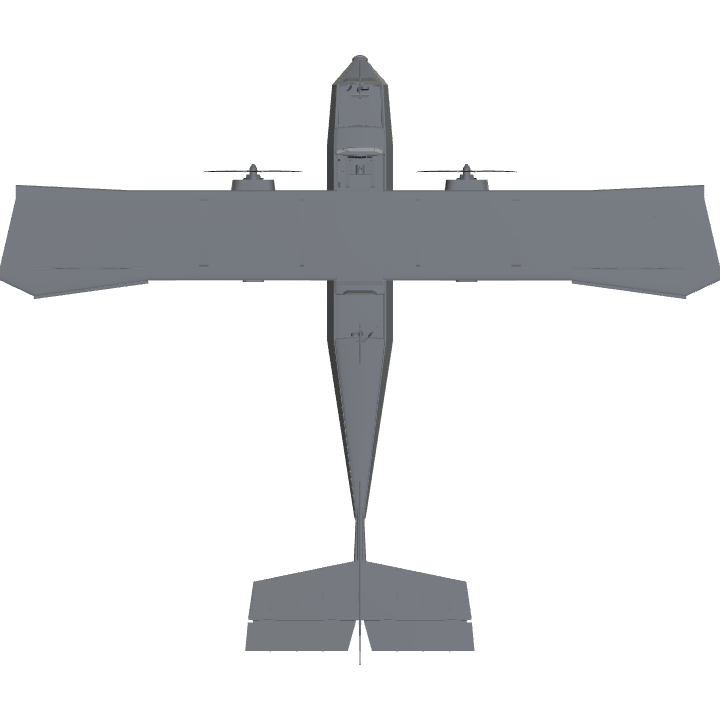 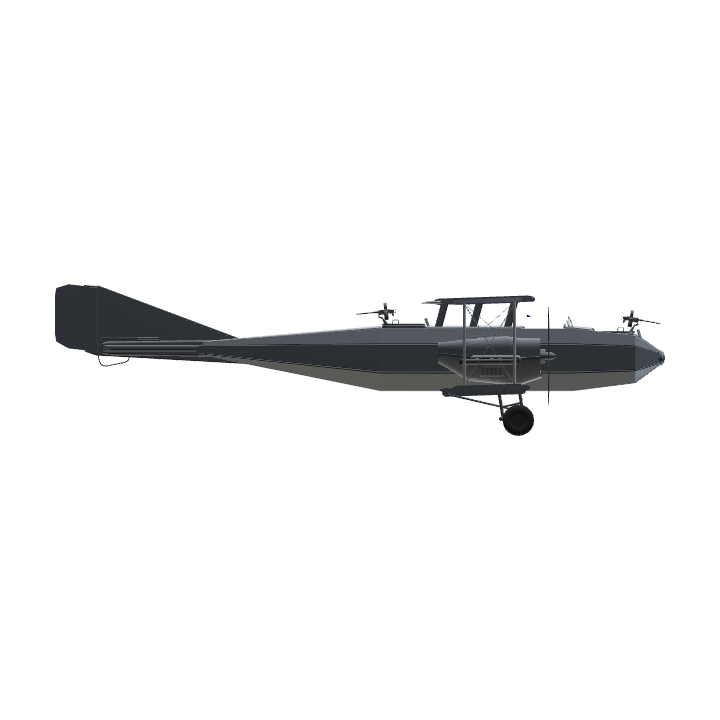 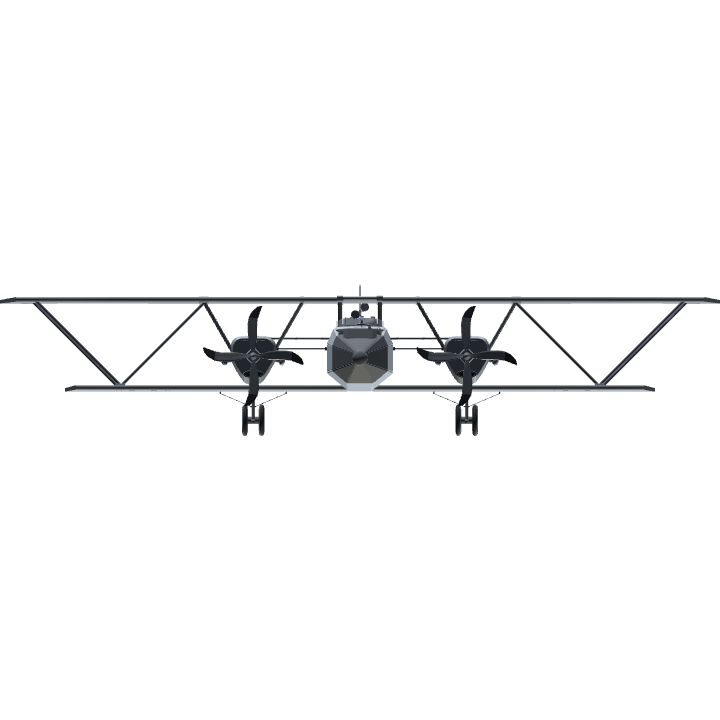