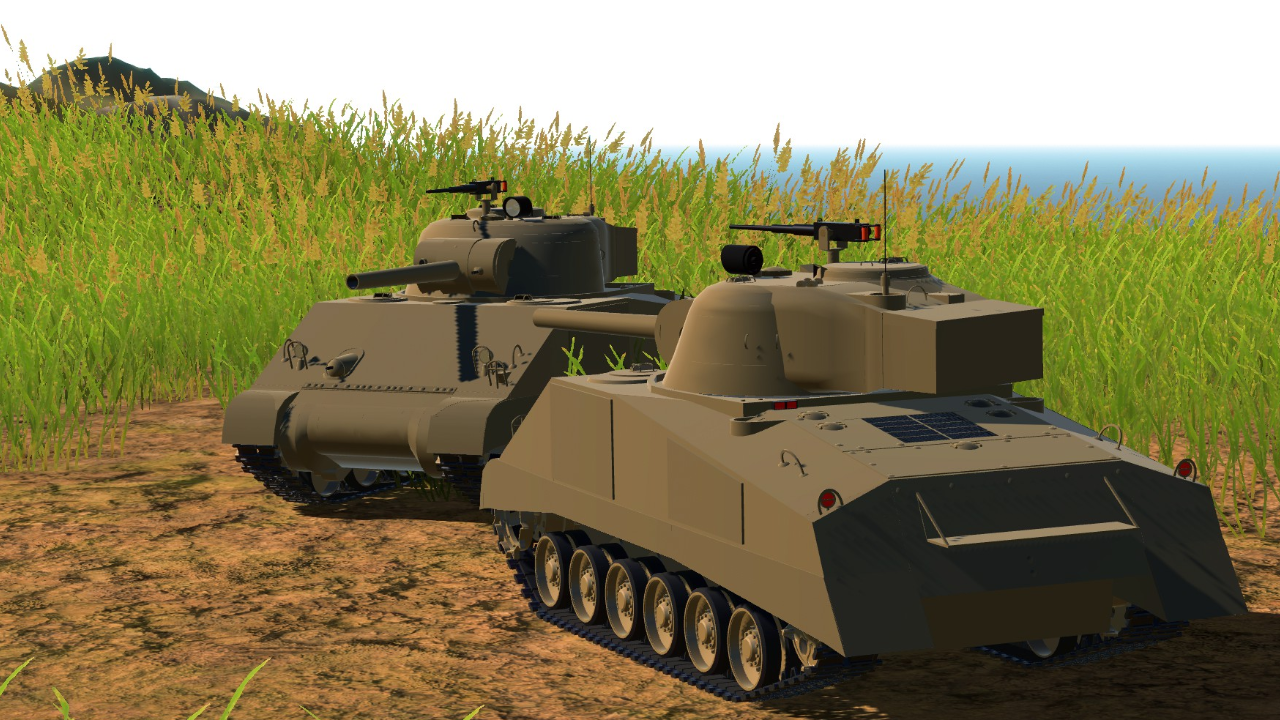 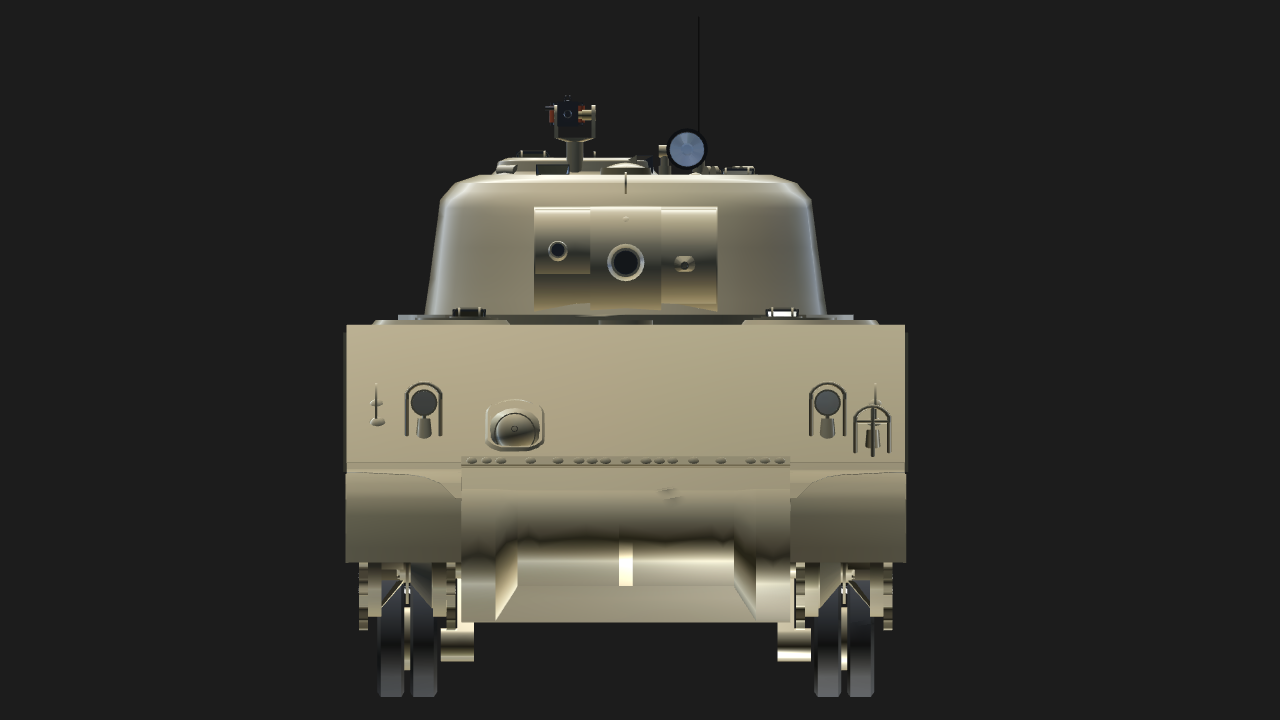 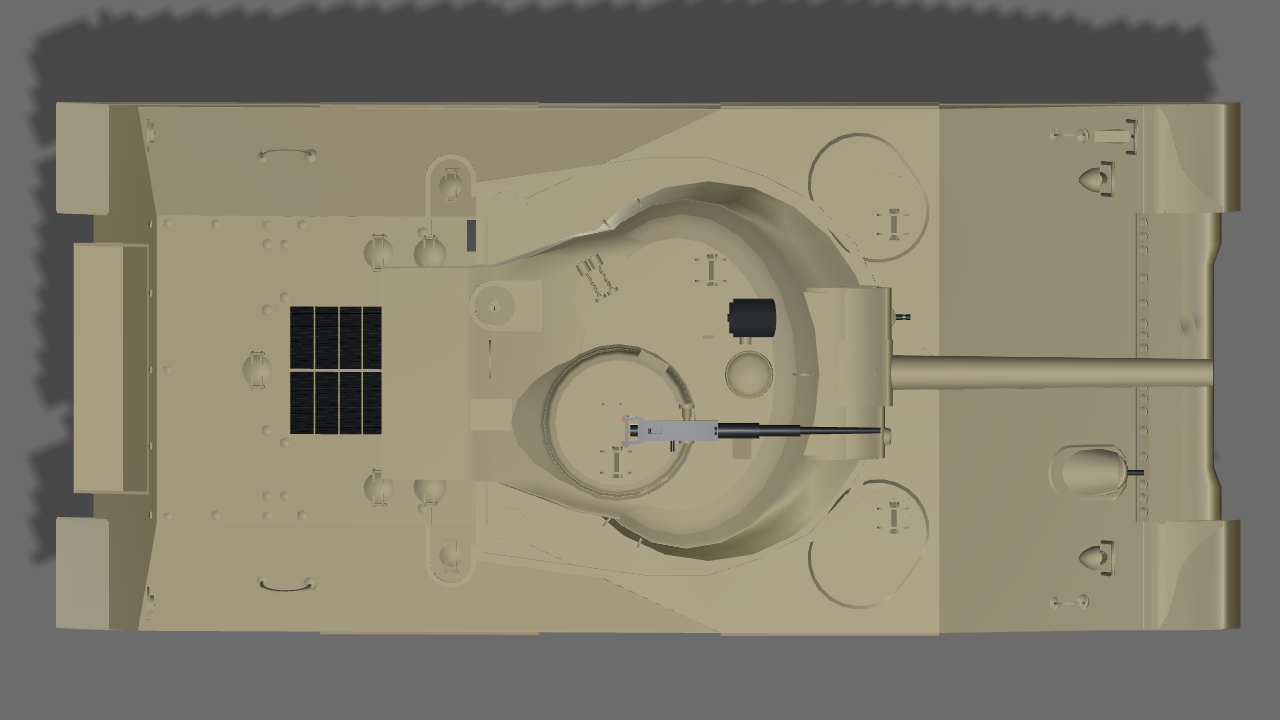 Controls :
Yaw - Steering
PItch - Movement
VTOL - Guns Elevation
AG1 - Hull MG
(Taken from the War Thunder Wiki) The second mass produced modification differed from the M4 in that two GMC 671 diesel engines were installed to make up for the Continental's insufficiencies. The engine and transmission were pulled from M3A3 and M3A5 medium tanks. In April 1942 the first M4A2 prototype was tested, with full-scale production subsequently beginning. The tank had a welded hull, and the front plate initially had viewing slits cut out, though armour covers were later welded on and periscopes added. From the beginning of 1944 the front plate was made from a single piece, while the driver and gunner hatches were moved to the roof of the hull. The angle of the frontal armour went from 56° to 47° from vertical. The low-revving diesel engine gave the M4A2 better off-road ability and significantly more range as opposed to carburetor engines. Approximately 8,000 M4A2s were produced between April 1942 and December 1943. The tanks saw action in Africa and Italy, on the Western and Eastern fronts, and on Pacific islands through 1945. Lend-Lease included 1,992 of them delivered to the USSR. In 1943 problems with the M4A2 were exposed by the Russian winter: those sent to the USSR had a smooth rubber protector for their tracks that made it tough to move across frozen roads. The difficulty finding traction was further complicated by a high center of gravity, giving the tank a habit of flipping over. Overall, it was the equivalent of the Soviet T-34 and was used similarly. The Sherman was much quieter than Soviet tanks, also lending itself to more effective infantry fire from behind its armour while on the move due to its lighter suspension. 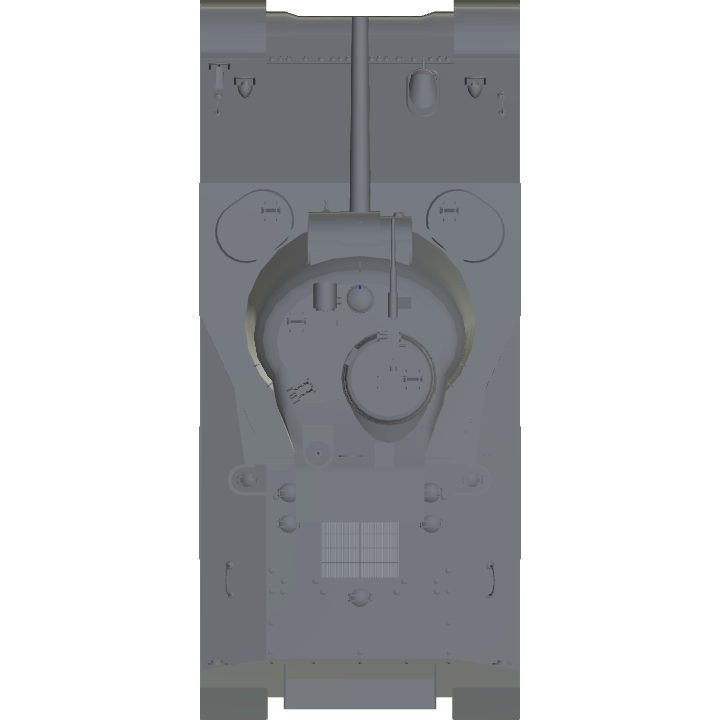 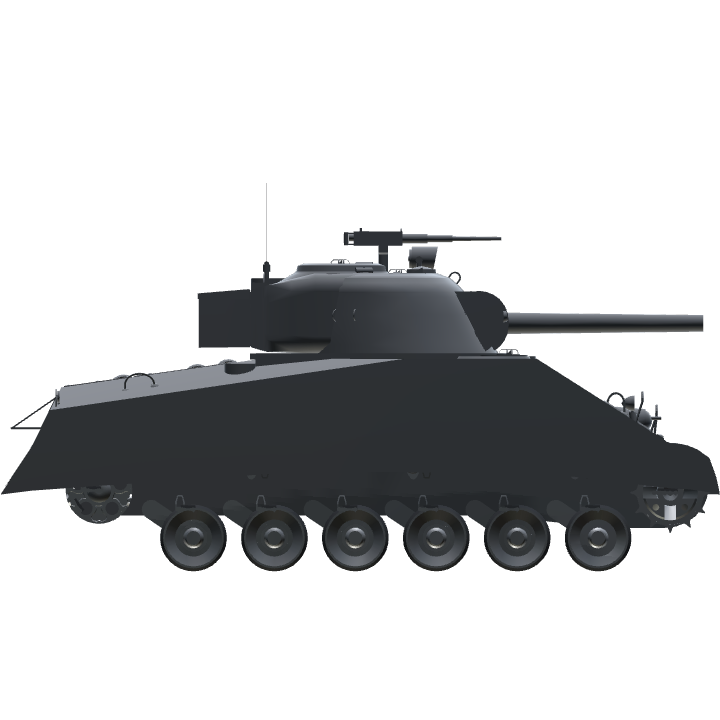 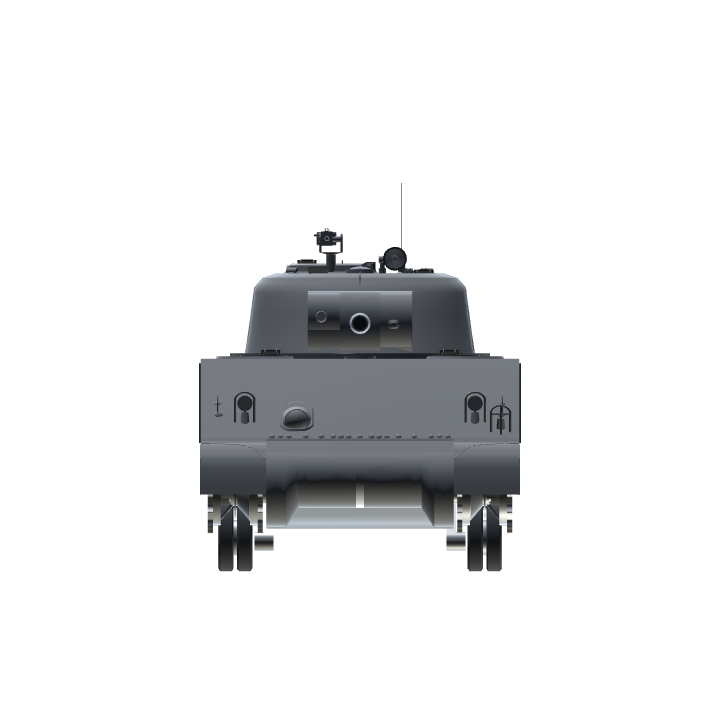