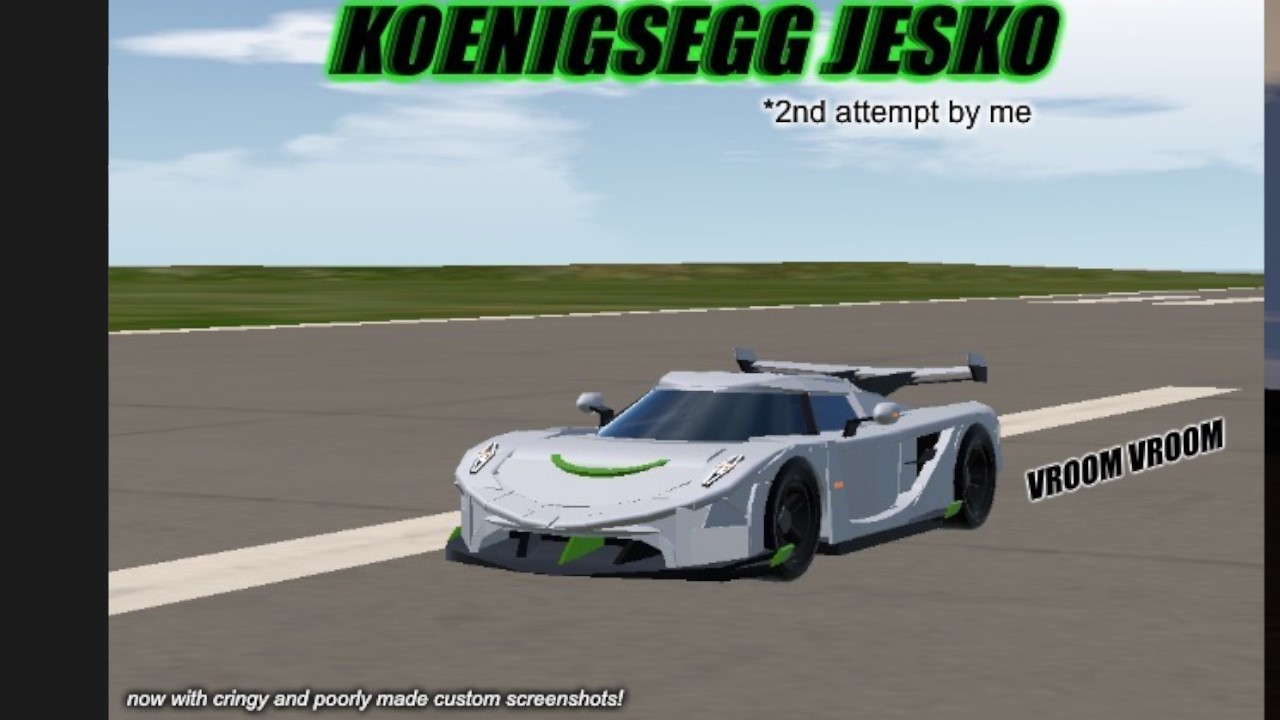 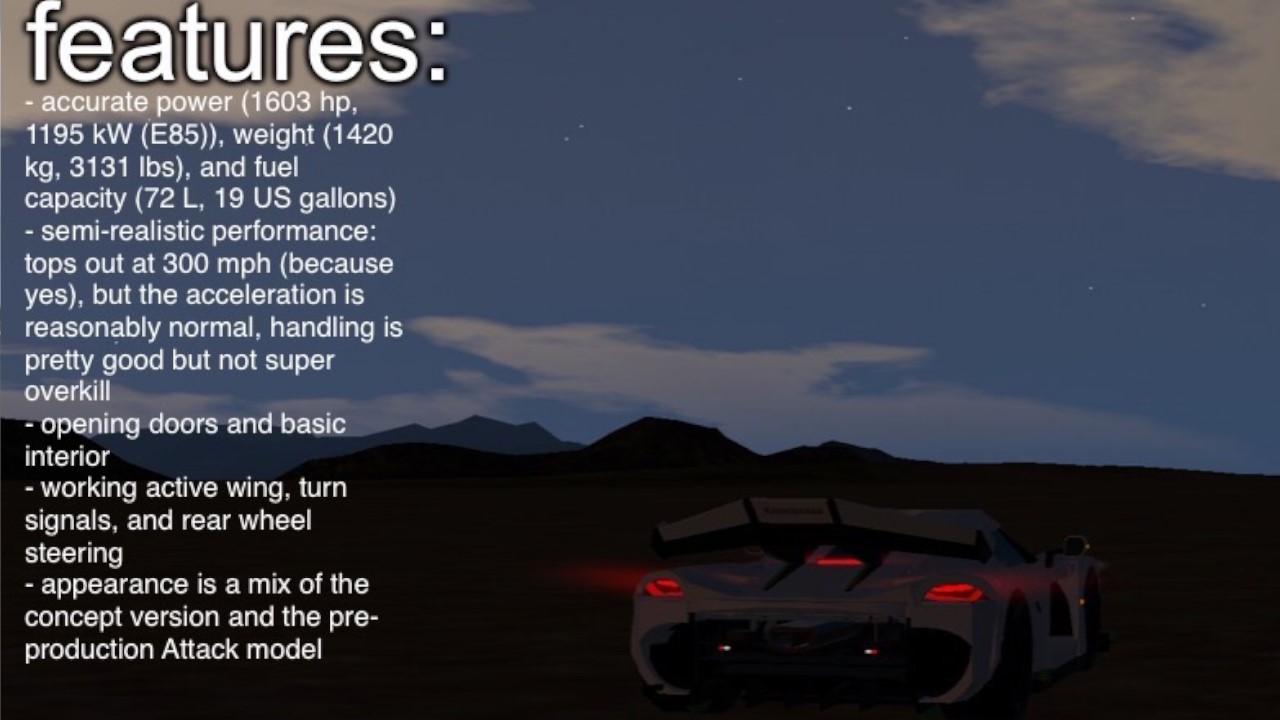 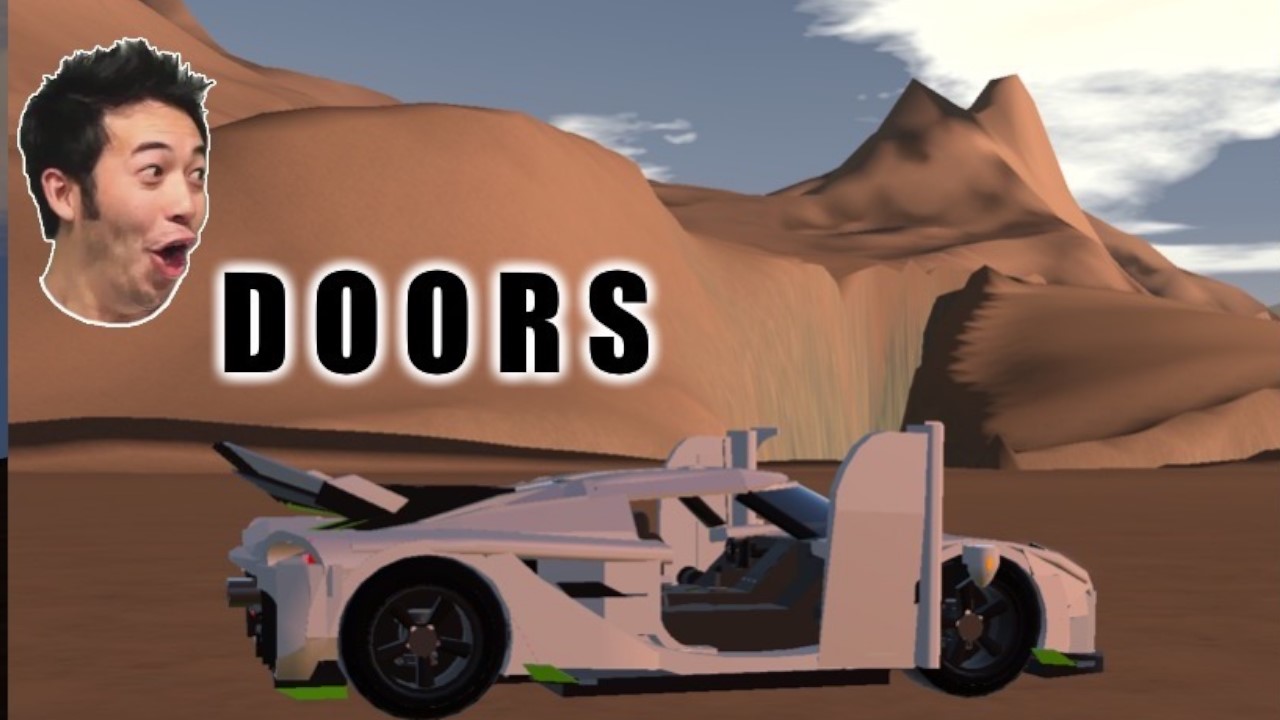 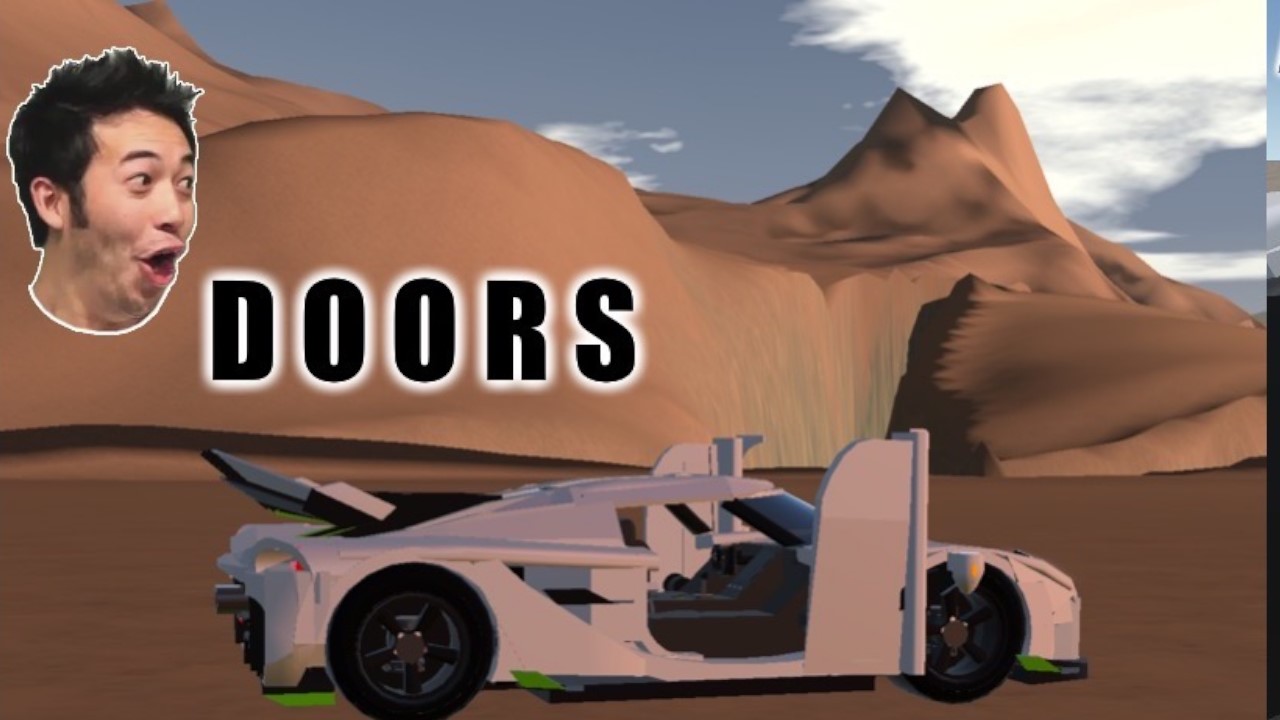 So, i finally uploaded it. It no longer looks like a mutated sausage that got a dose of 2 gigasieverts of radiation. Don't get me wrong, it still looks bad, for example the thing which i like to call the chipmunk face, or the horrible looking sides, but that's not the point. It still looks better than the monstrosity that the old one was.

Anyways, back to the point - the car.

The controls are simple, i made it as user-friendly to as many different types of people and driving styles as possible. Remember that you can always access the controls in the Craft Instructions tab when playing or in the designer.

Pitch up or Throttle to accelerate, Roll or Yaw to steer. Pitch down is used for less strong braking and reversing, obviously , while Brake is of course used for powerful braking.

AG1 to enable gyro flip. Use this to flip yourself upright. You can use Trim when enabled to tilt yourself, can be used for comical wheelies, but its main use is to wiggle the car and potentially get un-stuck from random bumps. The gyro also does have a boost to yaw (and of course general stability due to zero body roll)
AG2 to open left door. The doors close when going above a certain speed, but the windows stay rolled down so you can enjoy 300mph winds smashing in your face.
AG3 to open right door. Same as the other one.
AG4 to enable rear wheel steering. It isn't really noticable since it's only 3°, but it is there and it does work, and it may help you take corners slightly faster.
AG5 to toggle left turn signals.
AG6 to toggle right turn signals. There's no AG for hazards, so you gotta make do with trying to enable both at the same time and try to get them kinda synchronized.
AG7 to enable interior lighting. Last-minute fix because i realized you couldn't see a damn thing inside during night time. Doesn't really work well, but you can probably make out the silhouette of the steering wheel with it enabled.
AG8 to toggle the wing movement. This can be used to lock it into the tilted position if you hold brake and then disable the AG. And yes, the wing does have drag, so if you leave it tilted for aesthetics then you will experience a loss of acceleration and top speed because of it.

The current one is based on the concept version's color, but if you prefer another color scheme then feel free to change it using my simple color guide for it: 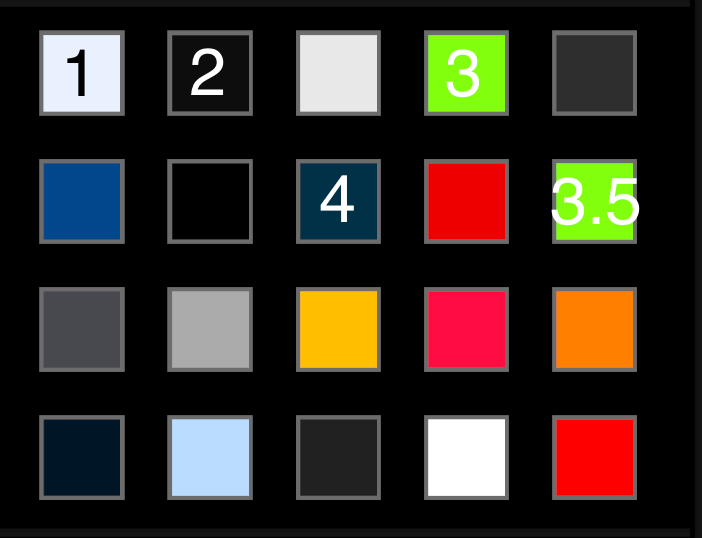 1: Primary paint - the main paint of the car's body
2: Carbon - the color of the carbon fibre pieces, can be used for some creative combos maybe?
3: Accent paint - all of the car's secondary paint. 3.5 is a glowy version which is used for the RPM meter in the interior, just paste the color code from the normal ome
4: Window tint - can be used to change the window tint color (you can set it to whatever you wish, the interior glass is hidden)

You could take it onto the Gold Prix race track, sure. There's no elevation changes apart from the transition from "ground" to the track, so feel free to push it.
The oval track is a little bit different. You will definitely suffer due to the tilted and elevated track, even if you got the downforce sticking you to it. You're more than likely going to spin out hit the wall, and because of SP physics that will most likely send you flying straight into Alpha Centauri. It's possible to complete it, yes, but quite difficult. As for other parts of the sky park map, i don't recommend it. It's a hypercar, it'll get stuck on the first bump of the proving grounds. And due to the absurd downforce, you can't do jumps either. You could maybe remove the fake downforce thrusters (all "hidden" parts, including, those are highlighted with a bright white to find them easier) and get better airtime, but still, there's also some real downforce from the wing pieces too.

The grip is a bit too overkill for you to do that. I originally planned to make it less grippy so you can pull some random slides (definitely not pulling constant drifts like they did in the EGGHUNT video though), but that made it impossible to drive normally, so you get this instead.

Anyways, that's all. Enjoy a build from me that finally isn't something mediocre. 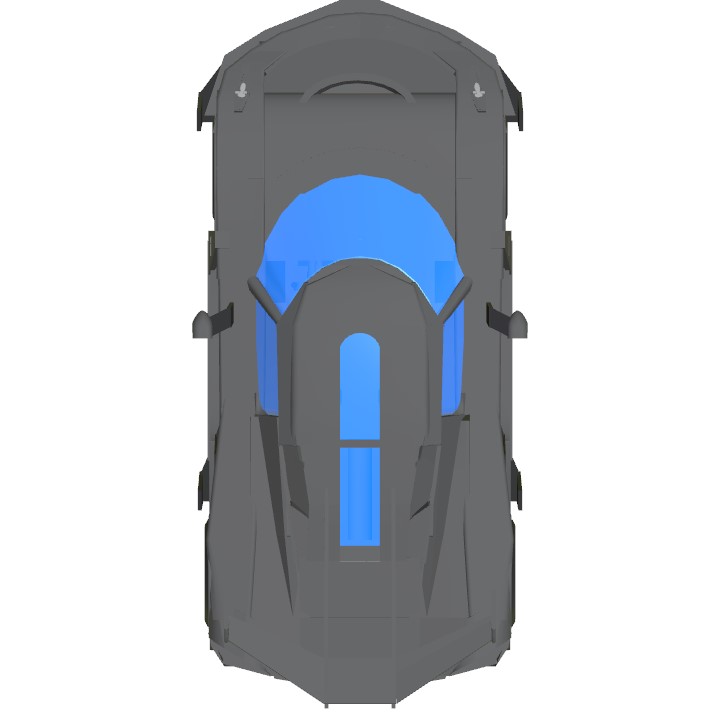 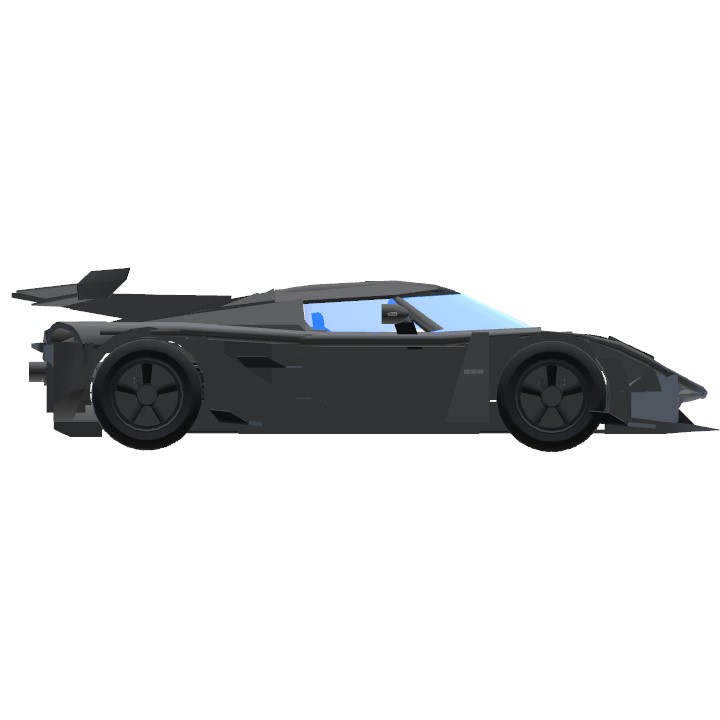 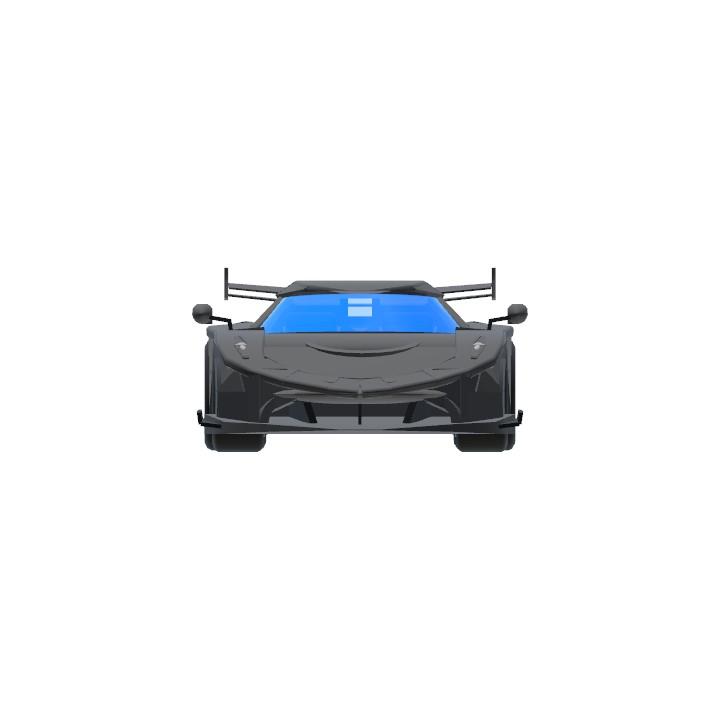