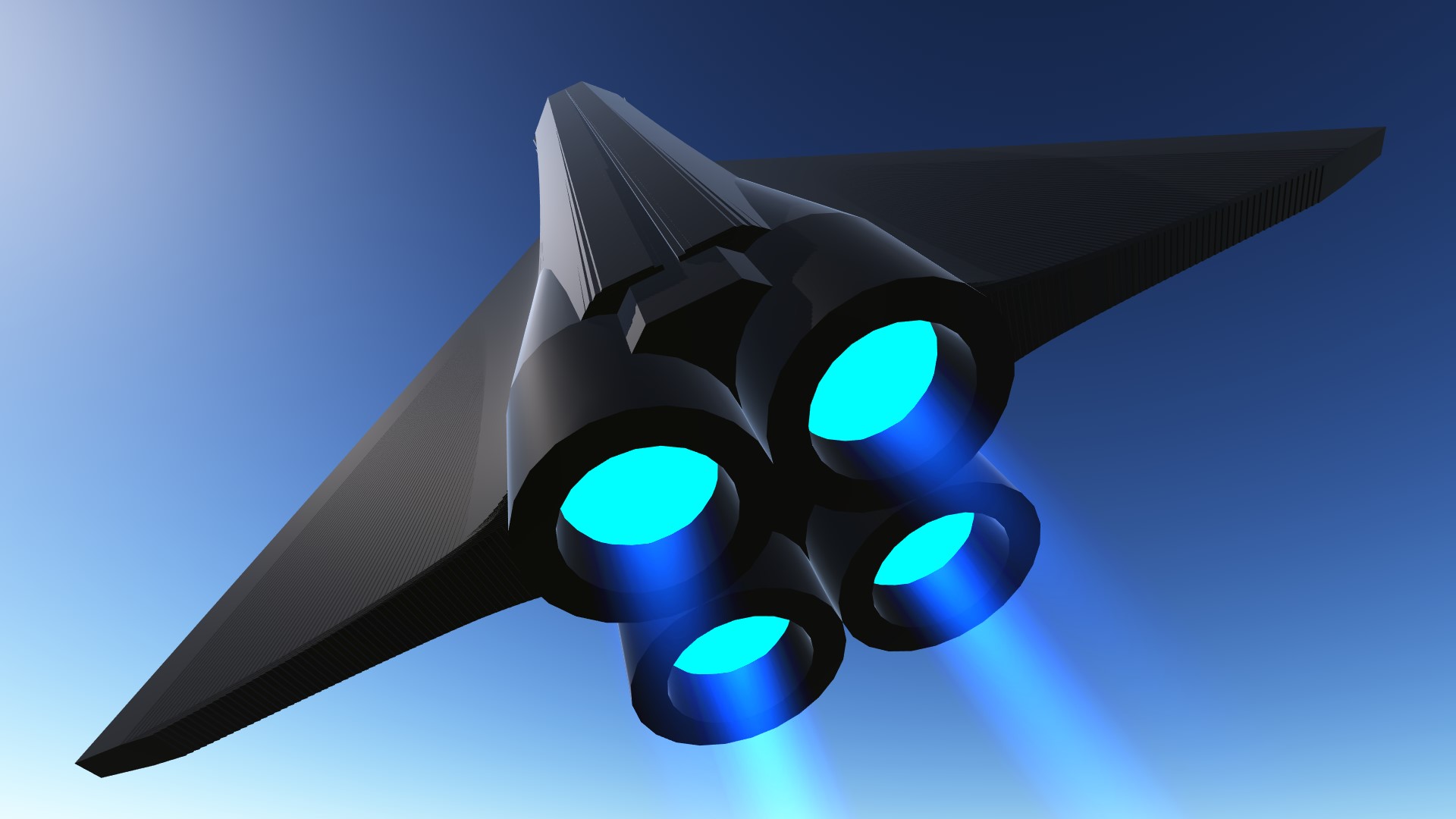 This deceptively simple little thing is the most fun aircraft I've made in some time, and has possibly my best flight module so far. Earlier flight modules of mine had dual-mode handling: low or high maneuverability. This one, by contrast, has handling that varies smoothly from low speed to high speed.

50% throttle is the cruise setting for this aircraft. Any higher than that and the afterburner gets engaged. The afterburner is not a simple on-off toggle, but ramps smoothly up from 50% all the way to 100% throttle. Between 50% and 100% throttle, it has perfect trim; below 50% you have to use manual trim. The afterburner visual effect also ramps up smoothly, giving a visual indication of your throttle setting -- so you can fly this in third person mode, without the HUD overlay.

Instead of having separate controls for the variable geometry, that's also controlled by the throttle.

It can take off vertically, and also come to a dead stop in mid-air simply by cutting back the throttle to zero with VTOL mode on. Note: don't cut the throttle immediately, take it smoothly down to zero instead.

People have asked for the ability to install their own weapons on my previous airbrake-only builds, so this one comes with fuselage blocks visible in designer mode to let you do that. Note that any weapons added to this will need to have zero mass and drag, or they will degrade flight handling.

VTOL mode (only available under 200 mph) 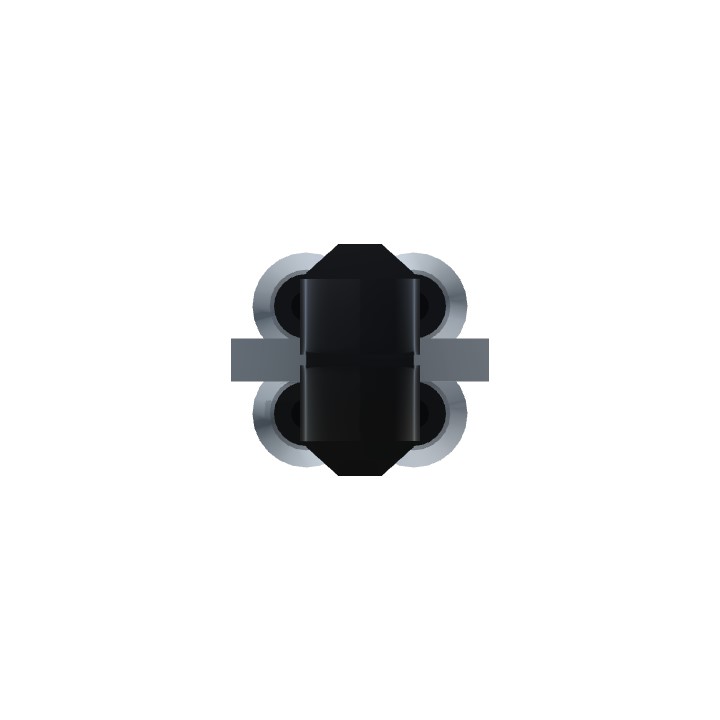