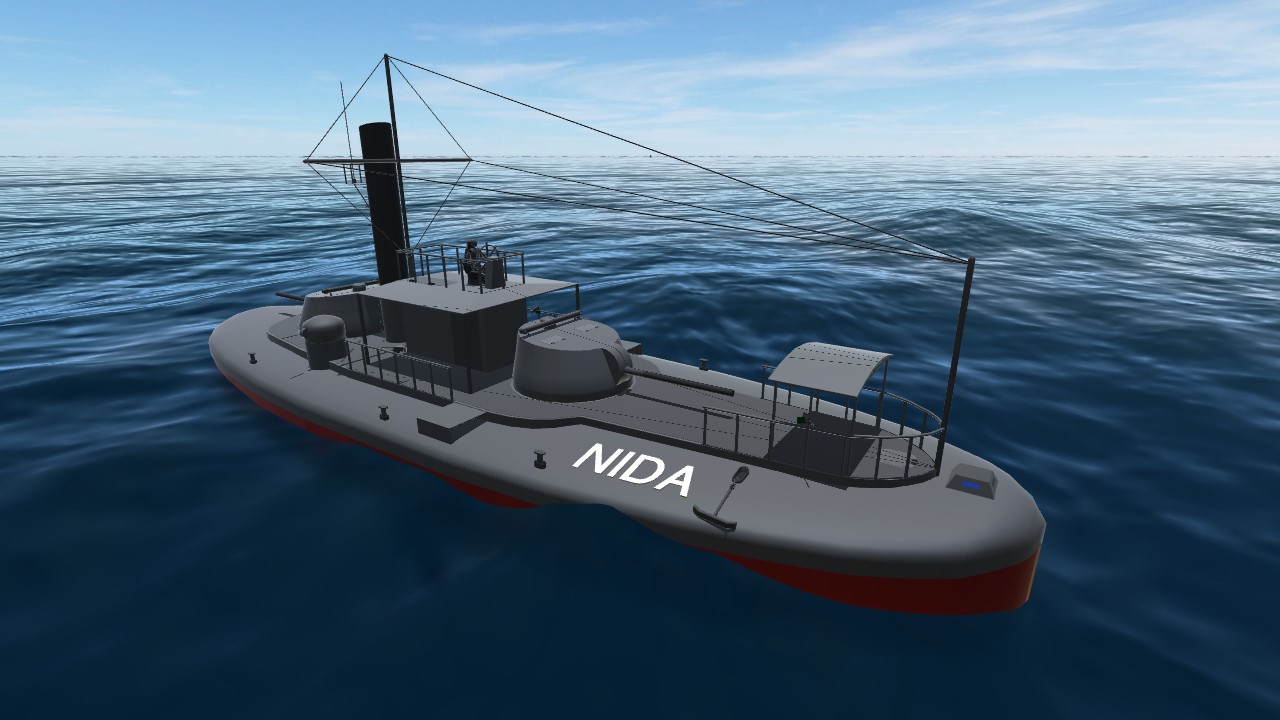 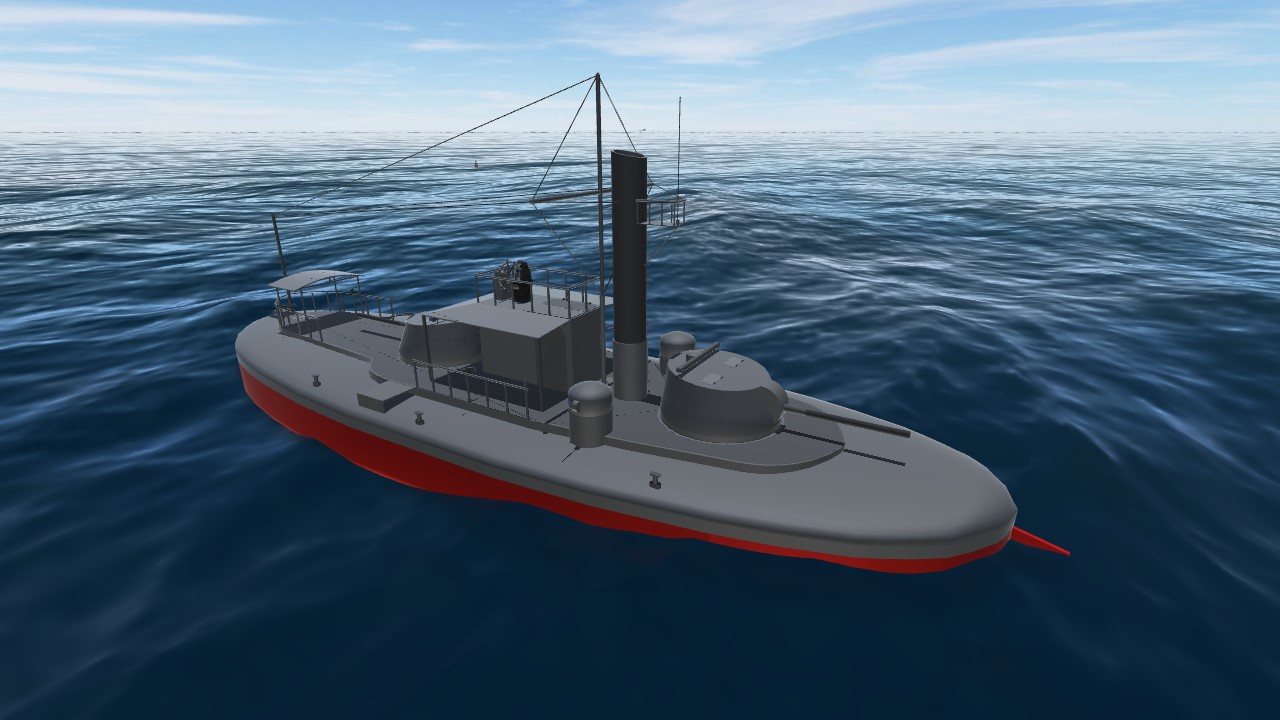 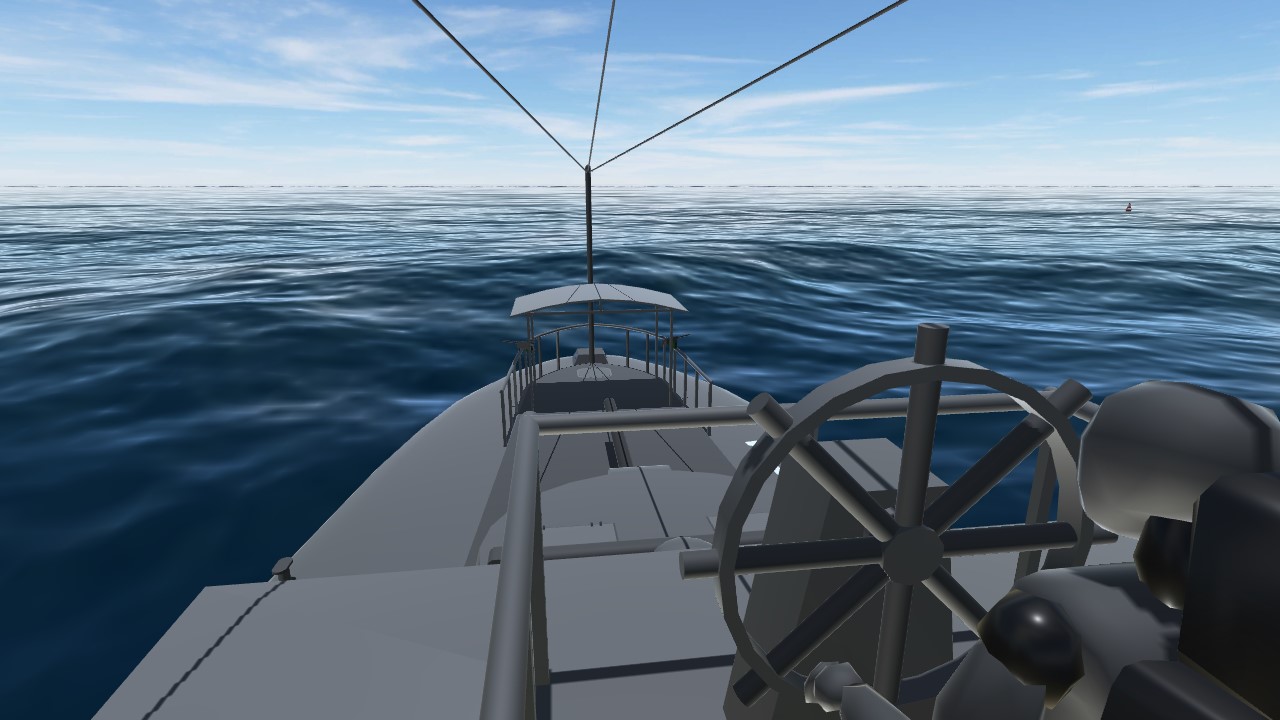 •1912-1918 Design
The Nida-Class Monitor first began design in 1906 after the existing monitors were considered completely outdated overnight with the launching of the HMS Dreadnought.
By 1910, the Nida-Class had its design finalized and began construction in Königsberg, finally launching and finishing construction 1912 featuring some of the most advanced German weapons of the time; a single 10,5 cm/40 SK L/40 gun ahead of the miniscule bridge, and a single 5 cm SK L/40 gun behind. Alongside this, the ship featured a 11 knot top speed for something so heavily armored. The ship saw 6 inches of armor above the waterline on it's hull, with a deck of 4 inches to accompany it.

By the outset of the Great War, 6 Nida-Class Monitors had launched, with another two still being constructed in docks. While they didn't see any significant combat, they had small skirmishes with Russian gunboats along the Lithuanian and Ostpreußen coasts.
Due to the engagements, crew of the Nida saw adding makeshift armor along the bridge and guns, as well as stealing captured Russian guns when at port to mount to the ship for defense small arms.

•1935 Design (Current)
The Nida, having served faithfully since the Great War, and being pressed into the Kriegsmarine as part of the Baltic fleet, saw a major refit alongside the dozen other ships still on service to make it a more effective and offensive ship, despite being a monitor.
The bridge saw the largest refit, with it being turned from a glorified awning to a full fly bridge atop a series of stairs to the brige and interior of the ship, with a armored secondary bridge in the very nose of the hull for if in combat. Alongside that, both guns were replaced with the Ostpreußen variant of 12.7 cm SK C/34 naval guns, fully encased in a steel turret to protected from small arms fire. The refit also saw the addition of two small turrets fitting with the Czech ZB-60 15mm HMG as a heavy defensive weapon against fast patrol boats, and four M36 FN-Browning MGs for light defensive weapons against exposed enemy crew and soldiers.
Lastly, the engine was replaced from a coal-burning to a more powerful oil-burning, increasing top speed to 15 knots.

Note from Staffel
A quick little boat I came up with mostly over the period of a night and a few hours of detailing. Add into some epic help from KerlonceauxIndustries for a few tips here and there as well as the "NIDA" lettering shown boldly pn the hull.
Hopefully now peeps should see the other stuff I teased, and at this rate the Rastus 2 but without the turret cause I'm kinda giving up on the FT turret idea
Eitherway, hope everyone enjoys this cute lil bote, and gotta thank NumbersNumbersTheMan for that forum with the bote and again Kerlonceauxindustries for the letters! 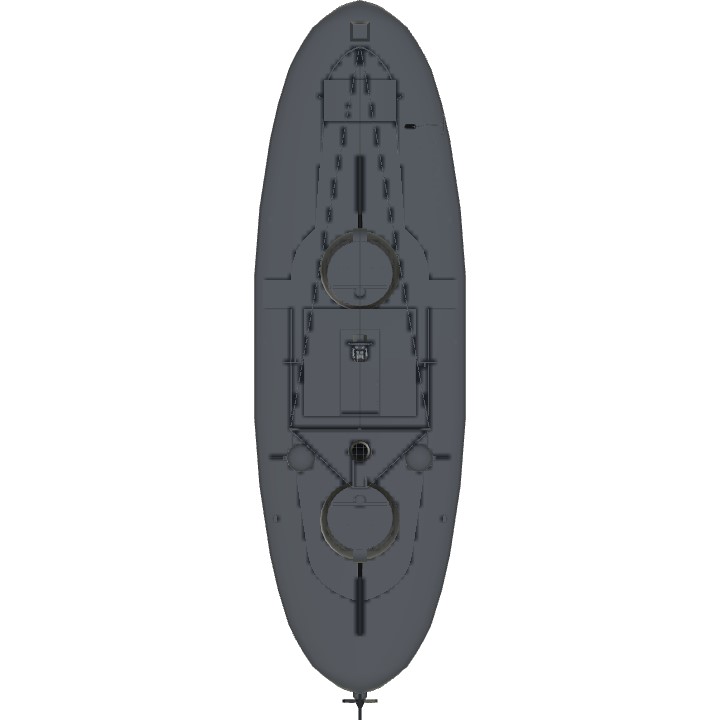 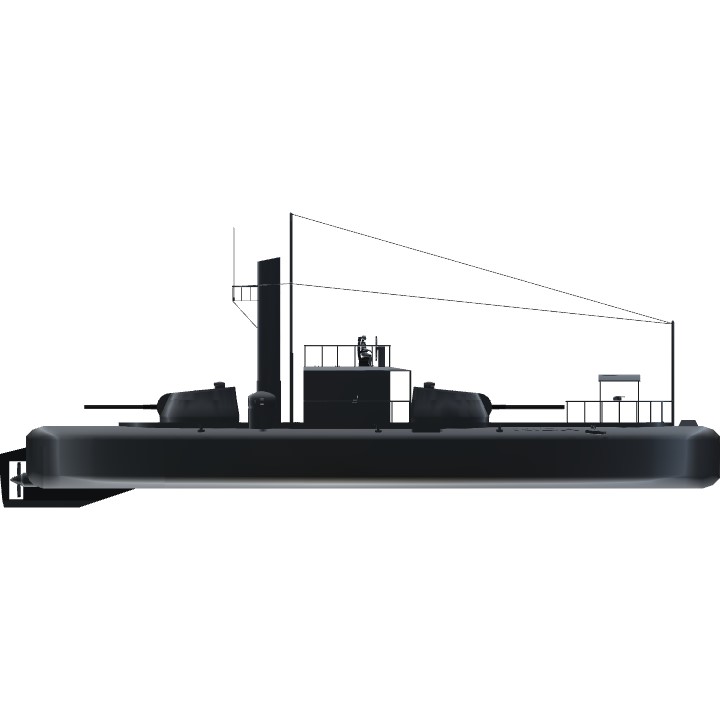 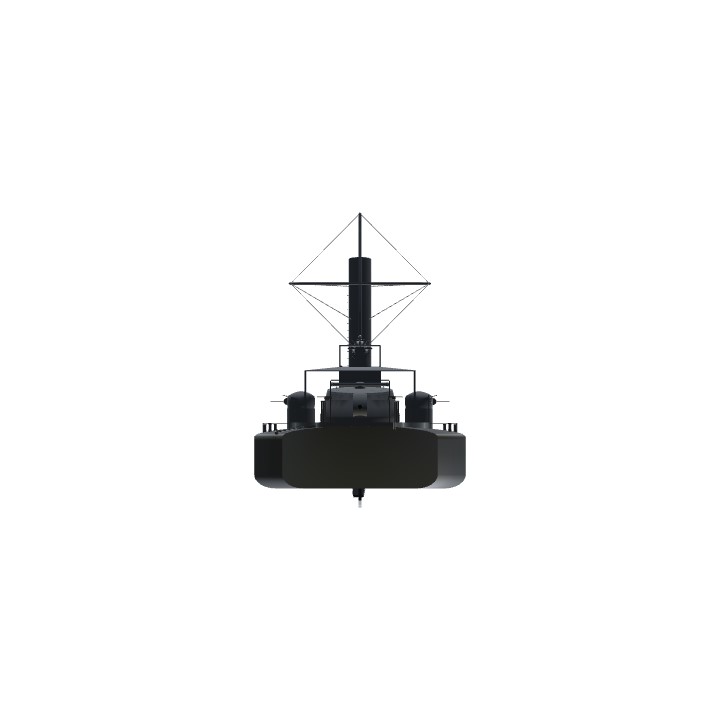