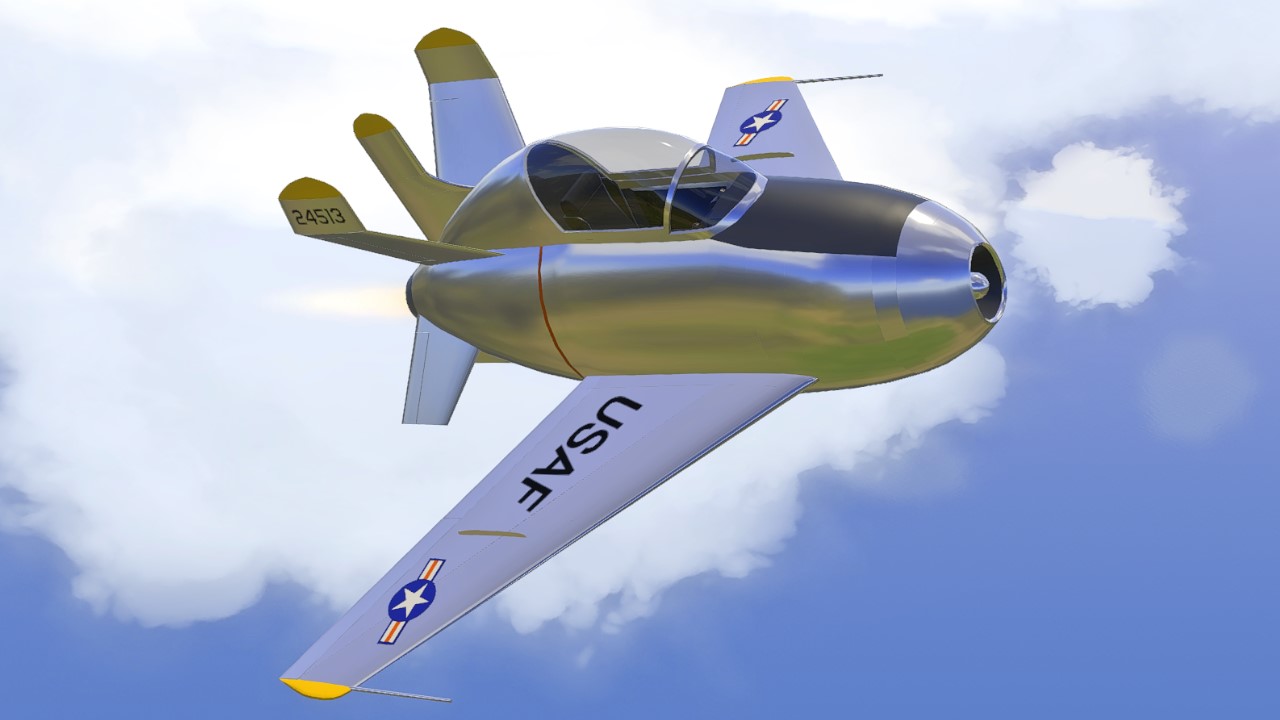 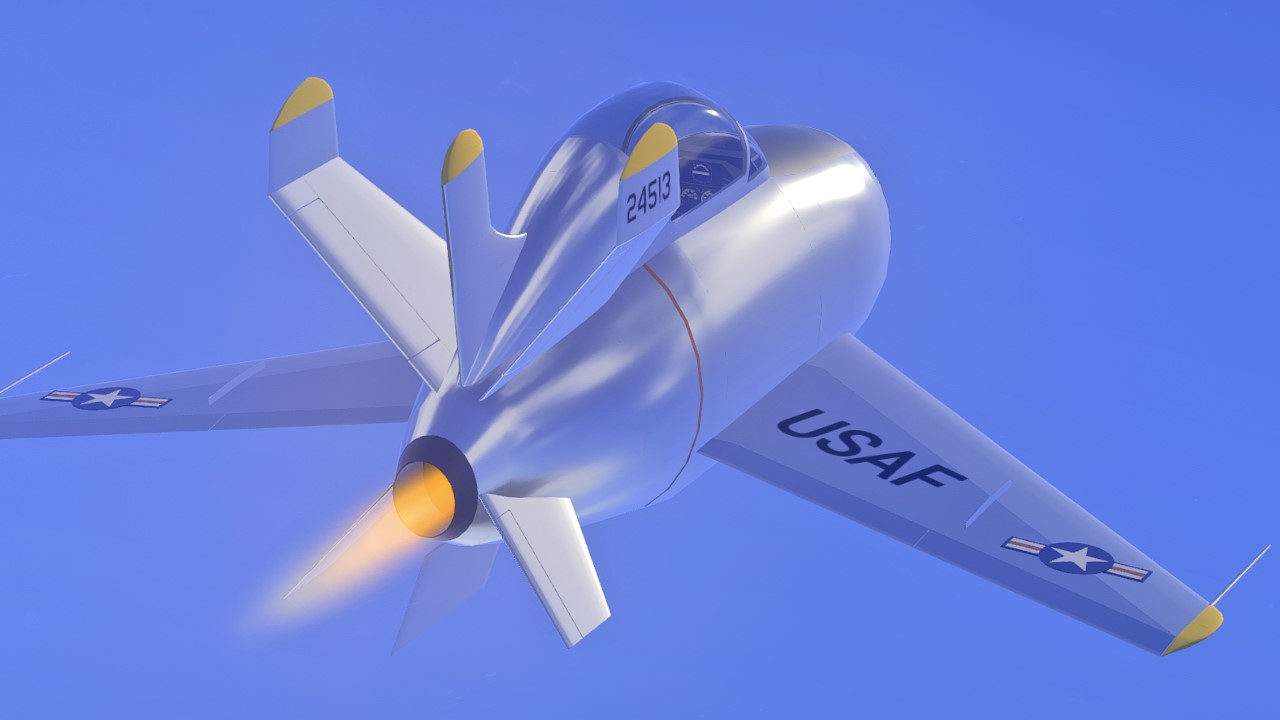 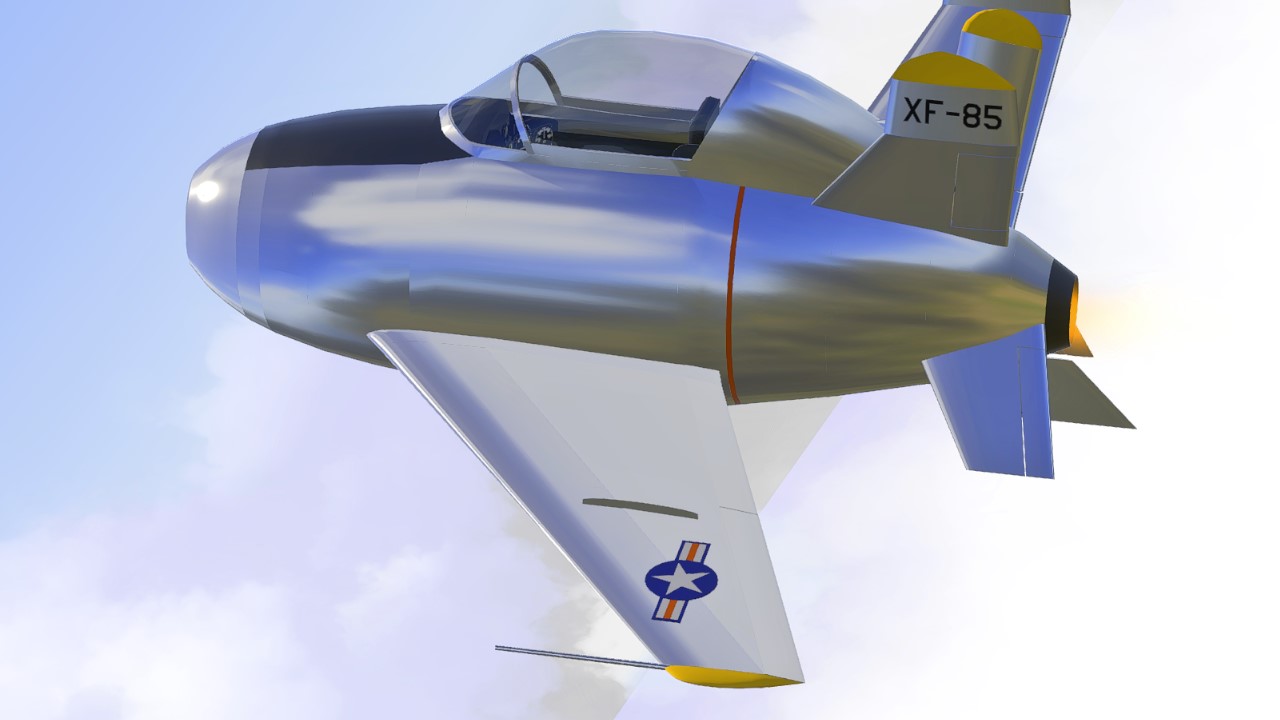 During the Cold War, the U.S. Air Force was troubled by the fact that there were no fighter planes that could escort bombers over long distances. They decided to create a parasitic fighter to solve this problem.

The McDonnell XF-85 Goblin was to be mounted on a B-36 for combat; the XF-85 would launch from the B-36 and intercept enemy.
Once the mission was completed, the XF-85 was to be retracted back into the B-36. Therefore, this minimalist fighter did not have the necessary functions for landing.

In the end, the XF-85 proved to be very unwieldy in tests and was deemed unsuitable as a fighter for this mission.

GUN=Nothing (Because it's a prototype.)

This work has been rebuilt based on WIZARD2017's work.
(Original Egg link)

The Tow Tractor was developed by LeonardoEngineering.
(Tow Tractor link) 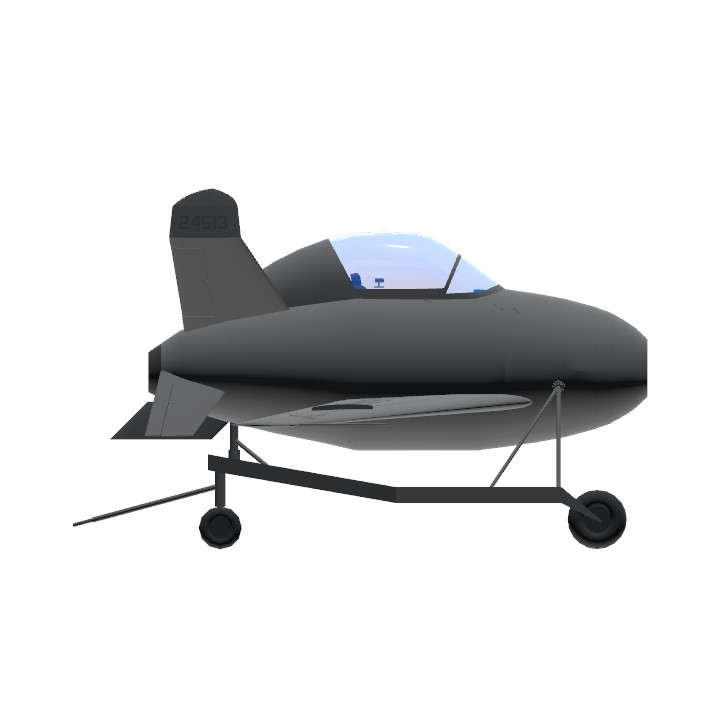 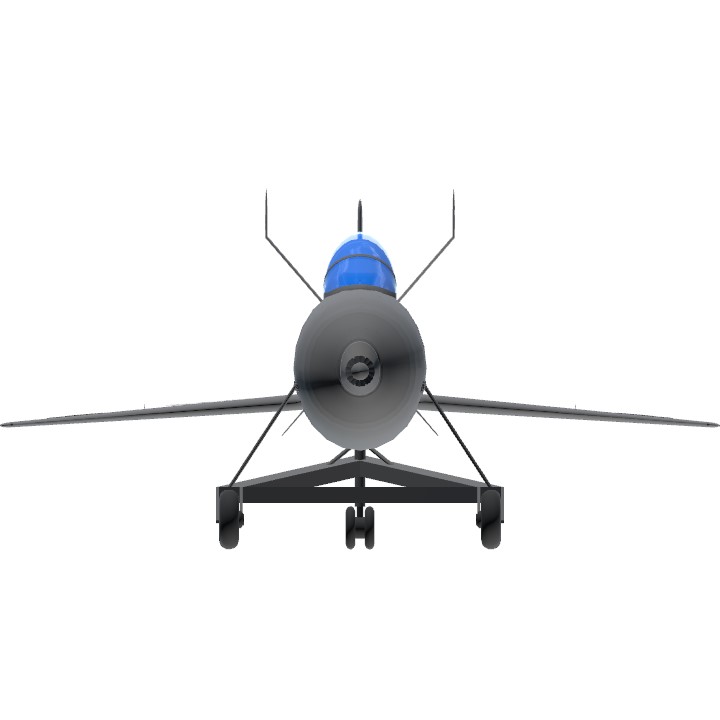