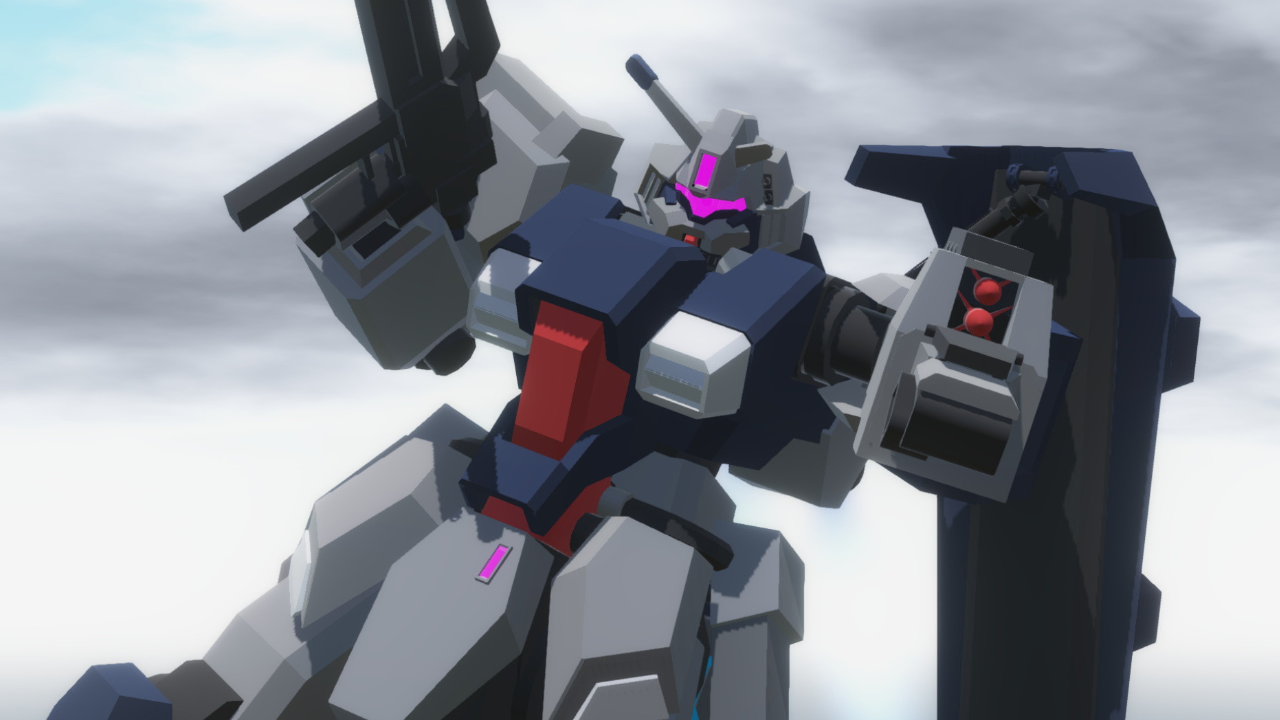 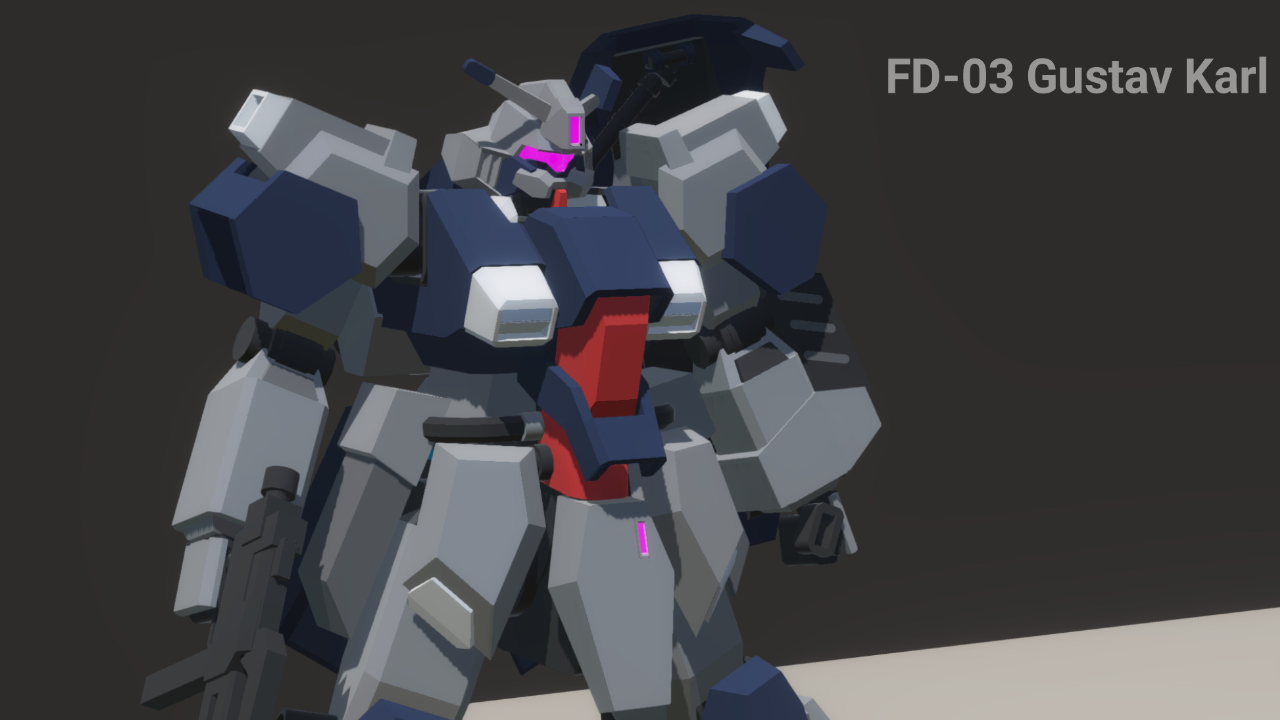 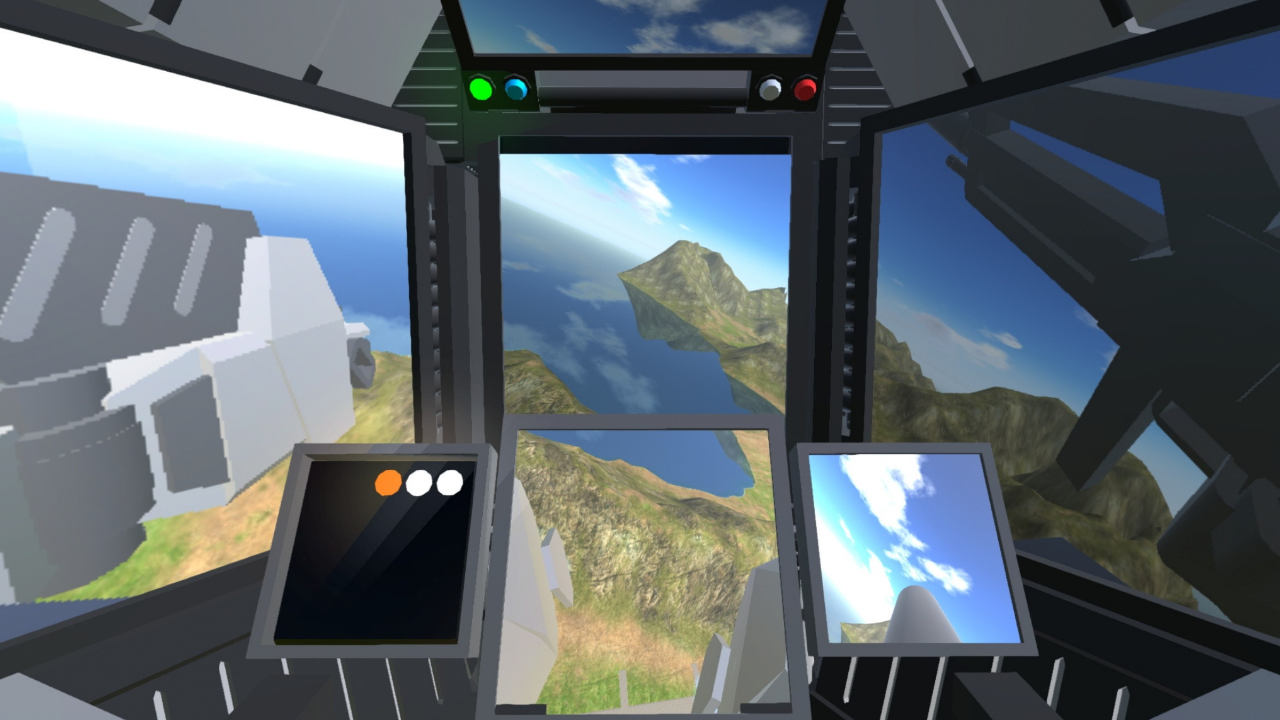 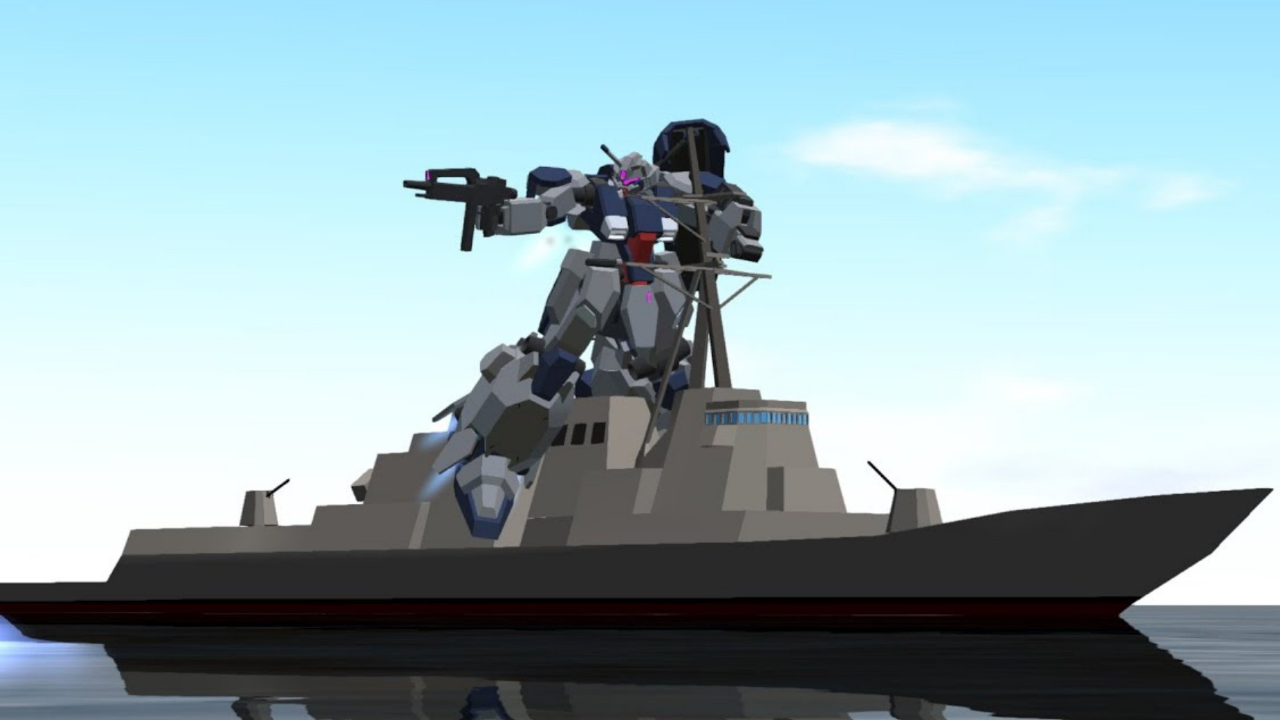 A direct successor to the RGM series, the Gustav Karl was being developed as a next generation, mass production general-purpose mobile suit for the Earth Federation Forces. It was developed in a different system from the RGM-89 Jegan's, and was intended mainly for operations under gravity. The Gustav Karl was designed to be a larger, more heavily armored mobile suit without hindering its versatility. To compensate for the increased weight, it was installed with a high-output generator, and a large number of thrusters and posture control verniers were placed throughout its body to maintain its mobility and maneuverability.

The Gustav Karl's greatest feature was its shoulder-mounted flexible shield. It can be deployed to the front when in use, and swiveled to the back when not used, so it does not interfere with the thrusters or the 2-tube grenade launcher mounted on the left forearm. Its other armaments included head-mounted vulcan guns, a pair of beam sabers and the same beam rifle as the Jegan. Its communications antenna on the head featured a unique asymmetrical design. The early deployment units seen in U.C. 0096 were known as Type-13, and by U.C. 0105, a more advanced model, the Type-00, was in use. Lightly armored Gustav Karl unit is also said to exist. 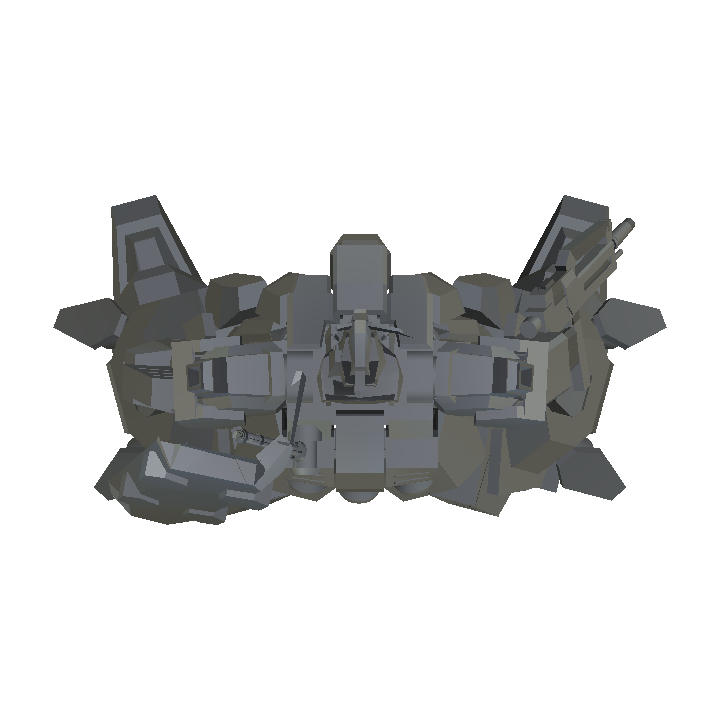 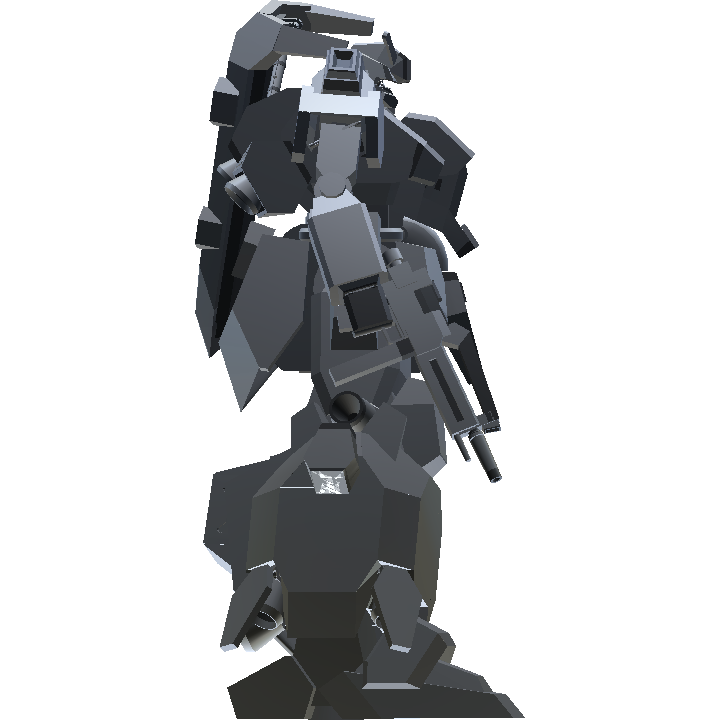 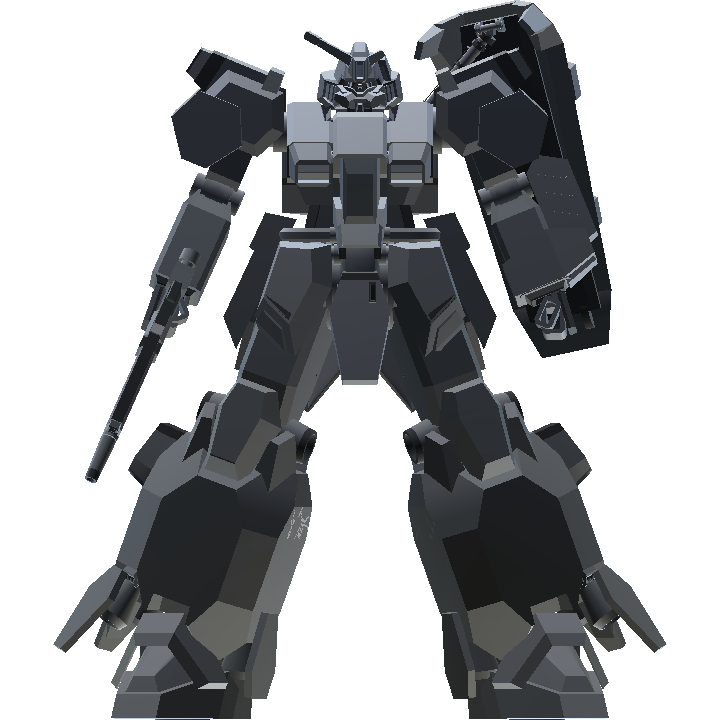