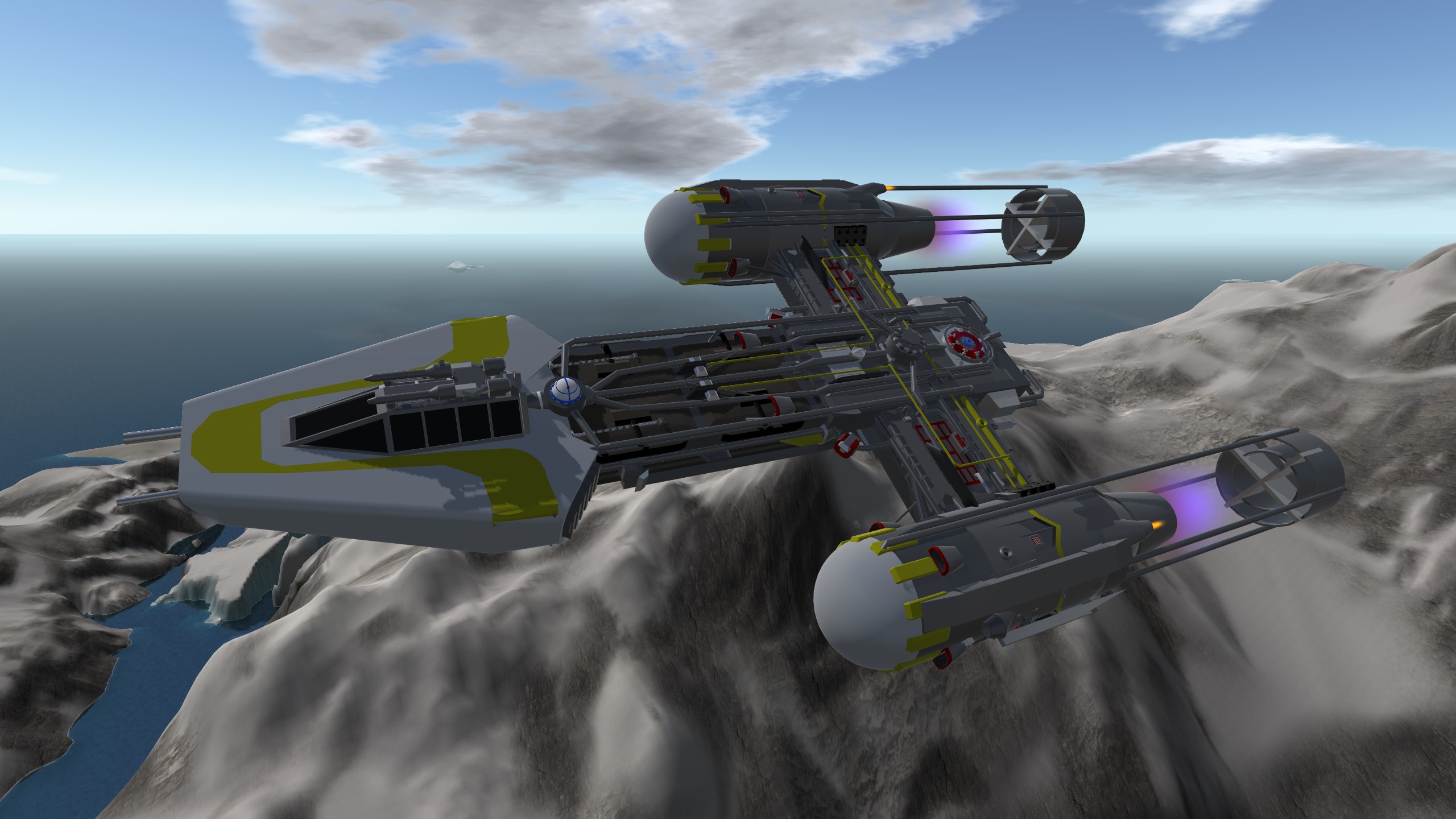 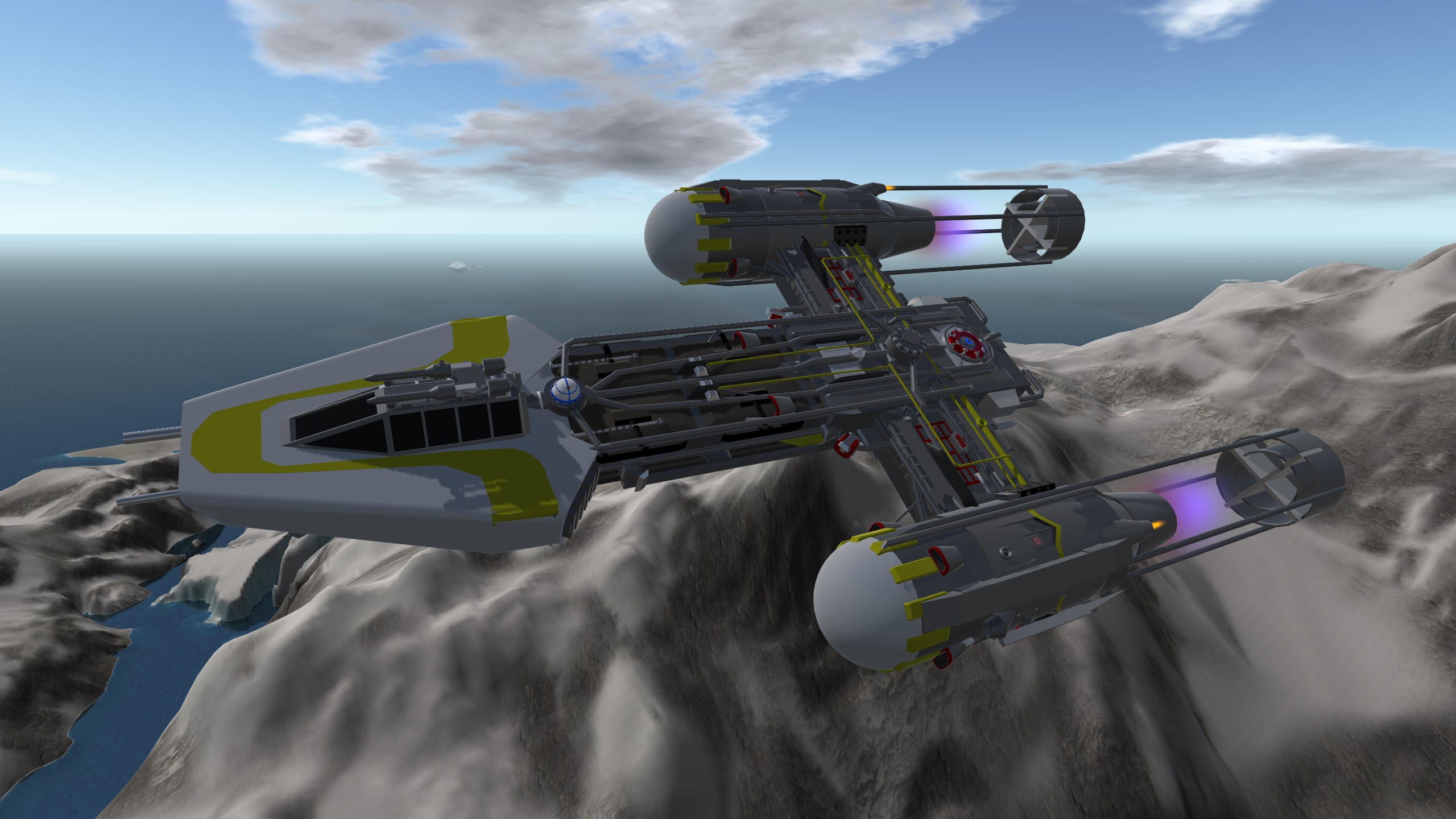 This is my BTL-A4 Y-Wing

The Koensayr BTL-A4 Y-wing starfighter was crewed by a single pilot. The 16-meter-long attack starfighter had an ArMek SW-4 ion cannon turret which was preset to one of four arcs and was typically locked forward, although some pilots chose to lock it facing aft for extra cover. Easily modifiable, the variant boasted much greater endurance (as much as three times greater) over its earlier predecessor, but was penalized with less powerful deflector shields and loss of accuracy in the ion cannons. The loss of shield power provided a boost in engine power, but the combination proved insufficient and the Y-wing variant developed a poor reputation among its pilots, and the starfighter was said to move like a "sleepy Hutt." Although slow for ship-to-ship combat, it was still capable of engaging other craft, and the Y-wing was excellent when used for planetary bombing runs.

The wedge-shaped cockpit and Guidenhauser ejection system was placed on the front of the craft, with the central spar containing the Novaldex power generator extending behind it. Thiodyne 03-R cryogenic power cells and ionization reactor supplemented the Novaldex generator. Two 2 Koensayr R200 ion jet engines, rated at 250 KTU and capable of 100 MGLT were attached to either side of the spar. The engines had exhaust nacelles and support pylons, and the Fabritech ANx-y long-range sensor array with PA-9r long range phased tachyon detection array and PG-7u short range primary threat analysis grid were placed in protective composite domes on the front of the nacelles.[3] The craft also had a Fabritech ANc 2.7 tracking computer with SI 5g7 "Quickscan" vector imaging system, and a Subpro NH-7 flight control avionics package.[4] Y-wings also carried supplies for one week in 110 kilograms of weight. The R300-H Class 1 hyperdrive was at the rear of the spar. The Chempat shield generator was also located on the spar. Three repulsorlift engines aided in maneuvering. The weapons were located in the cockpit: two Taim & Bak IX4 or KX5 laser cannons along with two Arakyd Industries Flex Tube proton torpedo launchers each with a magazine of four torpedoes. The Y-wing could also carry 20 proton bombs The factory-fresh starfighters featured armor-plating around the central spar and the engines. Technicians eventually kept the panels removed to facilitate repairs. Squadron markings were placed on the cockpit and the forward tips of the engine nacelles. 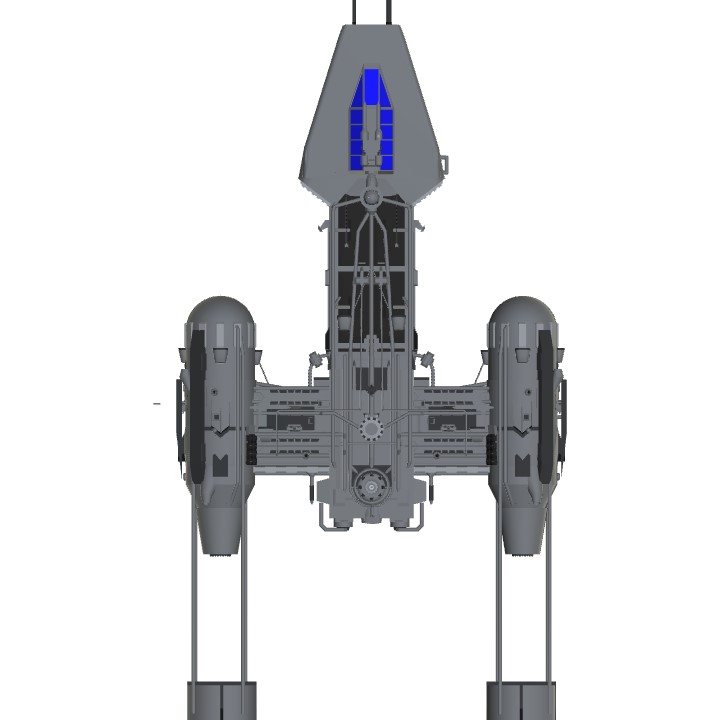 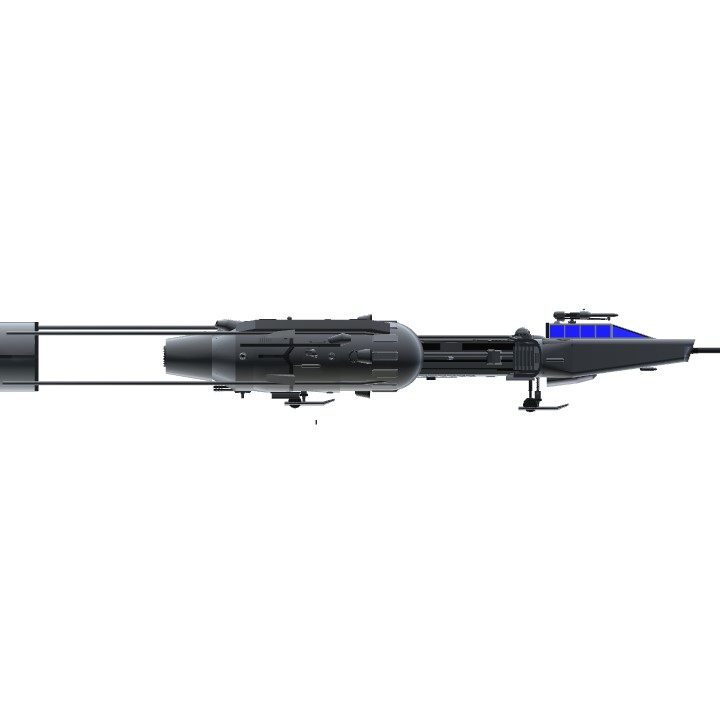 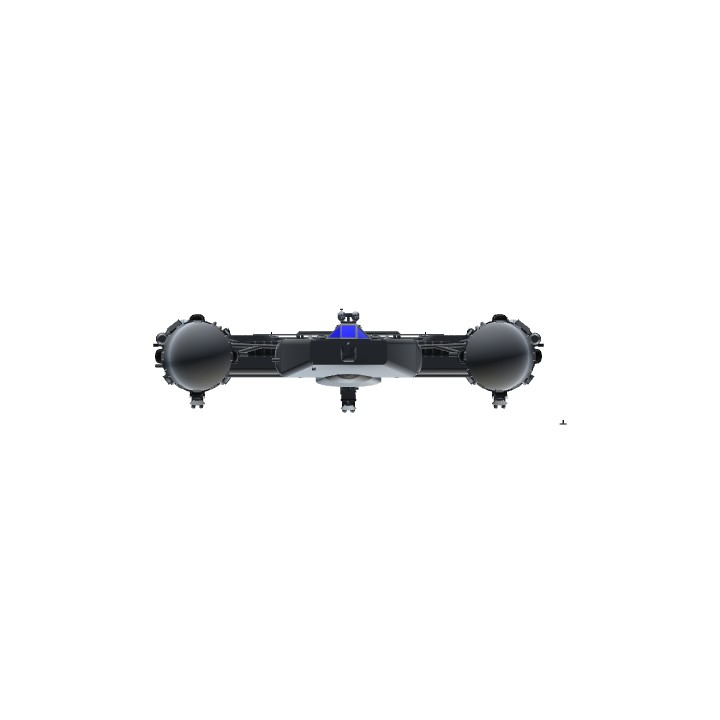