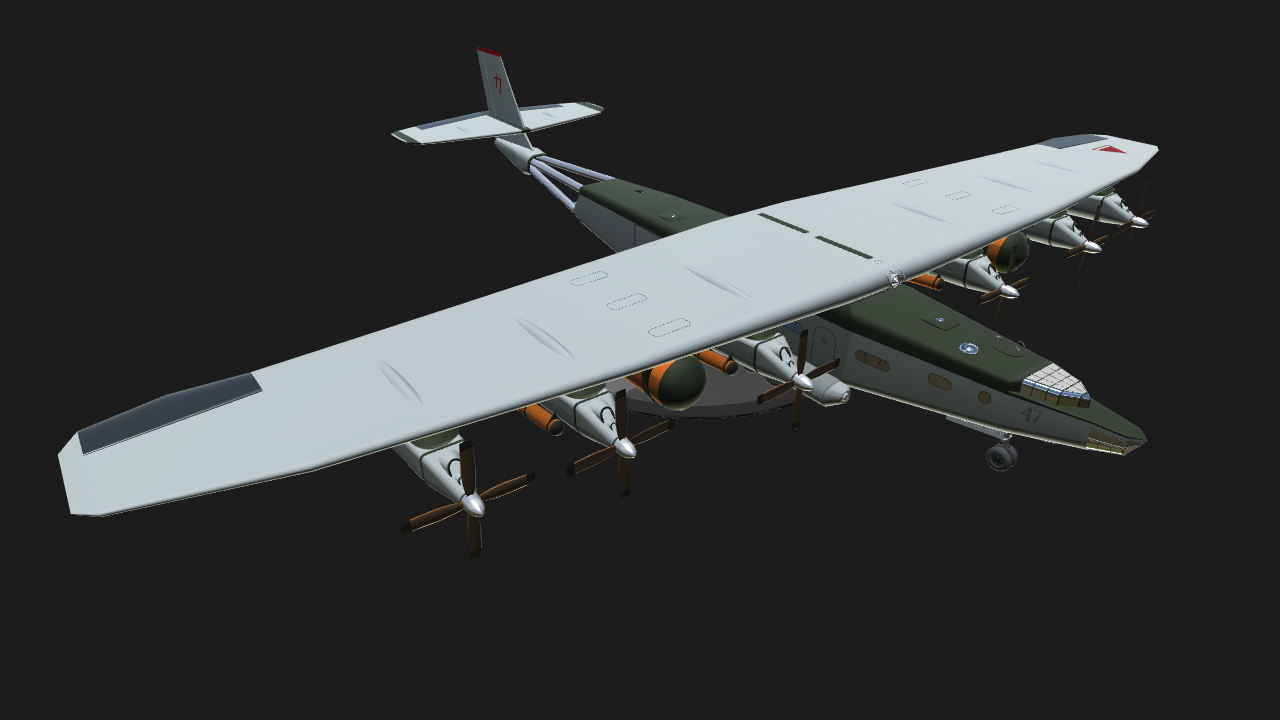 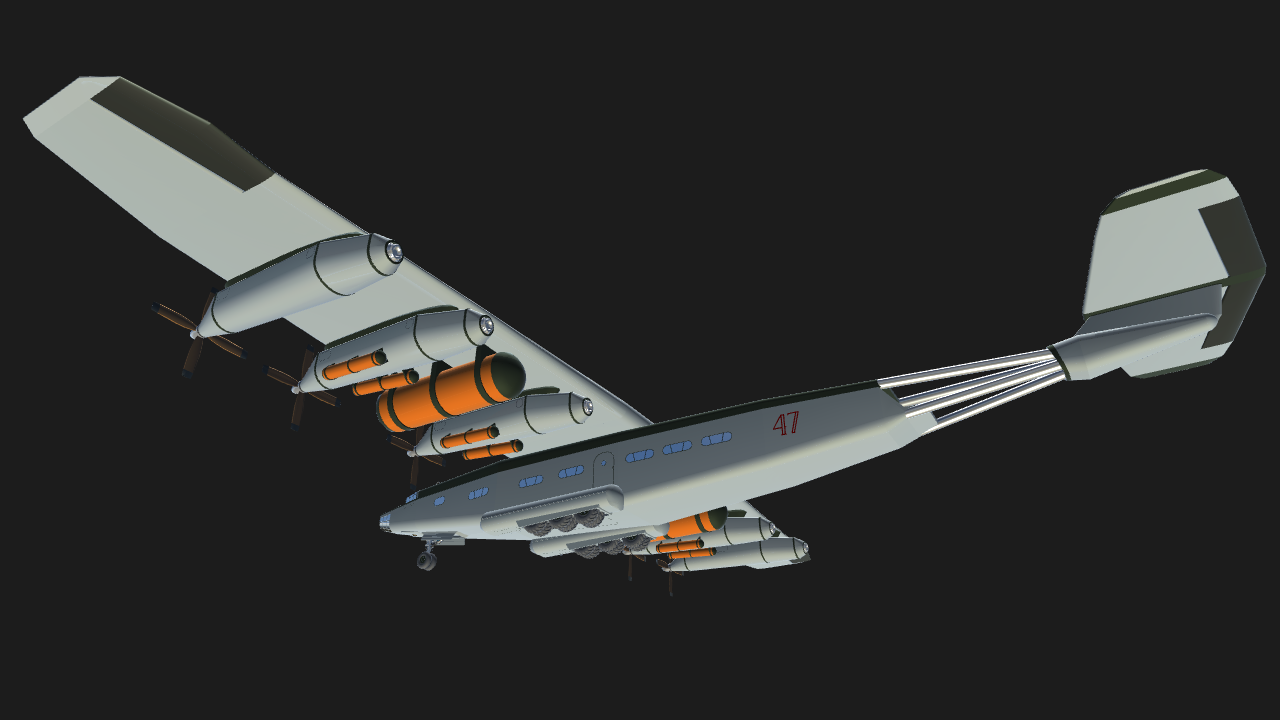 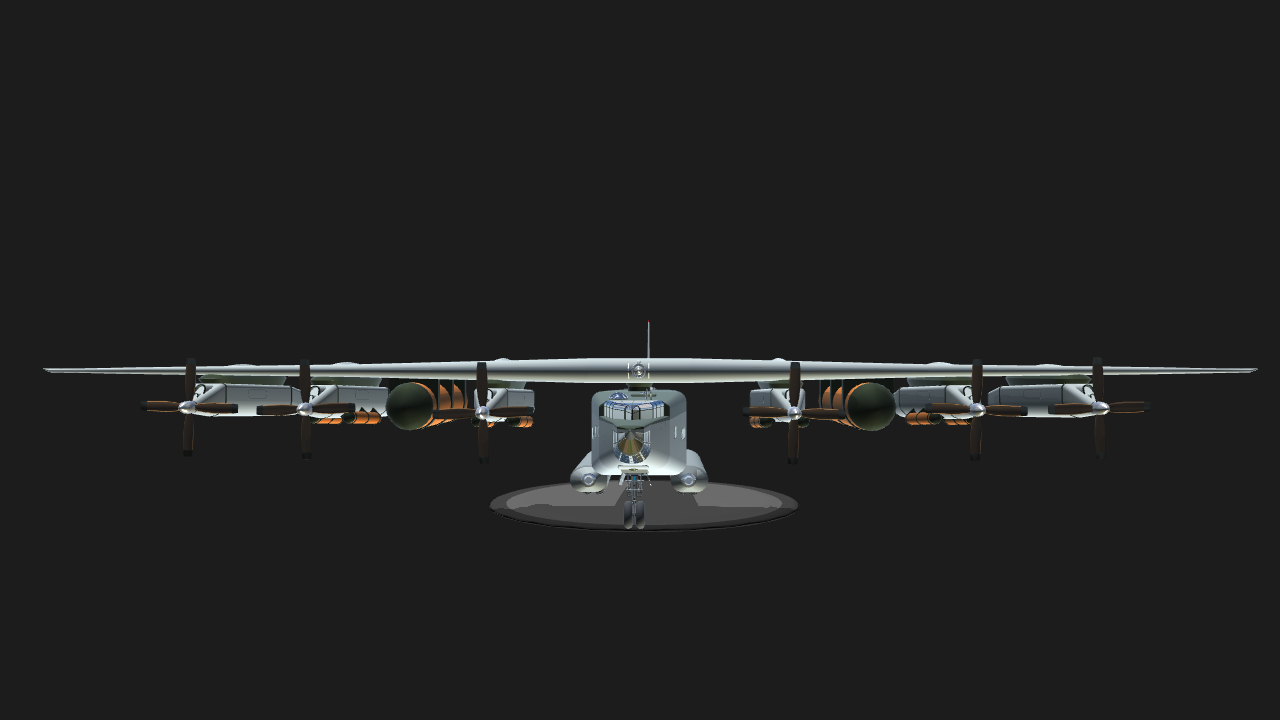 Apply full Throttle; when speed reaches 140mph, pull up gently. Once airborne and undercarriage raised, maintain full Throttle for gentle climb or throttle back and apply Trim as required.

Note that Pitch authority is strong for landing; use gentle inputs in normal flight.

Use 15% Throttle for final descent and flare. On touchdown, Throttle off and Brake gently

AG2 on; use Pitch (pull up) for reverse thrust, use Yaw to steer. AG2 off before take-off.

Originally a 4 engined craft, 2 more engines were salvaged and fitted by Salvage Squad 13, along with large wing-mounted tanks. This extra power and fuel now enables the craft to fly long distances with a full load.

Ugly gets the job done! It’s a Freighter, not a Fighter.

I threw lots of weight into this one for a heavy feel and kept the undercarriage setup simple so I wouldn’t need to battle with weak/glitchy/exploding rotators, pistons and shocks. 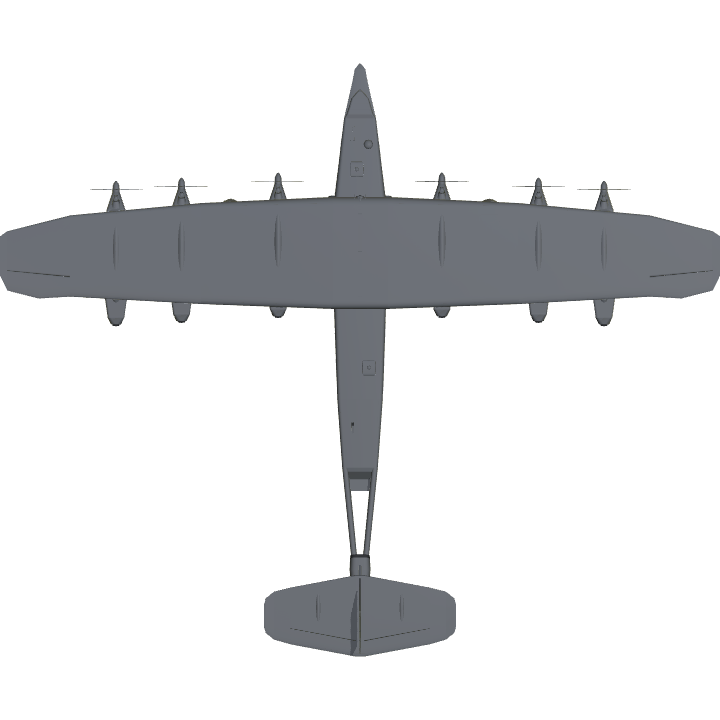 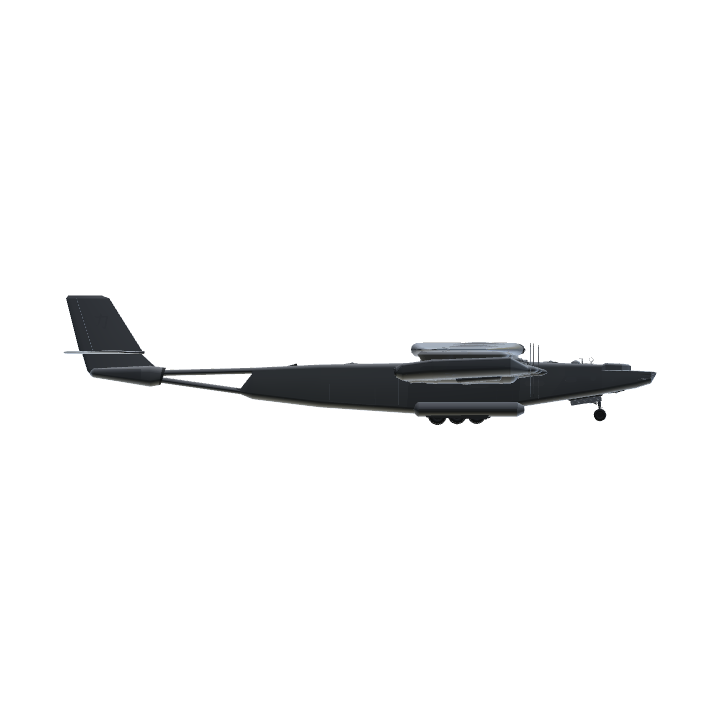 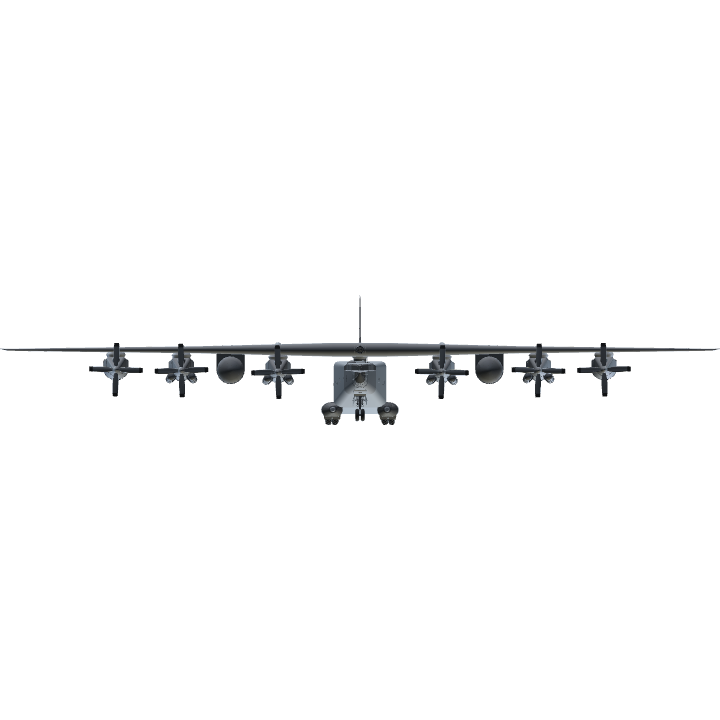