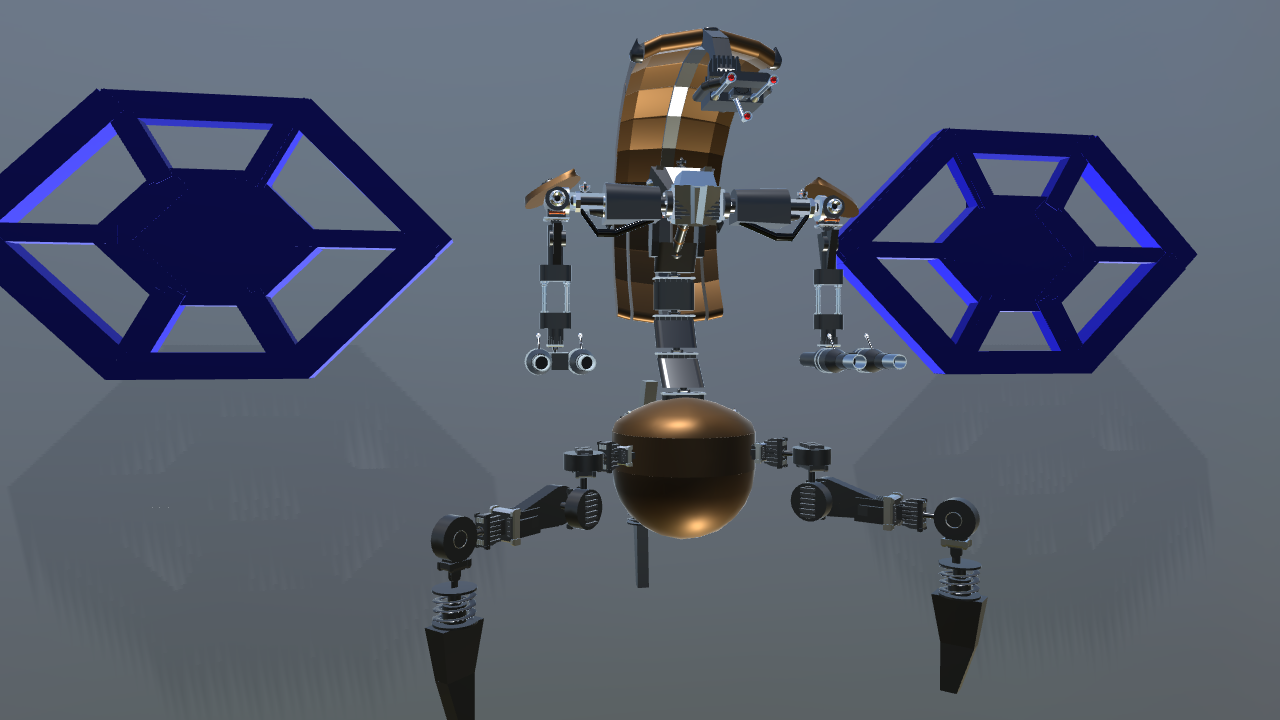 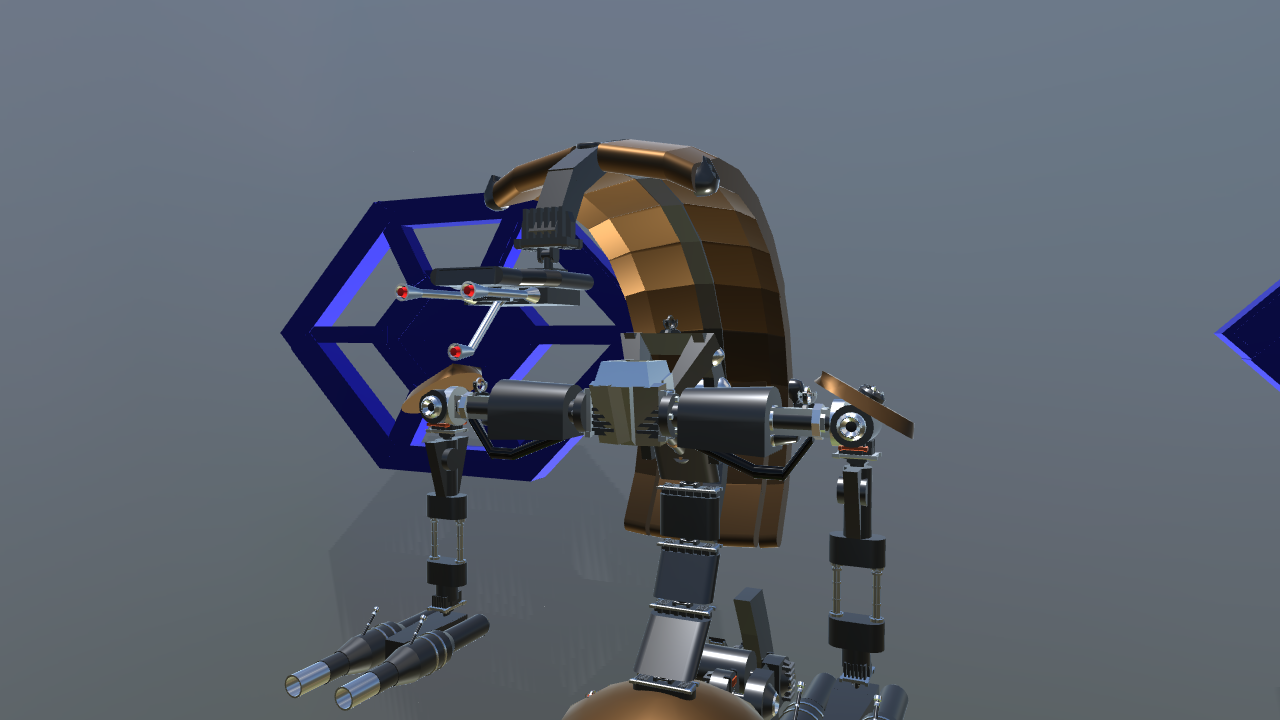 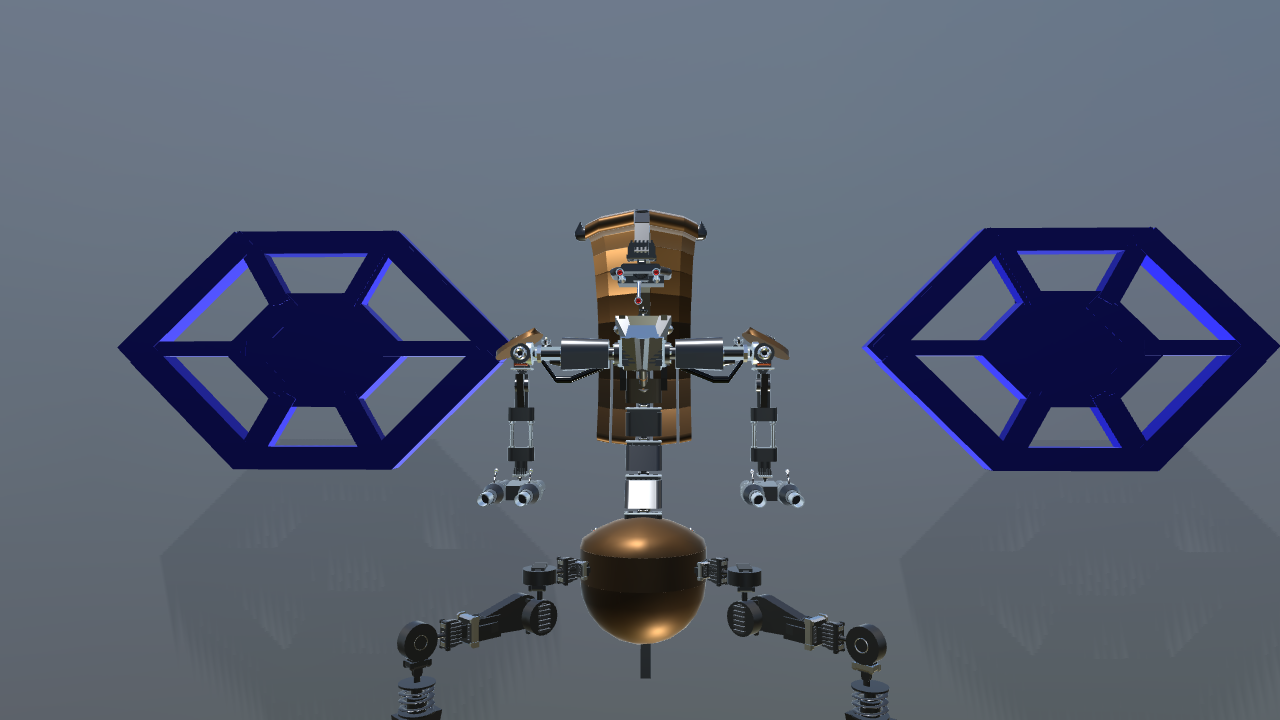 Droidekas, also known as destroyer droids (destroyers for short) , were a type of droid used by the Trade Federation during the Invasion of Naboo and, later, by the Confederacy of Independent Systems during the Clone Wars. Droidekas were dangerous and deadly, designed to exterminate their adversaries with extreme prejudice. They could transform their shape by curling into a ball and moving up to 75 kilometers per hour[2] across a surface, or stand on three legs and utilize a shield generator while firing at a target.

This build is a mix between a tripedal walker, transformer and weapons platform. It took me almost a week to make due to the complexity of making it be compact enoughto roll and be able to walk. 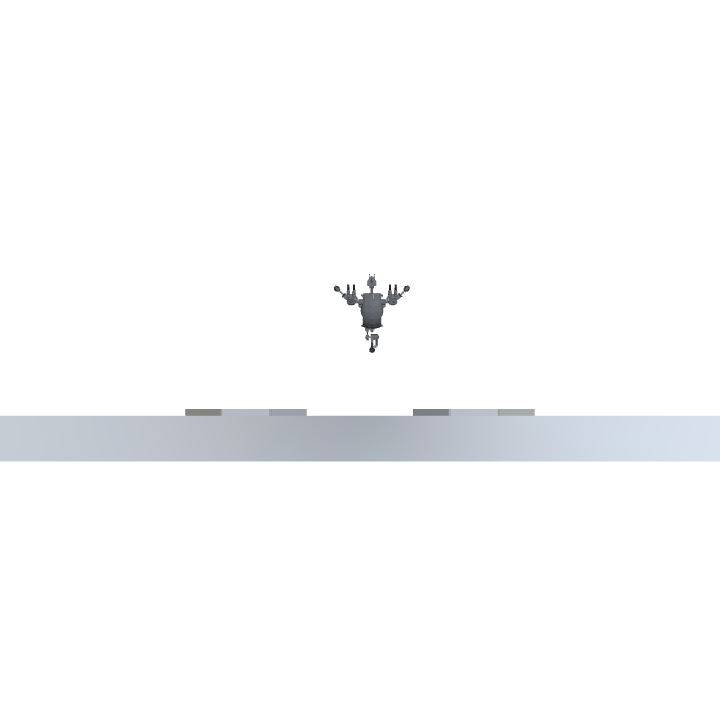 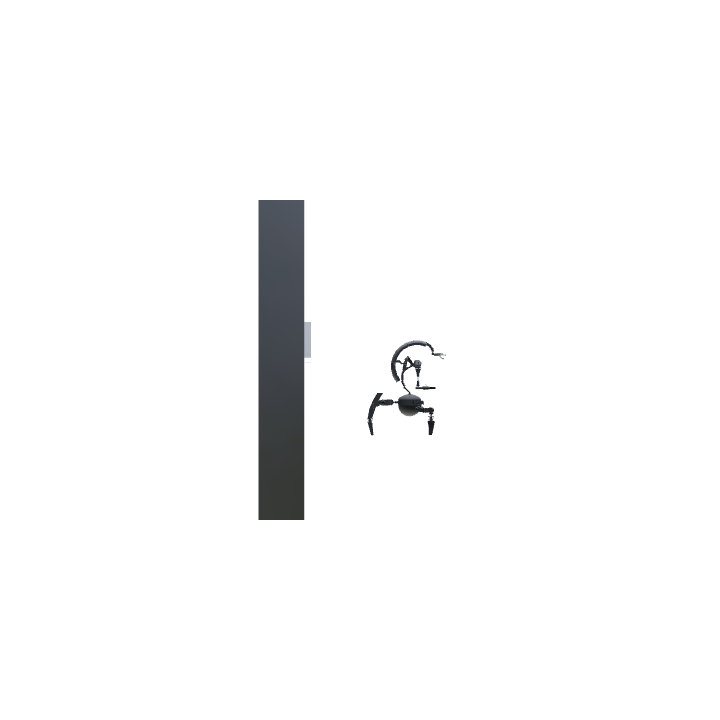 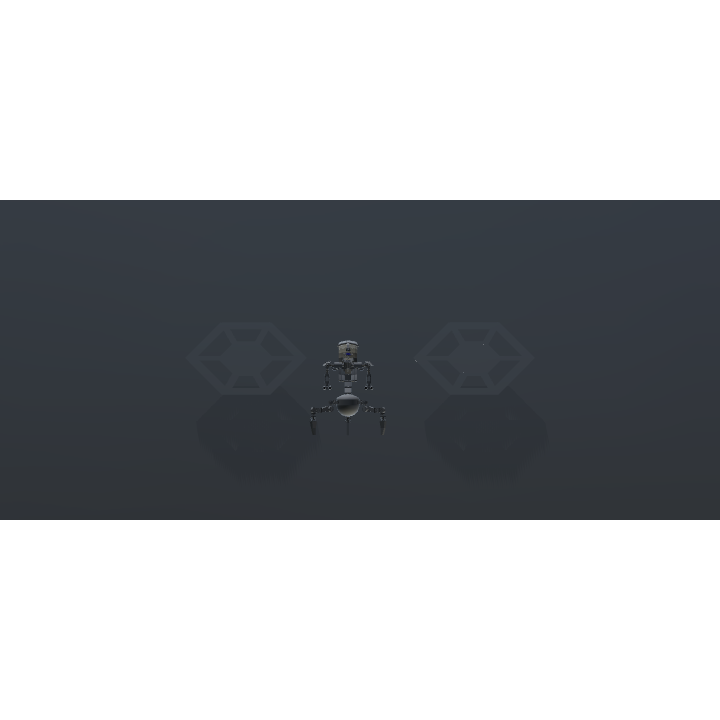