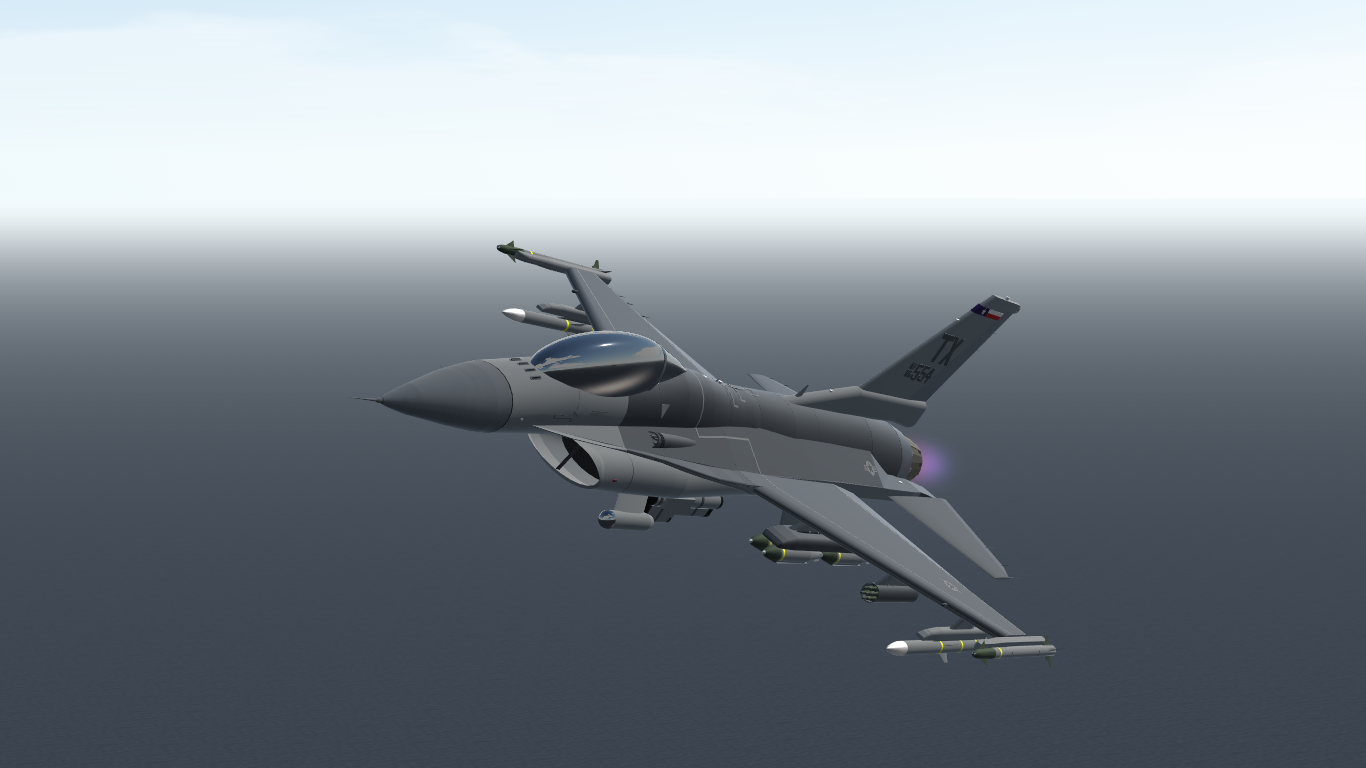 The General Dynamics F-16 Fighting Falcon is a single-engine supersonic multirole fighter aircraft originally developed by General Dynamics for the United States Air Force (USAF). Designed as an air superiority day fighter, it evolved into a successful all-weather multirole aircraft.
The F-16 Has many different models and variants but the best one is arguably the F-16C Block 52.

-270+ Degree Field of View from Cockpit

-Freefall and Guided modes on the GBU-39s

-When launching the GBU-39s in the guided mode, they will only hit their target if there is a feasible target solution. That means don't launch them 5 miles away when you are 5 feet AGL. Since the missiles have little thrust, it will only keep the speed up of the bomb and guide it (It's not magic). Use advanced targeting to get it the trajectory reasonable and it will glide right into the target.
-I know AG2 doesn't really do much but I wanted some flap modes
-Glides a little right on takeoff (Not bad though)
-APKWS has only a ground mode (Sorry)
-GBU-39 shrapnel flies EVERYWHERE so stay well above the target zone
-AIM weapons have a realistic hit prob. so it won't hit every time

Big Thanks to @ChiChiWerx for testing and feedback along with @Sled Driver a bit and everyone else who may have helped and I forgot lol. 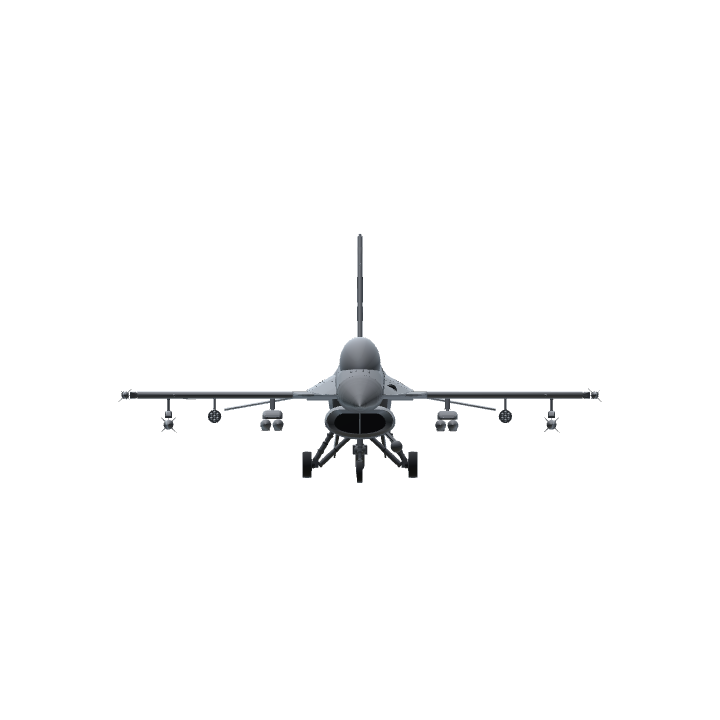