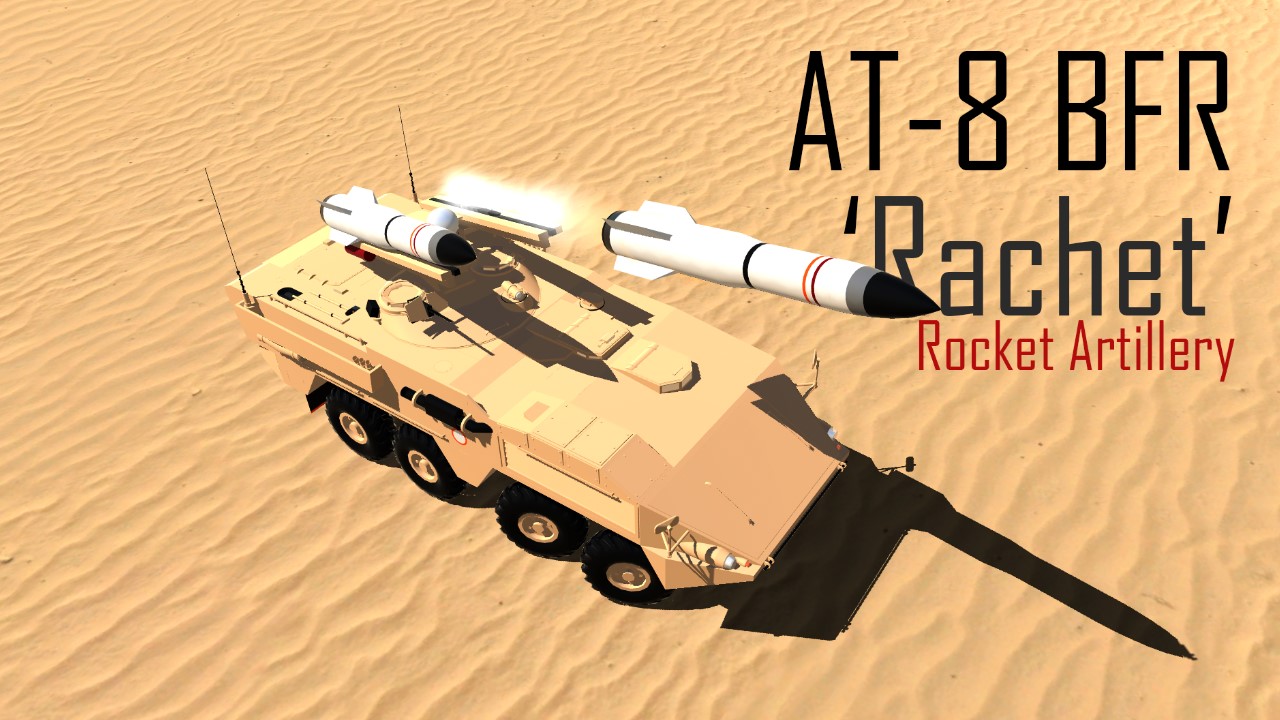 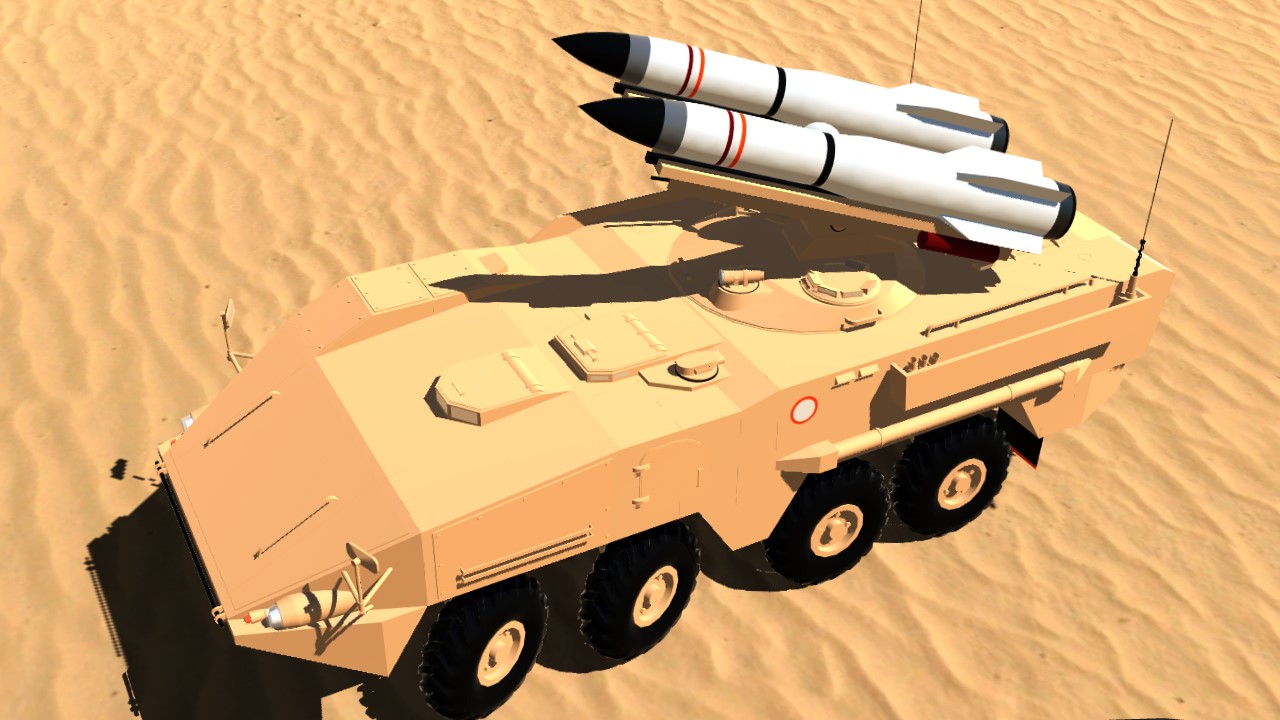 Description:
During the second battle for Maywar, the Eastern Federation was losing the air war. Without air superiority, slower CAS aircraft were useless. This challenged the Eastern Federation to come up with a mobile artillery system capable of destroying fortified targets in only a single hit. The AT-8 BFR ‘Rachet’ was their answer.

Features:
Because the BFR 'Rachet' is built on the AT-8 platform, her features are virtually the same as other AT-8 variations. This means that the ‘Rachet’ has 900hp which powers all eight wheels, fully independent suspension, and plenty of armour for good survivability.

What makes the ‘Rachet’ unique is the armament she carries; two big f*@!ing rockets. These rockets have a six second power stage, after which they fall back towards Earth and blast their target out of existence. 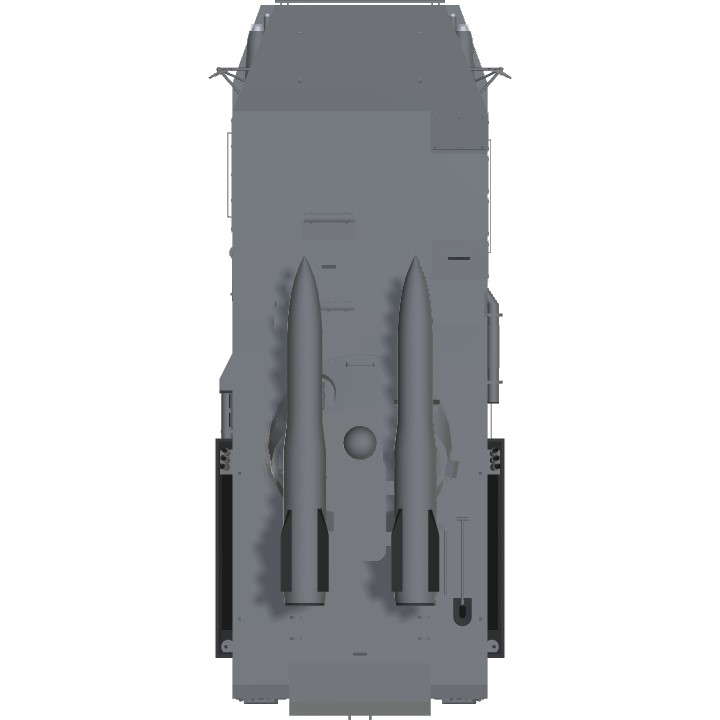 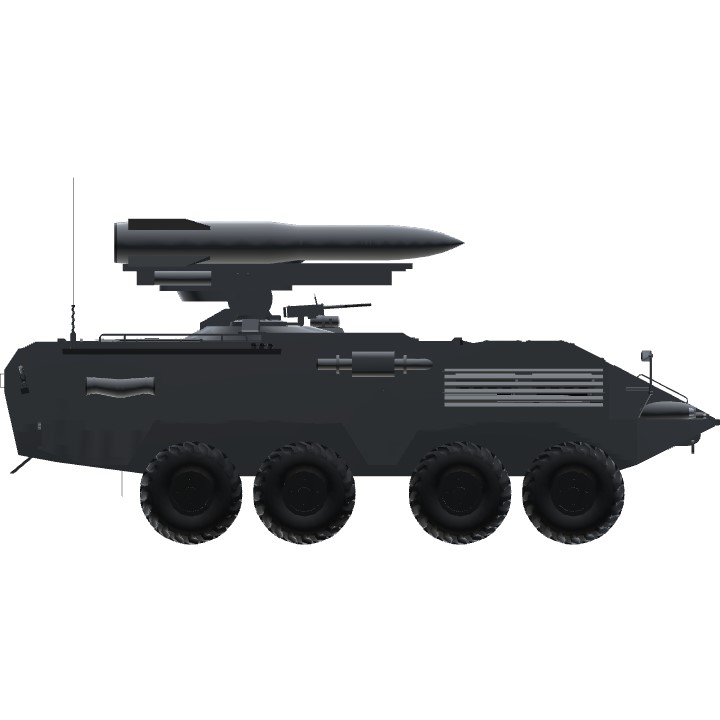 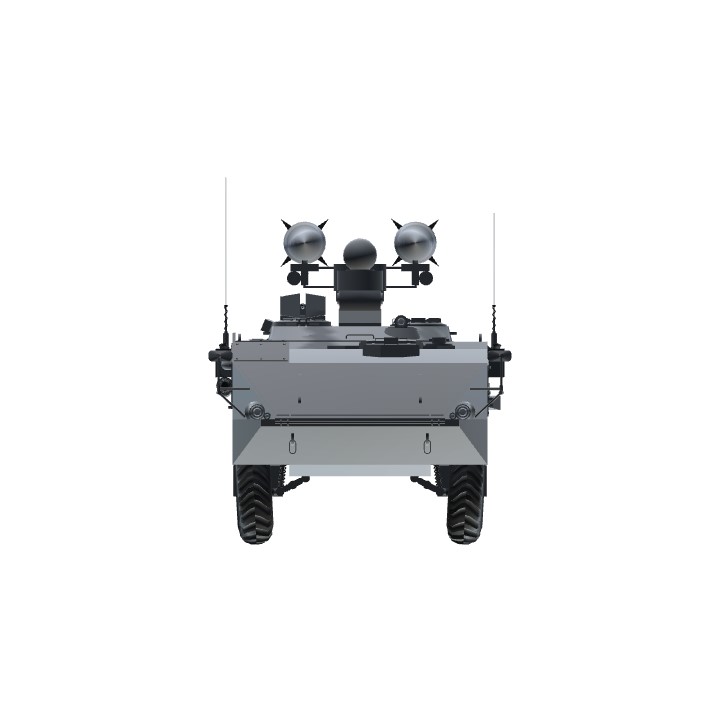