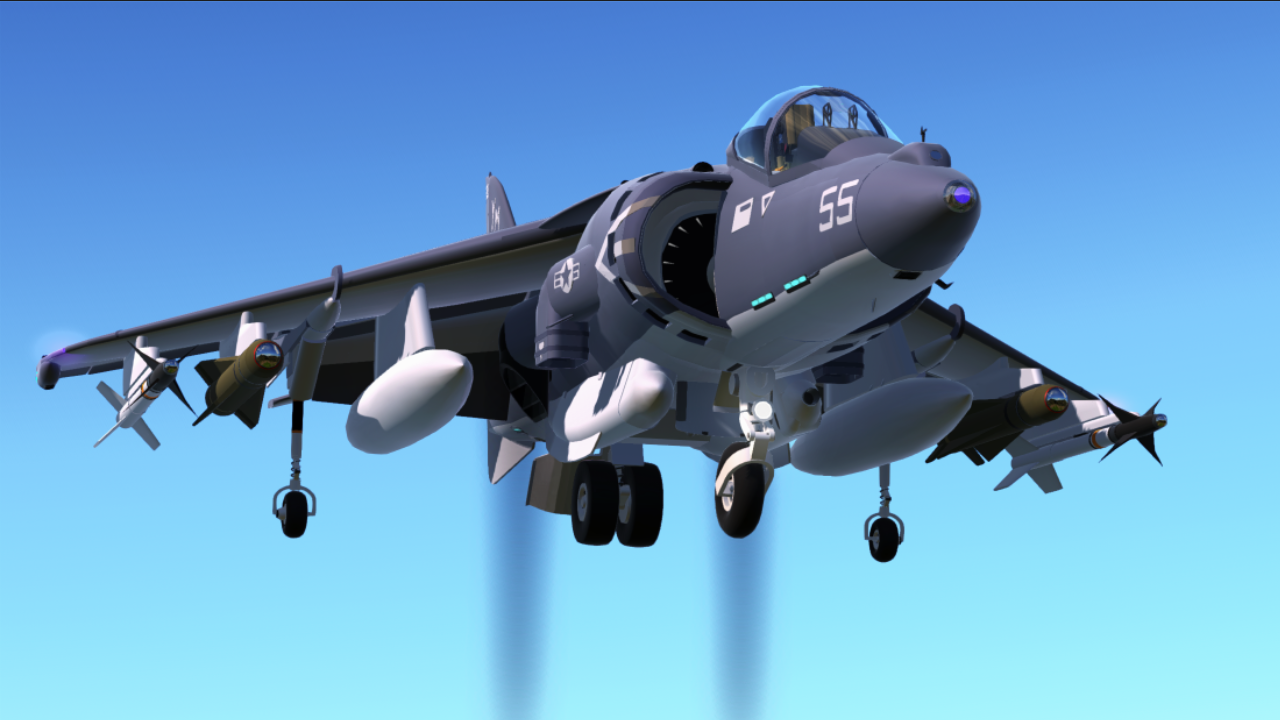 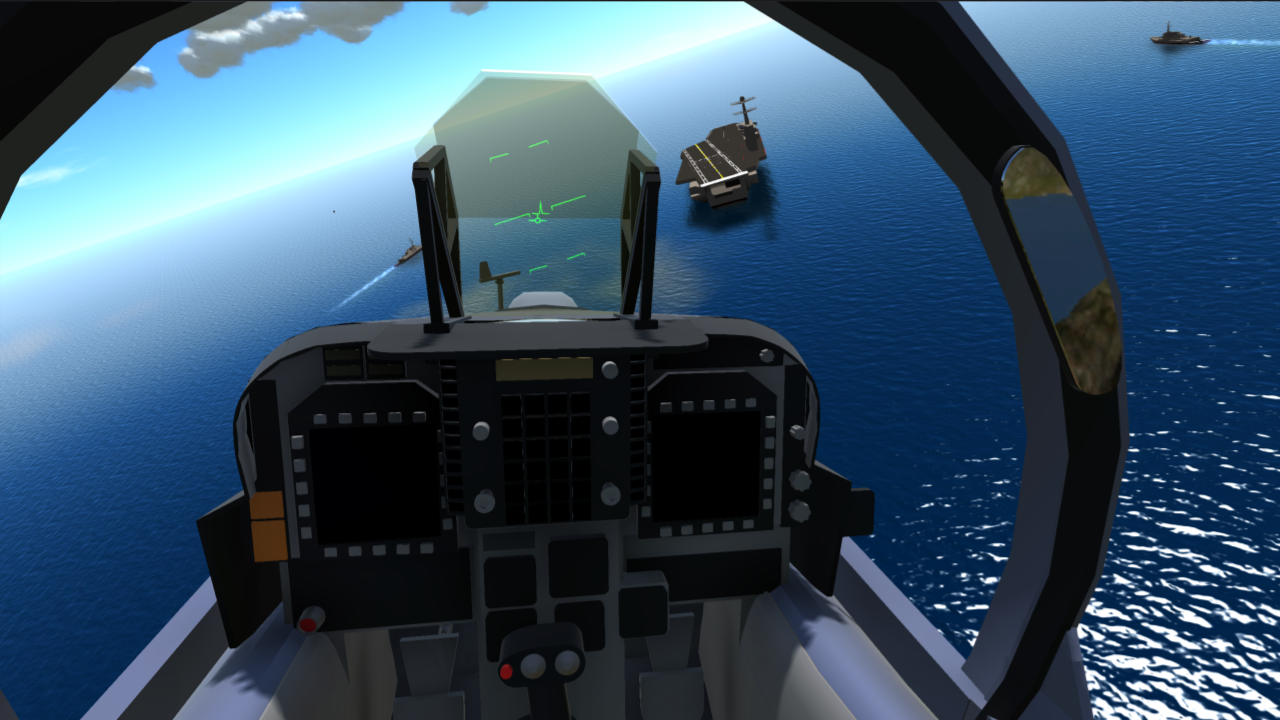 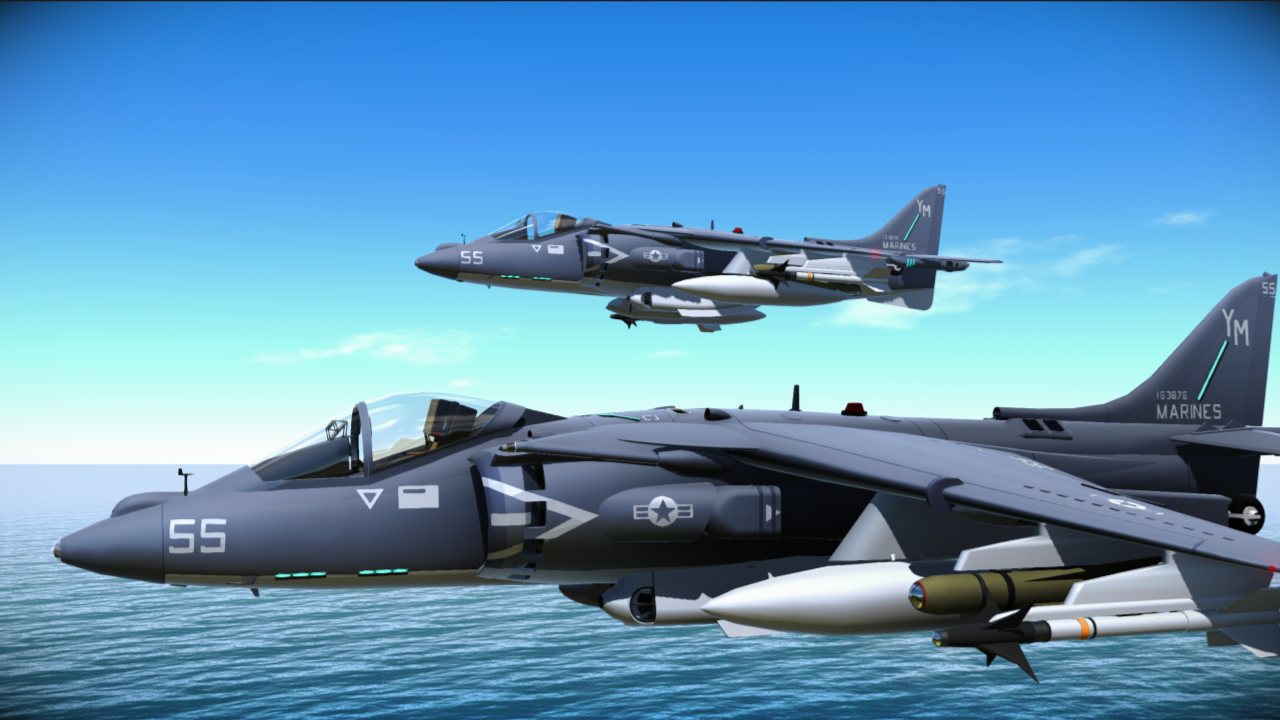 "The AV-8B Harrier is subsonic single engine aircraft capable of VTOL and STOL, it's primarily used by the USMC where its VTOL characteristics prove useful on carriers with small runways. It first entered service in 1985 and is expected to be phased out by 2026 where it's role will be taken over by the F-35B"

NOTE: I've had to scale up the amount of fuel the plane has to compensate for some extra engines, extra engines are used as decoration and for engine exhaust. These engines don't provide any thrust but because of how the game works, still drain fuel. To compensate I've scaled my fuel amount by 6.6x to 8164gallons which is comparable to 1237gallons if fuel drain wasn't messed up.

But goddamn, I first started working on this plane around 1.8 years ago. Since then I've mostly been busy with other things but have constantly been rebuilding and refined parts, really happy to finally have this thing finished!
This planes features:

The first generation Harriers that entered service in the 1960s-1970's were not without flaws, the Hawker Siddeley Harrier (designated AV-8A in the US) carried far less over a much more limited range than even smaller aircraft at its time, less than half that of the A-4 Skyhawk.
The point is there was a need for an substantially improved Harrier and in 1973 a joint effort began between the USA and UK. The new ambitious project titled AV-16 aimed to double the aircrafts payload and effective range, this advanced Harrier would serve as a replacement for the original RAF and USMC Harriers as well as the now aging A-4.
The UK eventually withdrew from the project in 1975 following budget constraints and the project was scrapped. Despite this the USMC still needed a substantially improved design, and so a Harrier II project helmed by contractor McDonnel Douglass began.

This new project, though less ambitious heavily redesigned the current AV-8A, the many changes including: an extra hardpoint on each wing, larger air intakes, the outer landing gear being shifted further from the wingtip, the cockpit and canopy were redesigned and raised for improved visibility and a new larger supercritical wing was installed.
The new wing was thicker, had a longer wingspan and reduced sweep, but despite this was lighter than the previous wings thanks to it's use of composite materials. The AV-8B was the first combat aircraft to make extensive use of composites to drastically lower it's weight, they are used throughout the aircraft and are used for 26% of it's airframe.
Lift improvement devices were also added to it's underside, such as the new GAU-12 gunpod which was intentionally split into two pods, one carrying the gun, the other 300rounds of ammunition. The reason for the shape is to capture reflected engine exhaust when in hover which can provide up to 544kg's of extra lift.
Overall the AV-8B program was successful, the new plane was much easier to fly thanks to a revised control scheme and featured increased payload and range, more than double that of it's predecessor.

Later on most of the original AV-8B's were upgraded to either night attack or harrier II plus variants with the rest being pulled from service.
The badass night attack variant (featured here) differed by having a forward mounted infrared camera added to the top of its nose cone, updated cockpit equipment, an improved engine and having the ram intake(intake in front of vertical stabilizer) lengthened.
Meanwhile the Harrier II plus differed by looking like a deranged goblin thanks to it's new extended nose with radar.

Activates VTOL mode, this makes VTOL takeoffs and landings easier with a weak gyroscope. Slats are deployed and the fence in front of gun pod folds down.(IRL would help trap air for more lift) Going faster than 150kn/280kph/170mph deactivates these

Launches the ejection seat sequence, the canopy glass will shatter and the seat will auto eject and deploy a parachute
IT'S IMPORTANT that you only press this once! If you hold down FireGuns you will break the FT code! 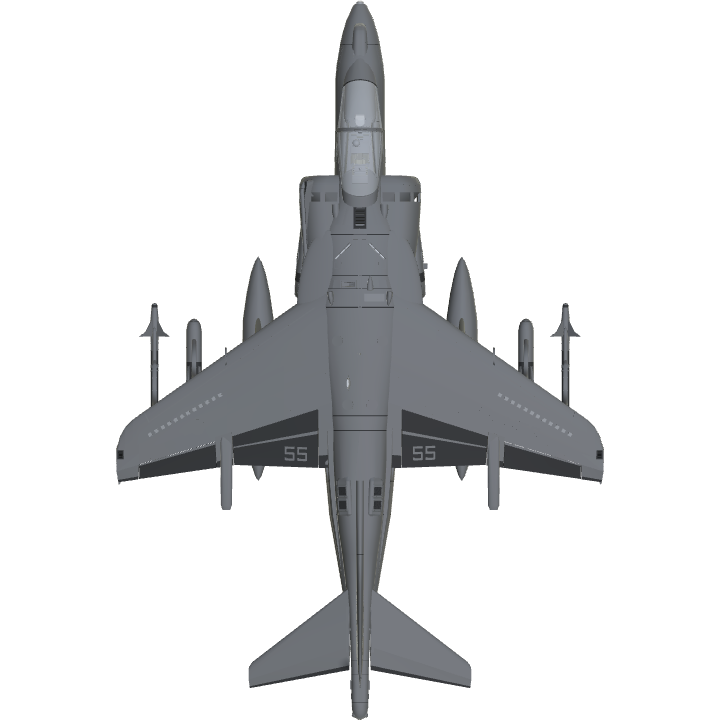 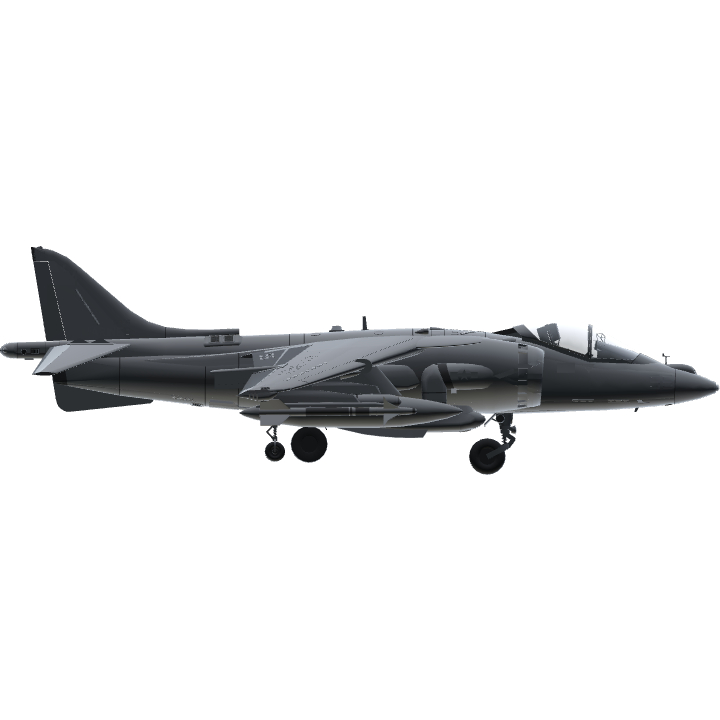 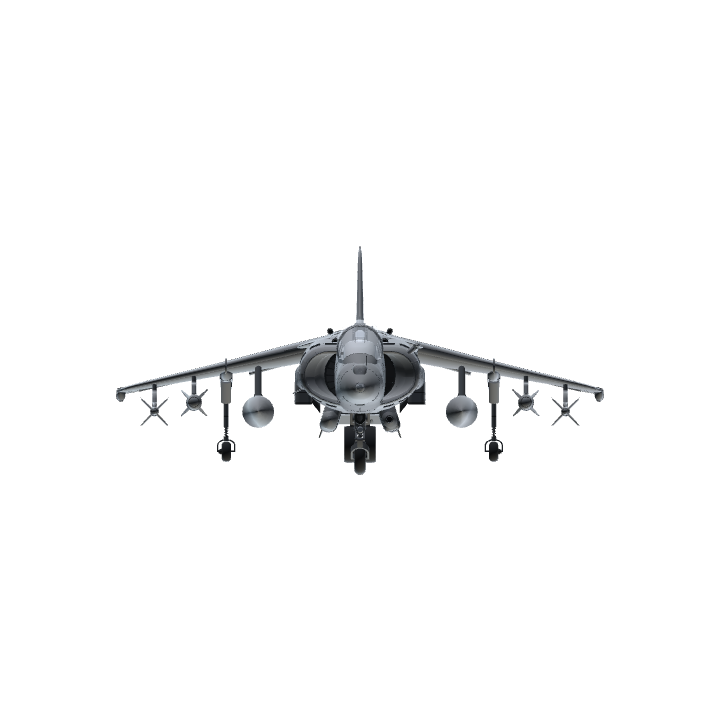