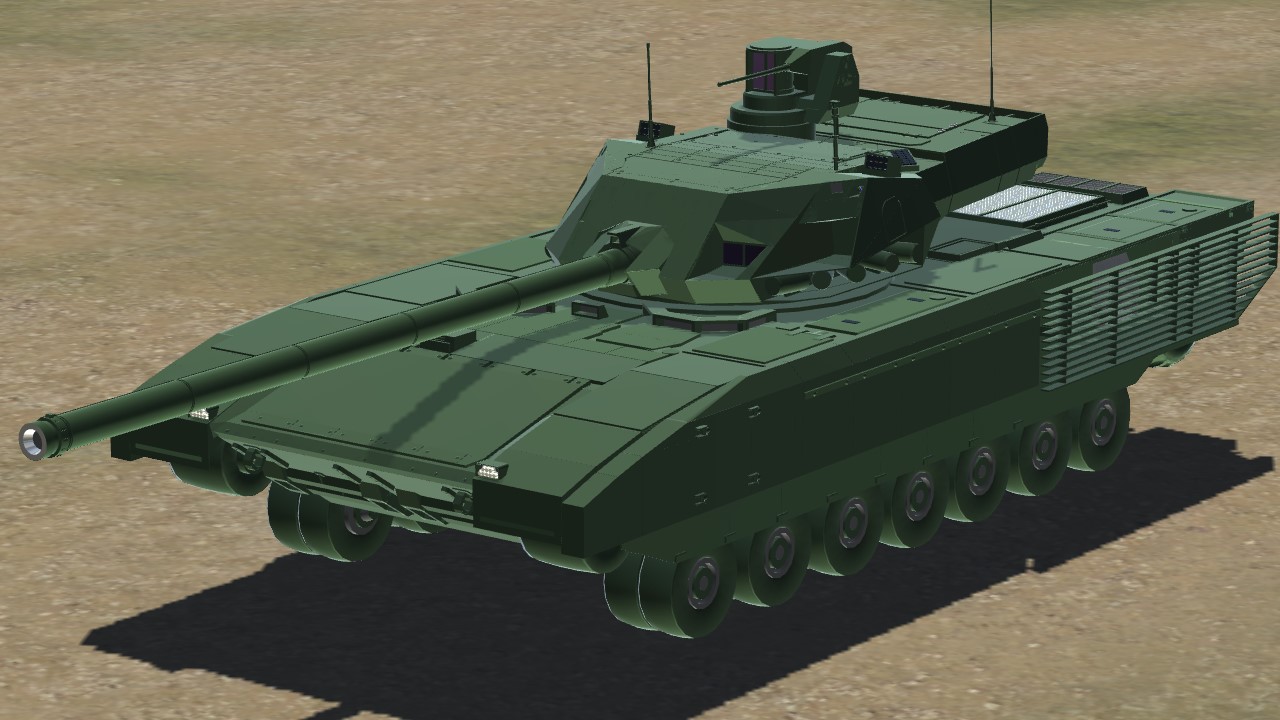 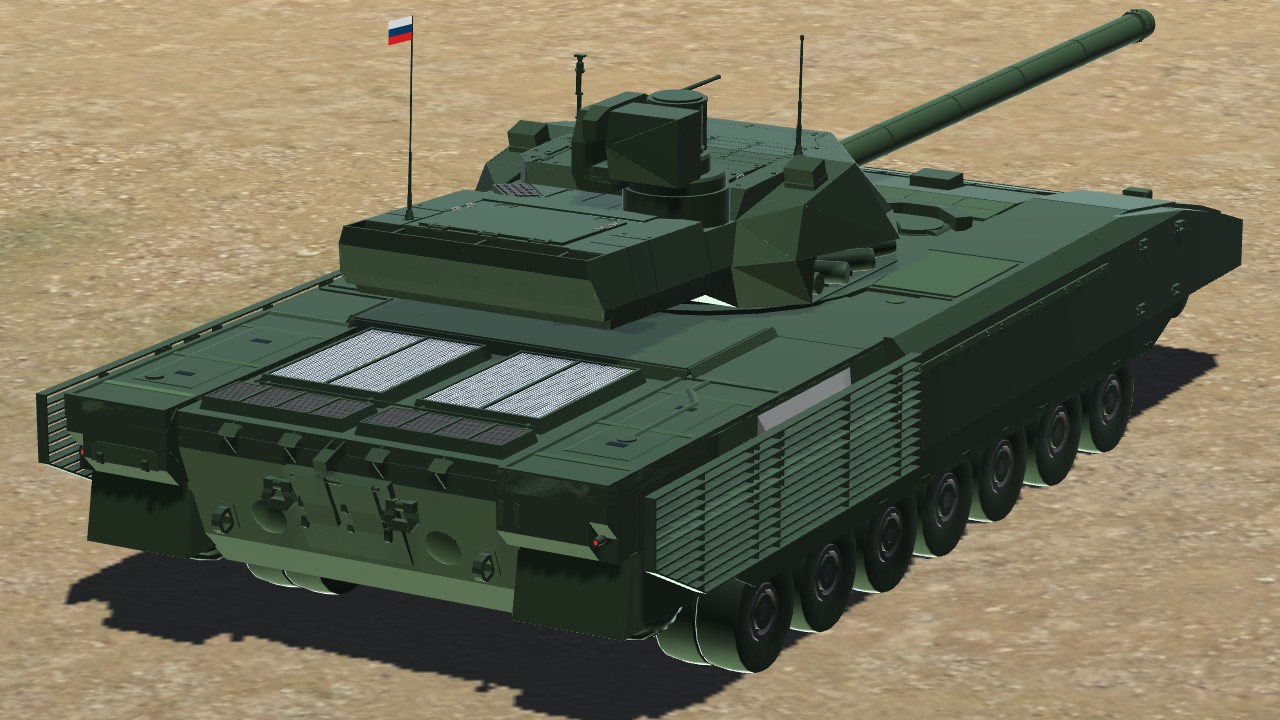 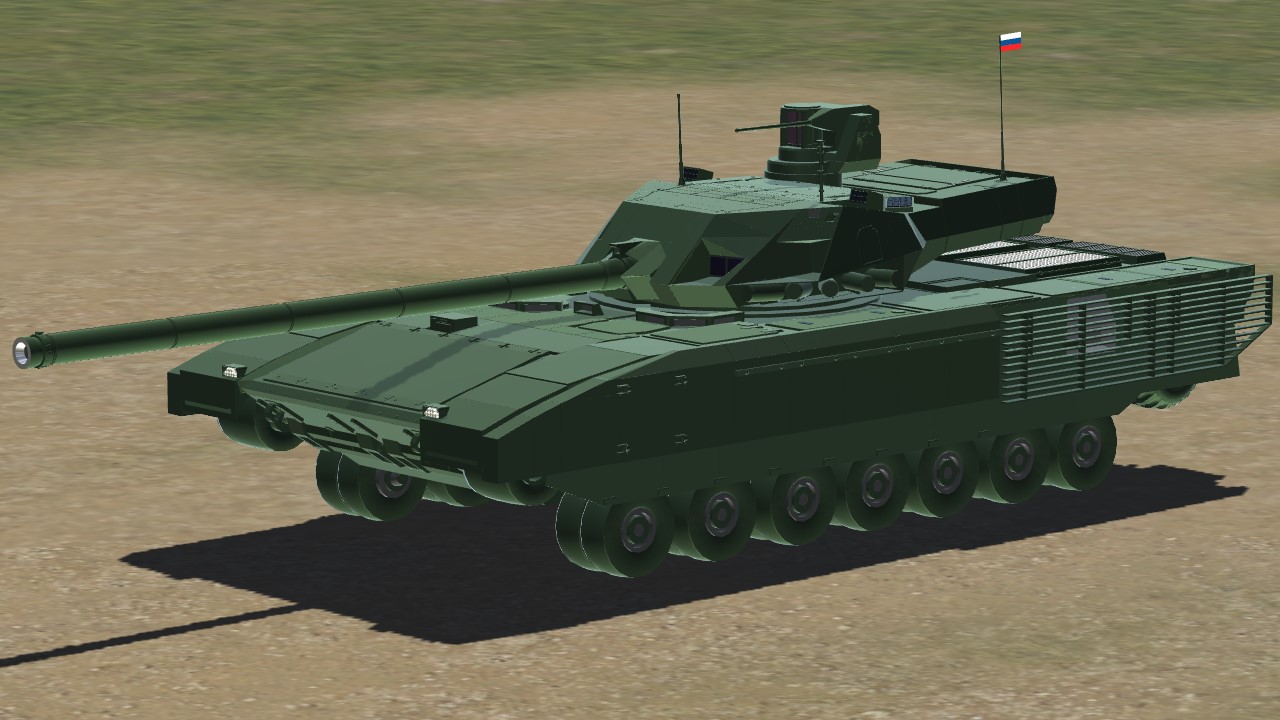 This project was started a little over a year ago as a fun replica project. In the beginning I had troubles with the turret and had a user named Waemoth build it for me. Unfortunately, Waemoth left before ever getting to finish. About a month ago, I asked TakeYourLife3000 to build the turret for me. He built it and I would say it's the best turret I've ever seen. Go check out his account!

The T-14 Armata is a next generation main battle tank designed by the Russian state owned company, UralVagonZavod in the 2010's. The tank itself is based on the Armata universal combat platform which is a modular platform designed to be used as many different types of military vehicles and weapons. Another vehicle based on this platform is the T-15 Heavy IFV. Designing of the tank took five years and it's most notable features include the unmanned turret, an armored crew capsule located towards the front of the hull, and many other advanced electronic systems located throughout the tank. It is armed with the new 2A82-1M main 125mm cannon which has more muzzle energy than the Rheinmetall 120mm guns which is considered one of the best in the world. The gun is also 15-20% more accurate than that of older Russian designs. Other armaments include a remotely controlled PKTM 7.62mm machine gun. The tank is considered to be the best of any other tank in the world because of it's unmanned turret, active protection system, and armored crew capsule which seats all three crew members towards the front of the hull. The Afganit active protection system the tank is equipped with is capable of tracking anti-tank munitions, both kinetic energy penetrators and tandem-charges and shooting them down with shotgun like blasts which are fired from tubes on located on the turret.

•Big thanks to TakeYourLife3000 for the amazing turret which he has volunteered to make for me.
•Thanks to Aeroman77 and Othawne for testing.
Have fun! 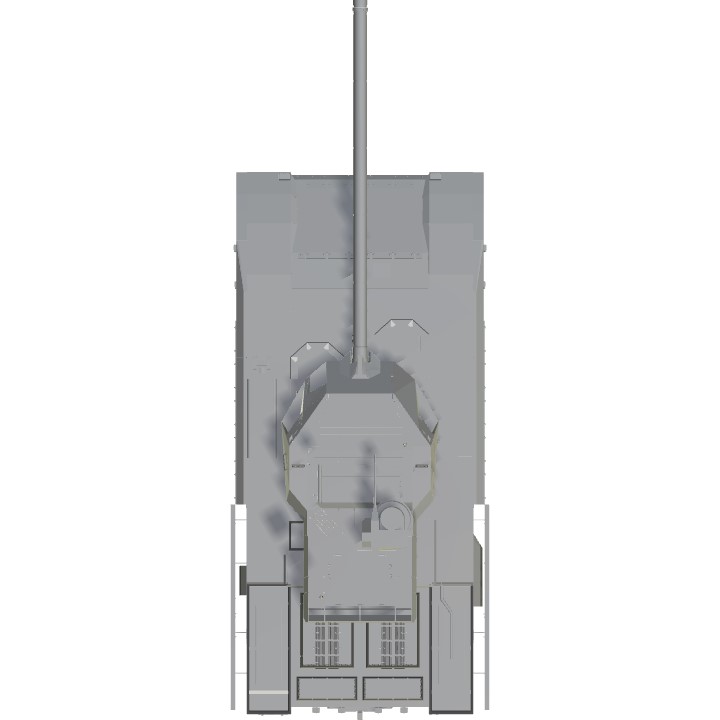 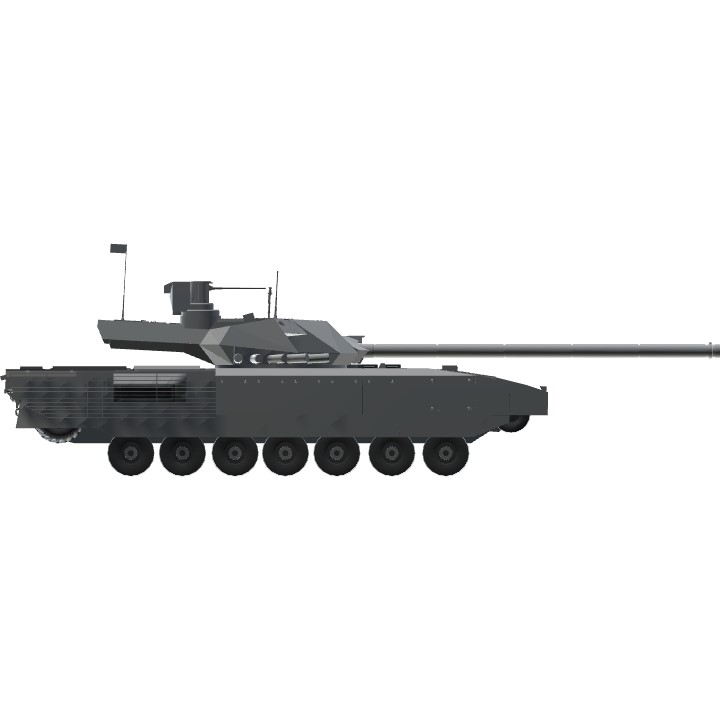 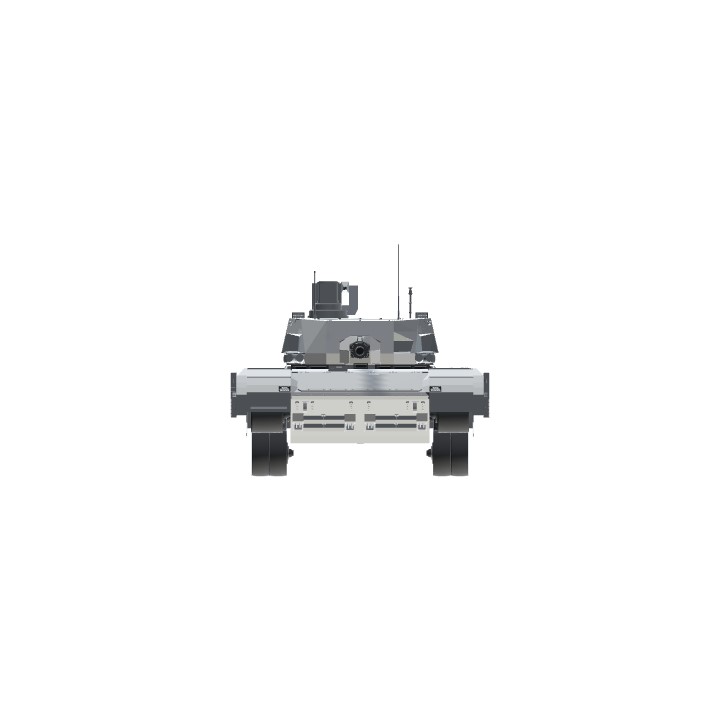