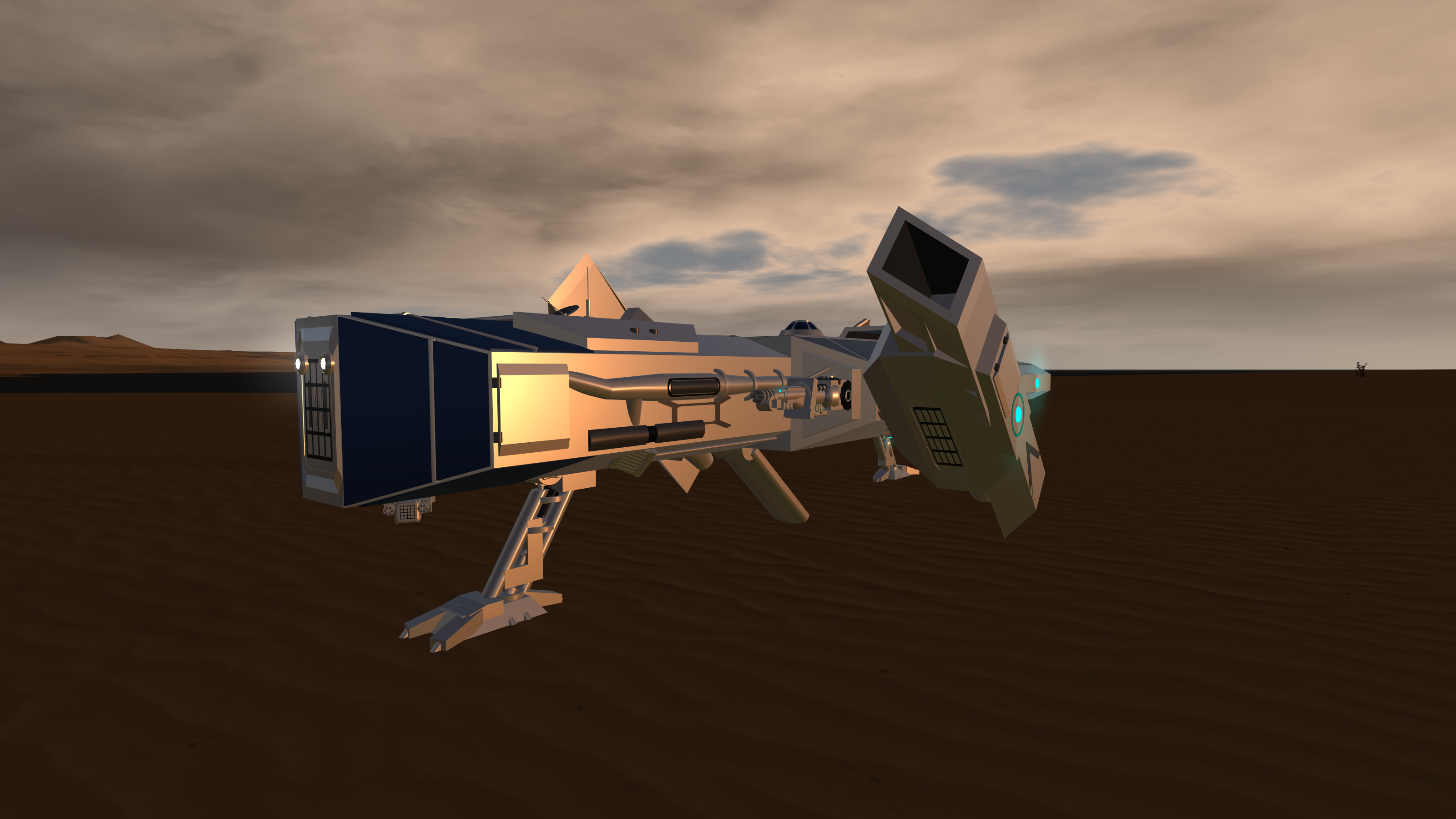 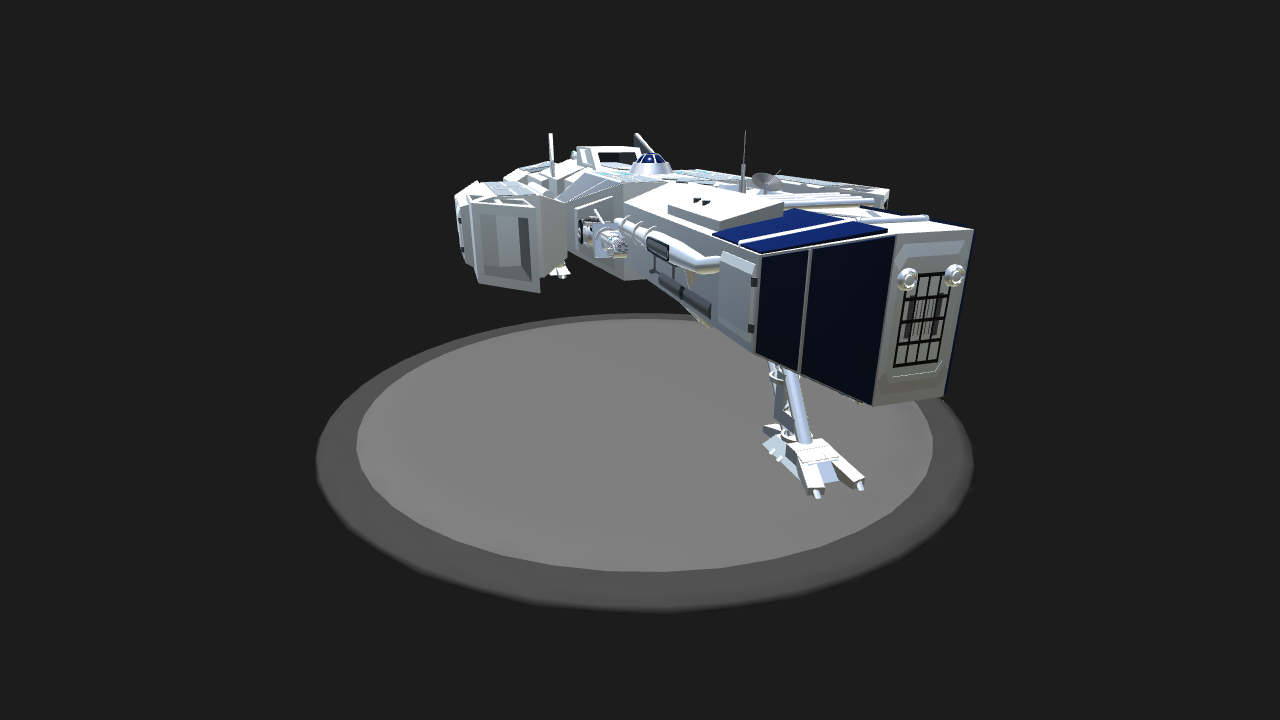 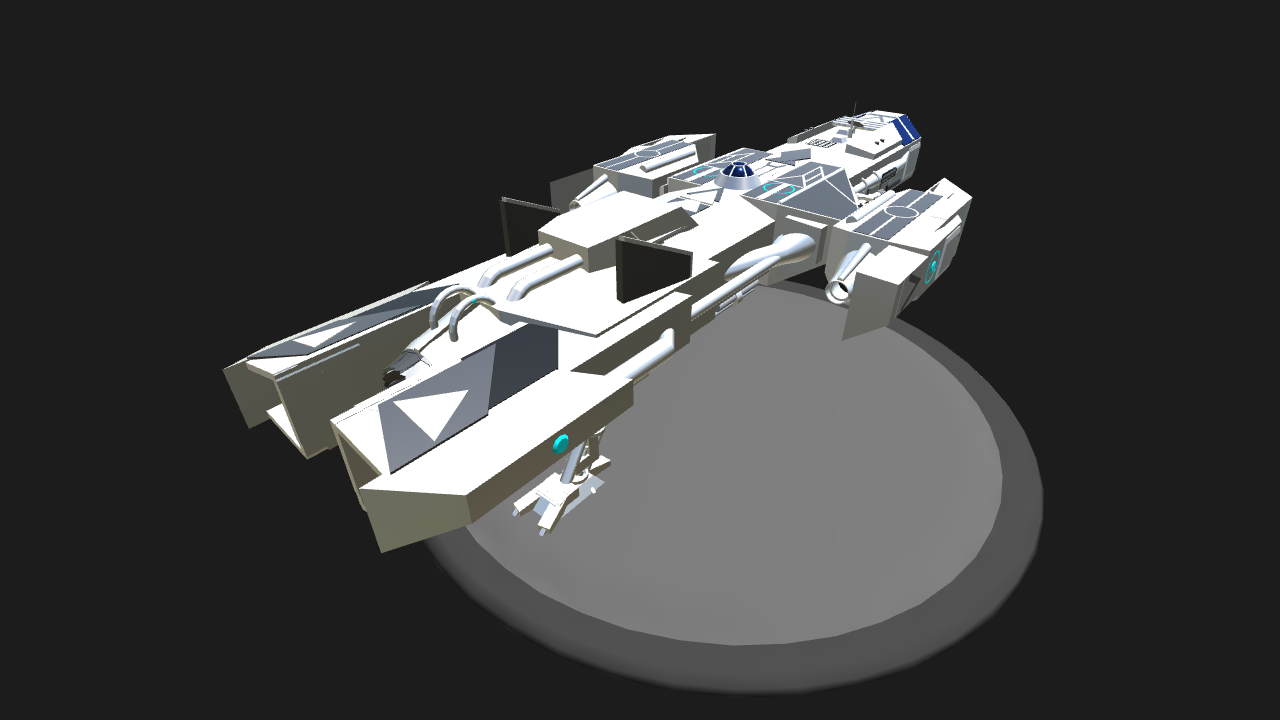 Well its been a while,

Hey I've developed this since I was gone

55,000+ pounds of build, 470+ parts, and a lot of time
this is the A-10 Phantasm as you could probably already guess it is a futuristic freighter/hauler not really sure. I just went a bit of everything when making it.
The A-10 has 4 guns two of which are fixed on a rotatable turret (with shell ejection effect); as opposed to the two fixed cannons which are vastly more powerful. The hauler has a loading deck on its underside, and custom landing gear. In conjunction with this it has a powerful booster engine and two opposable engines, this makes taking off vastly easier. The hauler has a top speed of probably about 450+ mph.

Here is the opposable engine 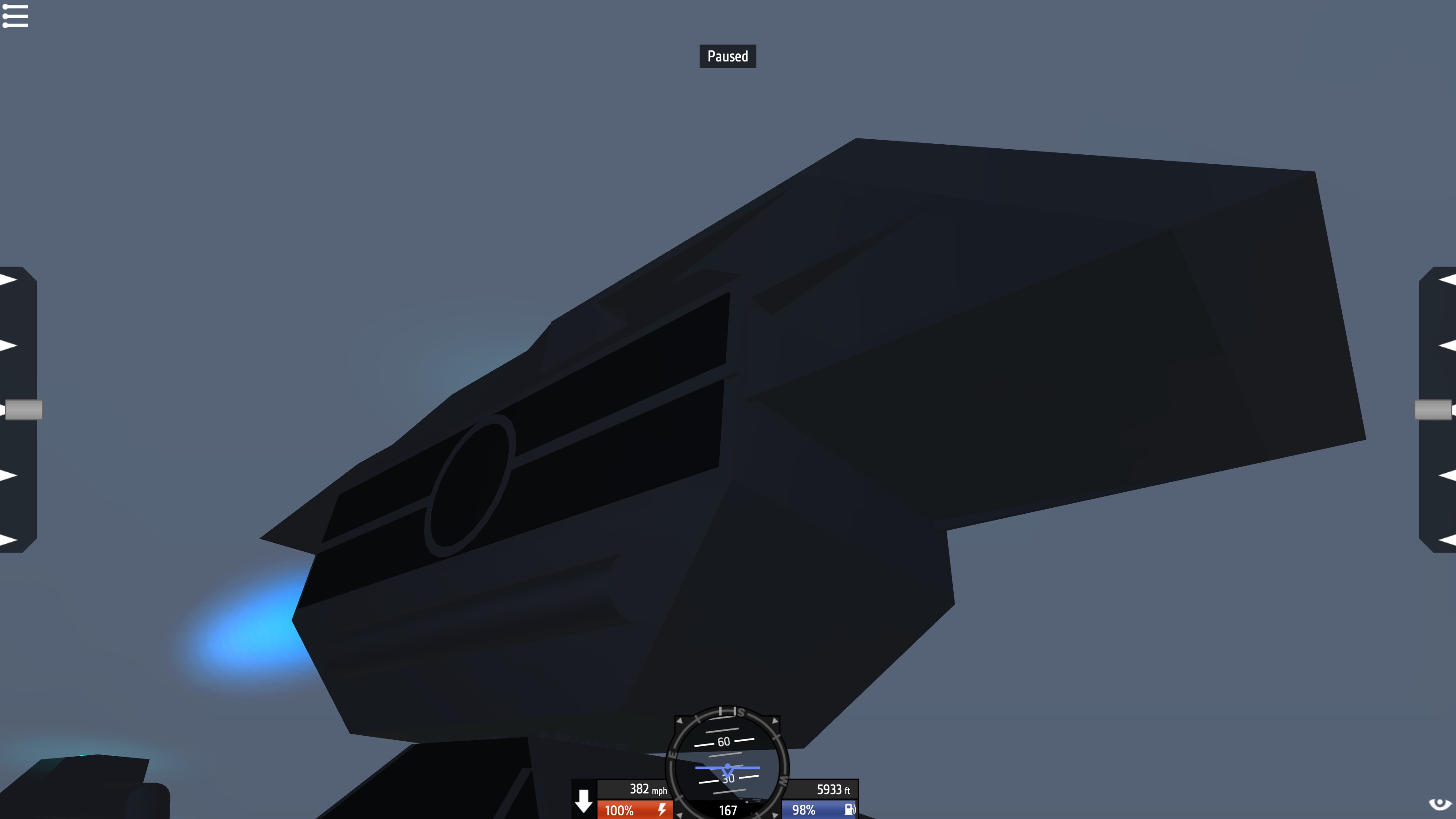 its cool I dunno tbh 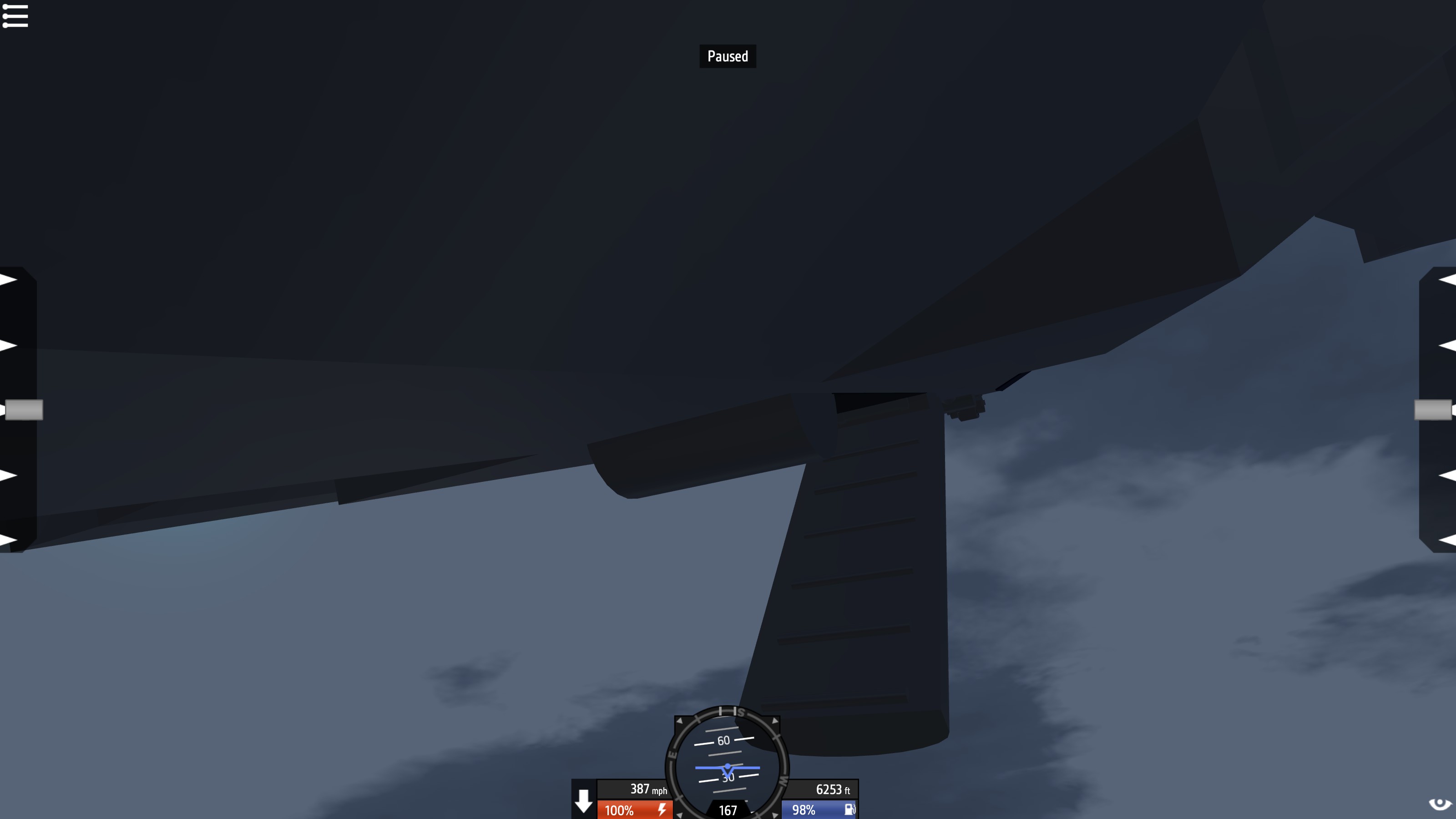 Below is the main cannon

the cannon is fairly powerful, but has a slow reload 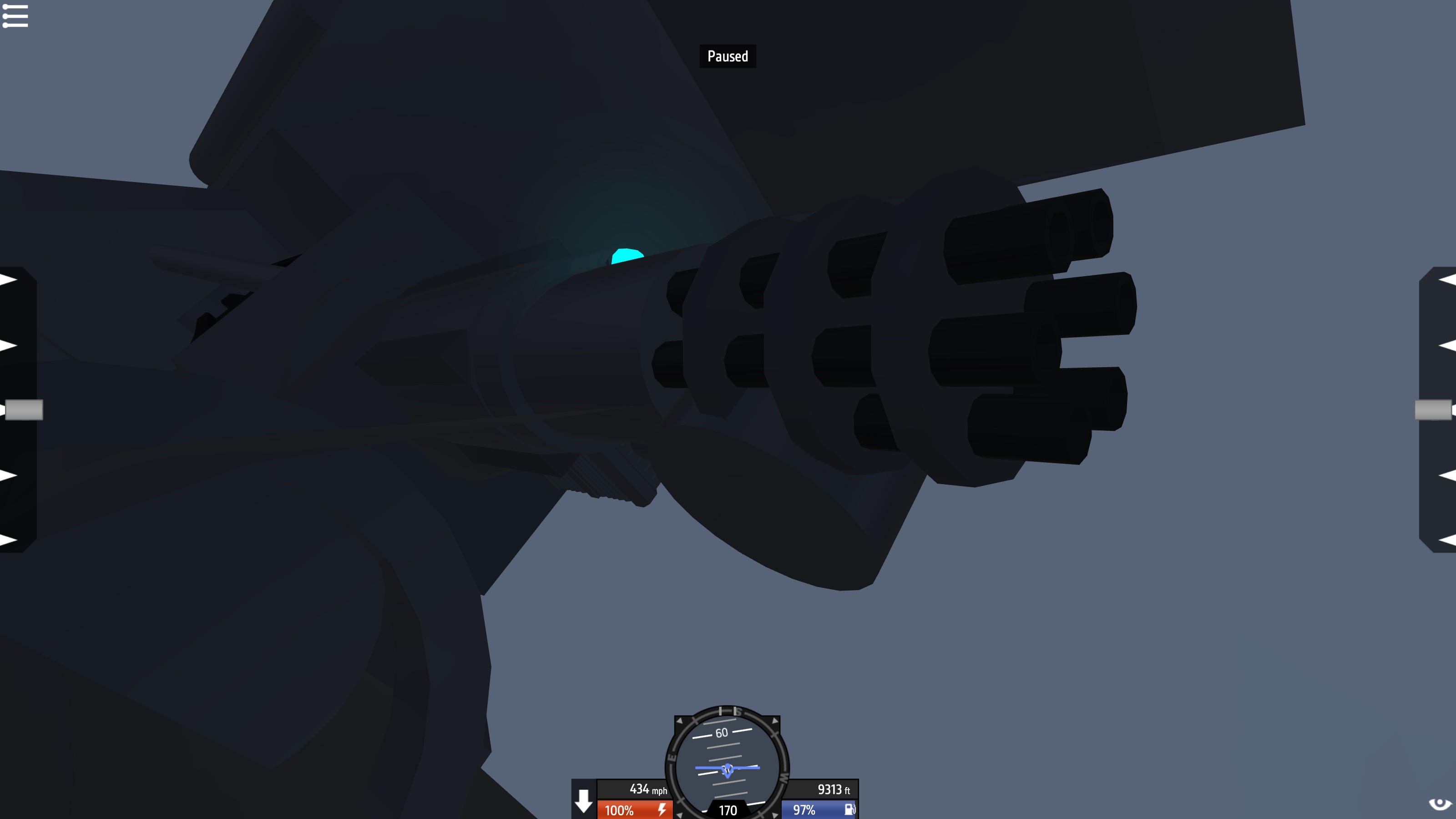 Here is the rotatable turret

quick fire rate decent damage, much lower than the cannon 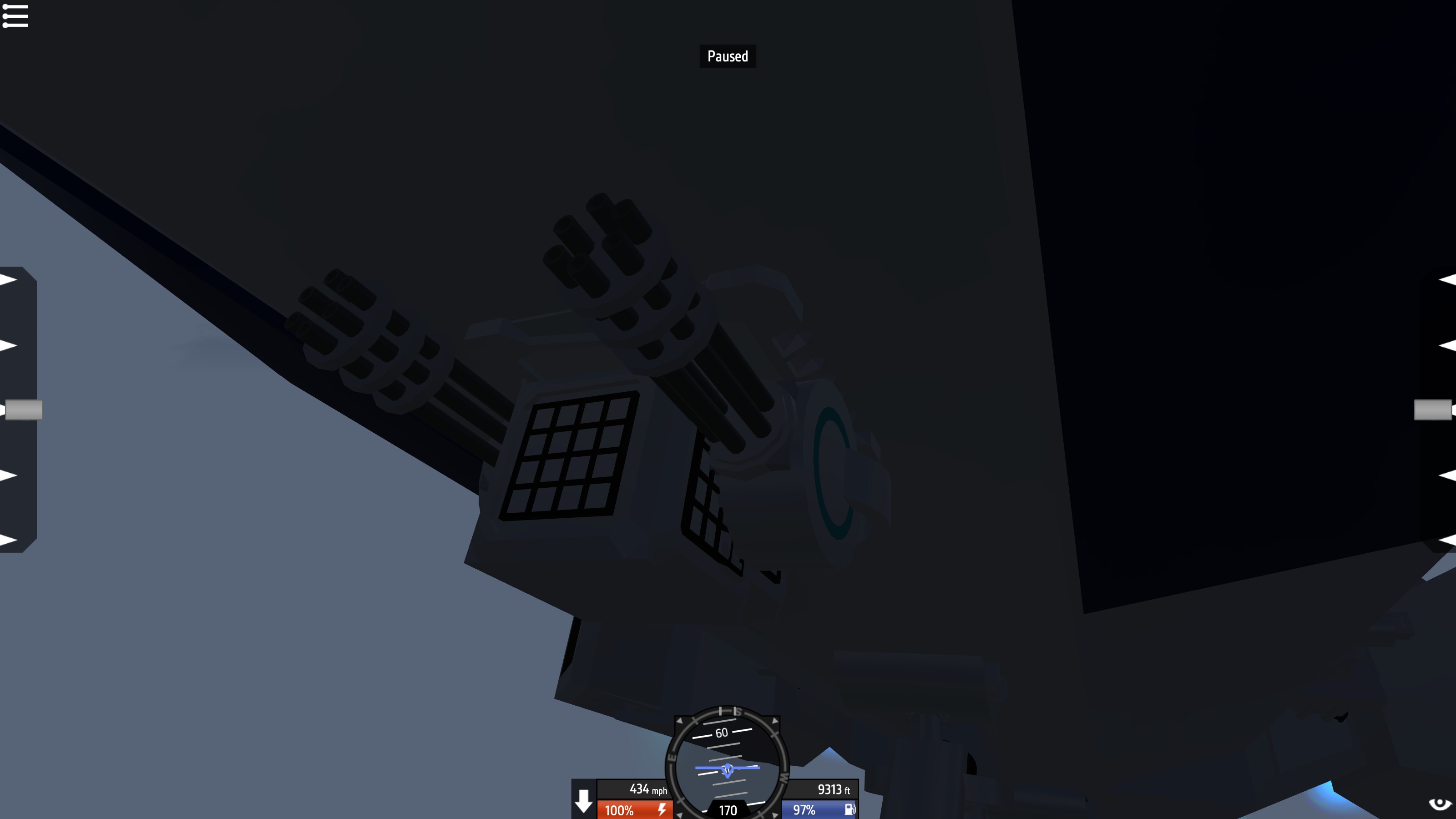 Here are the landing feet

they look kinda cool and make landing difficult as a consequence, but i love them 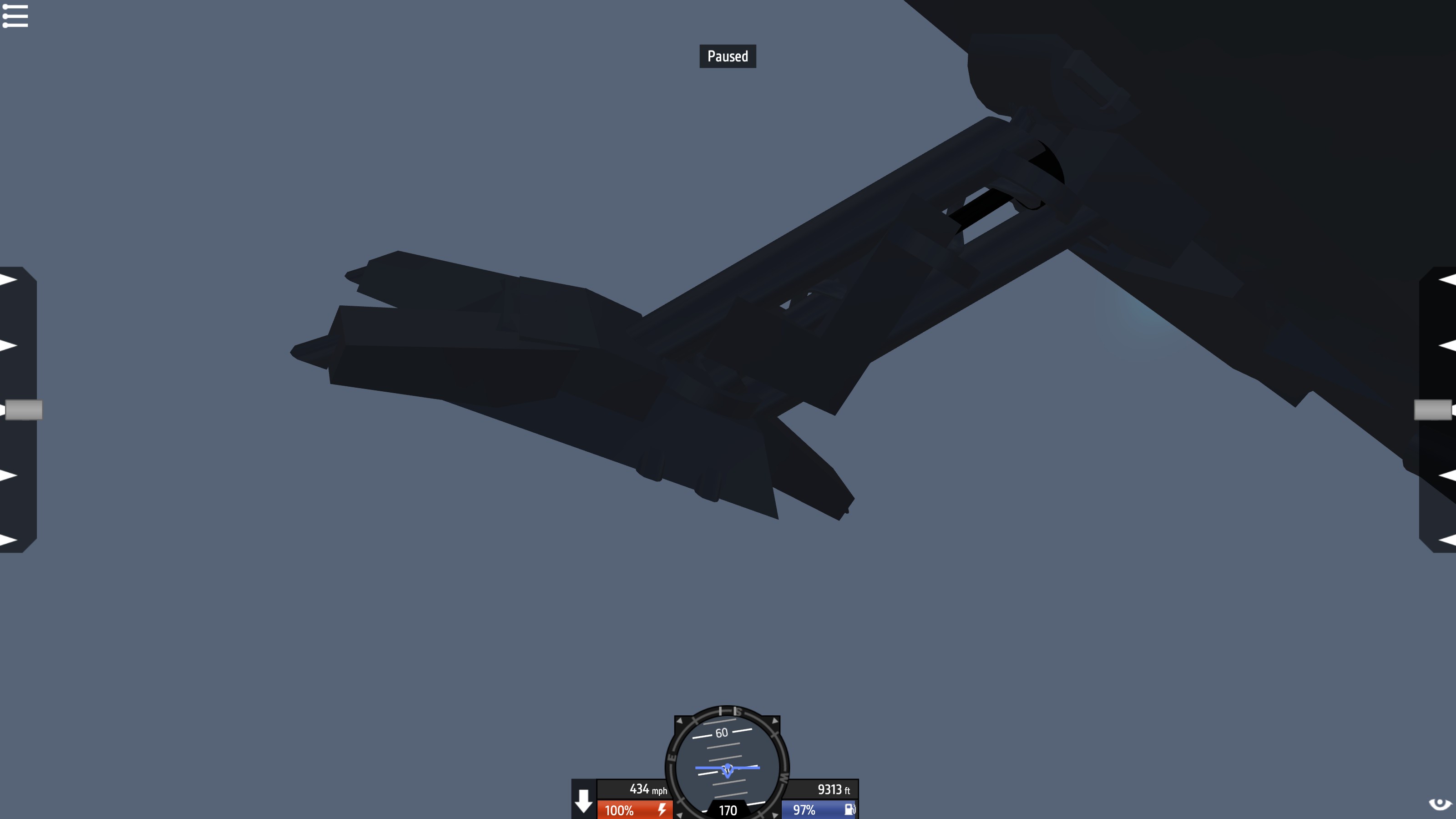 Sorry for the break, I got invested in reality then remembered it wasn't all it was gassed up to be. Cheers for the kind returning welcome

take off recommendation (always activate AG3 so door closed) , you don't need booster, put opposable engines exhaust down, then throttle 100% when you wanna take off put landing gear off. For mobile take landing gear of at the start otherwise it catches and implodes or something 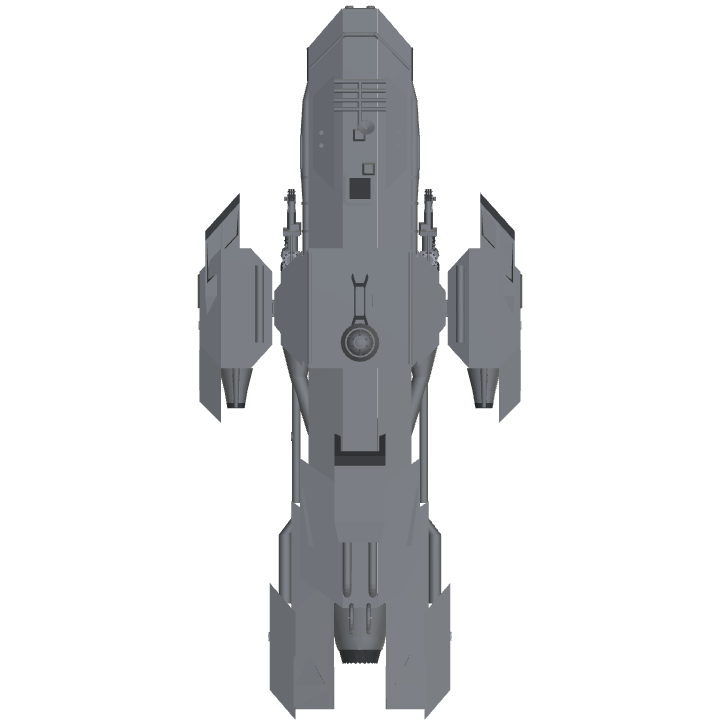 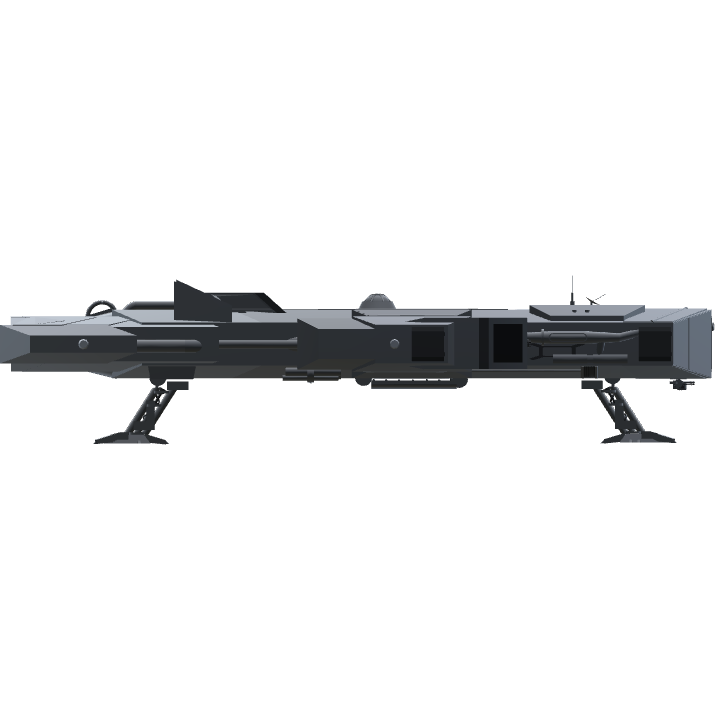