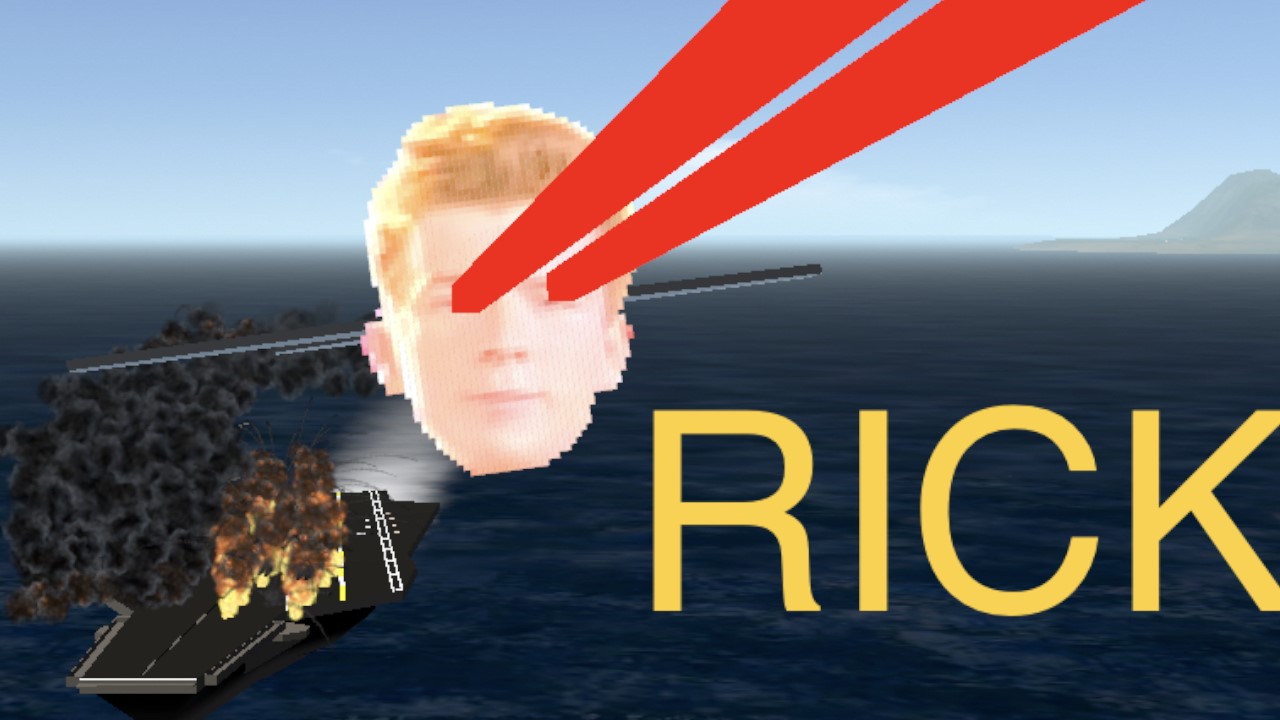 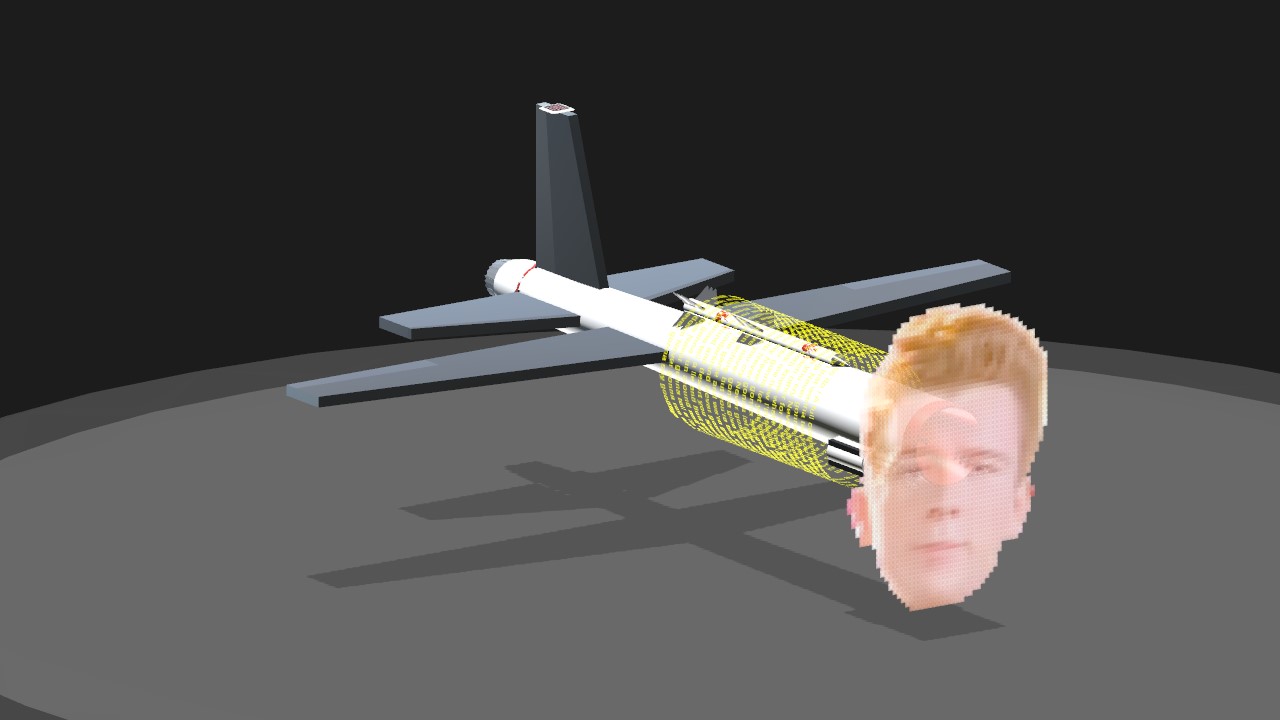 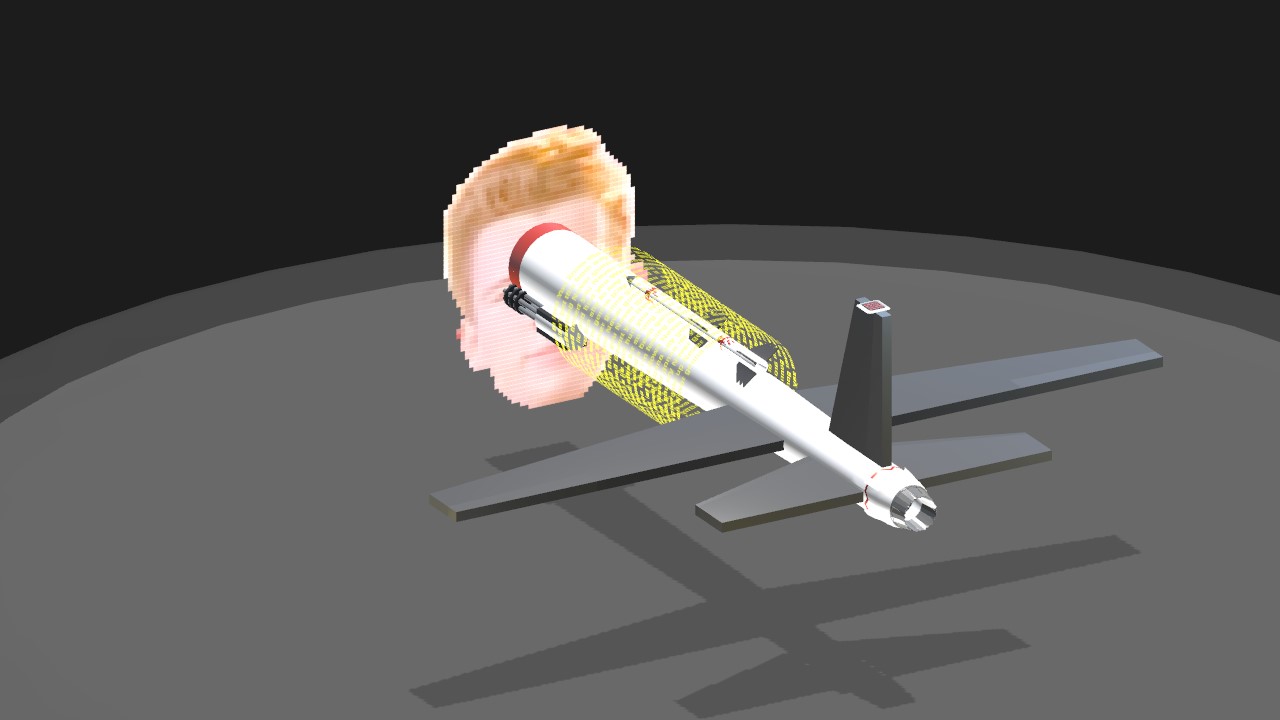 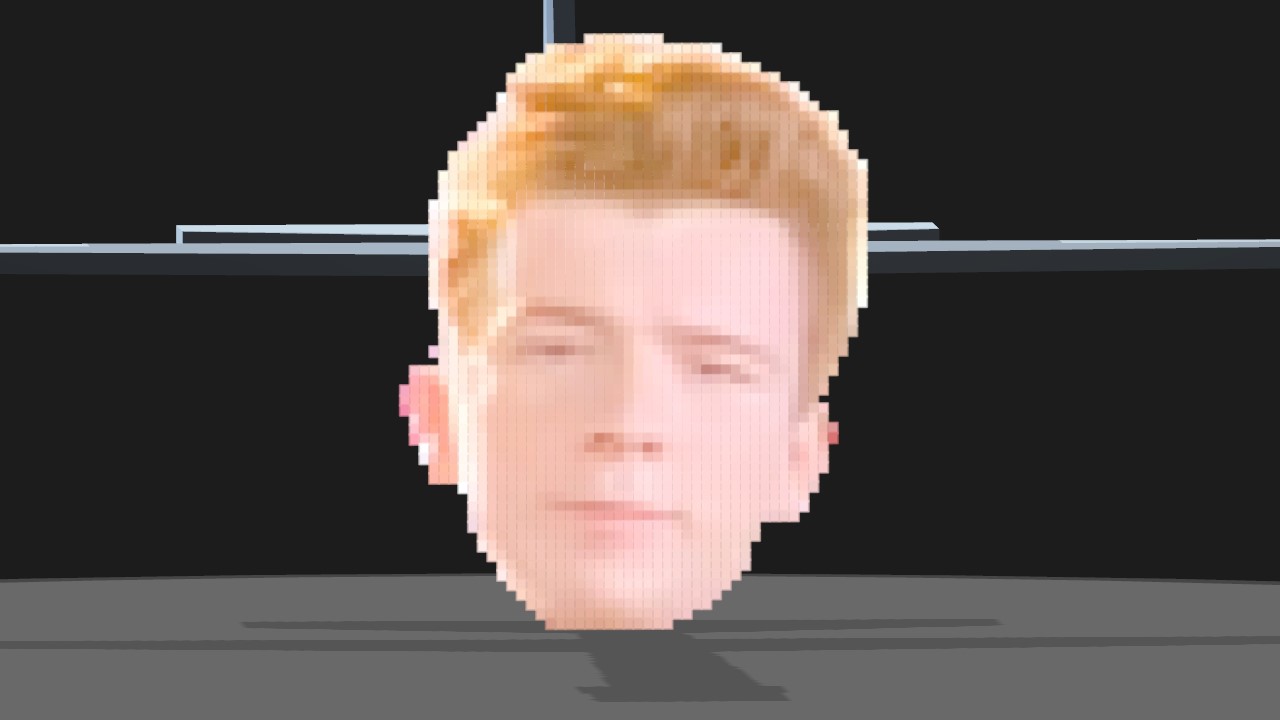 I go straight for the kill.

I will never stop hunting you.

This is the final boss from the video game “SimplePlanes.” Known by its infamous boss music, It was created to be invincible and destroy anything the player could throw at it. It uses powerful missiles and lasers to destroy airplanes. It also can harness the power of lag to crash the player’s game and make it hard for them to fight it. Once beaten, SimplePlanes plays exactly the same as before. Players can also challenge the boss at any time. However, unknown to speedrunners, there is a secret way to beat the game without fighting the boss. Players can simply choose to not download Rick Astley and keep their device safe from this monstrosity.

Korzalerke for the beautiful image of Rick Astley. 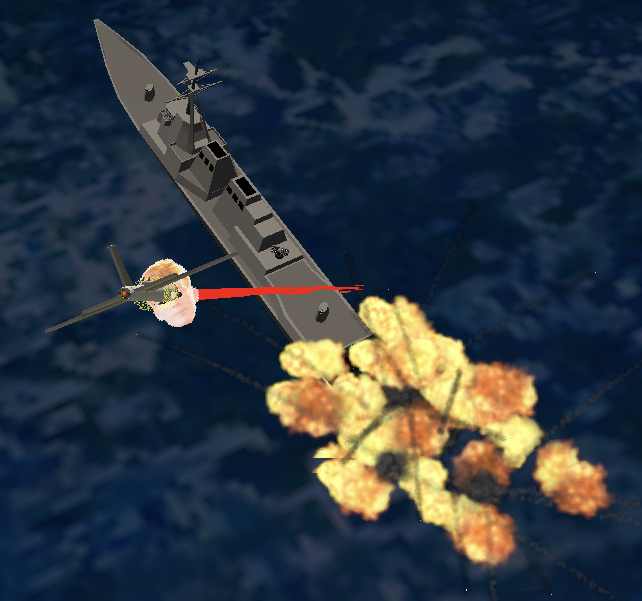 I can run over 2000 parts on my device and this has crashed my game multiple times. Therefore, I have not been able to test it on AI. I am also not responsible for any damages this causes to your device. 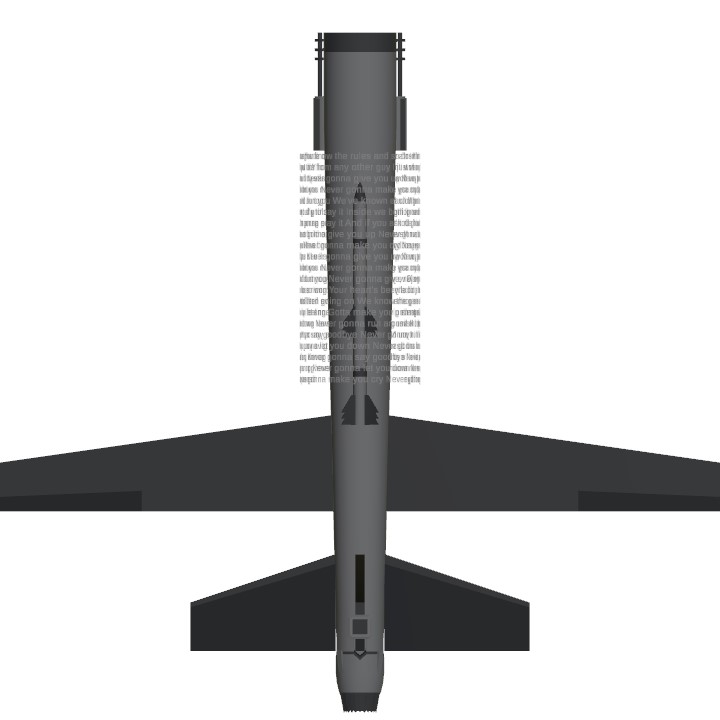 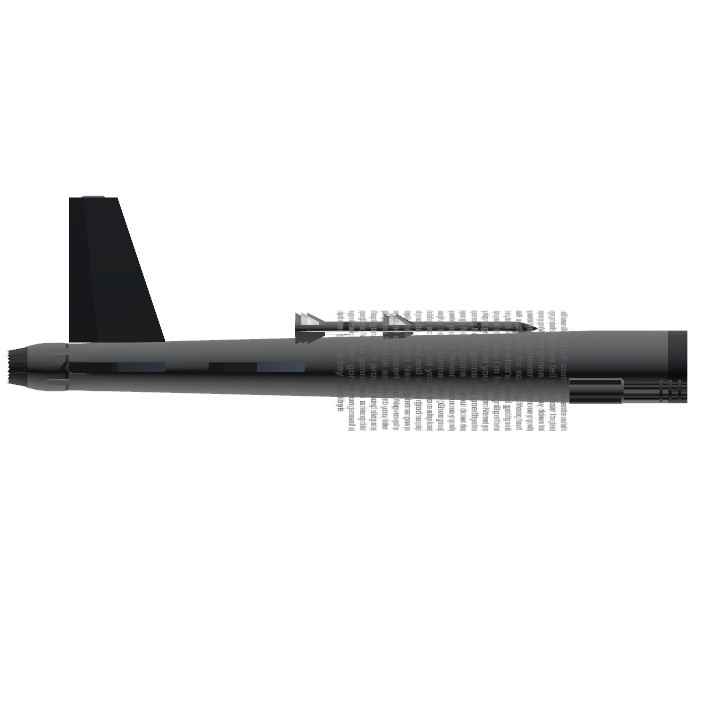 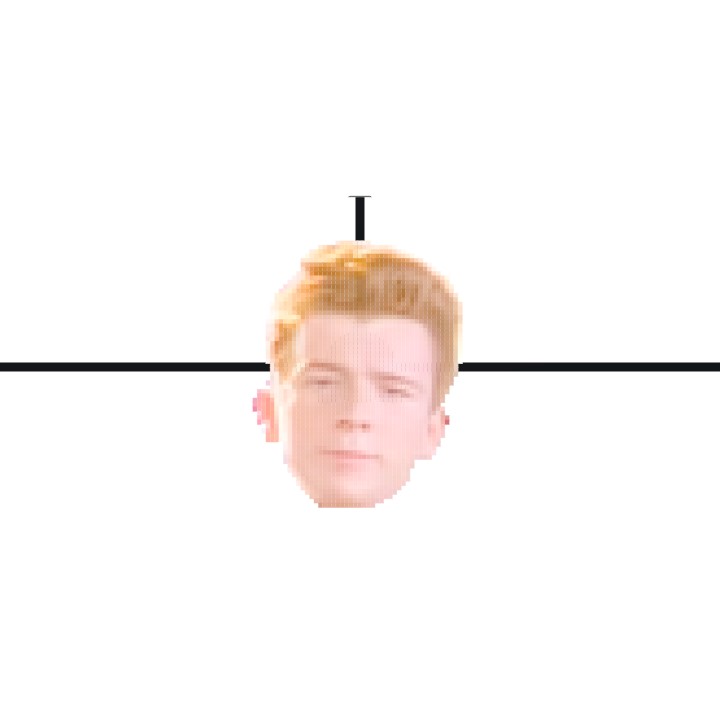