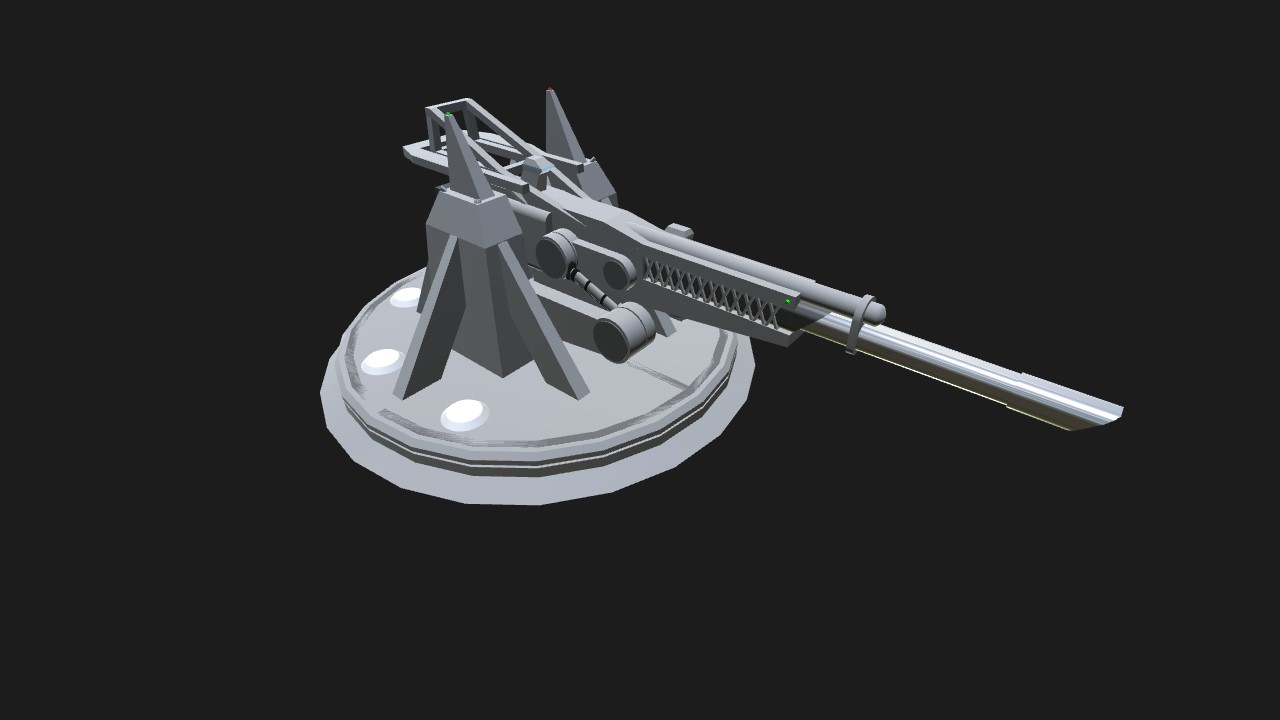 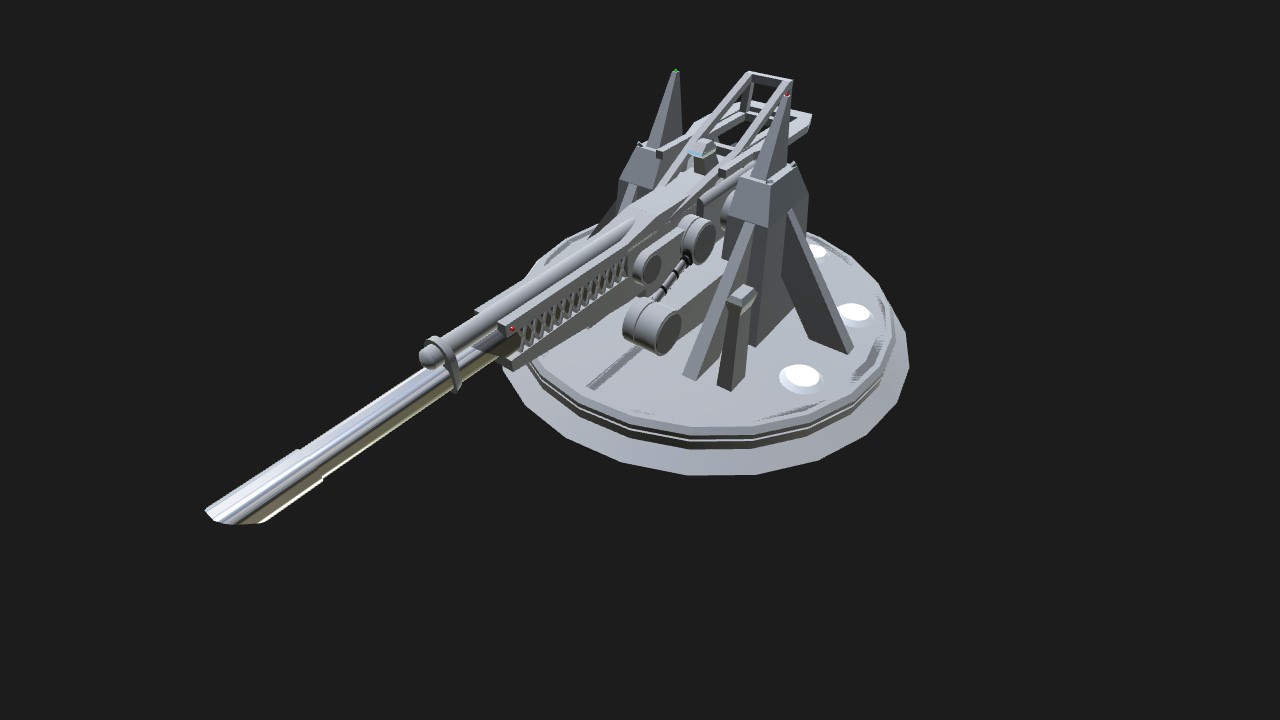 The Pyramidium Turret Complex Network Electromagnetic Mass-Accelerator Unit is basically a massive railgun with a bore diameter of 1,200mm, 120cm, or 1.20m.

Controls:
TRIM - Horizontal axis (Bearing/Heading Control);
VTOL - Elevation (Because of the pistons, it can be a bit funky at times
Landing Gear - Position of the counterweight.

Electromagnetic Mass-Accelerator Unit:
The Pyramidium Electromagnetic Mass-Accelerator Unit itself is a powerful railgun designed for launching rocket-boosted projectiles which could carry munitions ranging from Surface-to-Air Missiles (SAMS) to small ICBMs carrying a couple of MIRVs with conventional, nuclear, or antimatter warheads, or even rocket-launched hypersonic gliders (on build list). The Pyramidium TCN is an extremely potent weapon, capable of striking any target on the Earth.

The gun contains a six-round revolving magazine, technically making Pyramidium one of, if not the largest revolver in the world. To reload, the gun elevates to 90*, or full vertical, and massive hydraulic systems push the projectiles up into the magazine. The total combined cooldown/recharge time is approximately 8 to 10 minutes, possibly more, depending on the projectiles.

In SP2030:
Due to a ban on ICBMs and hypersonic glider weapons, the Pyramidium TCN is heavily limited in its striking capabilities.

It has 12 hypersonic Cleaver missiles and 12 Interceptor missiles. 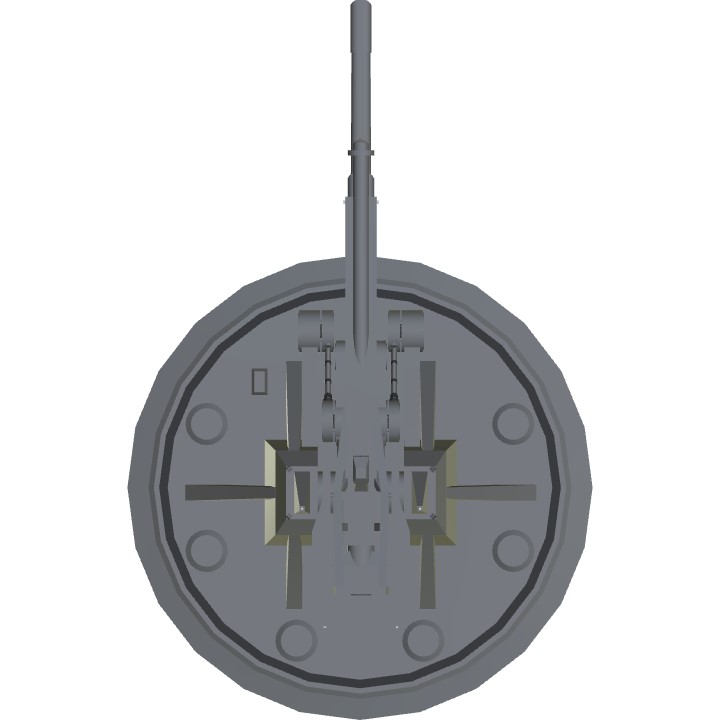 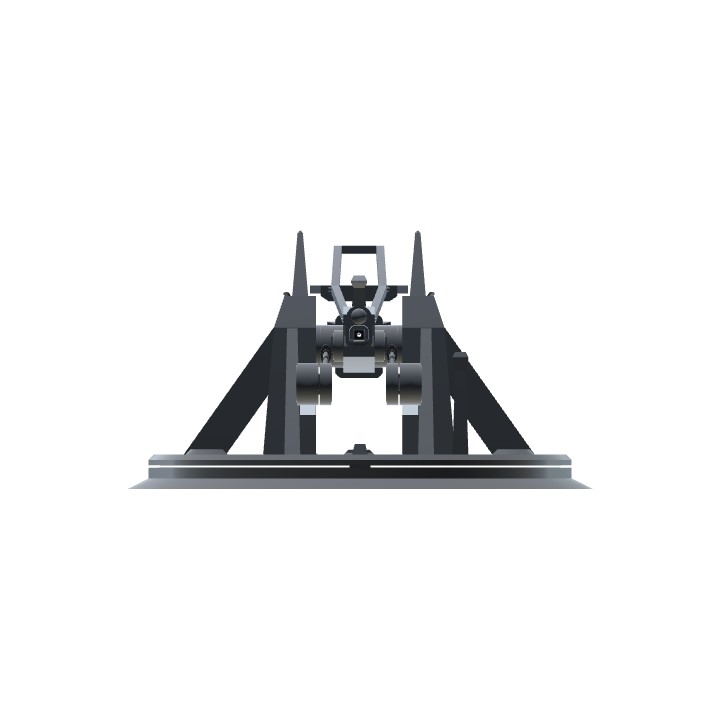