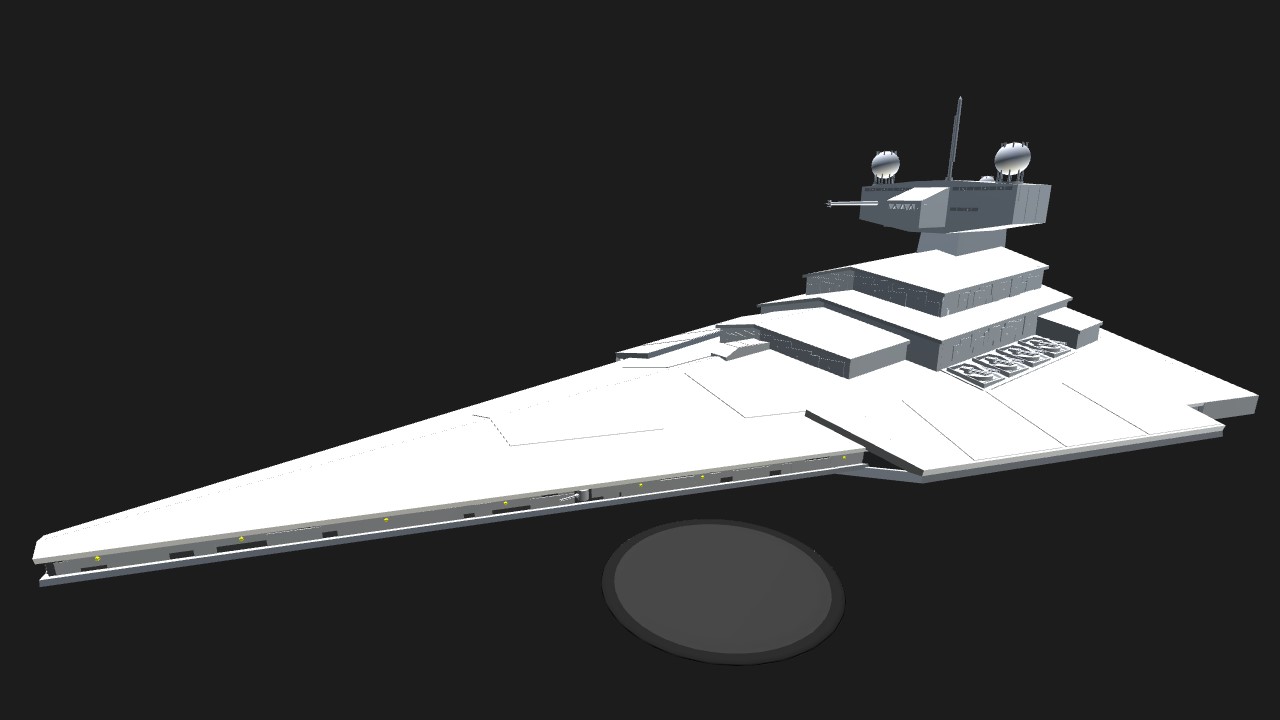 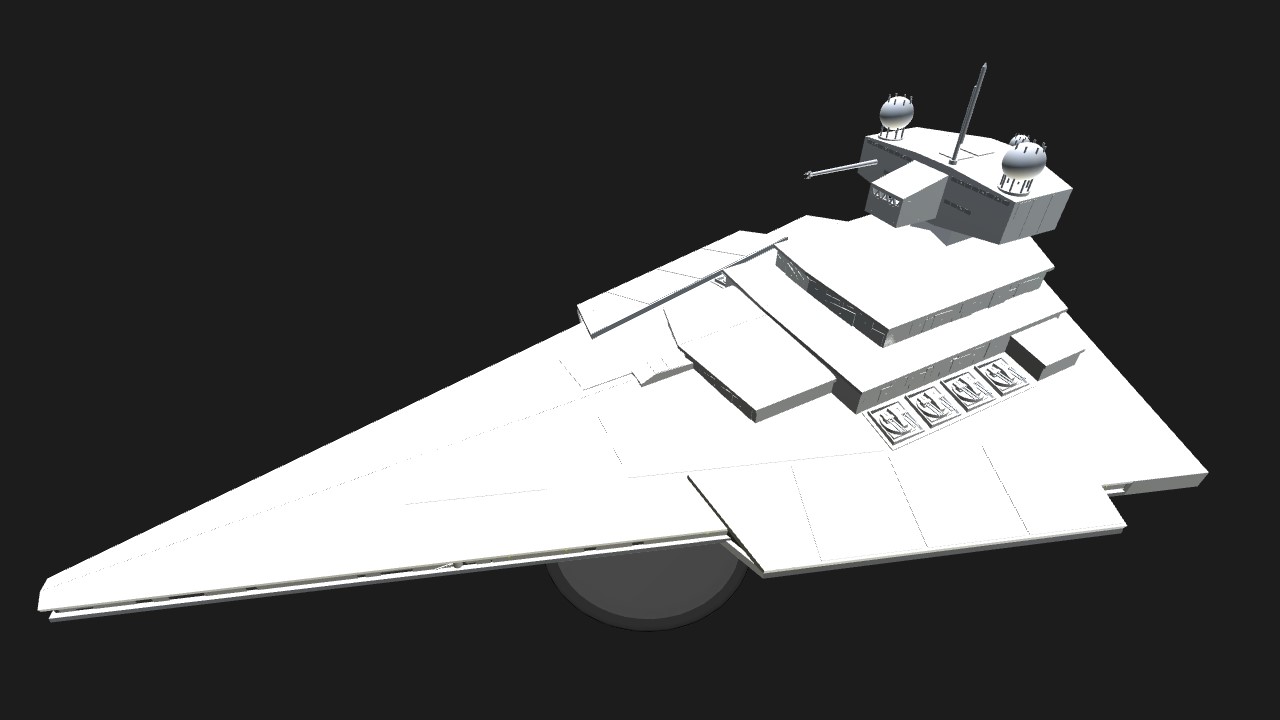 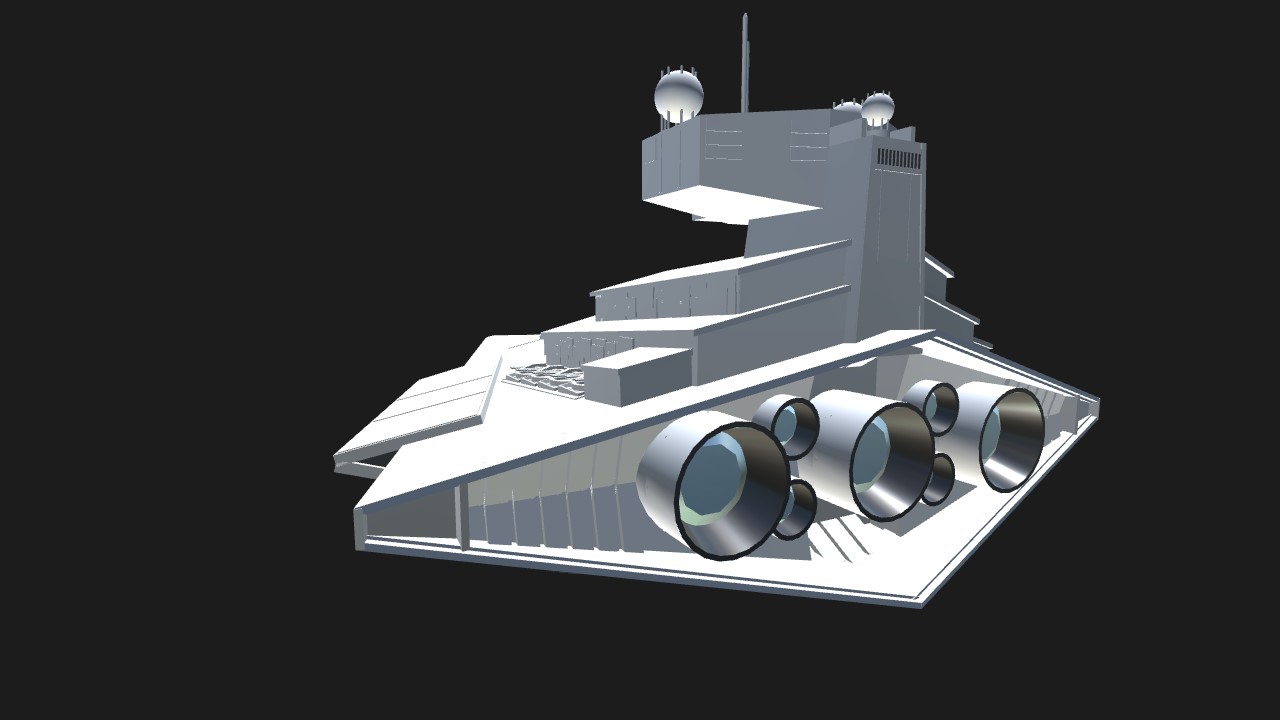 The Victory-class Star Destroyer was a type of Star Destroyer used by both the Republic Navy and Imperial Navy that was capable of deploying a garrison base and making surface landings. In 14 BBY, several Victories were utilized by the Galactic Empire, including some based at Coruscant's Imperial Palace and Belderone's R/M Facility Four deepdock. During the Galactic Civil War, at least five Victory-class Star Destroyers served with the Dark Lord of the Sith Darth Vader at some point following the Battle of Yavin.
(from starwars.wikia.com) 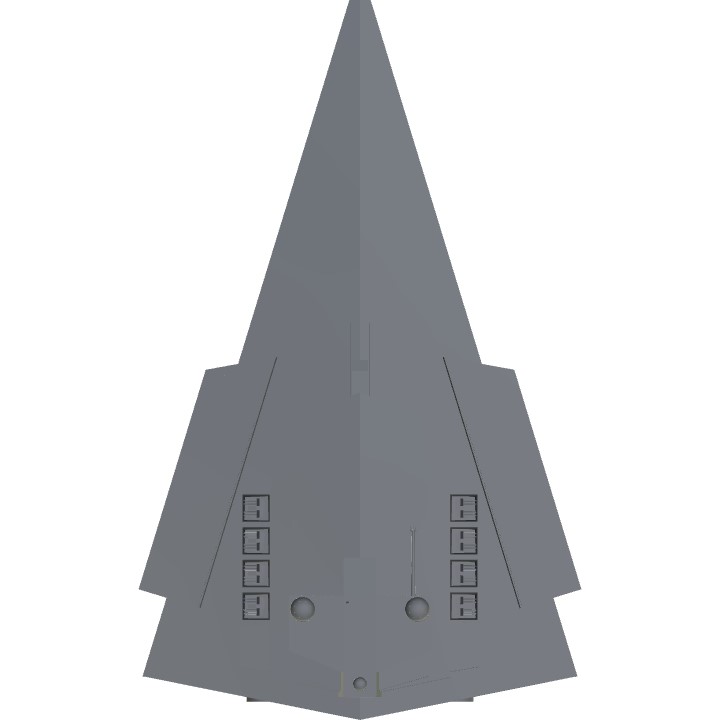 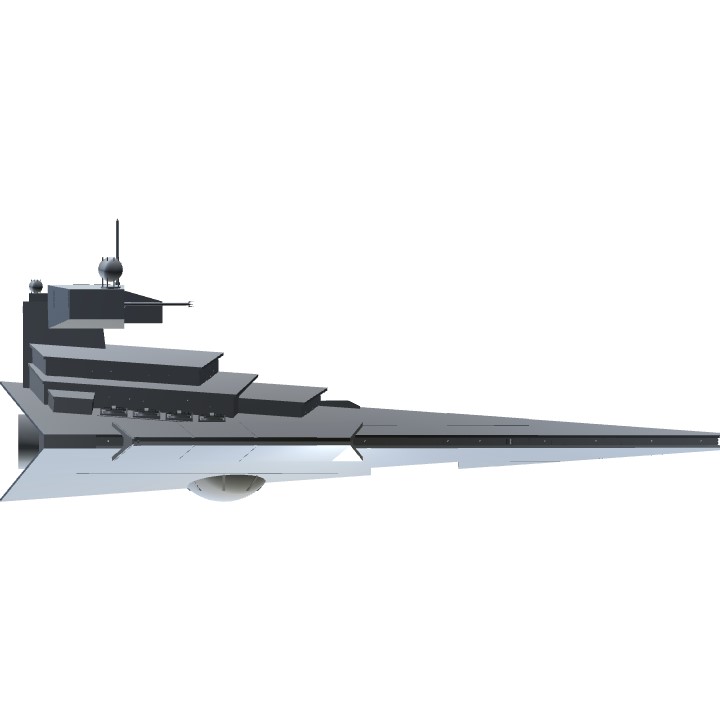 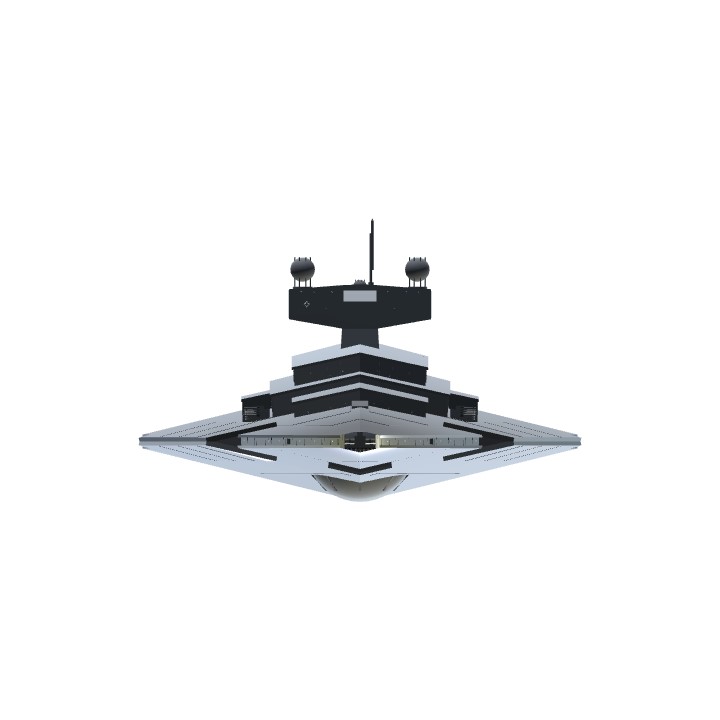