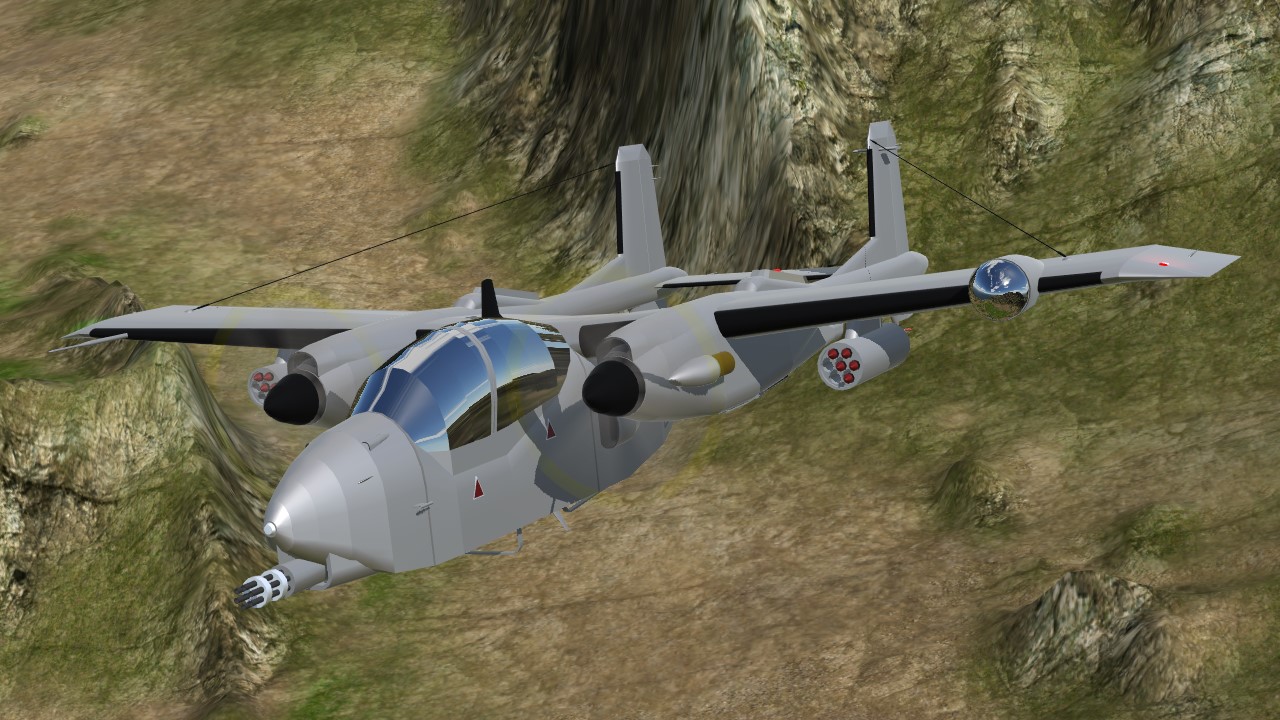 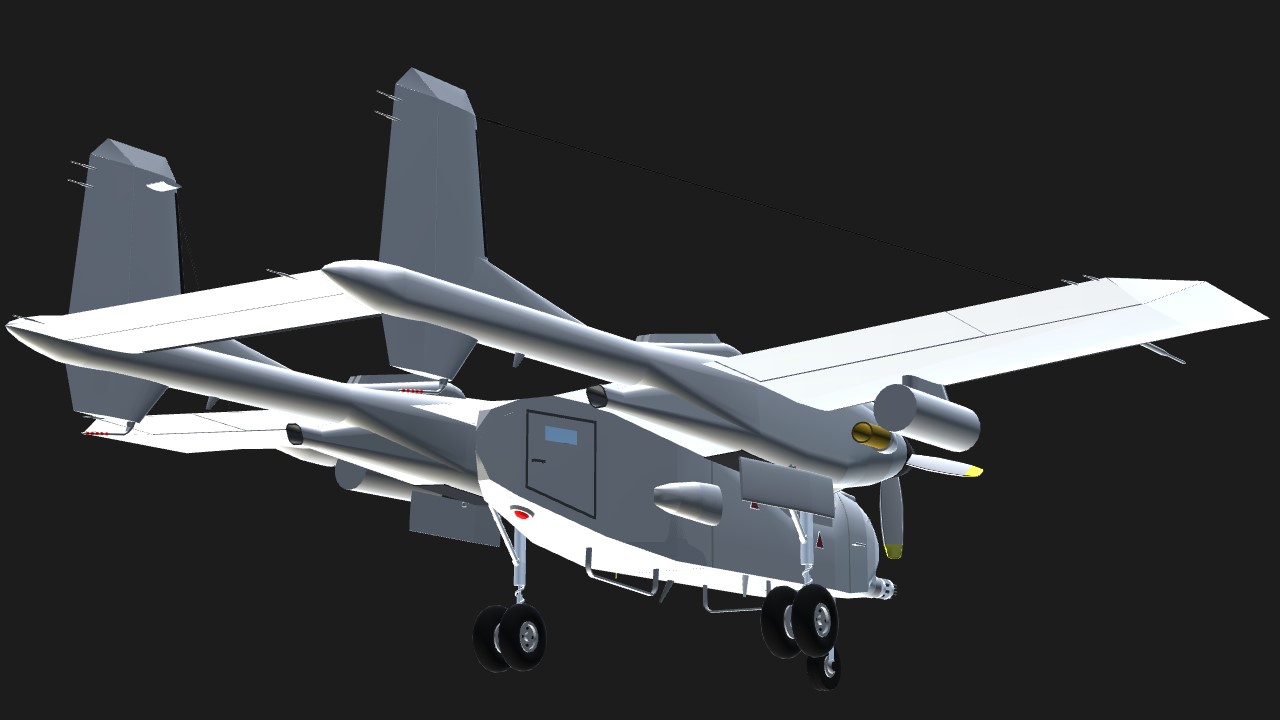 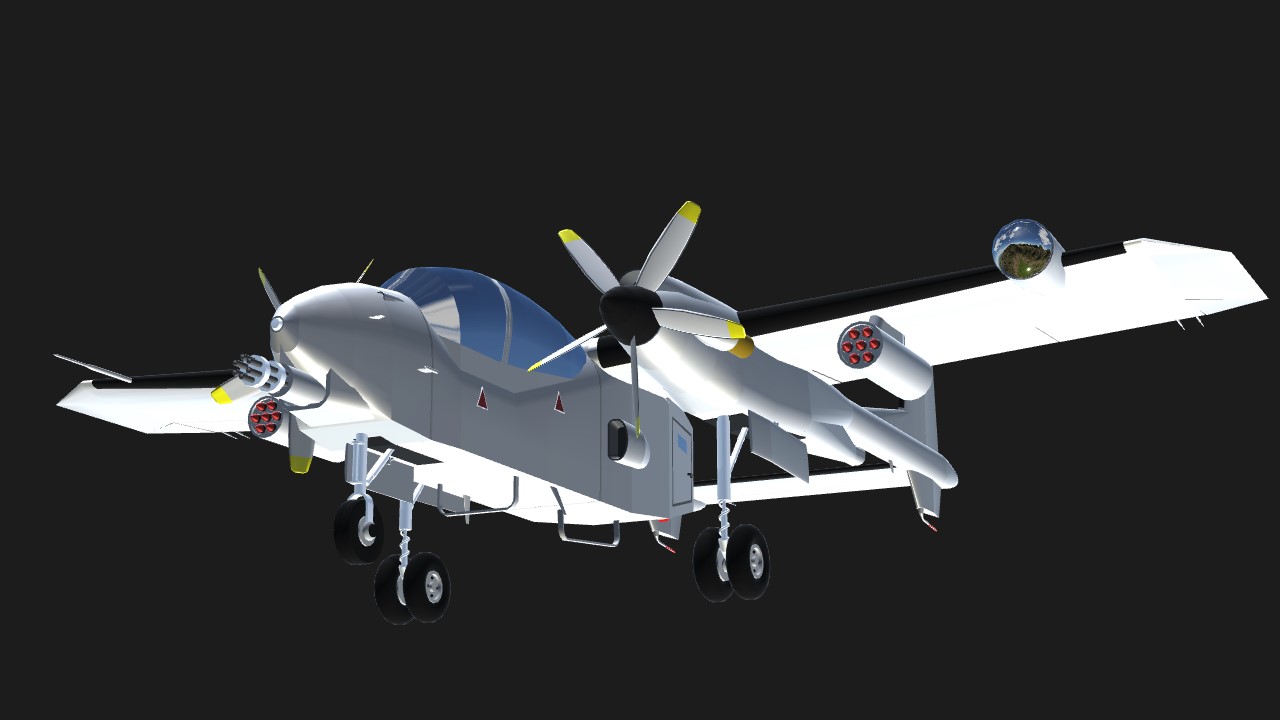 After the success of the OV-10 Bronco, North American Rockwell wanted to further update the aircraft with speed and armament. Their solution was the OV-2 Black Thunder. The aircraft's top speed at level flight is about 430 mph. It also comes equipped with a GAU-8 Avenger, which happens to be the same gatling gun that the A-10 uses! So in some ways, it's the turboprop A-10. It also features a powerful radar system on the left wing that allows for precise observation of enemy troops or aircraft. So this aircraft would fall into the "observation and attack" category. However, due to costly reasons, North American Rockwell couldn't afford to produce large amounts of this plane. So later the Bronco II was developed and was decided to be more egonomic.
Overall, this aircraft was a lot of fun to build. It also has high manueverbility and one powerful gatling gun. I experimented with using the cannon instead, but the issue was that it didn't have a high enough firing rate and the muzzle explosion was too dramatic. So I just modded the mini gun to be very powerful. 1=Nav Lights 2=Landing Light VTOL=Flaps G=LandingGear. Enjoy! 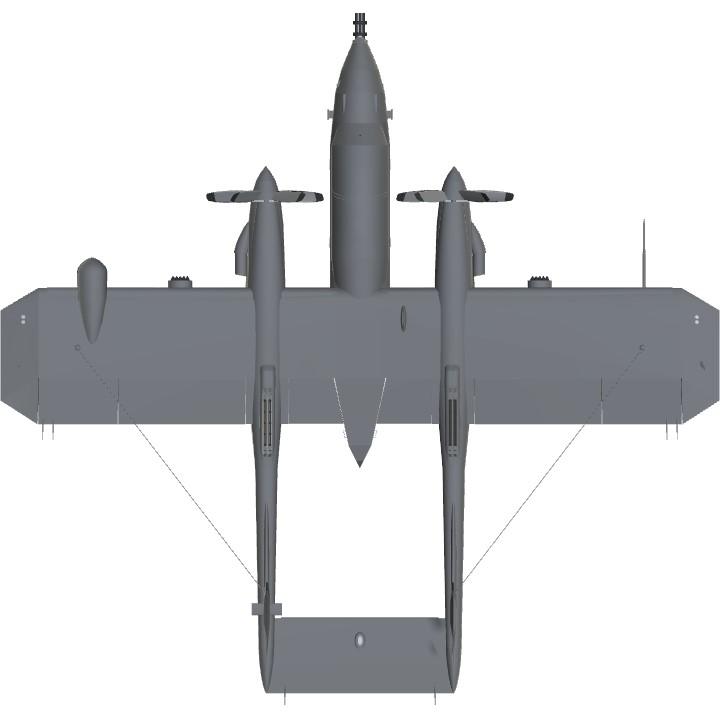 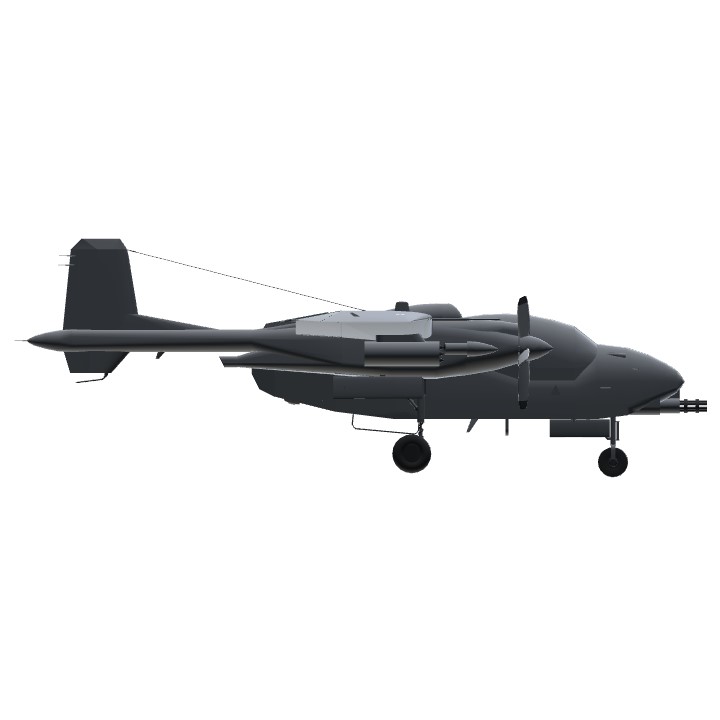 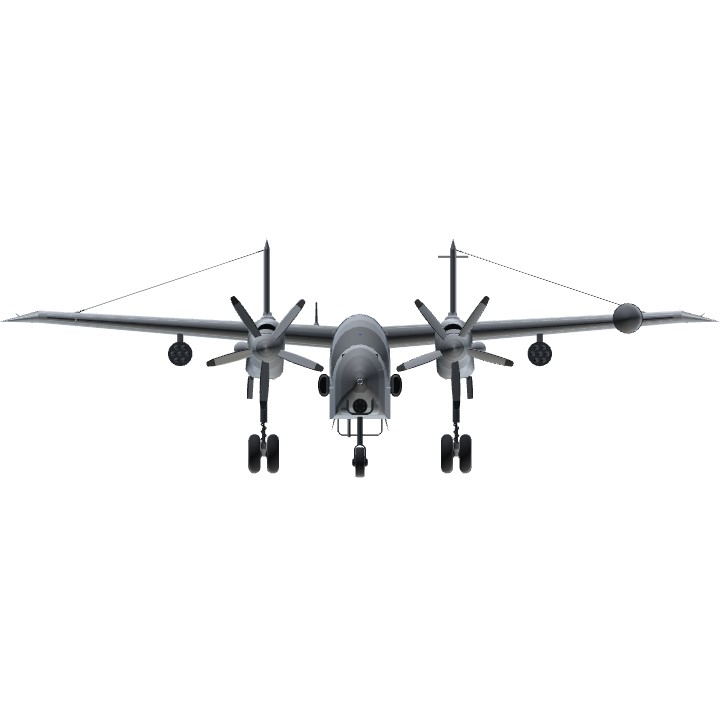