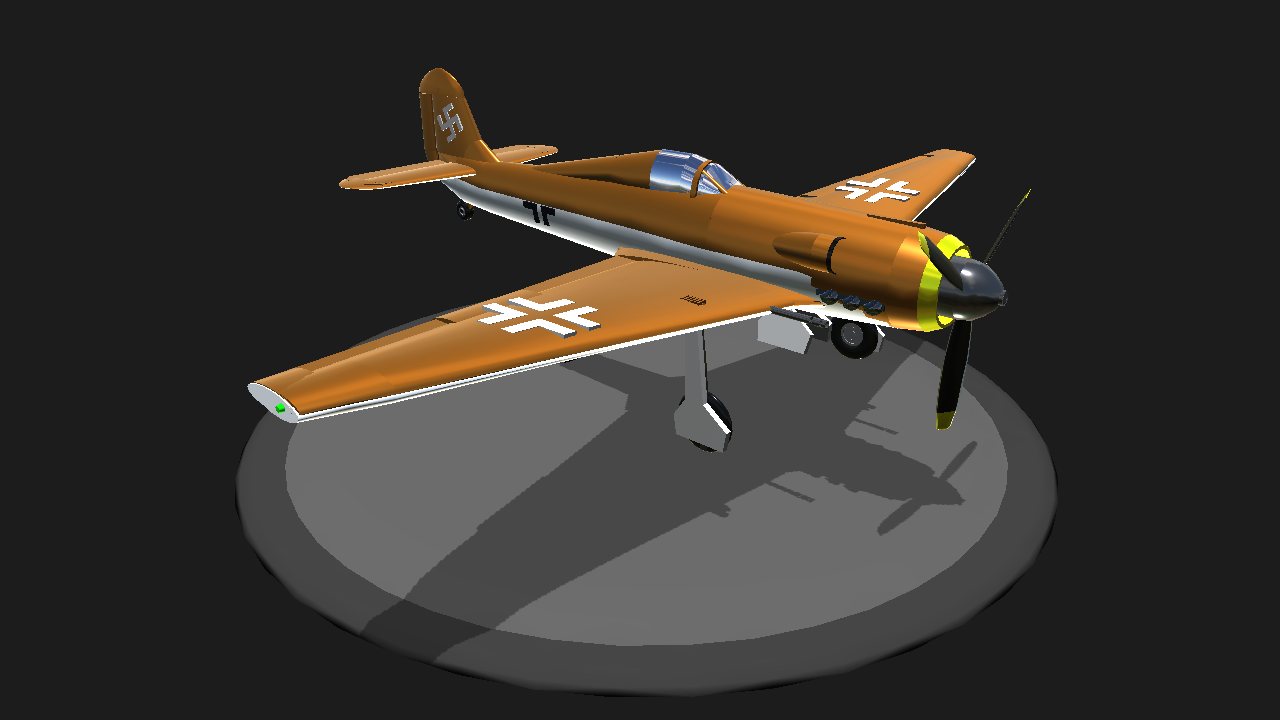 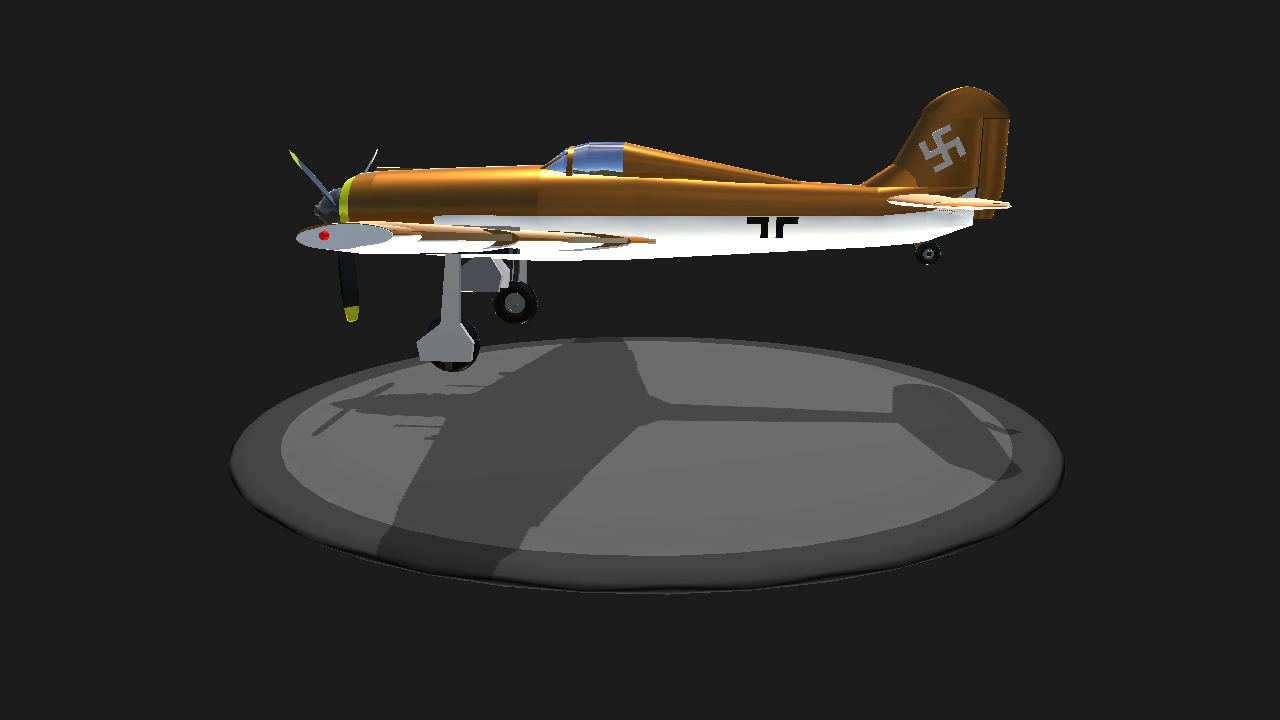 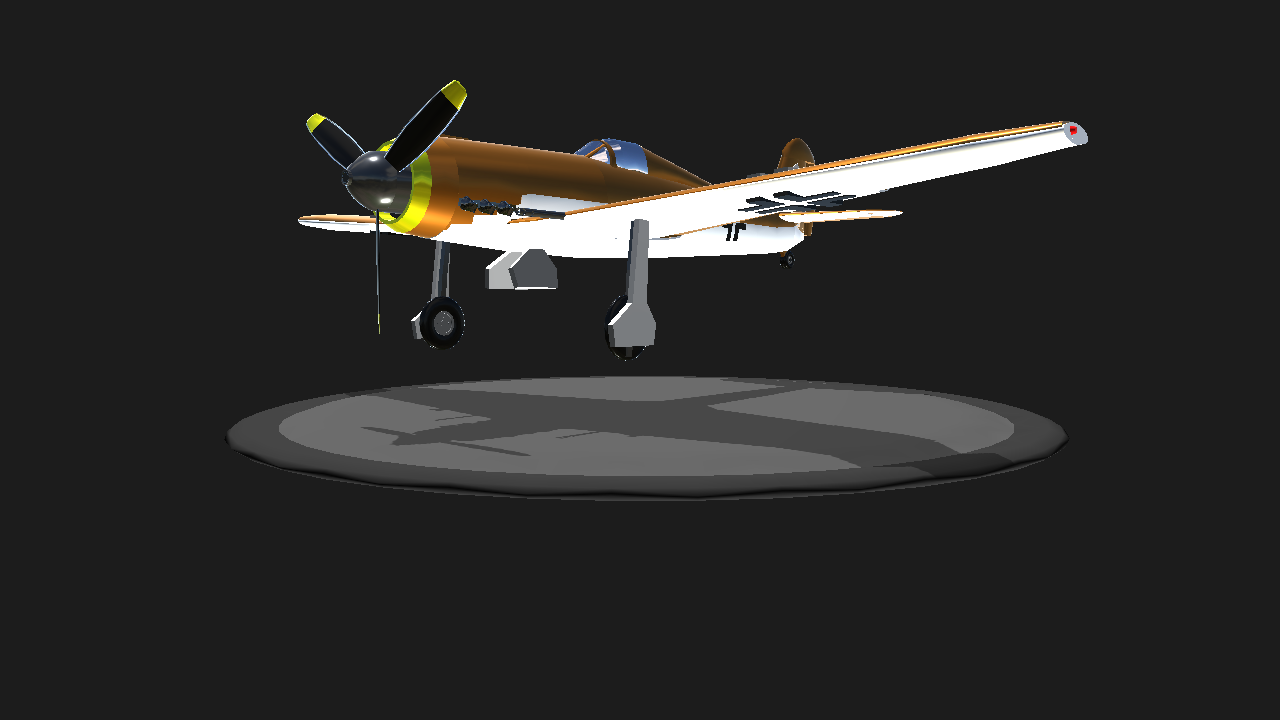 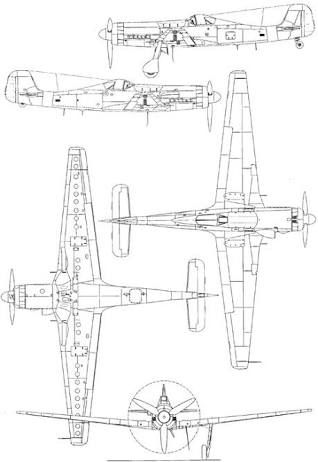 Wiki:
The Focke-Wulf Ta 152 was a World War IIGerman high-altitude fighter-interceptordesigned by Kurt Tank and produced byFocke-Wulf.
The Ta 152 was a development of the Focke-Wulf Fw 190 aircraft. It was intended to be made in at least three versions—the Ta 152HHöhenjäger ("high-altitude fighter"), the Ta 152C designed for medium-altitude operations and ground-attack using aDaimler-Benz DB 603 and smaller wing, and the Ta 152E fighter-reconnaissance aircraftwith the engine of the H model and the wing of the C model.

The first Ta 152H entered service with the Luftwaffe in January 1945. The Ta 152 was produced too late and in insufficient numbers to affect the outcome of the war. 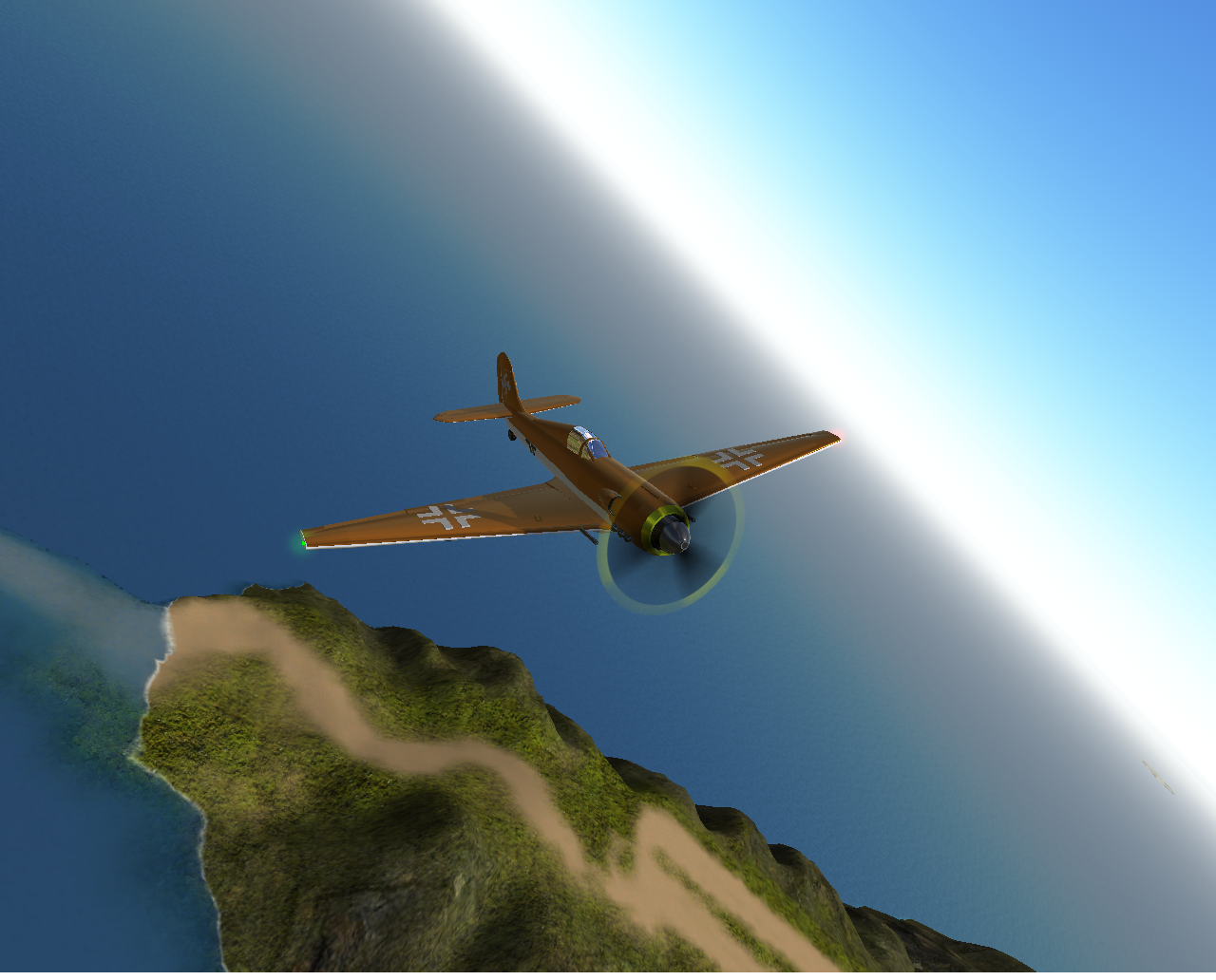 (Ps:if you're in a dog fight set throttle to 50%, because if you set the throttle to 100% it will produce more lift and harder to control.) 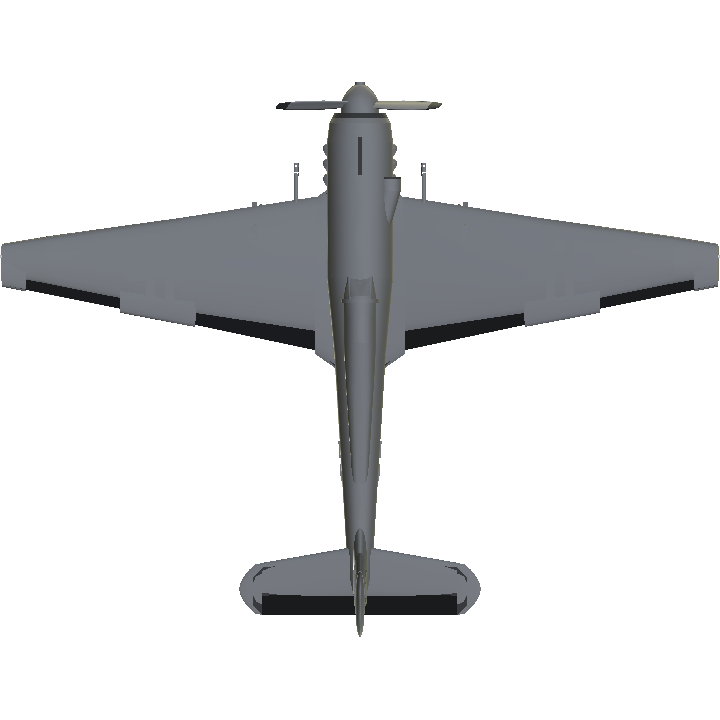 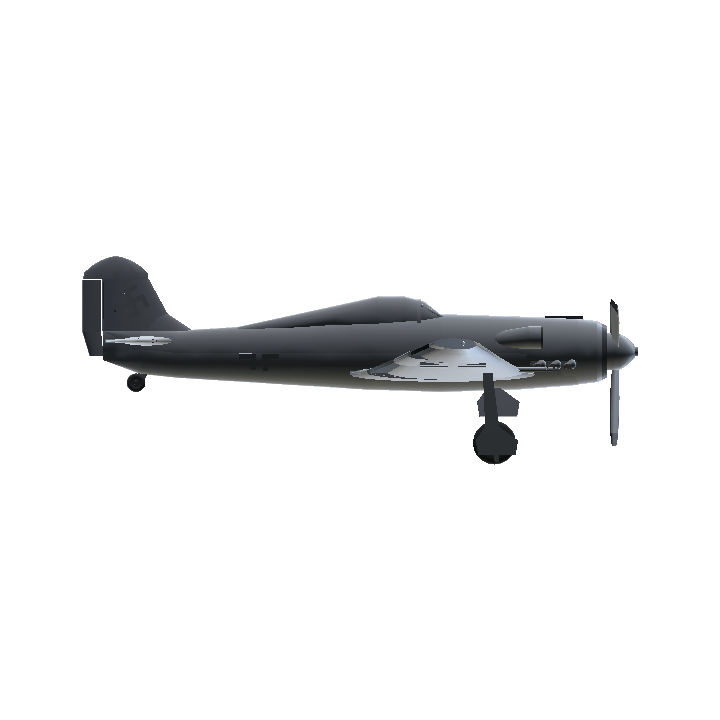 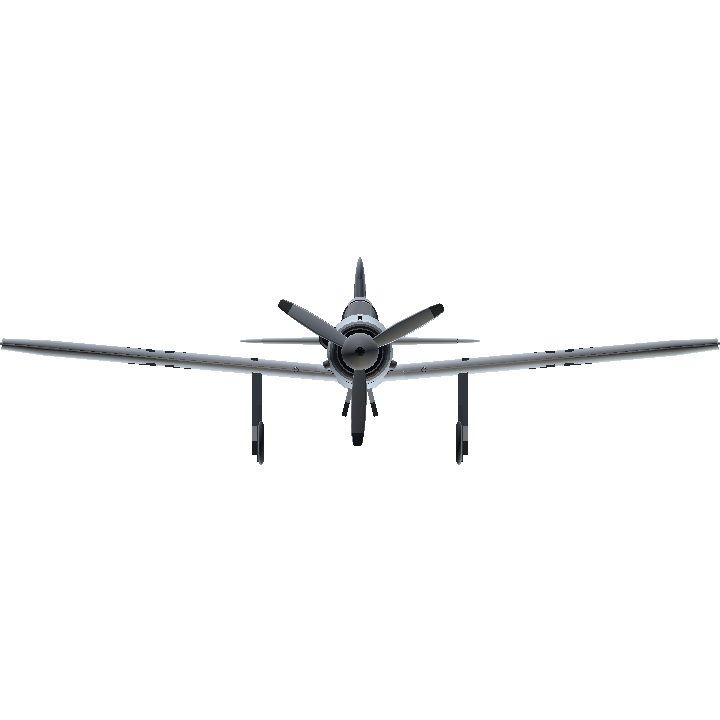